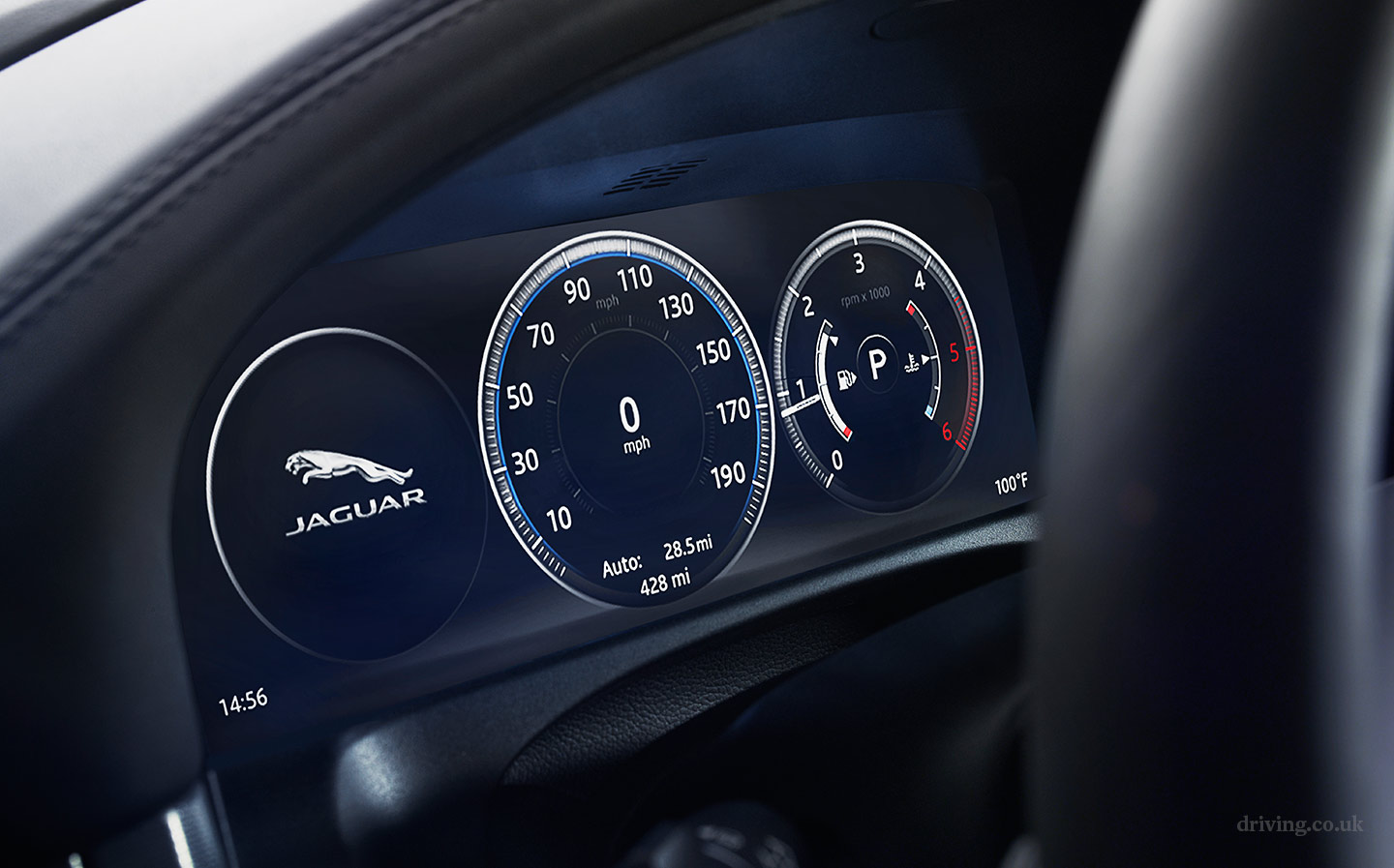 By Will Dron
Share Article
Still a compelling alternative to usual German options
At a glance
Pros
Excellent quality inside and out
Powerful, potent petrol options
Supple but engaging ride and handling
Cons
Not quite as rewarding on twisty roads as the 5-series
Sloping roofline restricts rear headroom
Supercharged V6 petrol has been canned
Specifications
Cars > Jaguar > XF

THE DEATH of the saloon car has been greatly exaggerated. In fact, according to Jaguar UK’s product expert, on hand during our drive this week of the latest XF iterations, there may even be a revival for the three-box body style.

The assertion at Jag’s informal briefing nearly caused me to choke on my latte, given what has happened to the car market in recent years — sport utility vehicles (SUVs) have dominated sales, knocking saloons (and people carriers) for six.

And Jaguar knows this better than any car maker. Last year, the high-riding F-Pace became its biggest seller, with a whopping 40% of its customers opting for the mid-size crossover, while last month the new E-Pace was even more popular than its big brother; expect it to become the company’s big hitter next year.

But a slightly upturn in saloon sales is enough for Jaguar to think we may be about to see a resurgence for the executive cruiser. Why? Jaguar’s spokesman had no idea but he scoffed at the suggestion they might one day have to kill off the XF, its mid-size exec saloon. There’s still strong demand for it, he said.

The first XF arrived in 2008 but that model was replaced in 2015 by the car you see here, known internally at Jaguar as the X260. The exterior styling updates are subtle, with the same coupé-like sloping roofline, and similar headlights and rear light cluster. But it has a slightly more aggressive look (as is the way these days) borrowing Jag’s new saloon styling language from the smaller XE, with a larger air intakes and bigger grille being the most obvious changes. 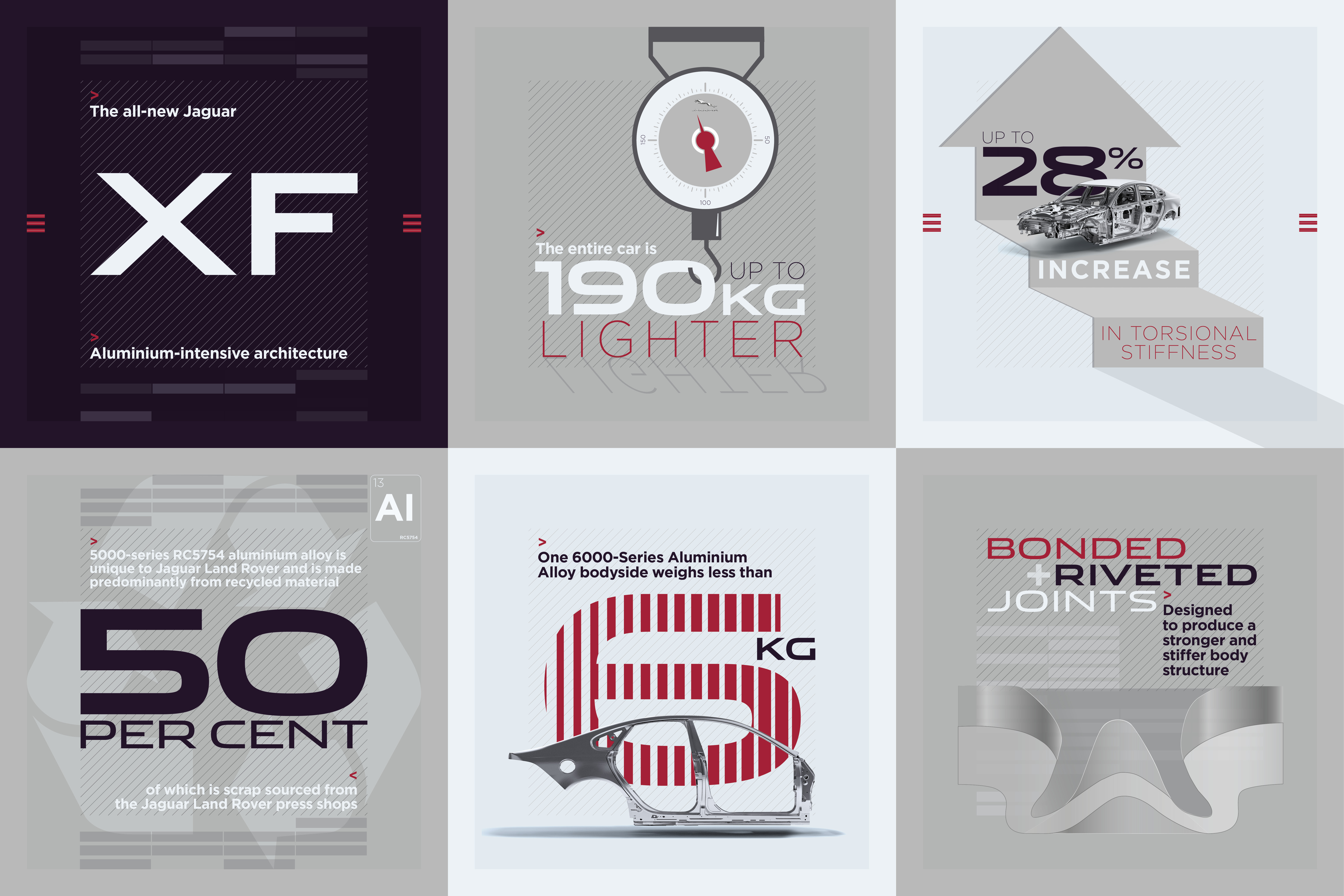 And this model is very slightly shorter than the old XF, by 7mm, but the distance between the front and rear wheels has grown by over 5cm, making it feel roomier inside.

This is particularly noticeable in the rear seats — two 6’3” passengers can sit in tandem, front and back, although if you’re that tall your head will almost touch the roof and the rear, and your knees will be a fair bit higher than your hips. But then, if you’re that tall not many cars will accommodate you comfortably in the back.

Open the boot, with its powered (and gesture-controlled) lid, and you’ll find it’s also spacious, with 540 litres of room for luggage — gargantuan for an executive saloon. There’s also a Sportbrake (estate) model, which should be a hit with dog owners and the country set, although to be honest they’re more likely to walk past the XF in the dealership and head straight for the F-Pace. Still, it does increase the XF’s utility.

Climb into the driver’s seat and the XF does make a lot of sense, though. It’s an extremely comfortable place to be, with the powered rake and reach adjustment for the steering wheel, and powered seat adjustment, making it easy to find the perfect driving position.

Glance around the cabin and the XF still exudes confidence and refinement, with a leather dash topped by what Jag calls its Riva Hoop (also found on the XE and XJ) — a characteristic protrusion running the width of the car where the dash meets the windscreen, which continues into the doors.

The XF also adds a dramatic flourish with air vents rotating and the gear select dial rising from the centre console when you turn on the power. Somehow these don’t seem like gimmicks; rather flashes of contemporary style.

All XFs have a 10-inch touchscreen infotainment system and smartphone connectivity but as part of Jaguar’s incremental updates, the 2018 model also includes Apple Carplay and Android Auto integration. Jag’s own menu system is greatly improved, and faster, in the second gen XF, especially post-2018, but if you’re a fan of either third party system (if you use Waze navigation, for example) this will be good news.

When you do hit the twists and turns of the countryside, you’ll find the XF has engaging handling, with a lithe front end

The dash and window line feel quite high in relation to the seat, making it feel like you’re sitting low in the car; a striking contrast with the feeling of driving an SUV, which tend to give the impression of sitting on top of, rather than inside the car.

The combination of comfort and sportiness continue out on the road. Under the bonnet you can specify a 2-litre, four-cylinder  petrol engine with (from 2018) 197bhp, 247bhp or 296bhp, in the 300 Sport model.

Most XFs send power to the rear wheels but you can also get all-wheel drive versions of the more powerful 2-litre petrol and diesel variants, with both six-speed manual and eight-speed automatic transmissions, and electronic “all-surface progress control” allows you to set the car into Dynamic, Normal, Snow or Eco modes, to set the traction, power and dampers up to suit conditions.

Jaguar is keen to highlight its new petrol engines, for obvious reasons (#dieselgate), so we tried the XF with the mid-powered unit and found it to be gutsy, with power coming in a wave from under 2,000rpm, with smooth delivery as speed increases.

We also tested the 296bhp engine (although in the XE), which offers a more potent experience with a growlier soundtrack.

Diesel may still be the right option for many, though, especially considering XFs are likely to spend much of their time hammering up and down motorways.

When you do hit the twists and turns of the countryside, you’ll find the XF has engaging handling, with a lithe front end. Turn the wheel hard left and right and it can become unsettled in a way that a BMW 5-series won’t, but for quick progress along sweeping roads the XF offers a splendid alchemy of refinement and driving pleasure.

Our test car was shod with 20in wheels, the largest on offer, and even these big rims, which take thinner tyres and so have less inherent shock absorption, offered a composed and supple ride on a combination of A and B roads.

Sticking it in Dynamic mode firmed up the suspension, made the engine more responsive and added weight to the steering on the 247bhp Portfolio model, but not in extremis; the standard XF never feels like a wild performance car.

The XF, then, does have a fun side but remains a grown up, sophisticated offering in the saloon segment. The loss of the petrol-powered XF S is a shame to steely-eye helmspeople, but it’s perhaps evidence that buyers aren’t after an in-your-face driving experience from the Jag; they just want to arrive in comfort and style, and the XF delivers that in spades. Apparently doing it well enough to ensure this saloon car, at least, has a bright future.