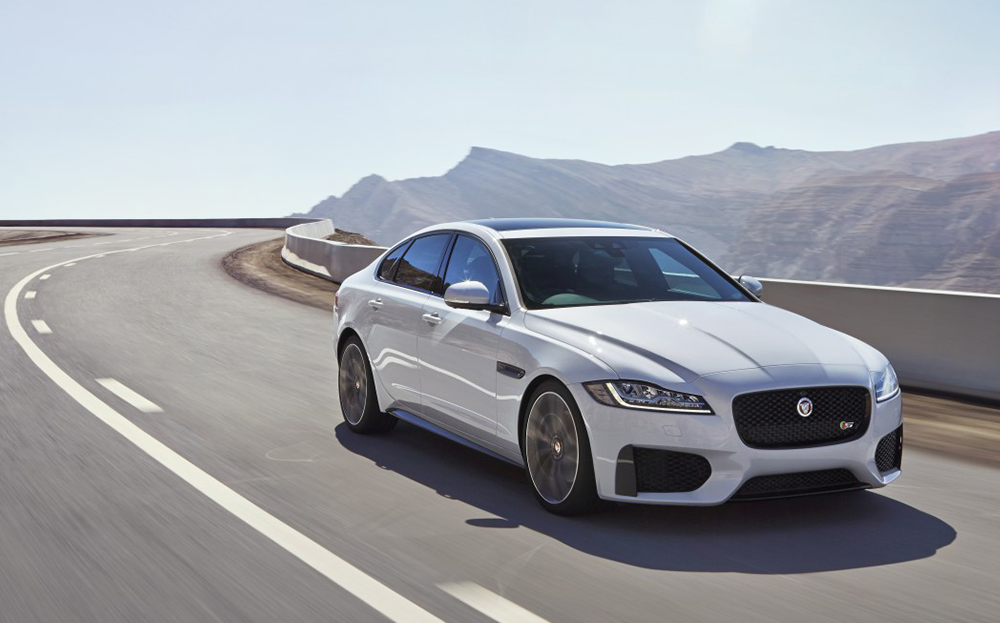 IAN CALLUM, Jaguar’s design boss and the man responsible for the all-new XF, begins his introduction of the new car by slightly dissing the old one. The grille’s too small, he says, and the styling lacks strength, and there’s not enough room in the back. This is a bit of a surprise because the person responsible for the original 2007 XF is one Ian Callum.

It’s a measure of the man’s position at the company and of his talent that he can mildly denigrate one of his previous efforts while introducing its replacement (well, Callum did design the rather fabulous Aston Martin DB7 and developed the DB9, so he’s got a bit of form).

For Jaguar, this is a crucial model, with the task of taking the fight to the likes of the BMW 5-series, Audi A6 and Mercedes E-class. The XF comes hard on the heels of the XE that Jaguar launched earlier this year to challenge the BMW 3-series.

First off, the looks: the new XF’s roofline is a bit lower than the old model and the wheelbase has been stretched by about 2in so there is no argument that the new car has a more aggressive, four-square stance. It’s less effete than the old XF, then, with a larger grille that stands pretty much perfectly upright.

That gives the bluff nose a real “Jaguar” feel; Callum says projecting that identity is crucial, as there are many markets around the world where people reckon Jaguar means a large furry animal best left alone. Handsome LED lights front and rear also help distinguish the car on the road.

The interior is real step up too. Dominating the centre console is a touchscreen display for infotainment and navigation. It’s a good-looking layout, even though the display’s location means the central air vents sit a little awkwardly in the shallow area between the top of the display and the dashboard. But the larger outboard air vents do retain the old model’s trick of rotating the vent covers to reveal them when you start up. It’s still a strangely satisfying albeit pointless bit of theatre. 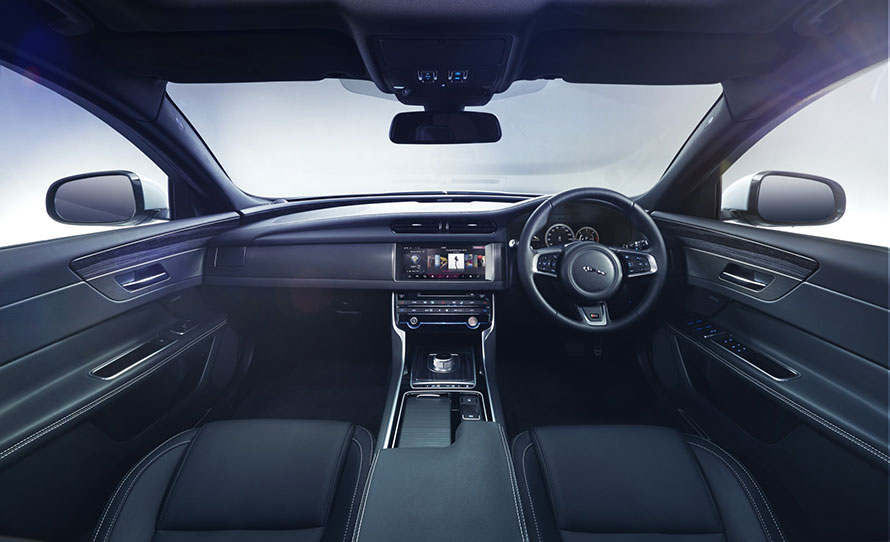 The driving position is superb; you sit really low down, and with a relatively high dashboard and wide centre console the XF does feel quite cocooning in the way you’d expect of a sporting Jag.

But one of the biggest advances in the interior is in the back; that increased wheelbase has liberated masses of legroom and even though the roofline is slightly lower, there’s much more headroom too. I’m 6ft 2in and had plenty of room to spread out behind. It’s a very comfortable space to spend time and much better than the previous car.

The XF now gains Jaguar’s new Ingenium 161bhp (but also available with 177bhp) 2-litre four-cylinder turbodiesel engine, which the company claims is the lightest and most efficient diesel in the class. (For the record, that’s 70.6mpg and 104g/km CO2.) This unit will, by a large margin, be the most popular choice in the UK; the low emissions and excellent efficiency make it a no-brainer for company car drivers.

The other diesel offering is a potent 3-litre 296bhp twin-turbo V6, plus there’s a 3-litre supercharged V6 petrol unit developing a quite stout 375bhp.

We tried the petrol V6, and the 177bhp and 296bhp diesels. Given its power, the supercharged petrol V6 is as fast as you would expect, with 62mph flashing past in 5.3 seconds. It would be quite nice to have an equally inspiring exhaust note to go with all that excitement, but it’s just a tuneless blare at the moment. A little of the Jaguar F-type’s crackling sonic magic wouldn’t go amiss here. 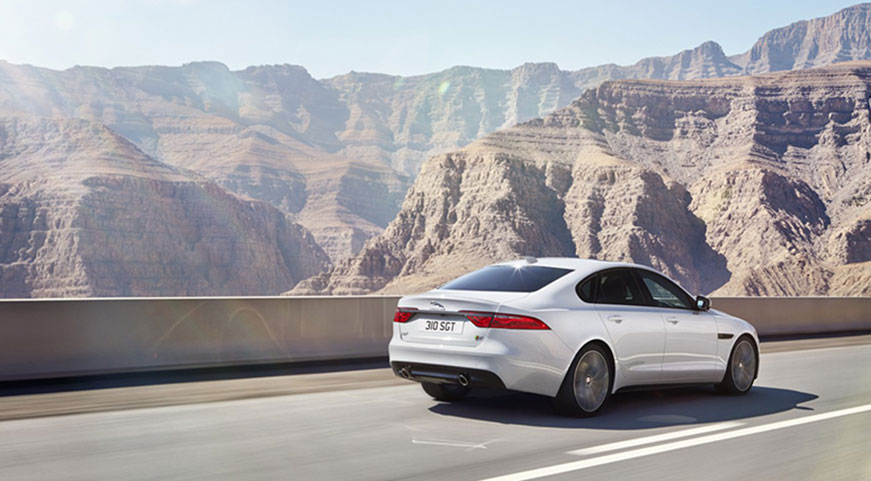 Taking the petrol V6 onto a racetrack revealed a car that handled very well indeed, steering with precision. And on some of the monstrously fast and twisting roads in northern Spain, the car never felt anything less than composed. That is not said lightly; the XF is capable of quick changes of direction, partly thanks to extensive use of aluminium in its construction and weight savings up to 190kg, and if it were any less precise in its response it could be flighty.

With the 2-litre diesel unit expected to be the big seller, we also had a long run in the 177bhp Ingenium-equipped XF. Power is fed through a super-smooth-shifting eight-speed automatic and the engine is best at cruising but a bit gruff when you order up all the beans. It’s perfectly liveable with, though, and reasonably refined when not pushed.

But on those challenging, tight roads, it was the V6 twin-turbodiesel that really stood out, with all that torque slingshotting us out of corners. It was the most fun of the three engines we tried.

So the XF is taking aim at some of the toughest competition any car maker can face. Is Callum’s quiet confidence justified? On the early evidence, yes it is.