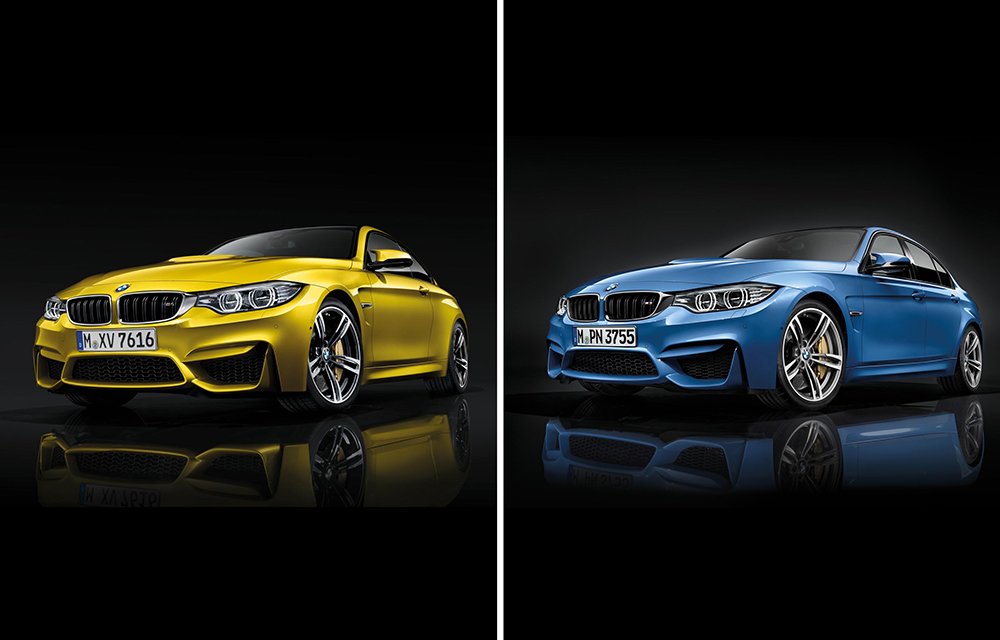 ONE PARTICULAR corner of the Algarve International Circuit in Portamao, Portugal is described to us by an instructor as “quite dangerous”. It’s the one that brings you onto the start/finish straight and you enter it at about 95mph, but you can’t see the exit and have to guess where the apex is. If you guess wrong and lift, the car will go light over the crest at 100mph-plus with the likelihood of an “off” following shortly thereafter.

Search for and buy a used BMW M3 on driving.co.uk

This track is where BMW chose to bring a small group of journalists to sample two of its newest, and hottest, models: the fifth-generation M3 and the 4-series-based M4, which replaces the previous M3 coupé. Letting them loose on its final corner was confidence on a heroic scale – the company was plainly counting on the rightness of its cars to save even the most cack-handed journo from his own idiocy. Sort of like handing a seven-year old a loaded Glock and saying, “Don’t worry everyone, the safety catch is on!”

The new M3 saloon and its M4 coupé sibling share identical mechanical and performance specifications, the headlines being 425bhp, a huge 405 lb ft of torque, 0-62mph in 4.3sec and a 155mph top end. And even though the M4 displays a sleeker, more powerful stance than the M3, it also shares the same wheelbase and front/rear track as the saloon.

Every angle of the M4 exudes menace. At the front there are massive air intakes and a prominent power bulge on the bonnet. The sides feature big arch flares and cooling gills ahead of the doors. The rear has four shotgun-barrel exhausts and complex diffusers (which are functional). The M3 saloon gets the same touches but doesn’t look quite as sharky and louche as the M4. 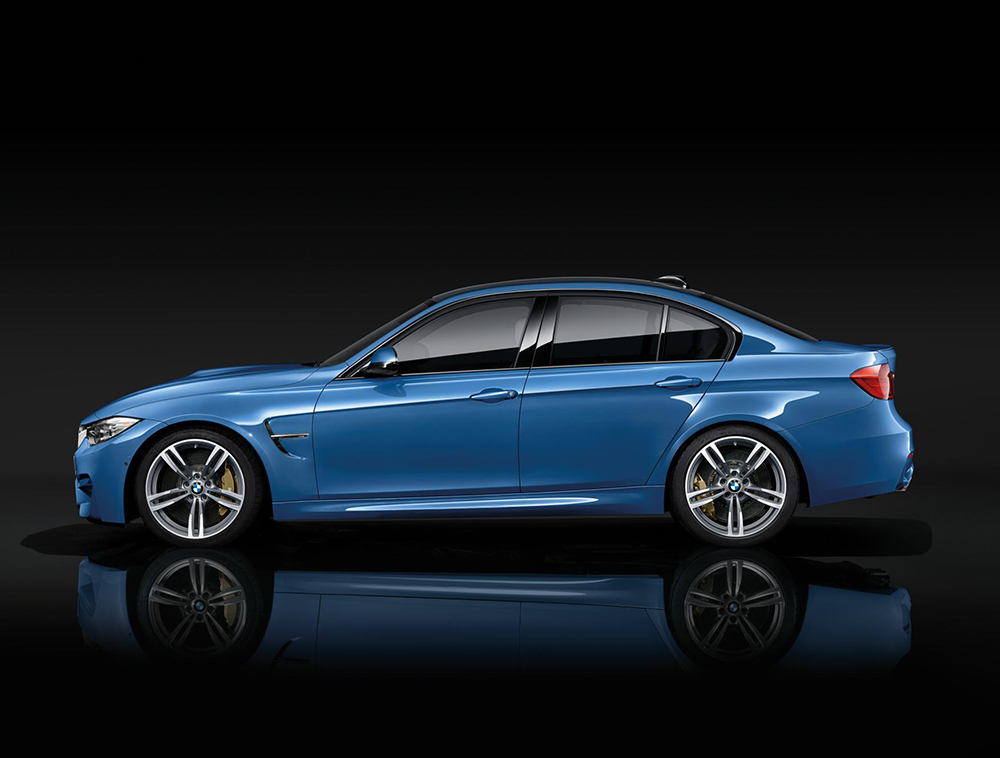 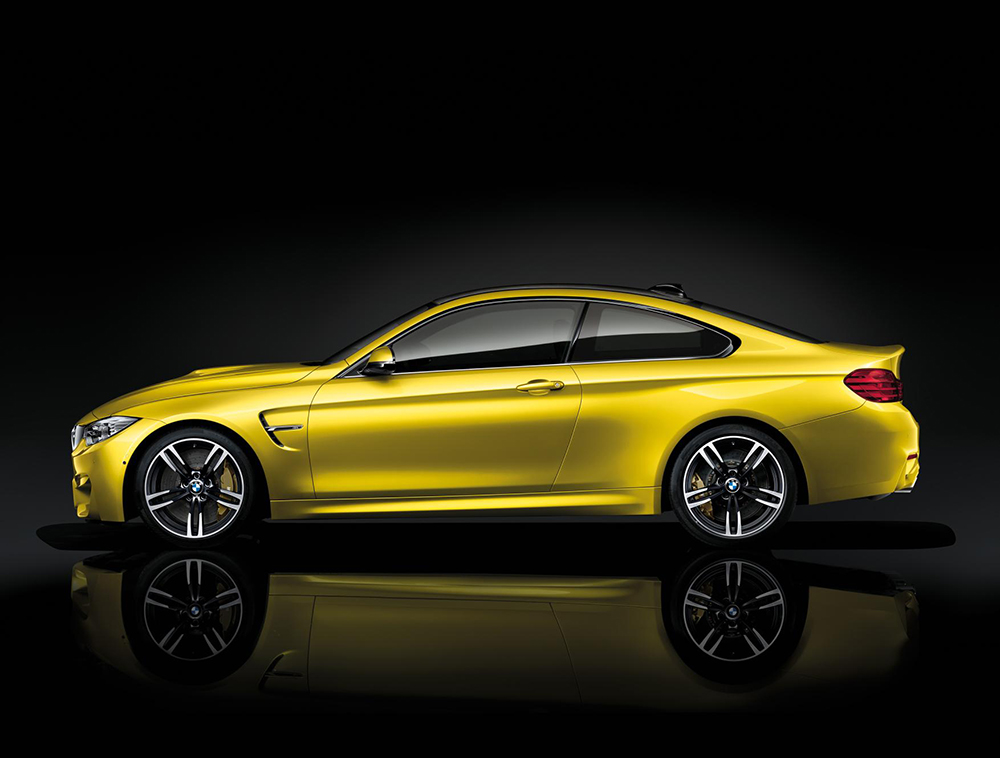 So whether you’re coming or going in either car, onlookers will know that these are the most powerful 3 and 4-series cars in their ranges, by quite a long chalk. What they probably won’t clock – unless they are M-cognoscenti – is that this is the first M3 in the model’s more than a quarter-century history to feature a turbocharged engine. The last one was a naturally aspirated V8; this one is a twin-turbo straight-six.

It’s a very different beast, trading the V8’s guttural thunder for a more motorsport-grade wail. It revs all the way to 7600rpm, which is good going for a turbo. And while both cars come with a six-speed manual gearbox as standard, that would never be my choice ‒not with BMW’s excellent DCT twin-clutch seven-speed automatic on offer.

Whether you’re coming or going in either car, onlookers will know that these are the most powerful 3 and 4-based cars in their ranges, by quite a long chalk

The other significant development on the new BMW M3, and included with the M4, is one of the most intelligent rear differentials on the market. It’s called Active M Differential. It’s a limited-slip diff that works with the Dynamic Stability Control to keep the car on the black stuff, while making sure the wheel with the grip gets the power. That’s not revolutionary stuff, but the M car does it spectacularly well.

There are effectively three modes for suspension stiffness and steering weight. Comfort, Sport and Sport+ do pretty much what you’d expect. The stiffest suspension setting is best left to track days, while Comfort does a reasonably good job of smoothing out bad surfaces. That said, these M cars are no Jaguars, but nor are they pretending to be.

Instead, they accelerate with an urgency the official performance figures alone cannot convey. First there’s the noise: a feral yowl that goes for another 1000rpm when your instinct says “that’s got to be the limit”. I don’t know what the figure is, but the time each model takes to sprint from 0-120mph is astonishingly short. That’s partly because their fat 405 lb ft of torque (40% more than the last M3) is on tap all the way from 1850rpm to 5500rpm. And the seven-speed DCT’s ratios have been tuned for this engine, so you’re never more than a paddle-shift prod away from “Houston we have lift off” thrust. Compared with the DCT, the six-speed manual feels very old tech, and the cars are actually slower to 62mph with this gearbox. 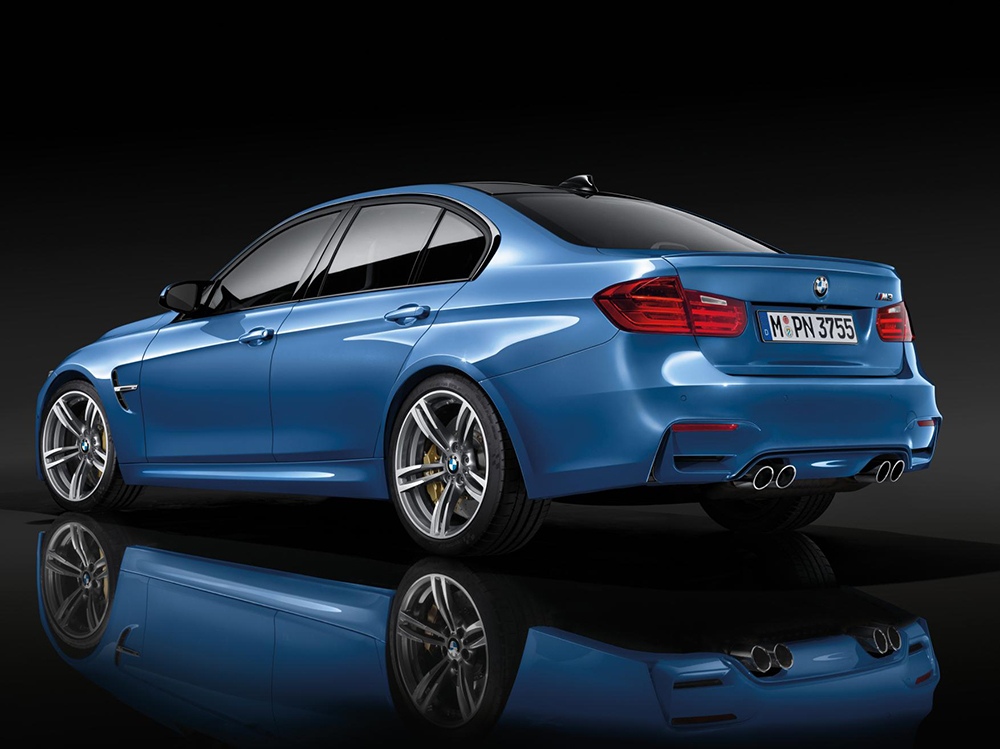 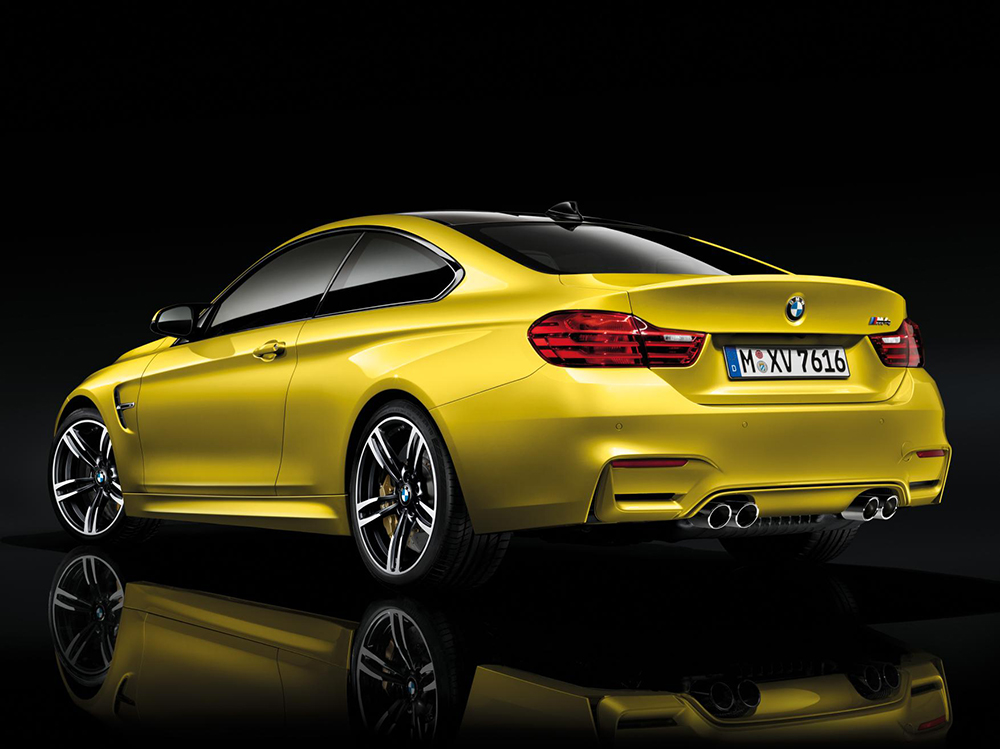 One of the goals BMW had for the new M-cars was to improve agility, particularly on the kind of roads that undulate, snake in crazy directions and combine very fast corners with hairpins. And we got plenty of those on the way to the circuit.

Combined with their low weight (the new M3 is 80kg lighter than the old) and that very clever differential, the new M-cars are sensationally unflappable when being driven hard. Following an M4, I could see graphic evidence of the differential at work. In tight corners, the outside rear wheel left a black line as the power went where it could be put down most effectively.

The cars’ ability to change direction – with that diff tying down any waywardness – meant fast progress was hugely amusing and secure. Steering feel, though, isn’t brilliant in any mode but front-end grip is simply massive. On the road, if this car is understeering, you’re probably having a crash. 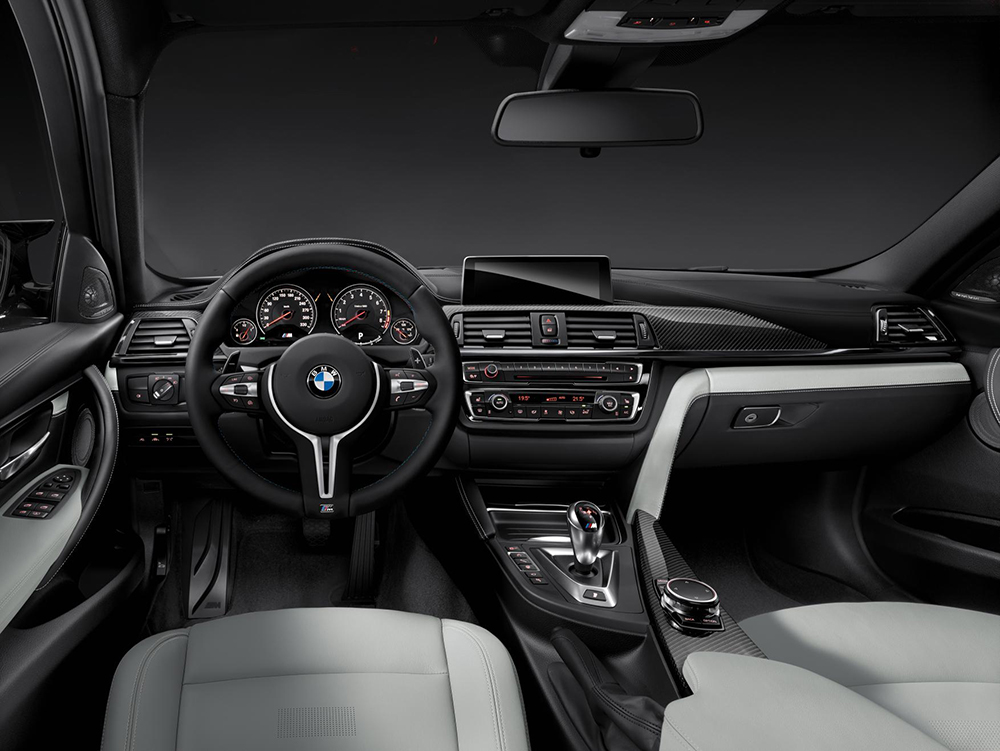 But back to the track and The Corner, which to my secret relief had been coned off – the safety catch left firmly on. Fortunately, the 14 remaining corners provided more than enough challenge for the M-cars. The speed and agility on offer was astounding and the grip from the Michelin tyres, which have been engineered specifically for the M-cars, gave everyone the confidence to go a bit quicker on the next lap.

Going flat out on track, you do notice that full DSC intervenes quite brutally if you try to powerslide. There is a halfway house – M Dynamic mode – which allows a bit of slidey action before the electronics step in to restore order. But this being a BMW, you can kill the DSC entirely and rely on your own abilities to keep the car facing south when south is the way you’re going. It’ll slide heroically sideways all day, or, as one journalist discovered first hand, until the rear tyres delaminate (the culprit shall remain nameless).

Nobody fell off the track during a furious session of maximum attack laps, which is due in no small part to the new M-cars’ “rightness”. And while BMW opted to play it safe, I think if it had left The Corner open, it would have been all right on the day.

Both of these M-cars are hysterically fast, engaging and outrageously good to drive. In other words, worthy M-successors.

Mercedes-Benz C63 AMG, £57,300
For One of the most sensational V8s out there Against Doesn’t really look special enough
Search for and buy a Mercedes C63 AMG on driving.co.uk

Audi RS5, £59,870
For Quattro four-wheel drive gives the Audi great poor weather pace Against It’s not nearly as much fun to drive as the M4
Search for and buy an Audi RS5 on driving.co.uk