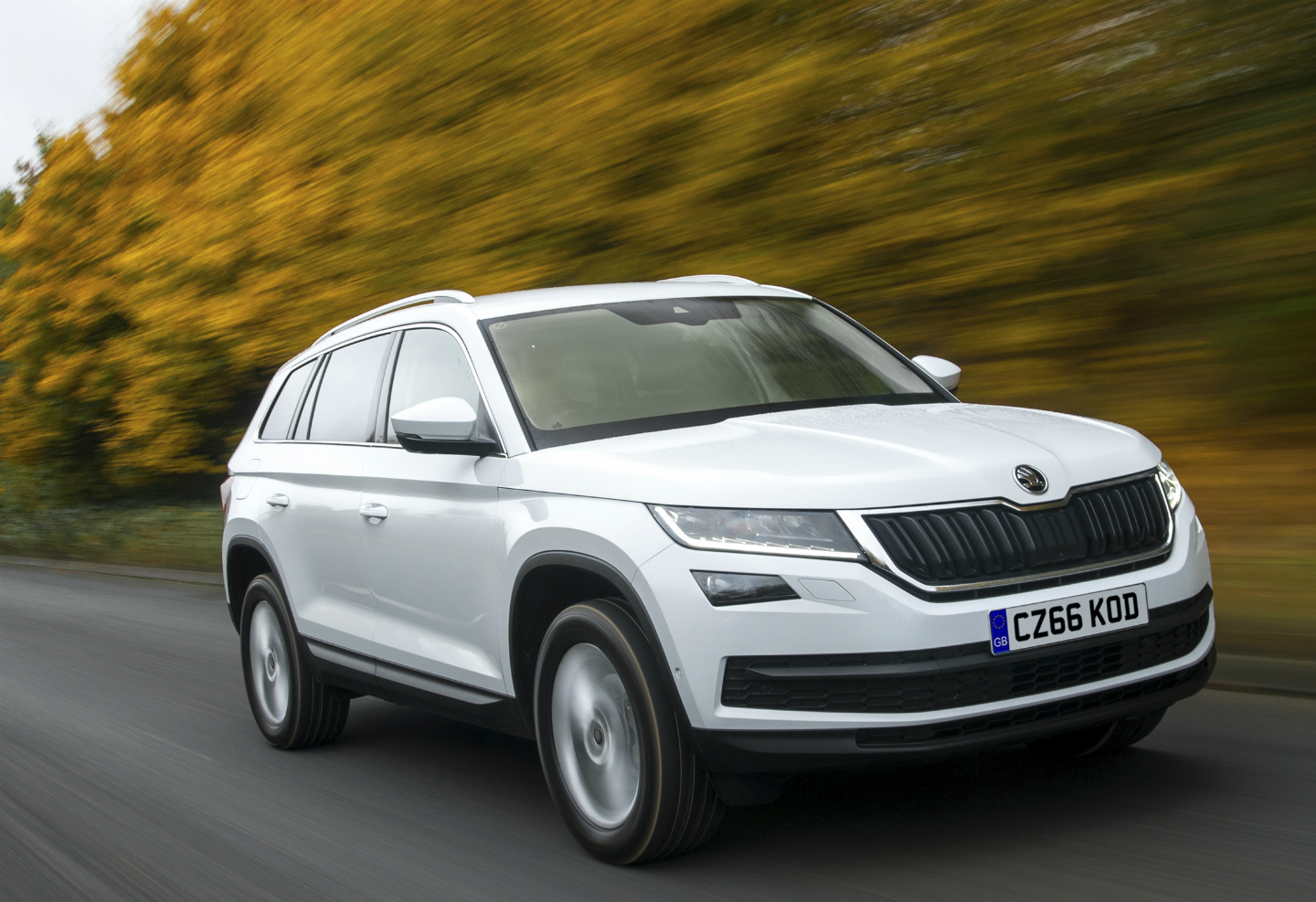 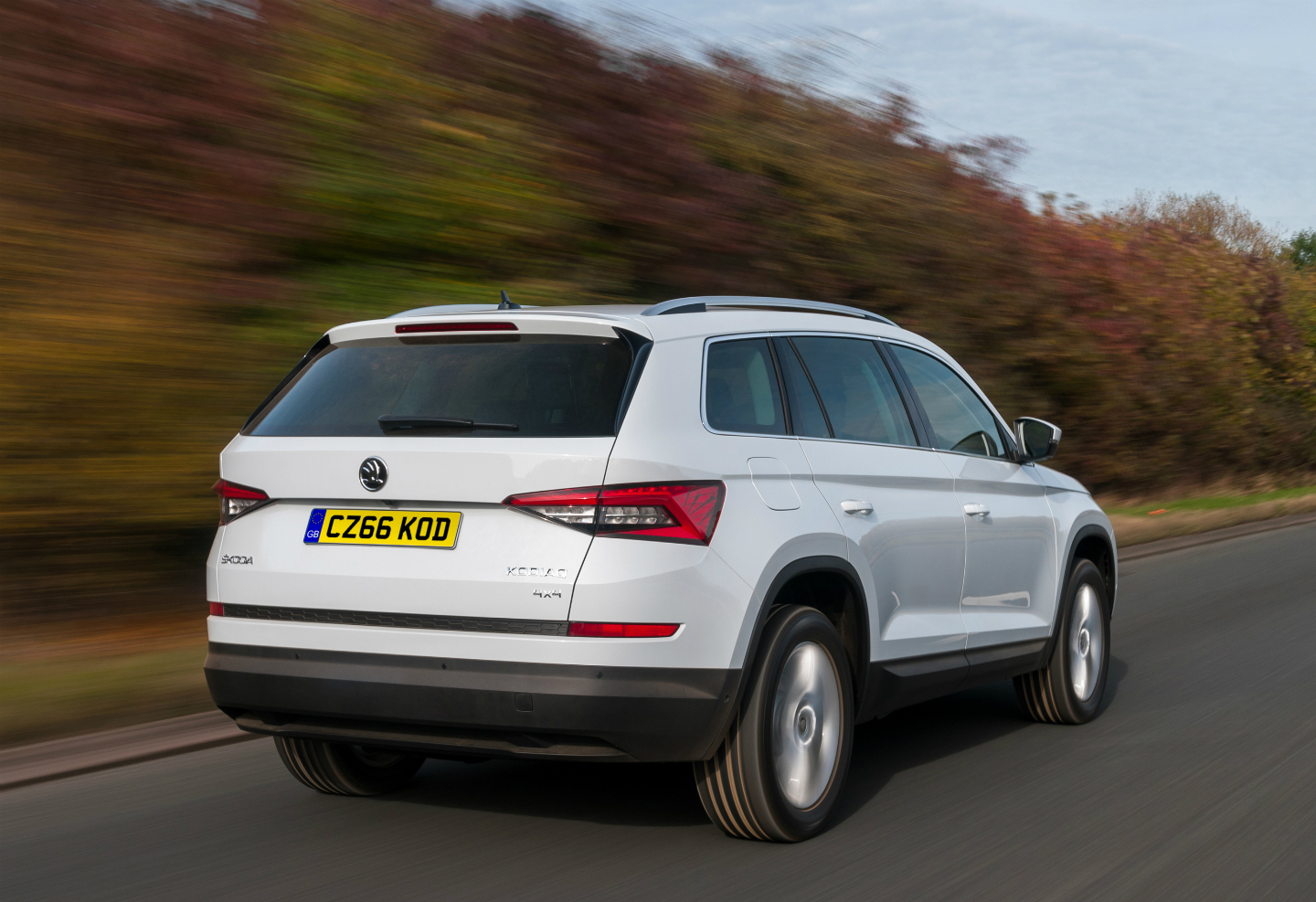 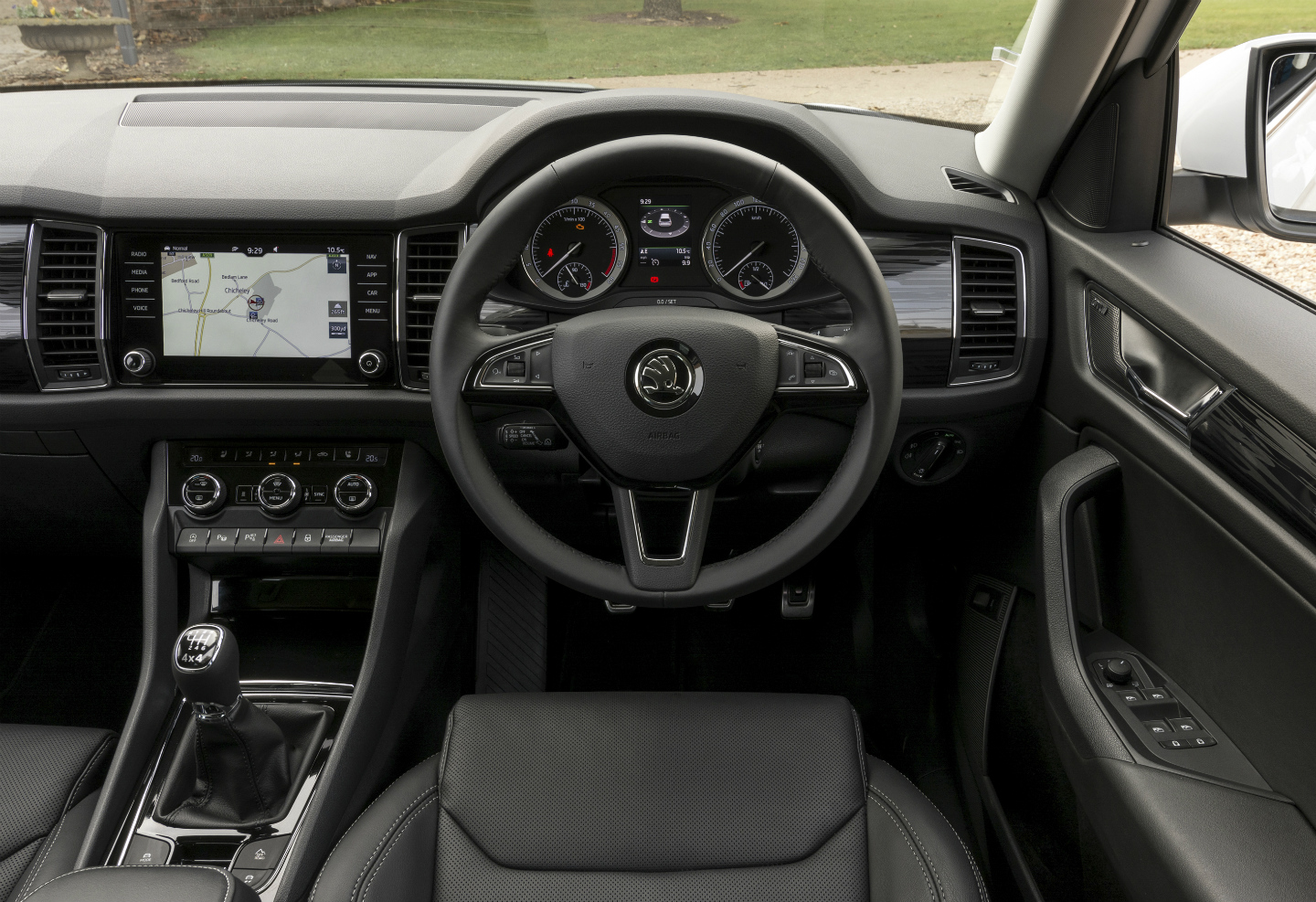 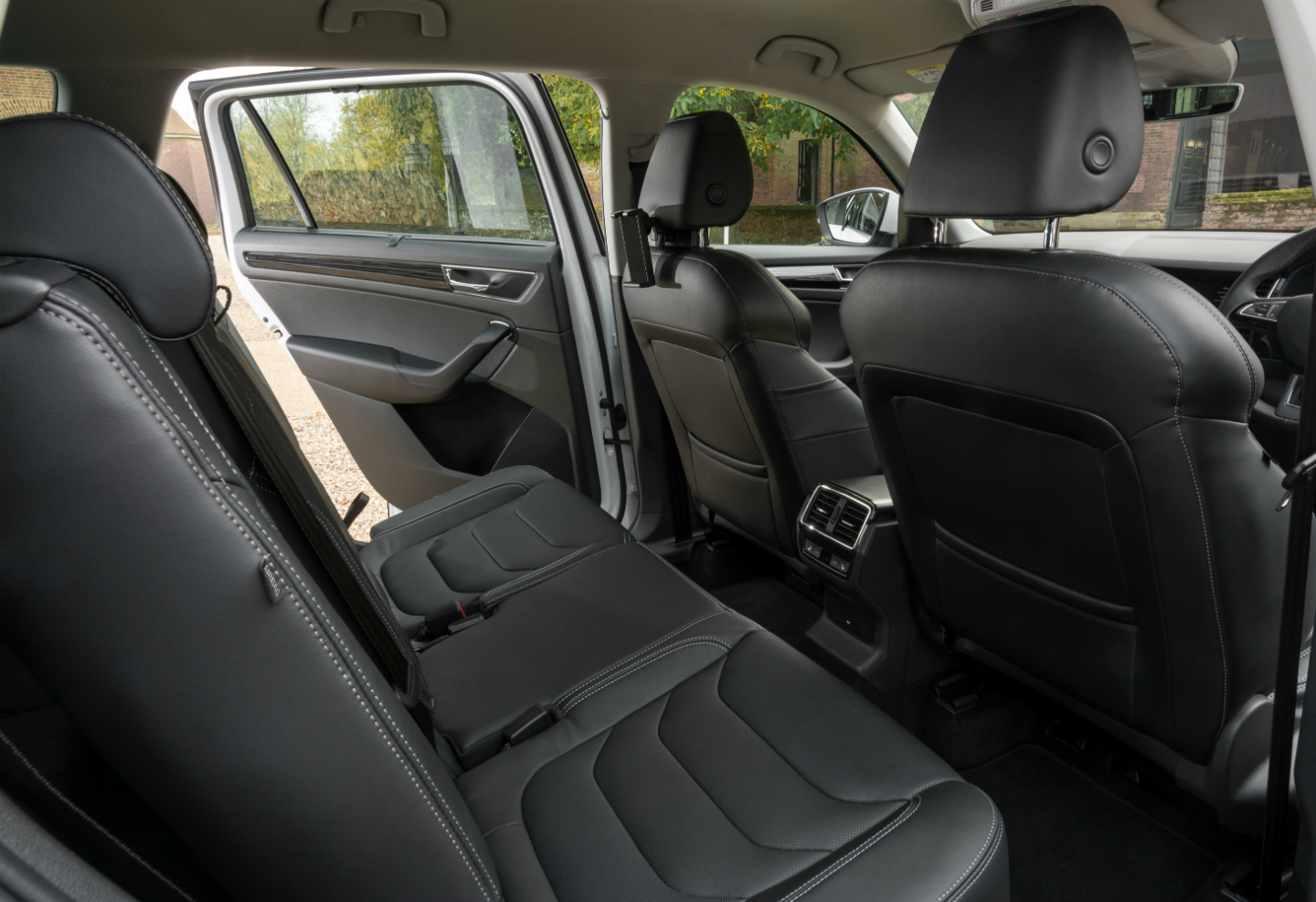 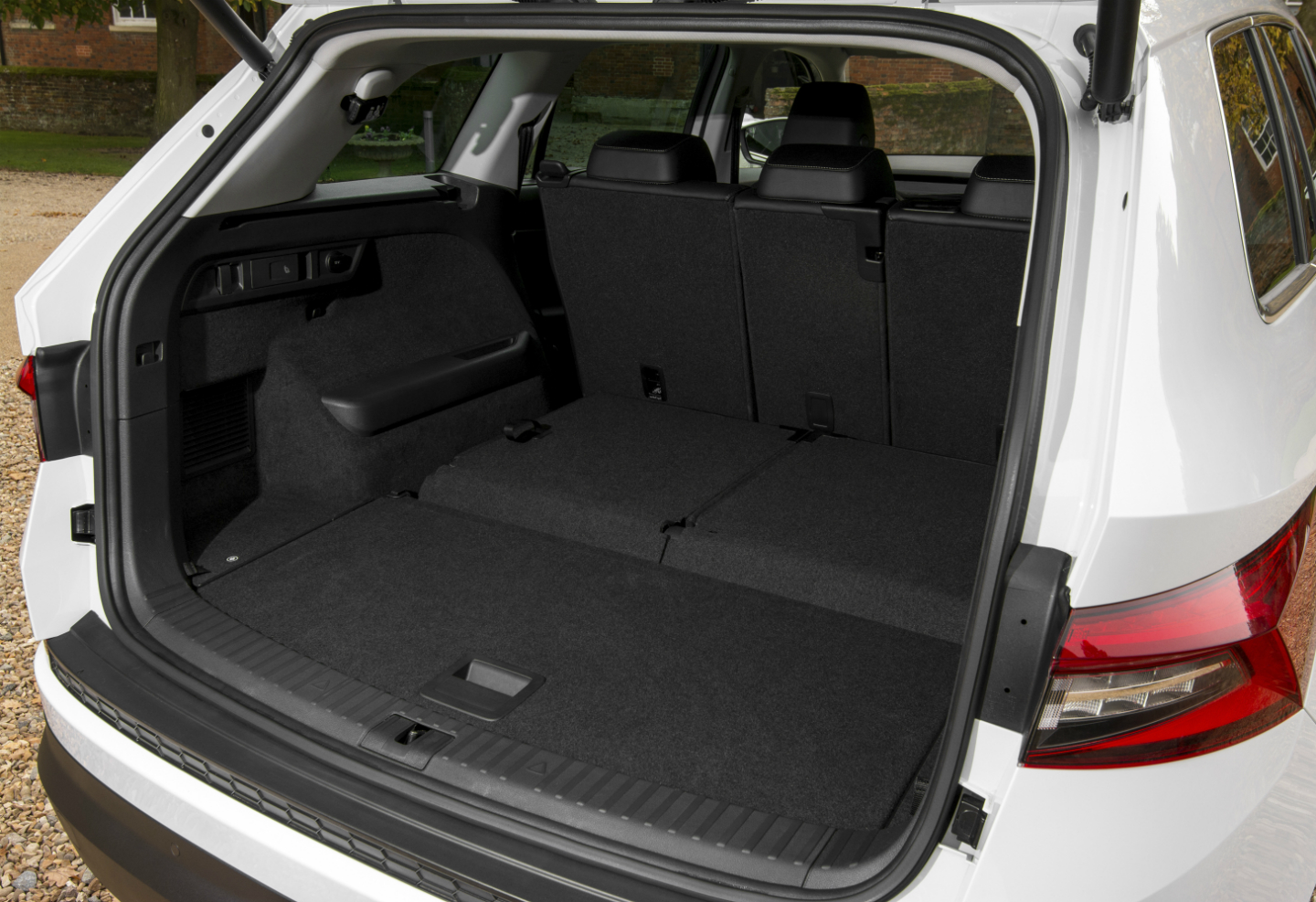 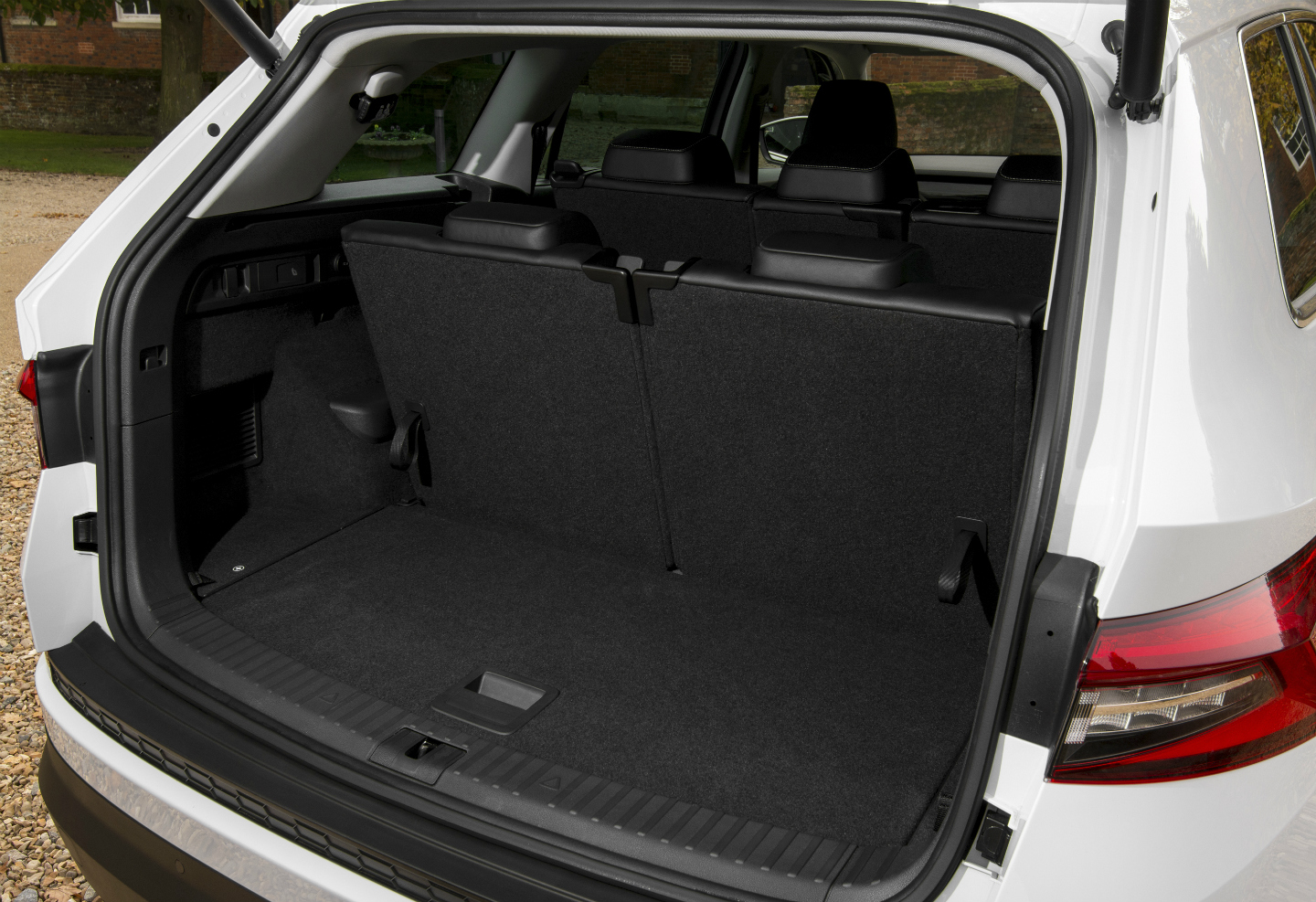 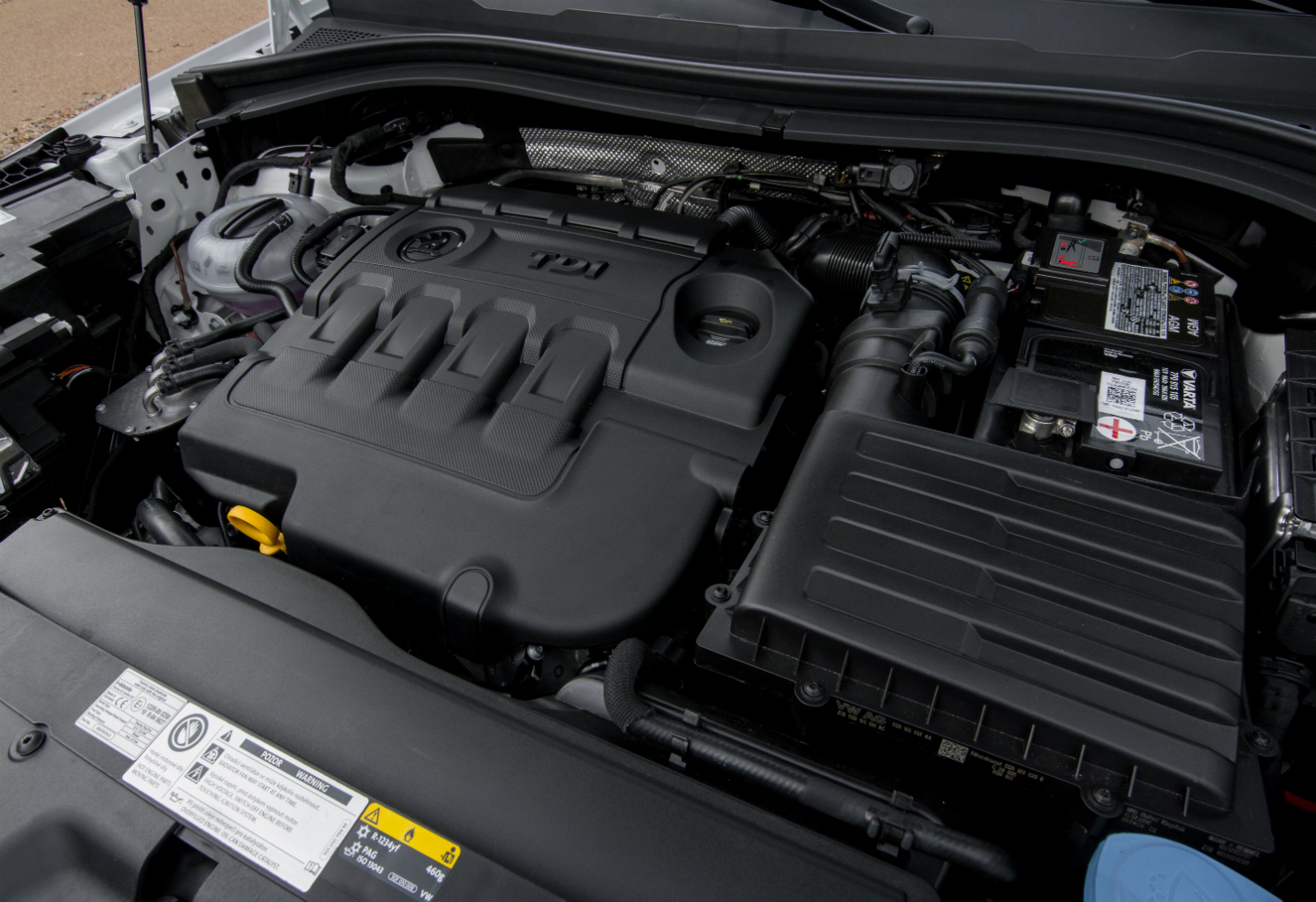 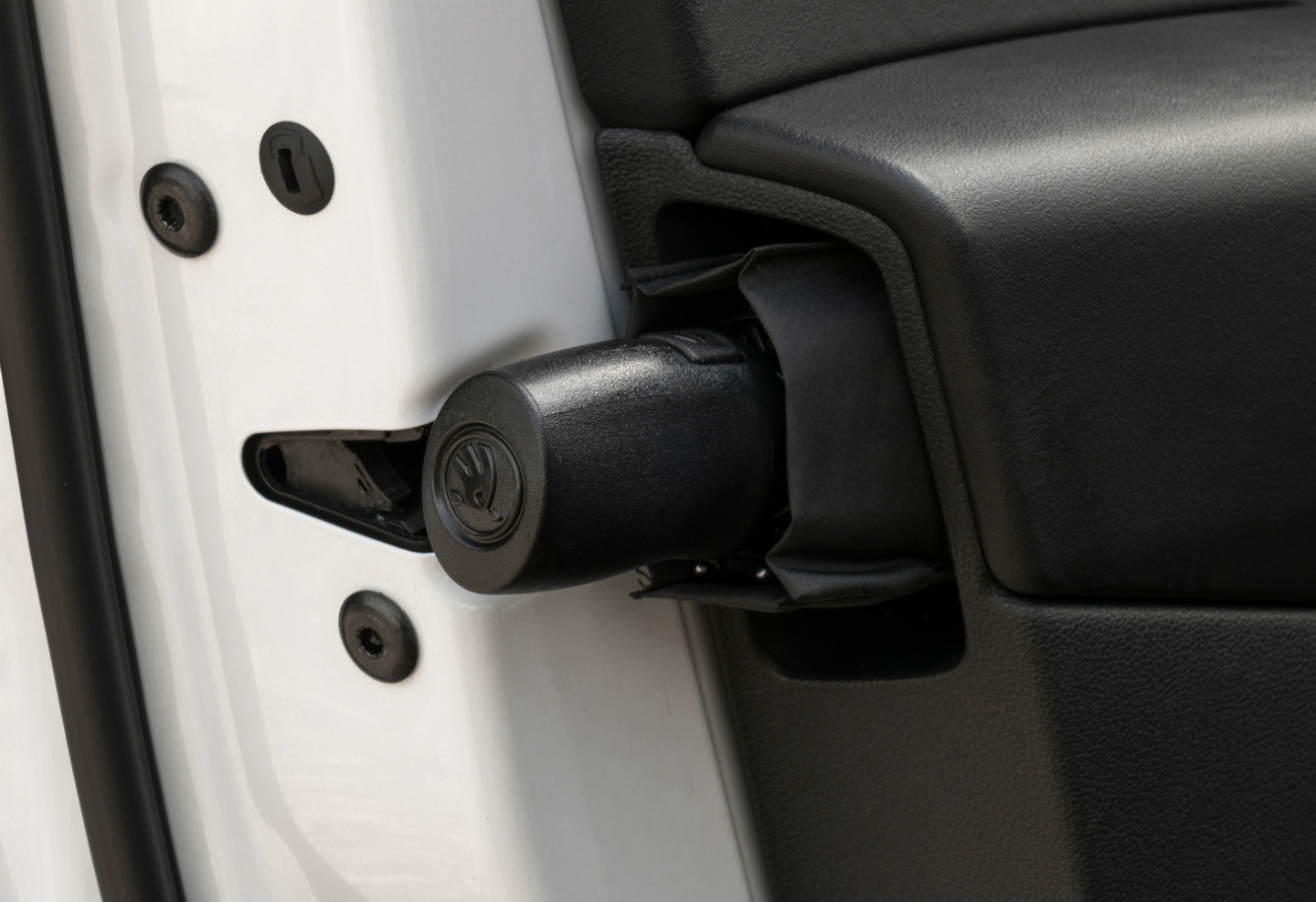 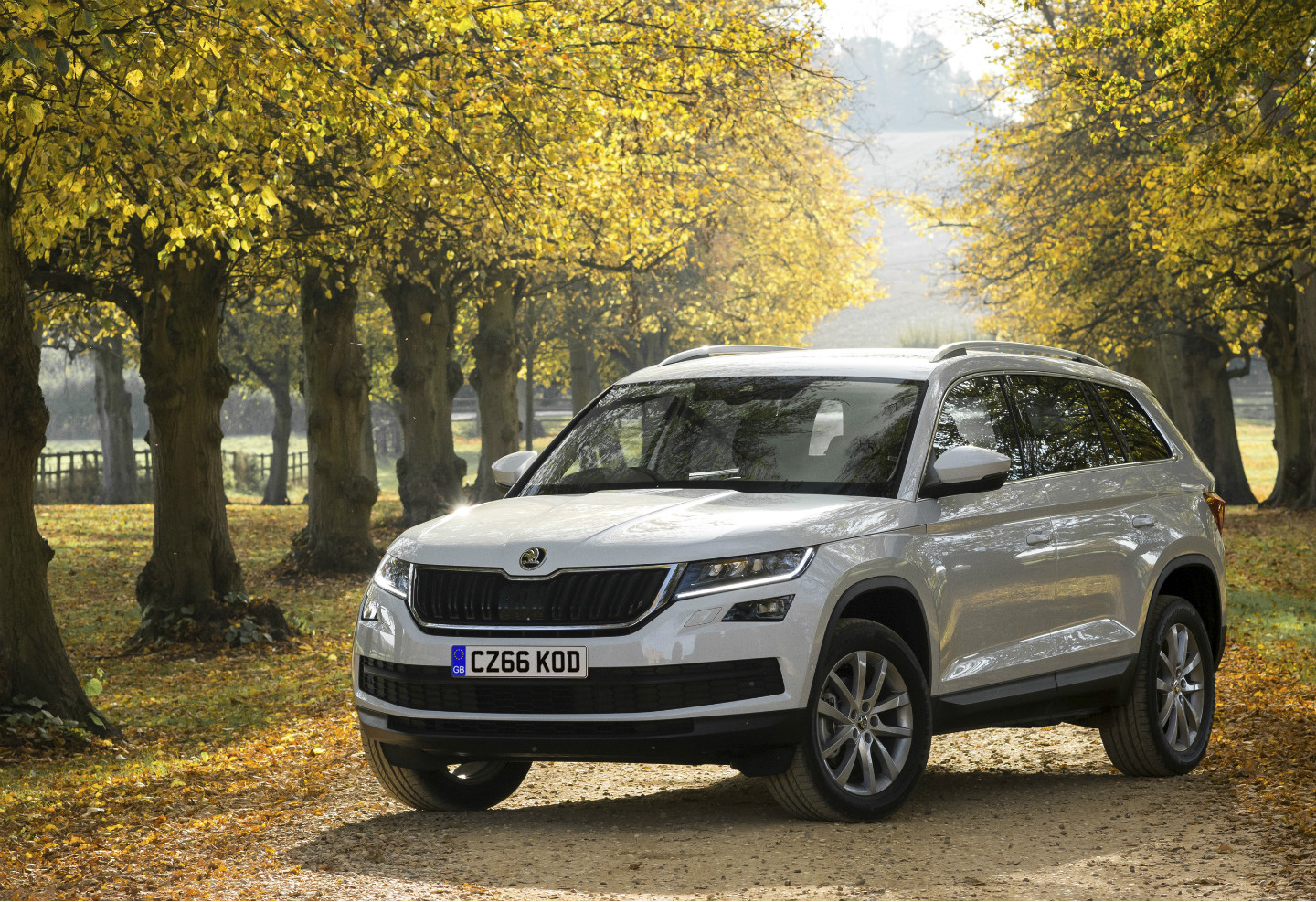 IF YOU own a Smeg fridge, Roberts radio or Gaggia coffee maker, the chances are the new Skoda Kodiaq isn’t for you. This is a seven-seat SUV for those who shun paying top dollar for things when, as they keep telling their other half, there’s an alternative that costs half as much and works just as well.

It’s for people who pride themselves on seeing through the glossy veneer and carefully crafted messages of posh brands such as Audi, BMW and Mercedes. If you were to walk into any of their expansive glass showrooms and ask a salesperson what seven-seat SUV they had for around £24,000, they’d walk you straight back outside to the selection of second-hand cars on the forecourt. The least expensive new Audi Q7 is nearly £48,500.

At first glance, then, the Kodiaq appears to be the answer to the prayers of middle-class mums and dads who are feeling the squeeze when it comes to both fitting the family in the current car and managing the monthly household budget.

But the clever trick is that it won’t make the neighbours think, “The Joneses have been rummaging through the bargain bin again,” when they see it parked outside your house. If you glued an Audi or Volkswagen badge on the grille, nobody would spot the impostor. Sharp creases down the flanks, narrow LED headlights that sweep up into the wings and chunky alloy wheels all give the Kodiaq a definite presence. Yet it’s shorter than a Skoda Superb estate, so parking isn’t the chore you might expect.

Under the bonnet is a choice of two 1.4-litre petrol engines, with 123bhp and 148bhp, and a 2-litre with 178bhp. You can take a manual or automatic gearbox and two- or four-wheel drive.

If you glued an Audi or Volkswagen badge on the grille, nobody would spot the impostor

As for diesel, the Volkswagen Group’s 2-litre TDI engine continues to shrug off the controversy over the Dieselgate emissions scandal and is pressed into service in the Kodiaq. It comes in 113bhp, 148bhp or 188bhp tune, and the more powerful pair come with a choice of two- or four-wheel drive and a manual or automatic gearbox.

The answer to the most obvious question is the 1.4 TSI (123bhp) SE — that being the entry-level seven-seat version, costing £23,945. However, load one of those up with people and luggage and it’s likely to wheeze away like Grandad having a go at the sports-day parents’ race.

The variant most buyers are likely to pick is the 2.0 TDI. We tested the 148bhp version, with a manual gearbox, four-wheel drive and seven seats, and for all those badge snobs out there, here’s the bad news: it hardly put a foot wrong.

Yes, there’s some telltale diesel rattle from the engine when the car’s idling, and, no, it won’t rev to 9000rpm like a Ferrari. What it will do is haul eagerly from barely above tickover, settle down to an unobtrusive thrum on the motorway and go easy on the fuel bills — with more than 50mpg achievable. 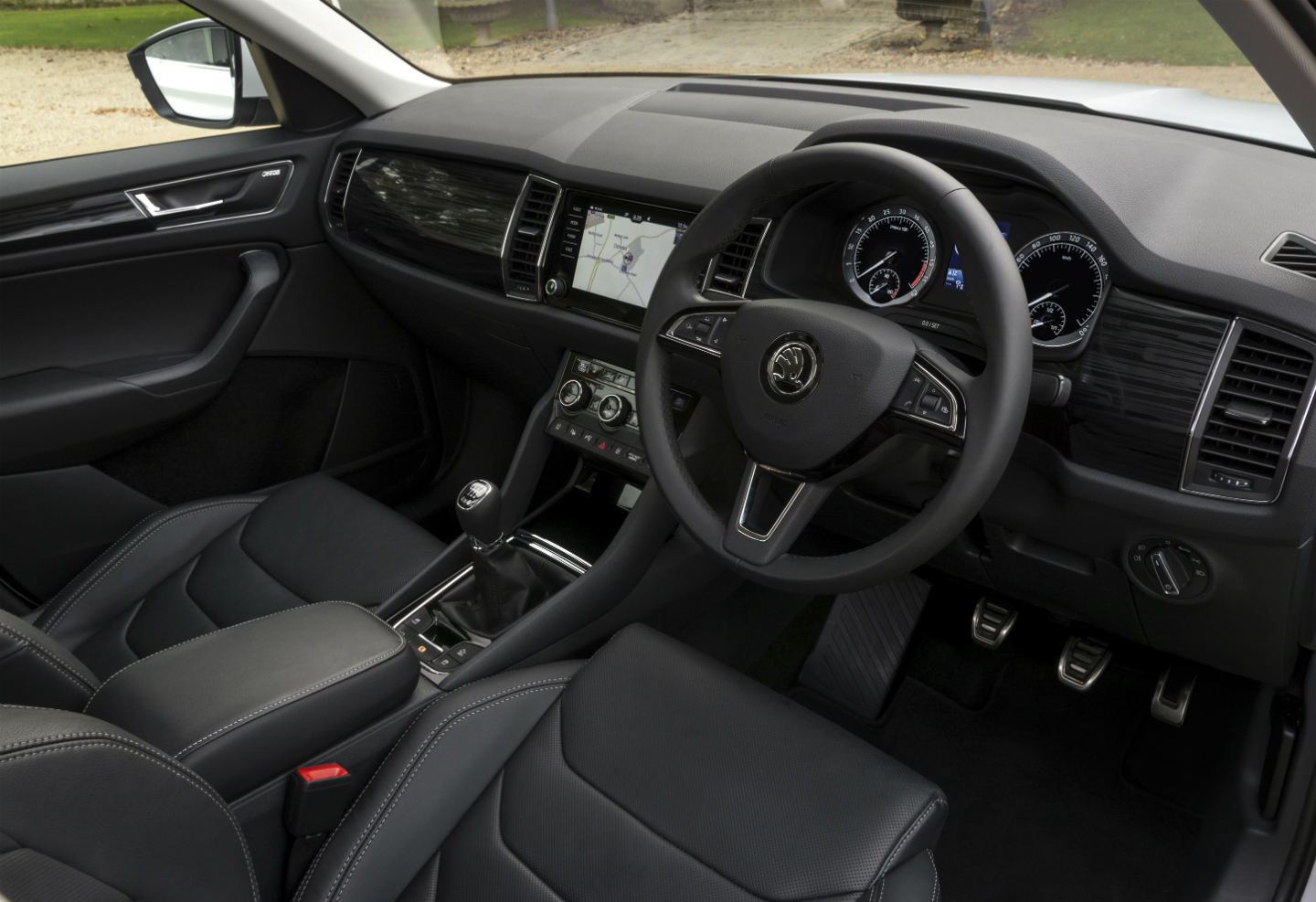 It’s even possible, when nobody else is aboard — or perhaps when you’re perilously close to missing that cross-Channel ferry for the half-term family holiday — to put your foot down and marvel at the way this big car (1,751kg) refuses to get flustered when driven with gusto.

At speed, there is an underlying eagerness to respond and stay composed, which suggests that the engineers did their best to make the Kodiaq feel, if not exciting, at least reassuring.

The cabin, though, is the Kodiaq’s trump card. There’s a thoroughly smart dashboard, with most of the touchscreen creature comforts that I’d enjoyed recently in an Audi A4 allroad.

Challenge the car to accommodate three children in the back and it won’t hold its hands up and plead for mercy. There are Isofix child seat mounts; the seat backs can tilt, to help passengers get more comfortable; and sliding them forward to gain access to the third row of seats is a simple, single-action movement.

Those rearmost seats are best suited to children, but adults won’t be complaining, especially if you’re giving them a lift home from a dinner party. When not needed, they can be folded into the floor — the seats, not your dinner companions — and that leaves what is best described as a black hole.

The boot offers 720 litres of luggage space, which can be extended to 2,065 litres with the back seats folded down. You’d need to drive a van to get more space than that.

There are other cars that attempt the same party trick as the Kodiaq. The Kia Sorento, Hyundai Santa Fe and Nissan X-Trail, to name a few. But the Kodiaq feels a cut above the other SUVs that are trying to undercut the Audis and BMWs of this world.

It’s the rational choice for people who like nothing better than doing the sensible thing. And who knows? With the savings, perhaps you could splash out on a Smeg fridge and Roberts radio.