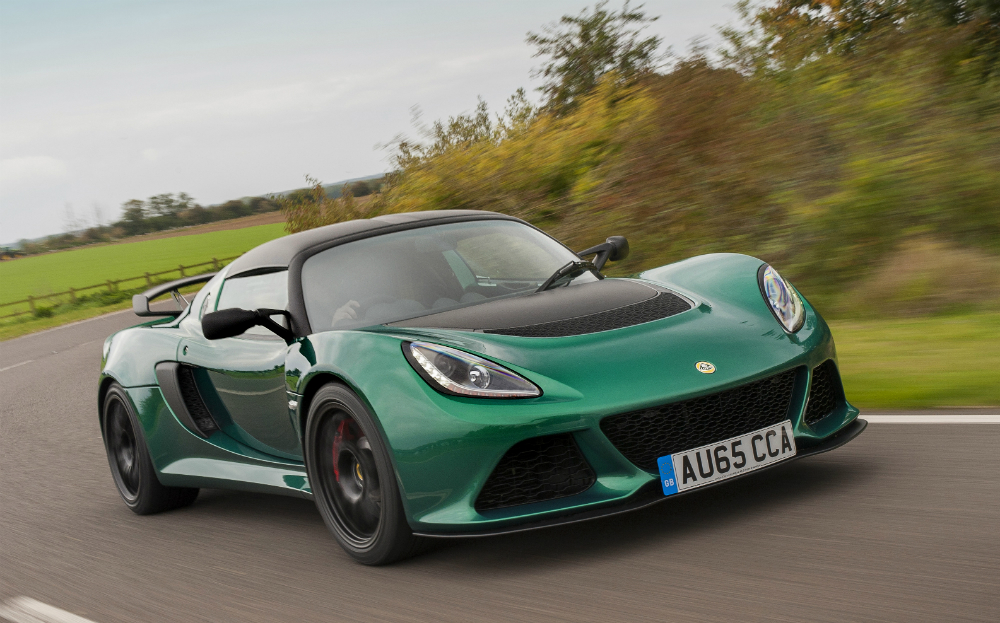 YOU JOIN us at a session of The Lightweight Lab. This is not some sort of Weight Watchers gathering, where ritual humiliation is subjected upon those that send the scales heading in the wrong direction. It’s a weekly meeting of men and women who spend hours examining every component imaginable that’s fitted to a Lotus and try and work out ways to make them lighter.

View the Lotus Exige sports cars for sale on driving.co.uk

Given the British manufacturer’s sports cars have a reputation for being as light as a feather, this is no easy task. But by mixing up the backgrounds of members of The Lightweight Lab — engineers, designers, Ruth from accounts and Brian from the production line — Lotus says fresh eyes have helped find ingenious ways to make its lightweight cars, well, lighter still.

Ah yes, the past. Since it was founded in the 1950s, by Colin Chapman, Lotus has had more ups and downs than a Himalayan expedition. There have been highs, such as winning seven Formula One constructors championships through the ‘60s and ‘70s, and having an early Esprit drive into the sea with James Bond at the wheel. And there have been lows, including a succession of company owners, a dearth of F1 titles and a conspicuous absence from Bond blockbusters.

Now, under the leadership of Jean-Marc Gales, a former executive at the likes of Peugeot/Citroën, Mercedes and General Motors, Lotus says it is concentrating on doing what it does best; making sports cars that are lighter and more thrilling to drive than anything else in their price range. 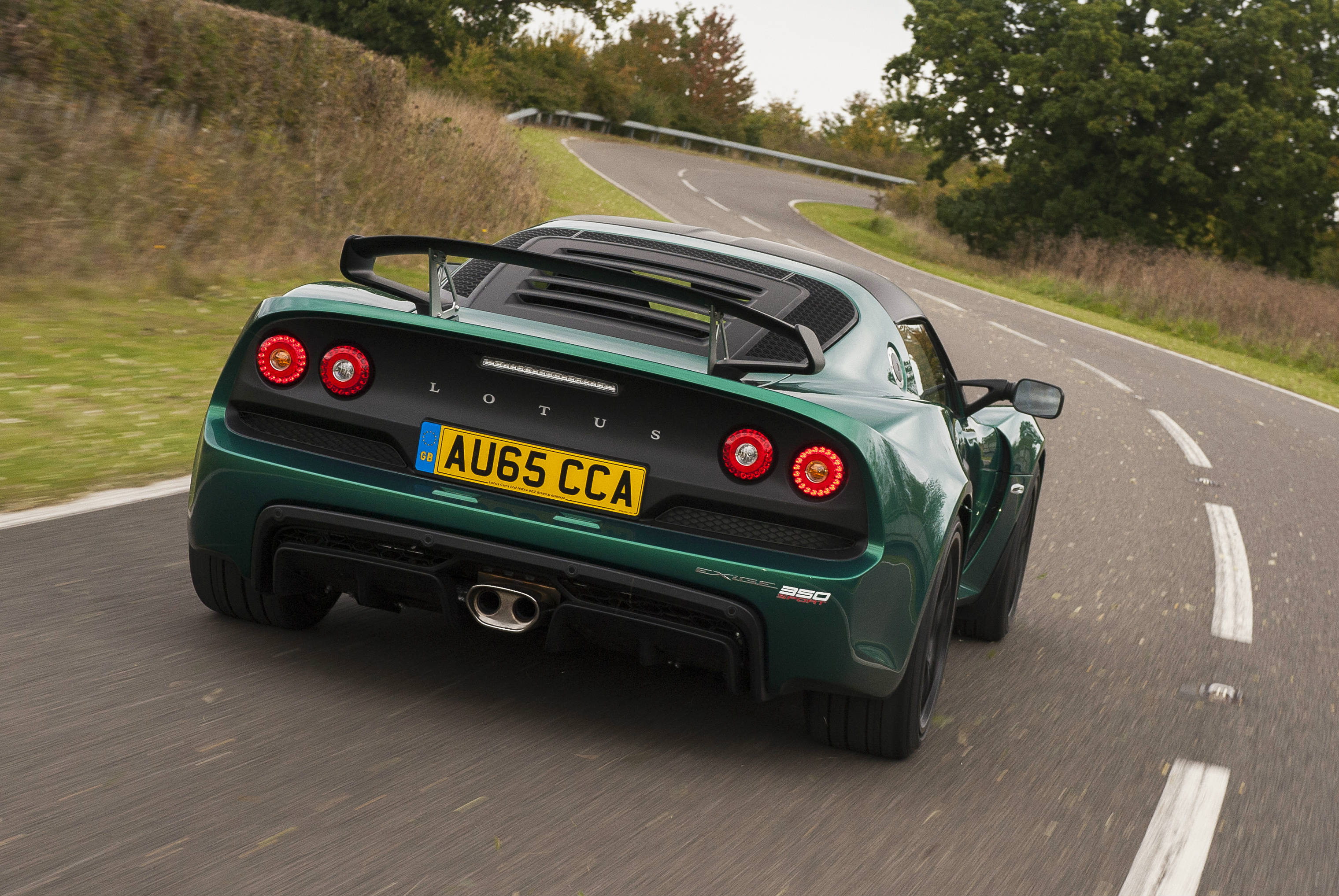 Its starter model remains the Elise. The petite roadster probably saved the company from going under when it was launched in 1996. In the middle sits the Exige, positioned as the most extreme Lotus of the lot. And above that is the Evora, a four-seat alternative to a Porsche 911. (There’s also the specialist 3-Eleven, essentially a roofless road-legal racing car for drivers who like to catch flies with their teeth.)

The Exige Sport 350 replaces the Exige S and costs £55,900, a rise of £1,400. Mechanically, the new model adheres to the exact same recipe as its predecessor: there’s a supercharged 3.5-litre Toyota V6 engine behind the seats, a six-speed manual (or optional automatic) gearbox driving the rear wheels, and everything is built around the company’s signature aluminium chassis.

The weight watchers have managed shed 51kg, trimming it down to just 1,125kg. The Porsche Cayman GT4 weighs 1,340kg

So what’s the big deal? Well, the weight watchers have managed shed a claimed 51kg from the kerbweight from the previous Exige S, trimming things down to just 1,125kg.

All just numbers to you? Let’s add some context. Think of another mid-engined, two-seat, six-cylinder sports car that is all about reducing weight and having a good time behind the wheel. The Porsche Cayman GT4, for example; it weighs 1,340kg.

What this means is that the Exige Sport 350 is flippin’ fast, or some such technical term. So fast, in fact, that Lotus claims it’s the quickest car yet to lap the test track at its Hethel HQ. 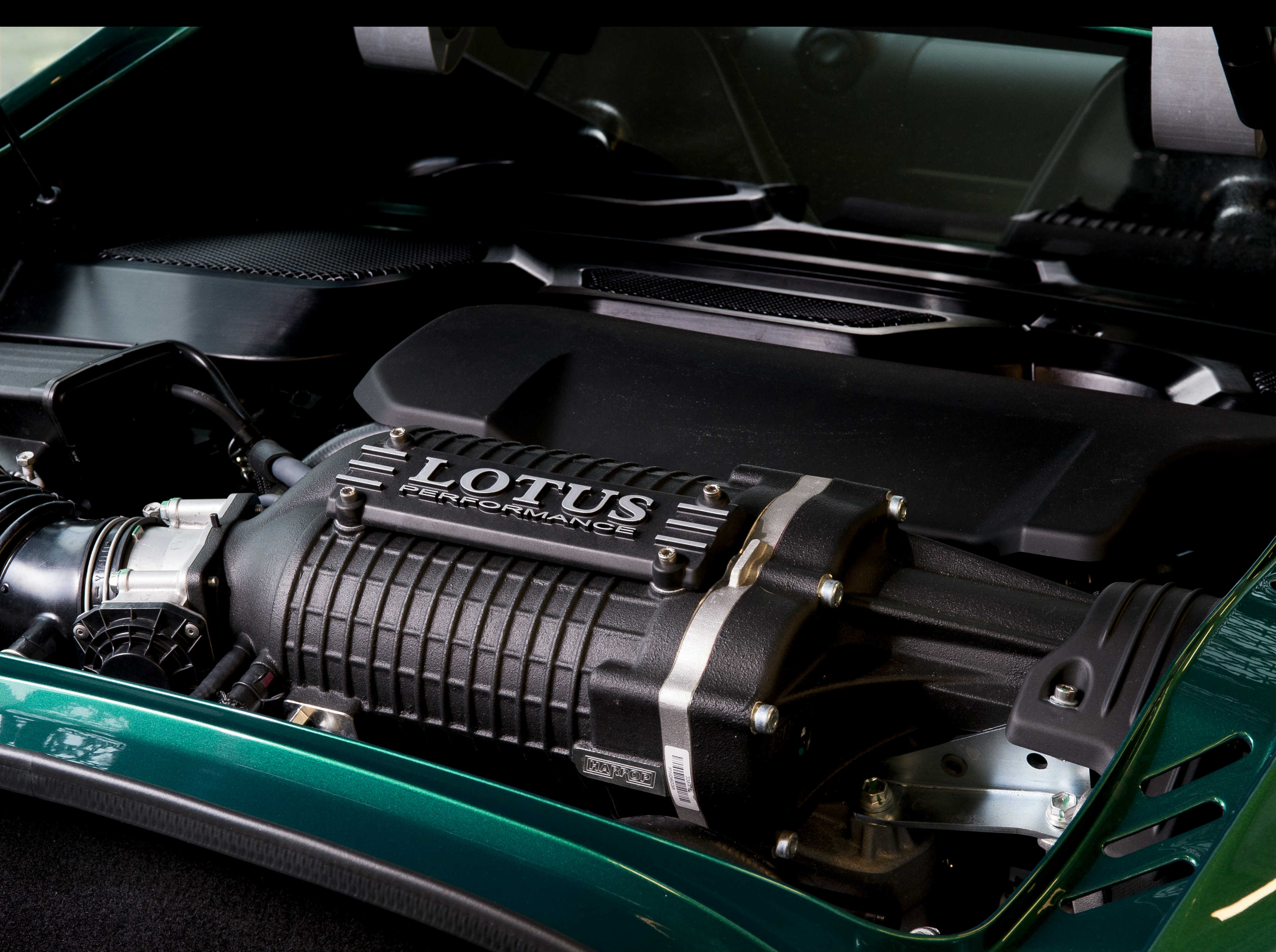 With 345bhp and plenty of torque from the supercharged V6, it doesn’t hang around. Select first gear, rev the engine and drop the clutch and it launches for the horizon like it’s been fired from a catapult, reaching 60mph in just 3.7 seconds.

What’s most striking, however, is that the car feels quick in any gear at any speed. Flex the throttle at 2,000rpm in sixth gear and it lunges forward; try the same in a Porsche Cayman GT4 and it would feel tardy, as though the driver had left the handbrake on.

The V6 isn’t the smoothest or sweetest-sounding engine in a sports car, but it’s ever-present and loud enough to set ears ringing after even the briefest blast on track.

And it’s on track that this car excels. Lotus has made subtle changes to the suspension settings. For example, the front wheels have double the amount of negative camber (they lean in at the top) that they had on the Exige S and the rear tyres are slightly wider. The intention was to banish understeer — where the nose pushes wide in a turn — and improve adjustability — how the car can pivot around its centre point.

The driver instinctively knows what’s going to happen, when.

The changes work a treat. The Exige Sport 350 feels alert, agile and aggressive, attacking corners with a steely determination and feeling beautifully balanced and neutral at the limit of the tyres’ grip. Then it’s up to the driver how the car will respond. A lift of the throttle tucks the nose in and can swing the tail gently round; a steady throttle holds it in perfect balance.

Best of all, the driver instinctively knows what’s going to happen, when. There’s a raw, connected feel through the seat of the pants and steering, although because the latter does without power assistance, it weights up noticeably in fast turns.

Unlike other British niche sports cars, this one comes with astonishingly powerful (AP Racing) anti-lock brakes, a selectable and intelligent understeer and traction control system, and even an airbag should things go horribly wrong.

The stability control system can be switched off altogether, and there are occasions on tighter corners where keen drivers — that’s all Exige Sport 350 customers, surely? — will wish it has a limited slip differential, rather than an electronic system, to prevent the inside wheel spinning. Lotus says that would have given the car more understeer.

If the chassis and steering are sublime, the revised gearbox with shorter cables still comes across as a bit stubborn. It doesn’t like to be hurried, especially into third gear, but the quest to save weight and leave the linkage exposed is a delightful touch. As Jean-Marc Gales points out, one of the only other cars to offer such a view is the million pound Pagani Huayra. 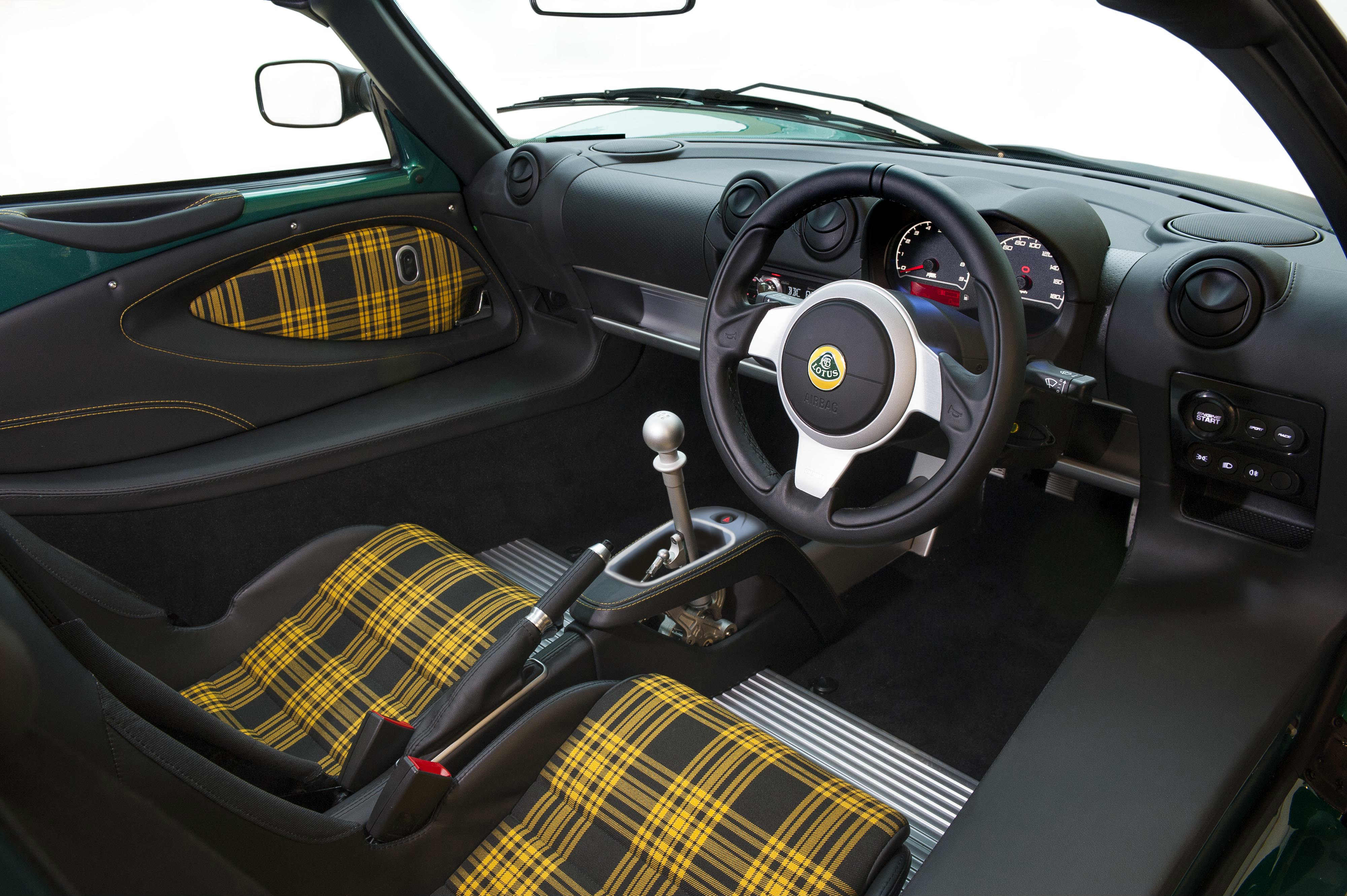 Minor changes have been made to the cabin. The most obvious is the adoption of tartan seat fabric — available in yellow or red — which harks back to the original Lotus Esprit. It looks great, but the deletion of sun visors in the quest to save weight seems silly, as the low sun during the winter proved on our drive.

The seats are great, the driving position’s good and the general vibe is of sitting in a miniature Le Mans racer. The aluminium chassis is visible in places, and all the better for it, while creature comforts we all take for granted — air conditioning, digital audio system — are options. There’s also the choice of a six-speed automatic gearbox with flappy paddles, but unless you need it, it feels unsophisticated and doesn’t come recommended.

This is an exciting, intense machine that also happens to be a good-looking crowd-pleaser, thanks to its British roots. But the Elise Sport 350 won’t be to all drivers’ tastes. Away from race tracks and back on public roads, the car may be effortlessly quick but its raw nature means it can be as tiring a toddler suffering from the terrible twos.

For others, though, it’s a more practical proposition to a Caterham or Ariel, as well as faster, more affordable and more available than something like the aforementioned Porsche Cayman GT4.

View the Lotus Exige sports cars for sale on driving.co.uk