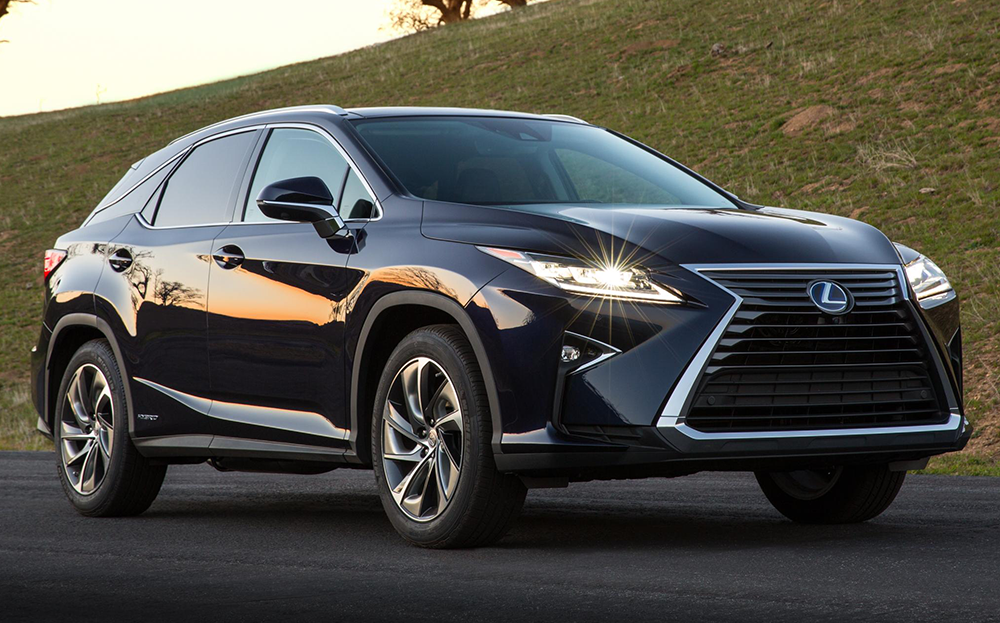 WHEN LEXUS set about refashioning the RX SUV (the Japanese brand’s most successful car to date and therefore not lightly meddled with), one of the verbal cues it adopted to inform its thinking was, apparently, “seductive strength”.

Here’s the result, and there’s no arguing, I would suggest, with its strength. As for the other bit, though, it may depend how you feel about angry fish. The car’s chopped and sliced fenders, muscling in around that gulping, spindle-shaped grille, lend it, from certain angles, the manner of something predatory from the deep.

Still, if the car doesn’t appeal to everybody, that’s part of the point. Too many sharp lines and ironed-in creases here for your viewing comfort? Other luxury SUVs, many of them German-made, are available.

Trickier is to set yourself apart from the premium herd by sheer craftsmanship, but Lexus is giving it a go. In a sumptuous cabin, the RX’s heated and ventilated seats are thickly leathered. The optional wooden inlays come with a lasered-in aluminium pinstripe, courtesy of Yamaha’s piano division. 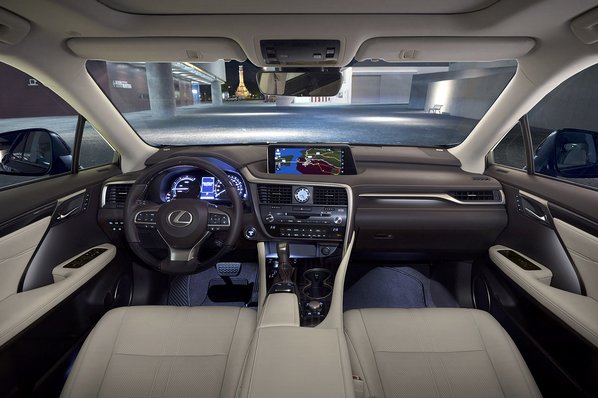 But the RX is not just some fancy product of the design studio and luxury department store. Dull, practical things clearly matter too. The optional static-electricity-enabled hands-free boot opener, for those supermarket car park moments when you stagger to the car with arms encumbered, is located where it can be triggered with a light pass of, say, the elbow — a strike for dignity surely in the face of the new fad in this area for dangling your foot under the back bumper.

And what about this? Adaptable cupholders! Right there in the centre console. Now we’re talking. On those days when you go “venti” rather than “grande” and the holder simply isn’t big enough to take the strain, you can deepen it by depressing its floor. You can then restore the holder to its original size by pushing a button that, miraculously, doesn’t ping the remaining contents all over the dashboard but causes the base to rise up slowly, cup and all, with butler-like subservience. It’s a huge breakthrough in coffee-portage technology and almost a USP on its own.

And it’s not just the cupholders that are intelligent. The new RX is throbbing with object-detection radars and twitchy with surveillance cameras — very much a car for our times in that respect.

Furthermore, thanks to, among other things, its lane detection system, adaptive cruise control and automatic braking setup it’s substantially ready to drive itself in certain emergencies or in the event that you get bored with doing so yourself, which again puts it right at contemporary thinking’s leading edge.

As much as 90% of the UK custom will be for the hybrid version and in a try-out of the entry-level SE model on roads near Lisbon one could see why. The non-hybrid RX 200t, with its 2-litre four-cylinder turbocharged petrol unit, is perfectly serviceable, yet surely nothing becomes this car quite like the quiet waft of the full hybrid powertrain in the RX 450h. This version has a re-engineered 3.5-litre V6 engine softened by an electric backup to provide long, effortless drifts of gently supportive and status-enhancing cruising.

For all the effort that has gone into making the drive more dynamic, it’s possibly this that one looks to a Lexus SUV for — the replacement of dynamism with the calming aura of whale music and scented candles and the overall sense of slipping into a complimentary kimono and driving around in a mobile spa.

Therein, perhaps, lies the RX’s true specialisation and what’s truly seductive about it, strength notwithstanding.