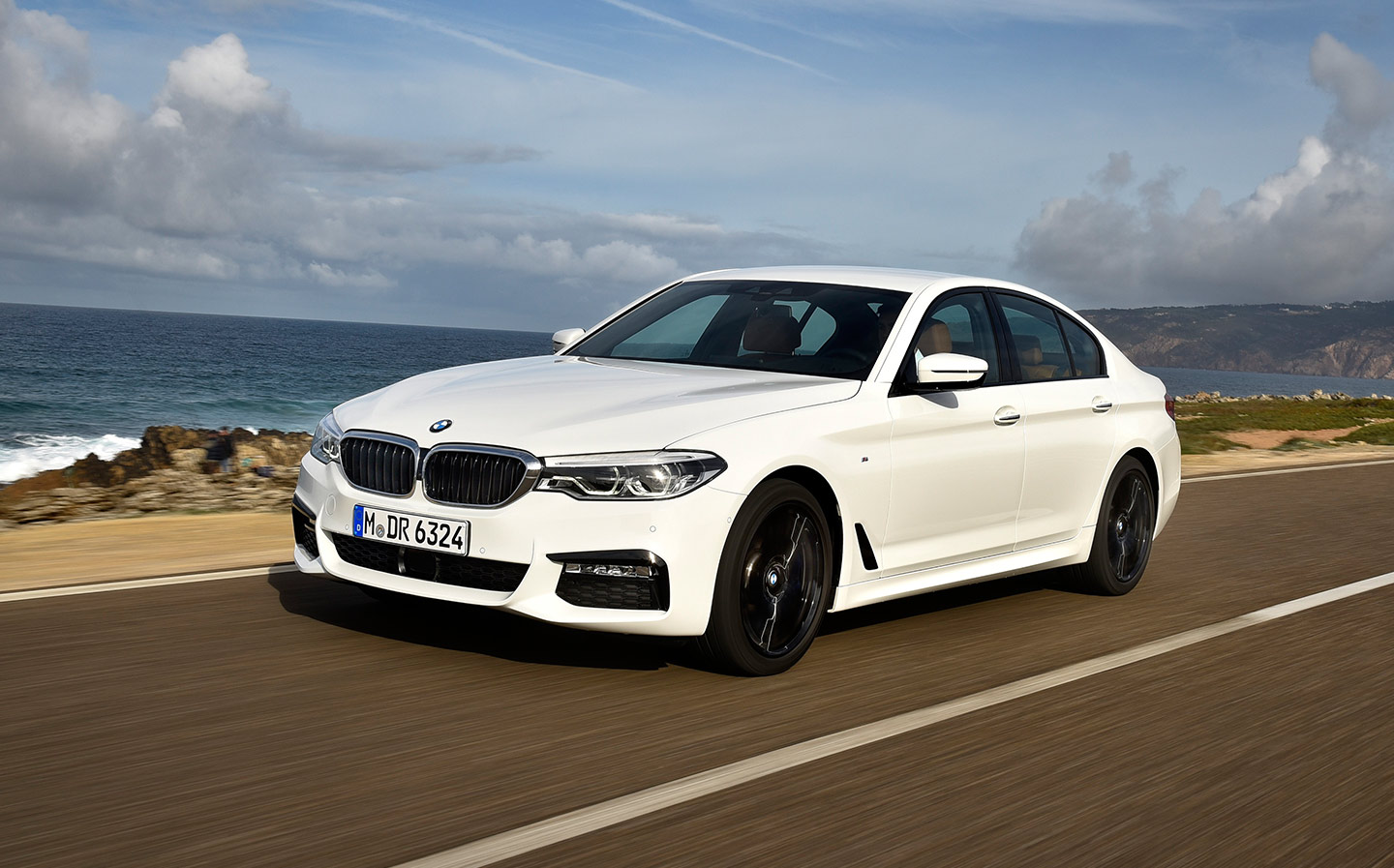 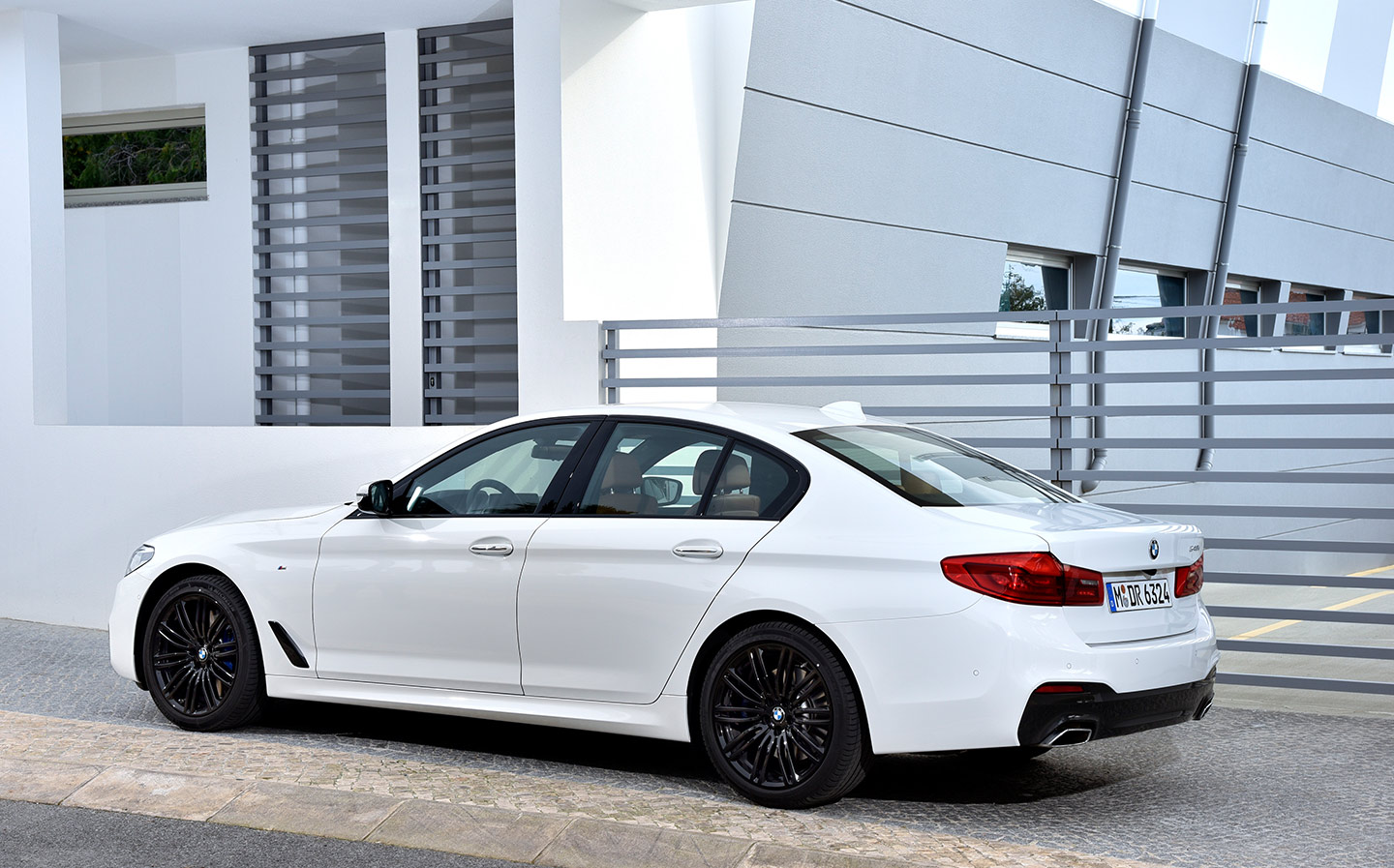 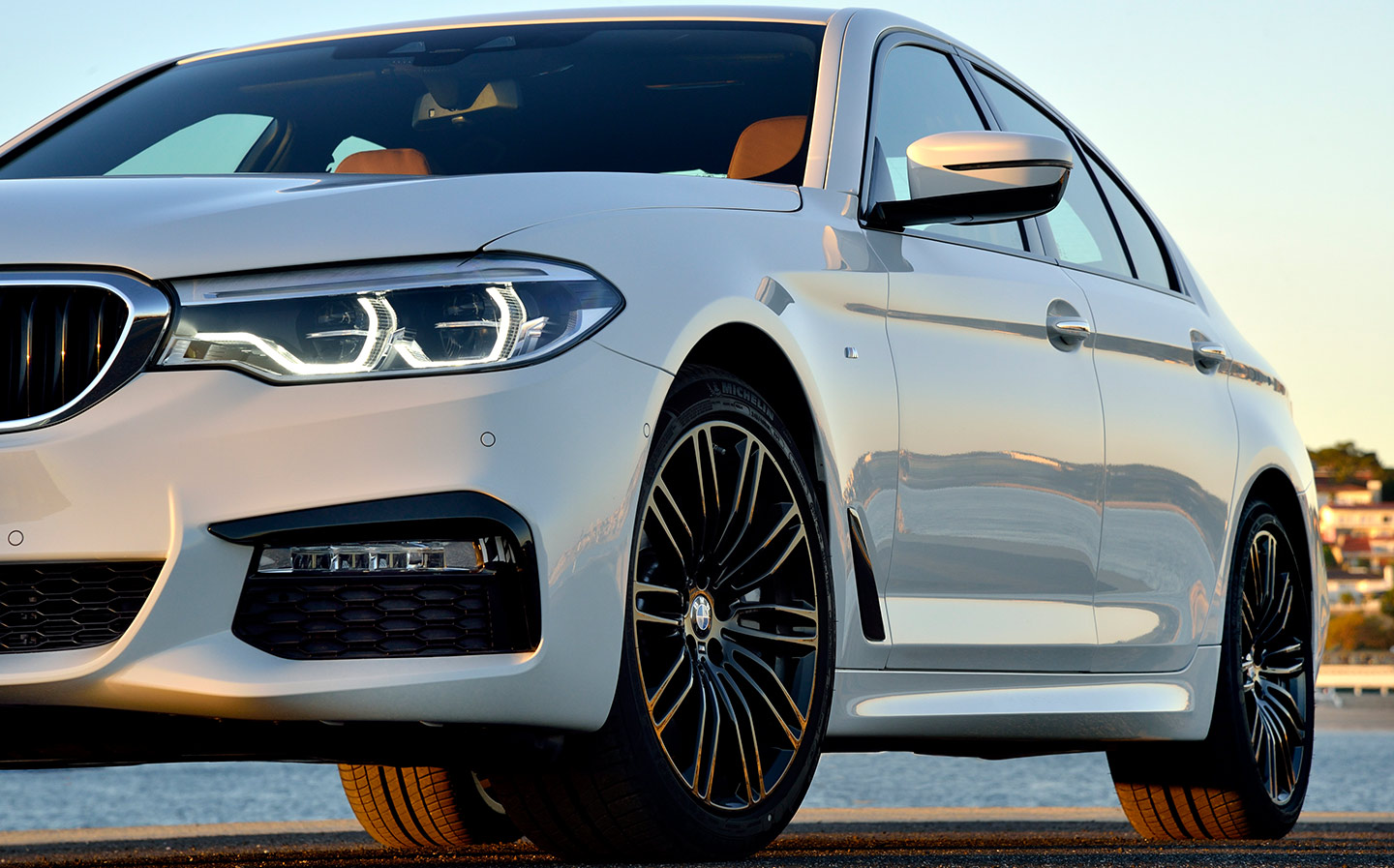 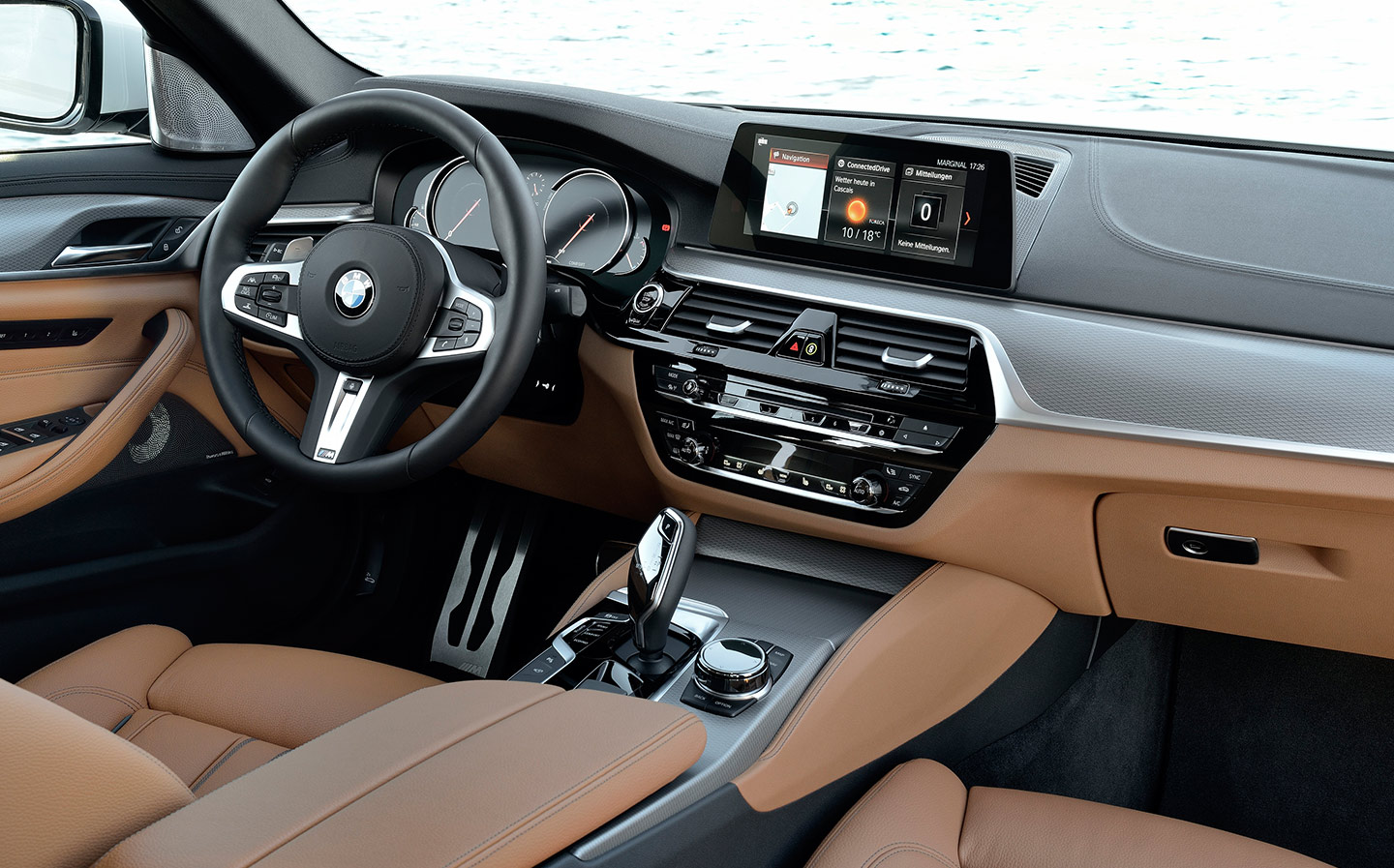 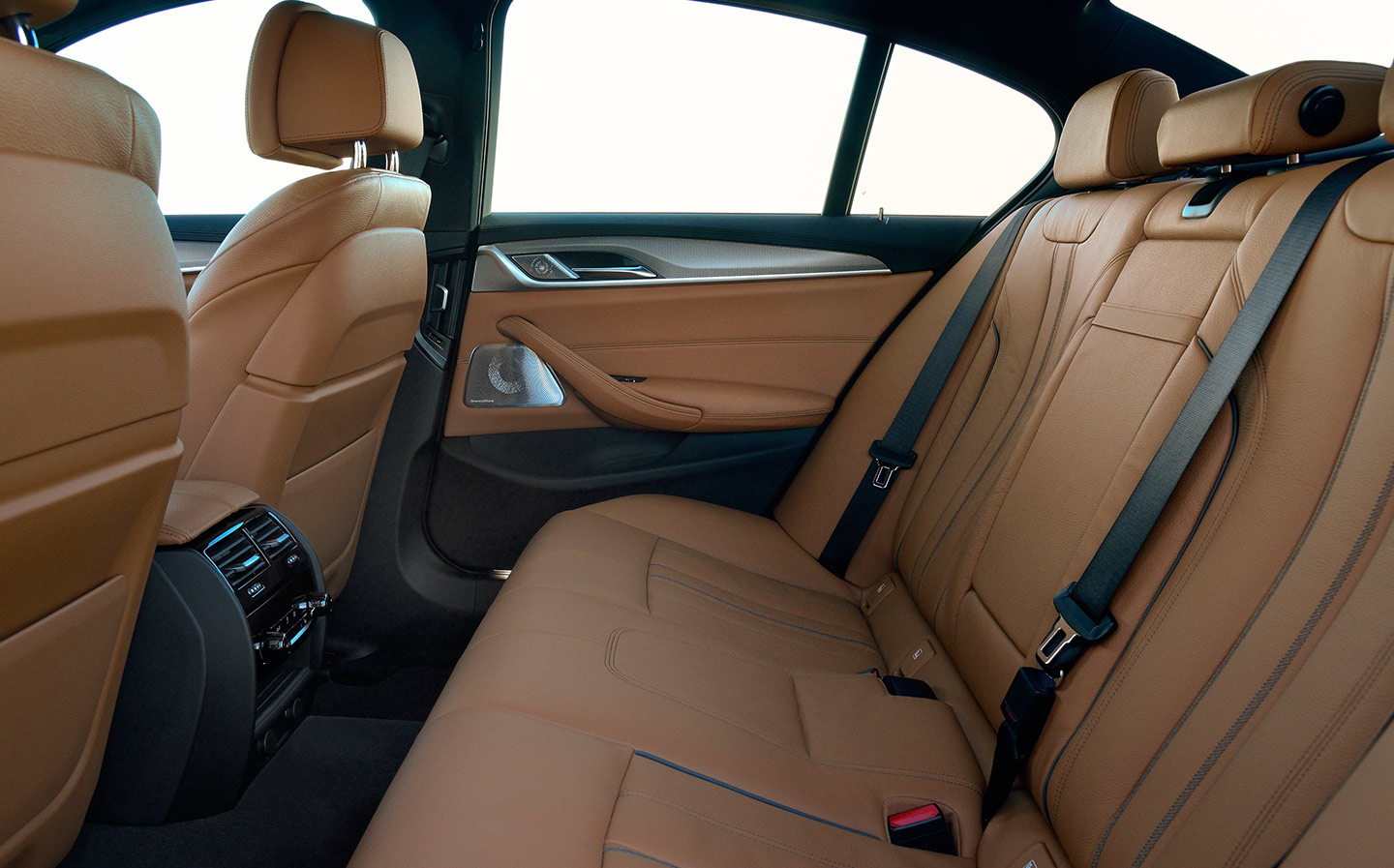 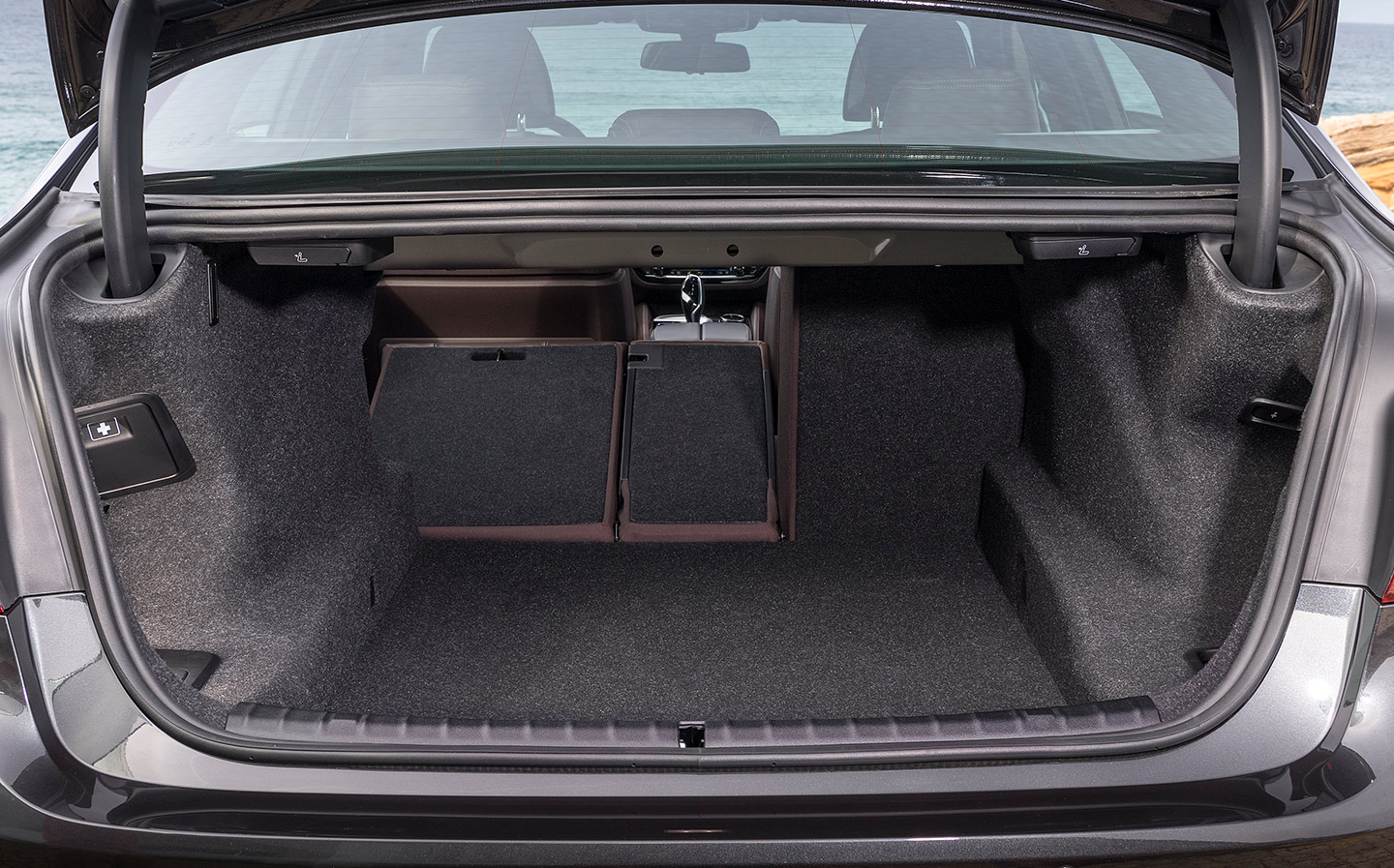 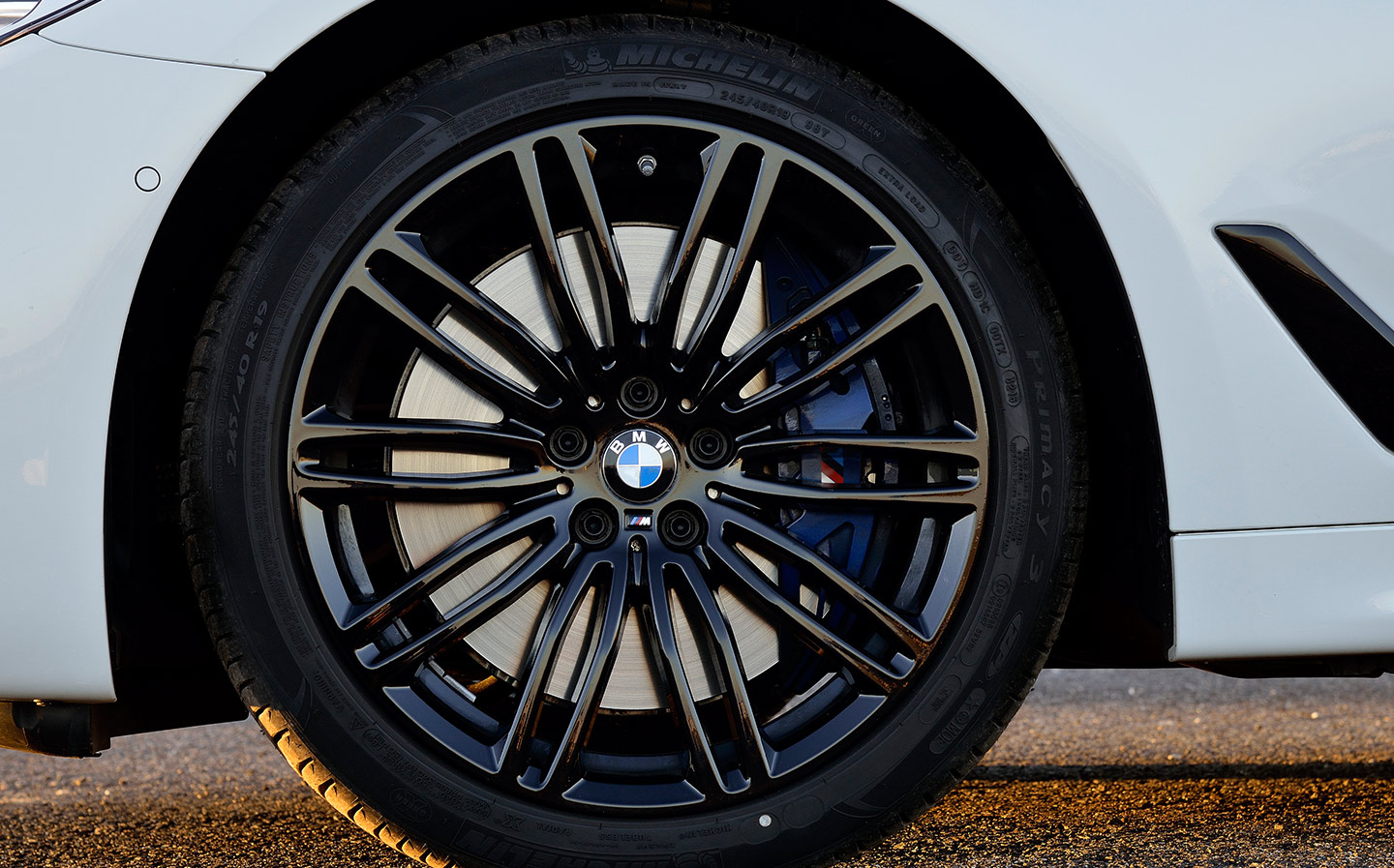 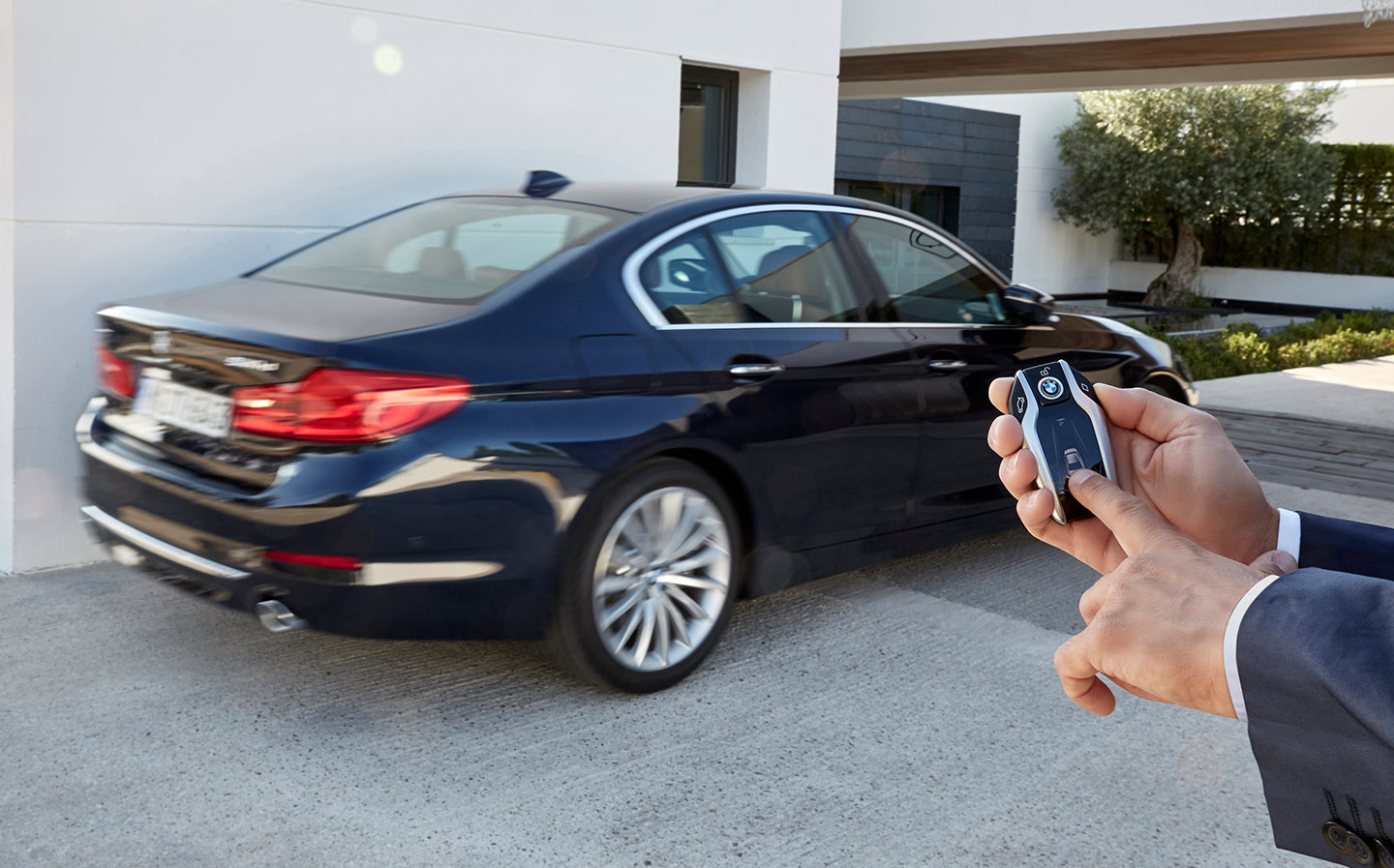 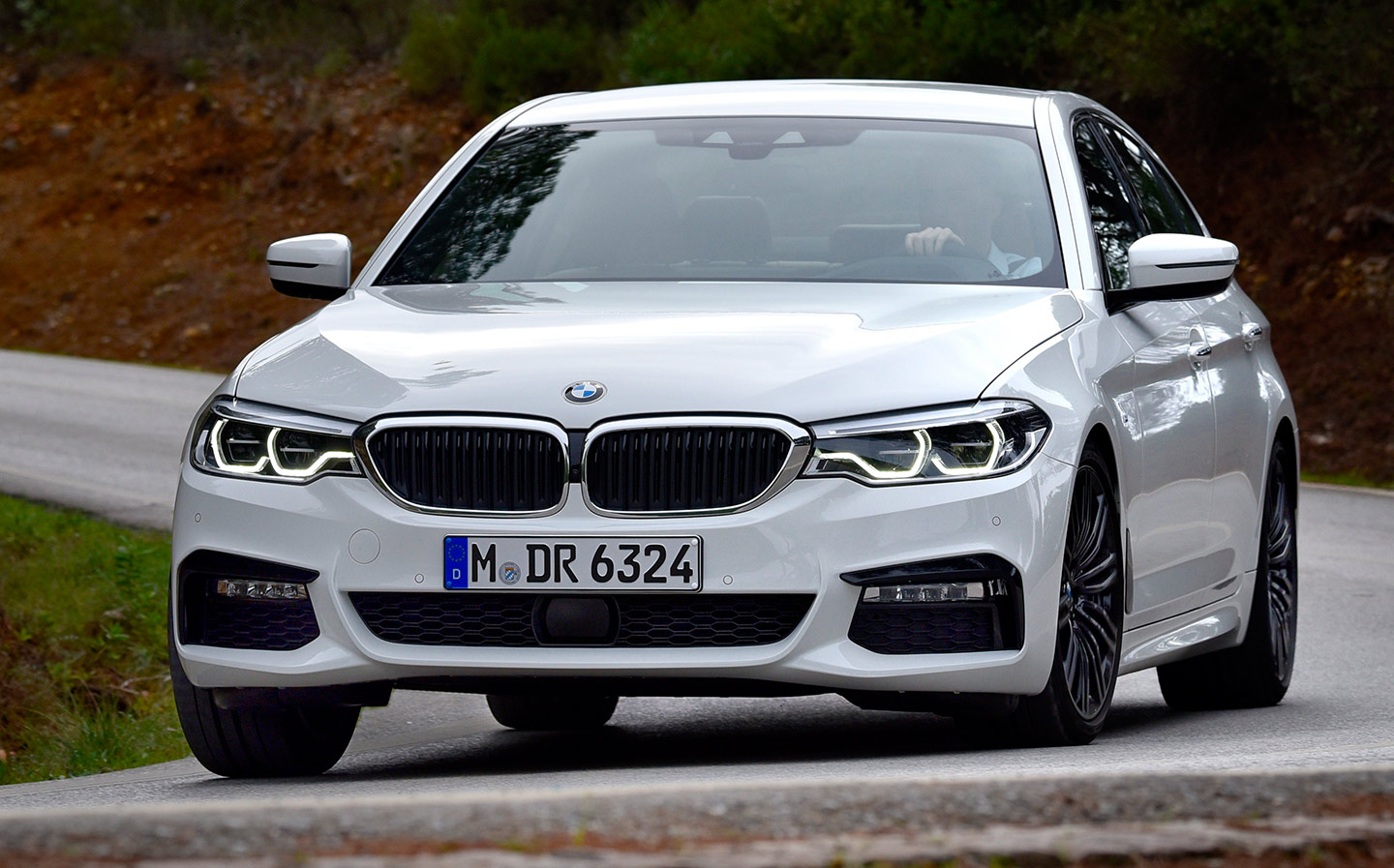 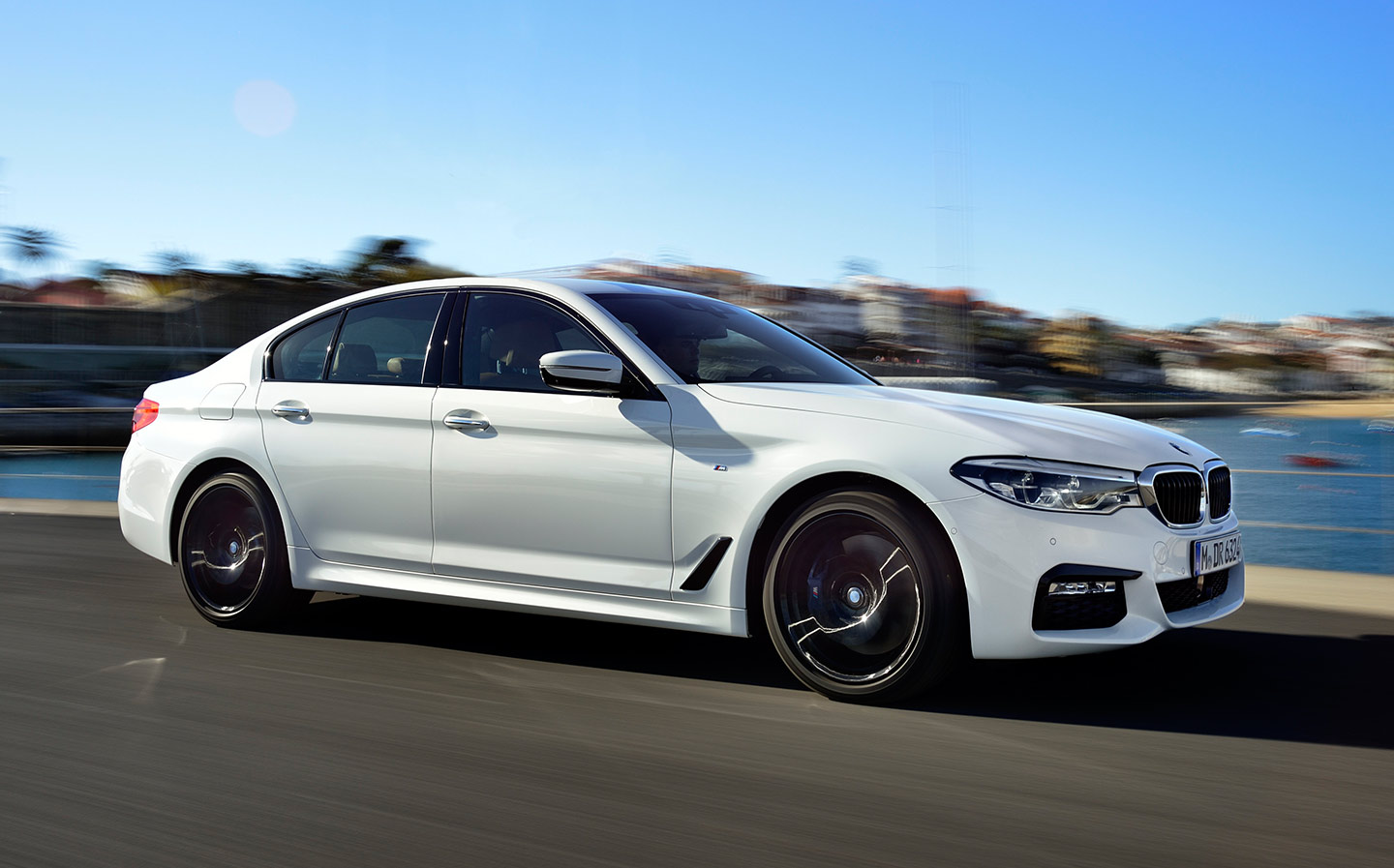 Share Article
A great car underneath some clever-clever electronics
At a glance
Pros
Fun at speed, relaxing at a cruise
Excellent and spacious cabin
Quiet, smooth diesel engine
Cons
Electronic systems are nannying
It's better to drive without the gizmos, too
Feels more beneficial to others than you
Specifications
Cars > BMW > 5 Series

IF A PIECE of technology remains fundamentally unchanged for more than a century, it’s inevitable that one day it will be as perfect as it’s going to get. And so it was with the most recent BMW 530d.

Every tiny lesson and shuffle forward since Karl Benz took his invention for a spin round Germany in 1888 had been incorporated. And as a consequence, the world had arrived at what might fairly be described as “peak car”.

That thing offered an incredible blend of economy, refinement and power. It was comfortable, it handled beautifully, it was well made and easy to use and its astonishing good looks were tainted only by a deserved familiarity.

If I’d been in charge at BMW when that car was launched, I’d have asked everyone in the research and development department to go on holiday for ever because their work was done. The car, as an entity, had been perfected. And there were no more worlds to conquer.

However, the world doesn’t work like that. The world demands change. So BMW was forced to come up with a new model that would, somehow, have to be even better . To try to achieve this, in a car that’s still propelled down the road by the age old principle of suck, squeeze, bang, blow, BMW turned to its laptop department, instructing it to fit the new model with all the electronic whizz bangs that had been invented since the previous model was on the drawing board. Sounds good, yes?

But perhaps it isn’t. Many new cars — even my Golf — are capable of reading the road ahead and, for a few seconds, steering themselves. That’s great, unless you want to change lanes on the motorway. If you indicate first, then the system knows you’re doing it on purpose and shuts down, but if you don’t, and frankly there’s little point if traffic is light and you’re moving into the middle lane to overtake a lorry, then the system tries to stop you. In some cars, you get a gentle tug at the wheel, but in the 5-series, you get a wrench. And then you end up fighting your own car, which is undignified and annoying.

Turning this facility off means plunging into the car’s computer, which means you need to take your eyes off the road all the way from London to Swindon. But eventually you find the right sub-menu and then you’re free to change lanes without letting the car know first.

But this puts it in a bad mood, so when you cross the white lines, it shudders and shakes, and to do something about this, you have to put on your reading glasses and go back into the menus, which is dangerous because now the car won’t steer itself while you’re otherwise engaged.

Mind you, it also won’t crash into anything. Sensors are on hand to prevent you from getting within about 400 yards of the car in front, and if you break the speed limit, you are reminded on both the speedometer and the head-up display that you are on the wrong side of the law.

It’s weird. You are driving along, with the engine ticking over at about 1500rpm. You are well within the capabilities of the car and you are a sentient being. But the electronic systems are behaving like you’re armed with a sub-machinegun and you’ve just entered a shopping centre with a murderous look on your face.

It takes a while to turn all this stuff off and then you are left with a car that feels pretty much identical to the old 530d. The only way you can tell that the engine has diesel coursing through its veins is by driving halfway round the world and then noticing there’s still enough juice in the tank to get you home.

Every single thing in the cabin works as well as is possible and there’s so much space in the boot and the back that you’d have to be very fat indeed to need the bigger 7-series. Honestly, as a car — four wheels and a seat — it is impossible to fault. It’s lovely when you are going quickly, and quiet and relaxing when you aren’t. And it even has a party piece when you get to journey’s end because you can get out, push a button on the (enormous) key fob and the car will park itself.

You’d never actually do this, of course. In the same way that you wouldn’t board a plane with no pilot. You’d assume that while the electronics are capable of doing the task they’d been given, they’d go wrong, and then a human would need to be on hand to rescue the situation.

And that raises another interesting point. It’s a far nicer and more relaxing car to drive with all the electronic nannies turned off, but what if I were momentarily distracted by something Jeremy Corbyn had said on the radio? Or if I’d dropped my lighter down the side of the seat? And the car crashed. And killed someone.

It’s a moral maze. Do you put up with the constant interference and nagging just in case? Or do you disconnect everything and have a nicer time while hoping for the best? And does having the choice make this an even better car than its predecessor?

Or is it morally reckless to turn off all the systems that could save a child’s life? Surely, you should leave them on. In which case, why would you need a car that handles so sweetly and can do 155mph? When you think about it for a while, your head starts to hurt.

So let’s move on. It’s not as masculine to look at as the old model. It looks less solid, less robust, more feminine. That’s probably a good thing.

And of course, if more people buy a car like this — a car that forces you to indicate before moving, and obey the speed limits and not tailgate; well, that has to mean fewer fatalities.

So this is a car that hasn’t moved the car itself along one jot. But it has raised the bar nevertheless because it’s something you buy for the benefit of other people. That’s an idea that’s never really been tried before.