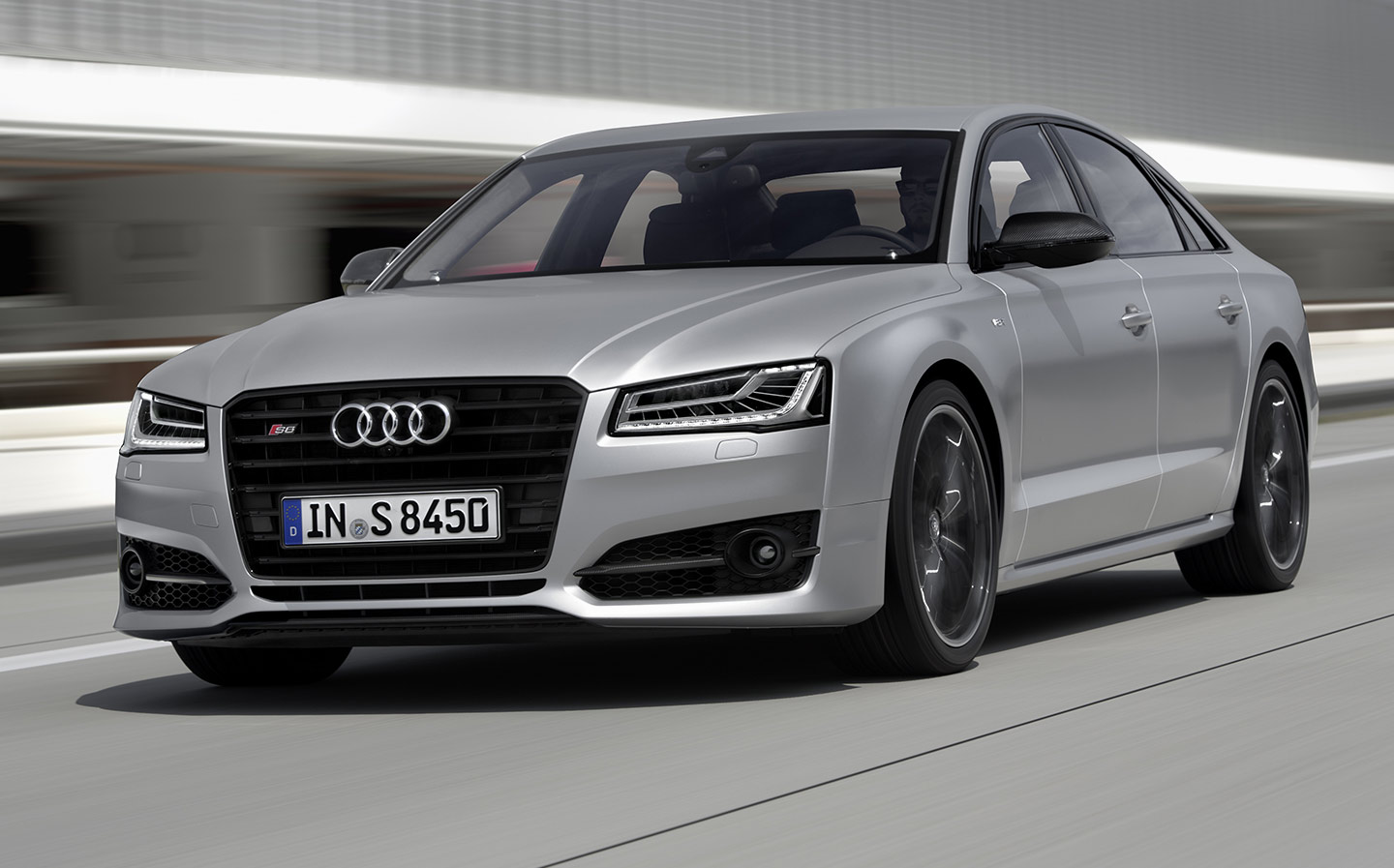 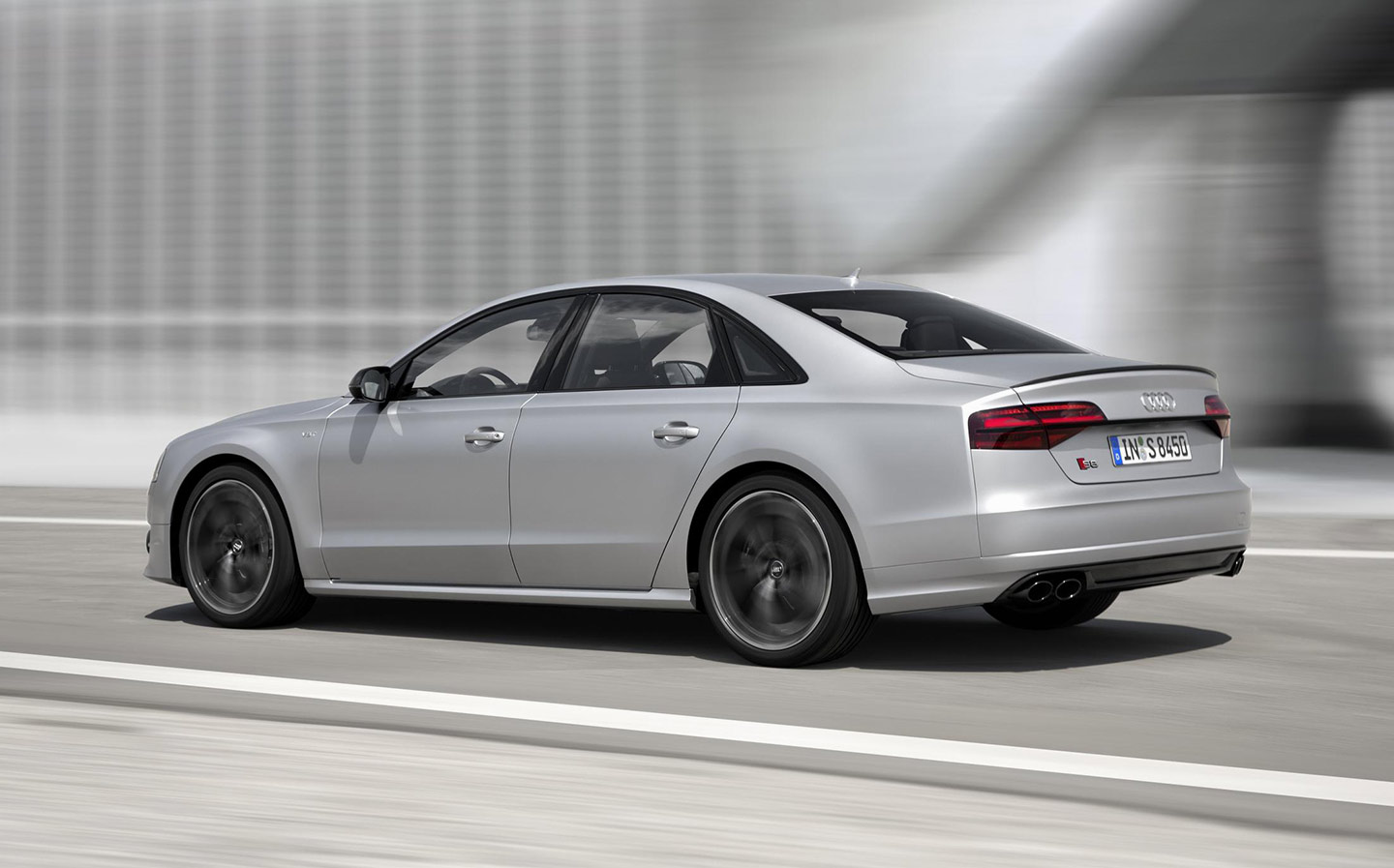 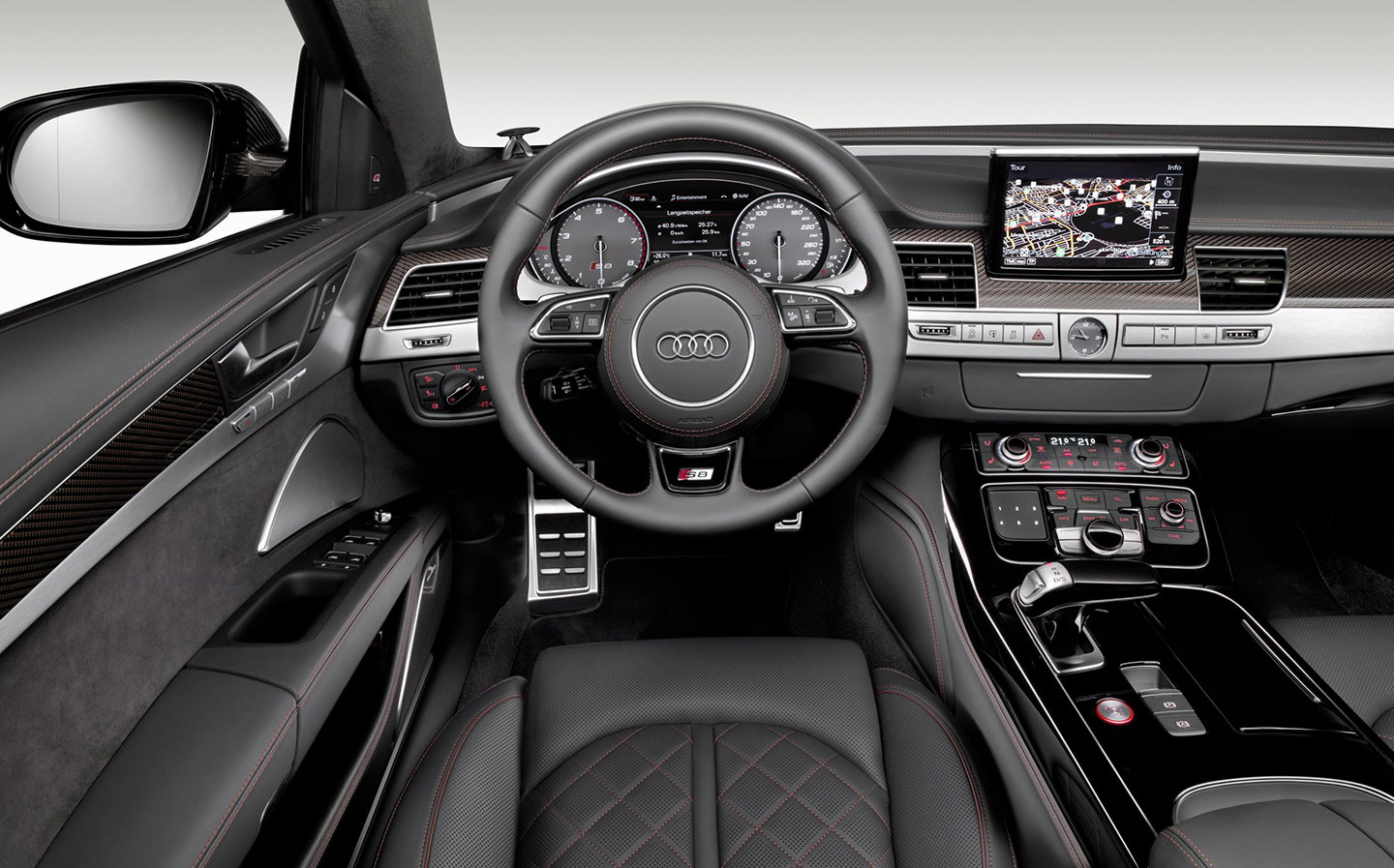 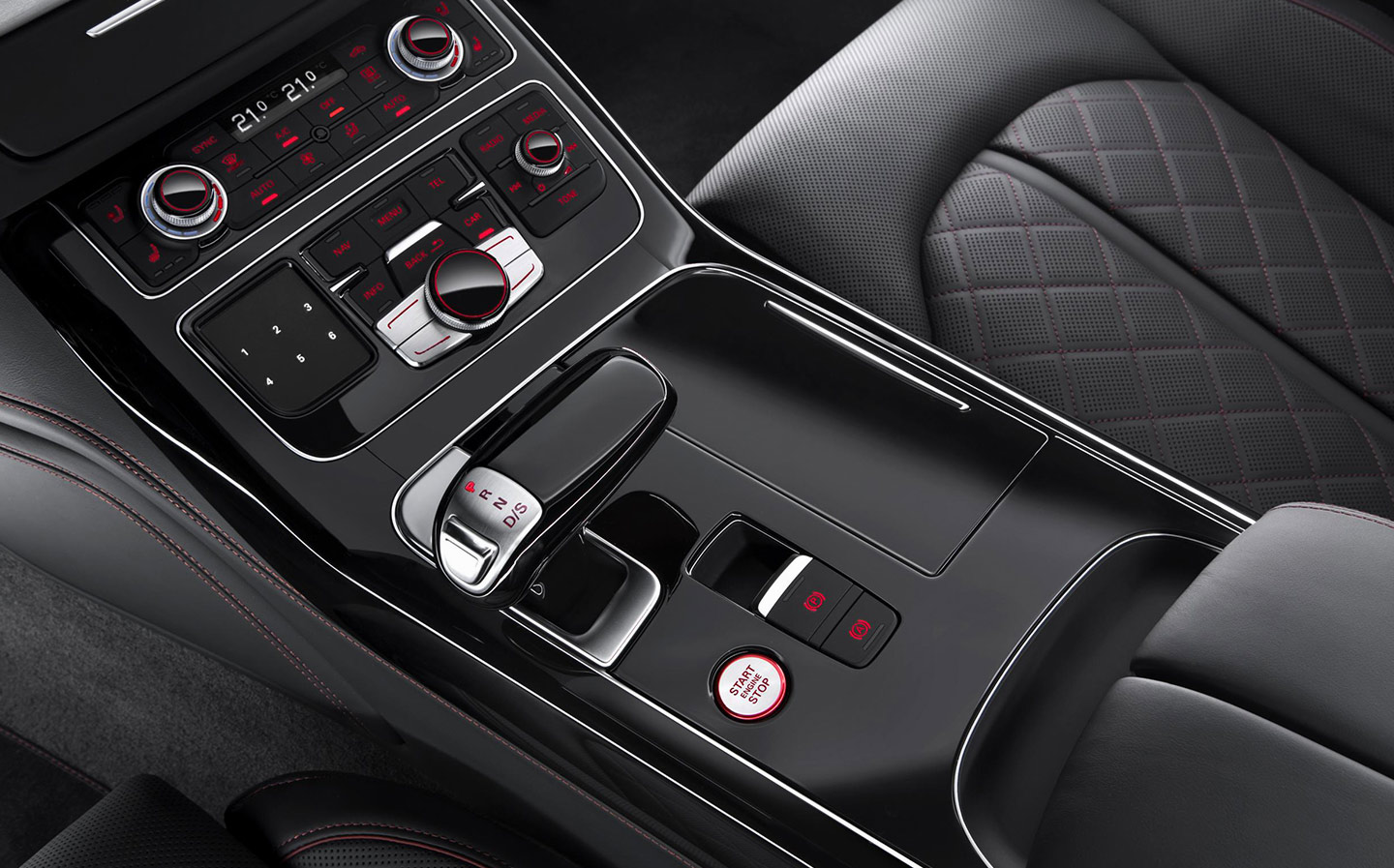 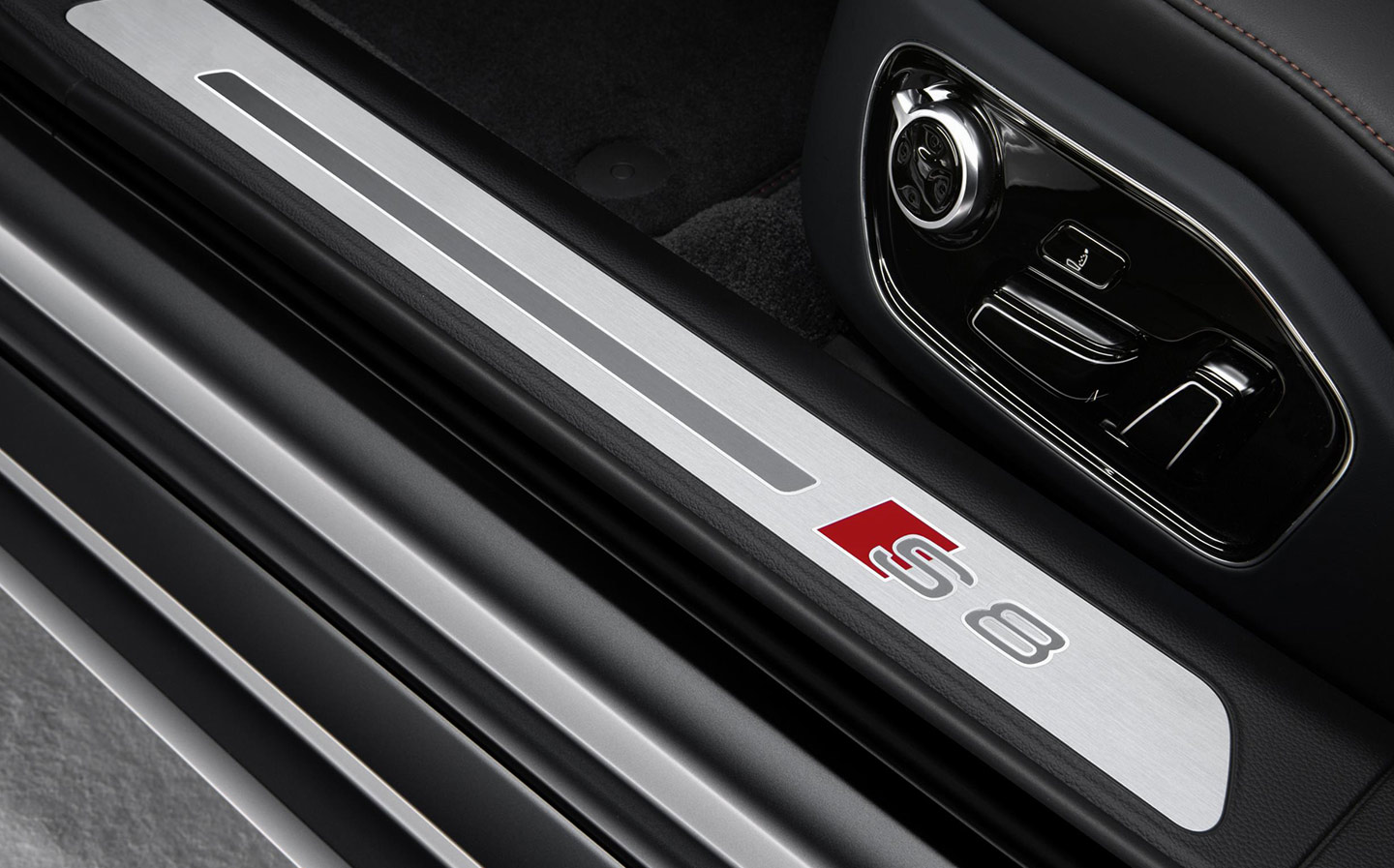 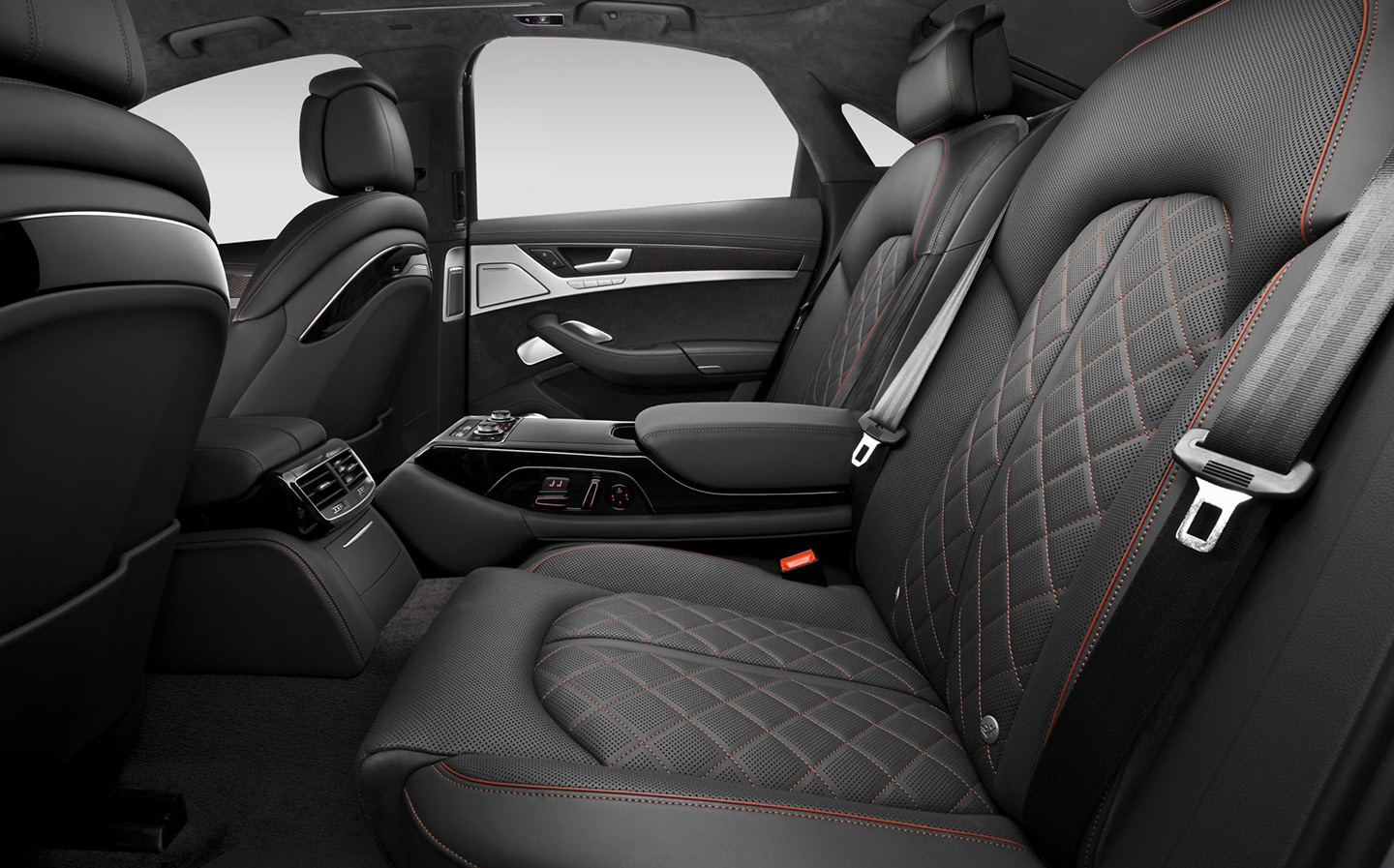 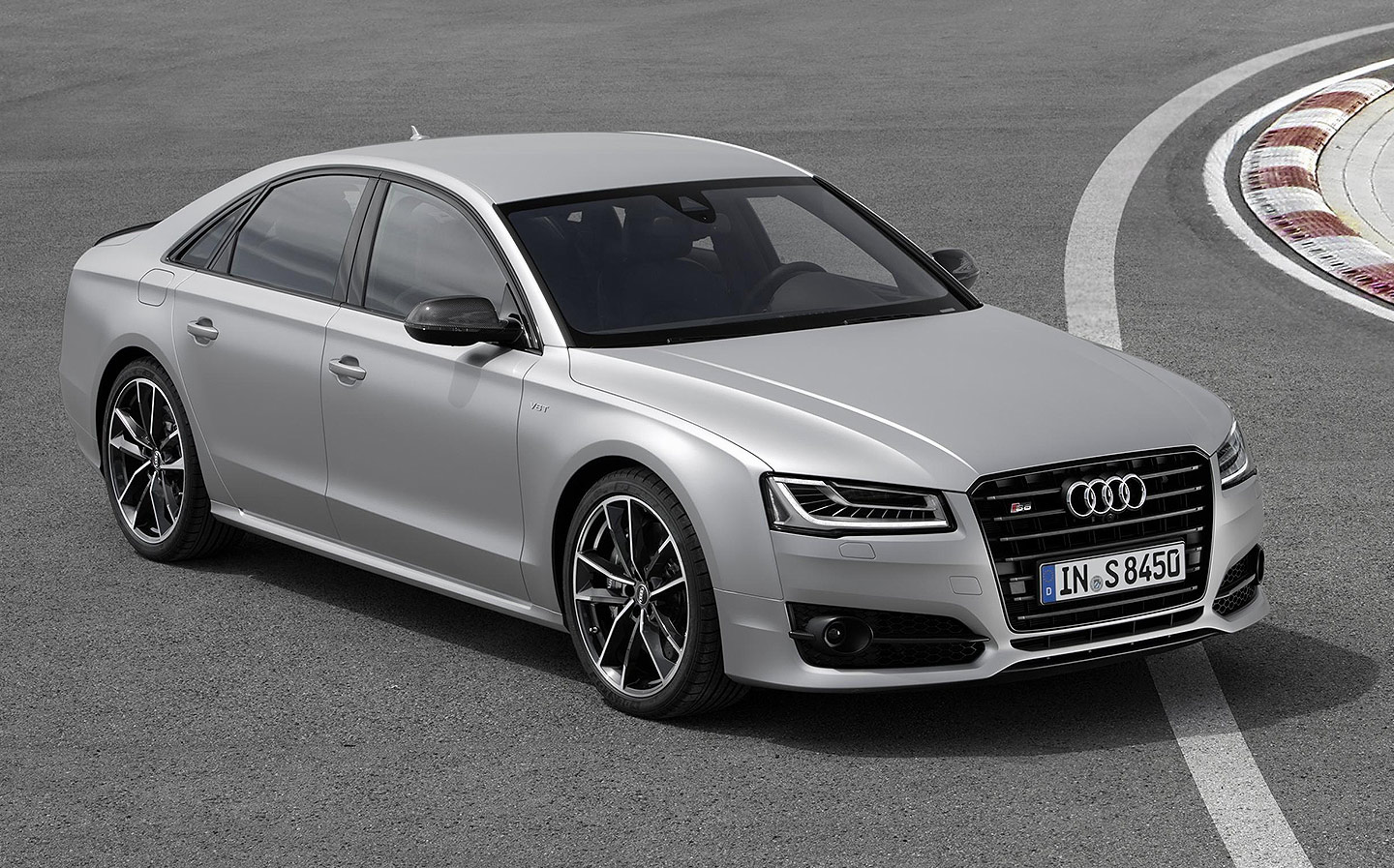 I’M WRITING this on a six-year-old laptop. It has been around the world umpteen times and is used to churn out five or six thousand words a week. The screen is fogged with spatters of coffee and mucus, the keypad is full of ash, the “A” button has worn to a stump and the cooling fan often has hysterics. But I am in no mood to swap it for a newer model, because it would be different.

I hate different. Which means I hate Macs. You need the fingers of a gynaecologist to operate their stupid keypads, there’s no right-click and nothing’s where it’s supposed to be.

It is of course the same story with my telephone. It’s very old and sometimes it forgets what it’s for. But I can’t upgrade to the latest model, with a Hubble telescope for a camera and 9G capability, because it’d mean sitting down with an instruction book, and I couldn’t do that, because I’m a man, so I’d just plunge straight in. Which means within an hour I’d have put a very private post on Twitter by mistake.

View the Audi S8 cars for sale on driving.co.uk

Strangely, however, I have no problem at all using a different car every week. They all come with different sat nav systems — some are good and some are bad — but I can operate them all.

It’s the same with the electric seat controls. Some companies put them in the door, some on the transmission tunnel and some down the side of the seat itself, where they can be reached only if you have fingers like a conductor’s baton. But, despite this, I never squash myself against the wheel by mistake, or end up in the back, where I can’t reach the pedals.

Car firms have intuitiveness down to a fine art. The Audi S8 Plus I’ve been driving had a head-up display that had been set up by someone who was 4in tall. I needed to lower it on the screen, so I reached out and my hand immediately alighted on the button that did just that.

It was the same with the map. It had been set by the delivery driver to rotate every time I went round a corner, and I find that annoying. So I pushed the correct button, twiddled a knob the correct number of times and pushed OK to confirm. The job was done. If the man who designed the Audi’s dashboard worked for Boeing, everyone on earth could land a 747 with no problem at all.

And then things get even more impressive, because while I was driving down the M1 at 50mph, because someone in a control box had decided that was the highest speed a human being could possibly manage on a road where everyone was going in the same direction, my mind started to drift off and I found myself wondering how on earth Audi managed to fit all the stuff into the car.

Many years ago, when we were allowed to do 70mph — and usually a bit more — I went to interview a chap at Rover who had a dashboard in bits on his desk and a worried look on his face. “Not that long from now,” he said, “people are going to want air-conditioning and CD players as standard in even the cheapest cars. And where the hell am I going to put it all?”

He did appear to have a point. The dashboard of a car is not like the inside of an aircraft hangar, and even then, in the days of the Rover 216, it was pretty much jammed full with tubes and looms and relays. So how, I wondered as I crawled along at 50mph for yet more miles, has Audi managed?

Quite apart from the head-up display and the climate control and the sat nav and the passenger airbag, there were buttons to stop the engine shutting down at the lights, buttons to alter the interior lighting, buttons to turn off the traction control, buttons in fact to turn off a million things that hadn’t even been invented when Johnny Rover Man was pulling his hair out.

And because I was still doing 50mph, to “protect the workforce” that wasn’t bloody there, I started to wonder about more things. The engine, for example, is a dirty great V8 that’s fitted with two turbochargers. How does that go under the bonnet?

And then there’s the four-wheel-drive system and the antilock braking system and the bouncy castle that inflates when you have a bump, and the parking sensors and the cameras and the system that steers the car by itself and the forward-facing radar. Why, I wondered, isn’t this car bigger than the USS Dwight D Eisenhower?

And then the man in the control box decided that, actually, 50mph was way too fast for this day and age, so he changed the dot-matrix signs to say we could do only 40mph. And then I began to wonder why on earth anyone in their right mind would buy a car such as the 155mph Audi.

That didn’t take long to answer. Because it can do 155mph, it is barely awake at 40, which means it is supremely quiet and, if you put the suspension in Comfort mode, dreamily smooth. Honestly, I’ve been in noisier and less comfortable beds.

You may imagine that a car this squidgy is incapable of being exciting. And you’d be right. Even if you put everything in Sport mode — that’s something else you can do — and turn off the traction control, it is stubbornly understeery. It’s almost as though it’s saying: “What on earth are you playing at?”

A fair point. Driving a car such as this as though your hair’s on fire is like playing rugby in a £400 pair of loafers. And that brings me on to the question of price. I don’t know what it costs and I can’t be bothered to look it up. This is not a car anyone will buy. It’ll be leased. And the monthly bill will depend on who you are, how many A4s you’re buying for your sales staff and whether the dealer is struggling to meet his yearly quotas. All I do know is that it’ll be a lot less than you imagine.

Of course, exactly the same applies if you are thinking of buying a Mercedes S-class, or the Jaguar XJ, or a BMW 7-series, which are pretty much identical to the big Audi. They’re all quiet and comfortable and loaded up with stuff you’ll never use and power reserves you’ll never need. The S8 Plus I had developed 84bhp more than the A8 on which it’s based. Which meant … absolutely nothing at all.

What does matter is that I liked it. I’ve always said the 7-series is the best of the big barges. But I don’t think it is any more. I think the A8 is a nicer place to be. When you’re doing 40. Which you will be.

The only problem is: you currently use a Merc, don’t you? And you’re used to it. And you’re frightened to change. Don’t be.