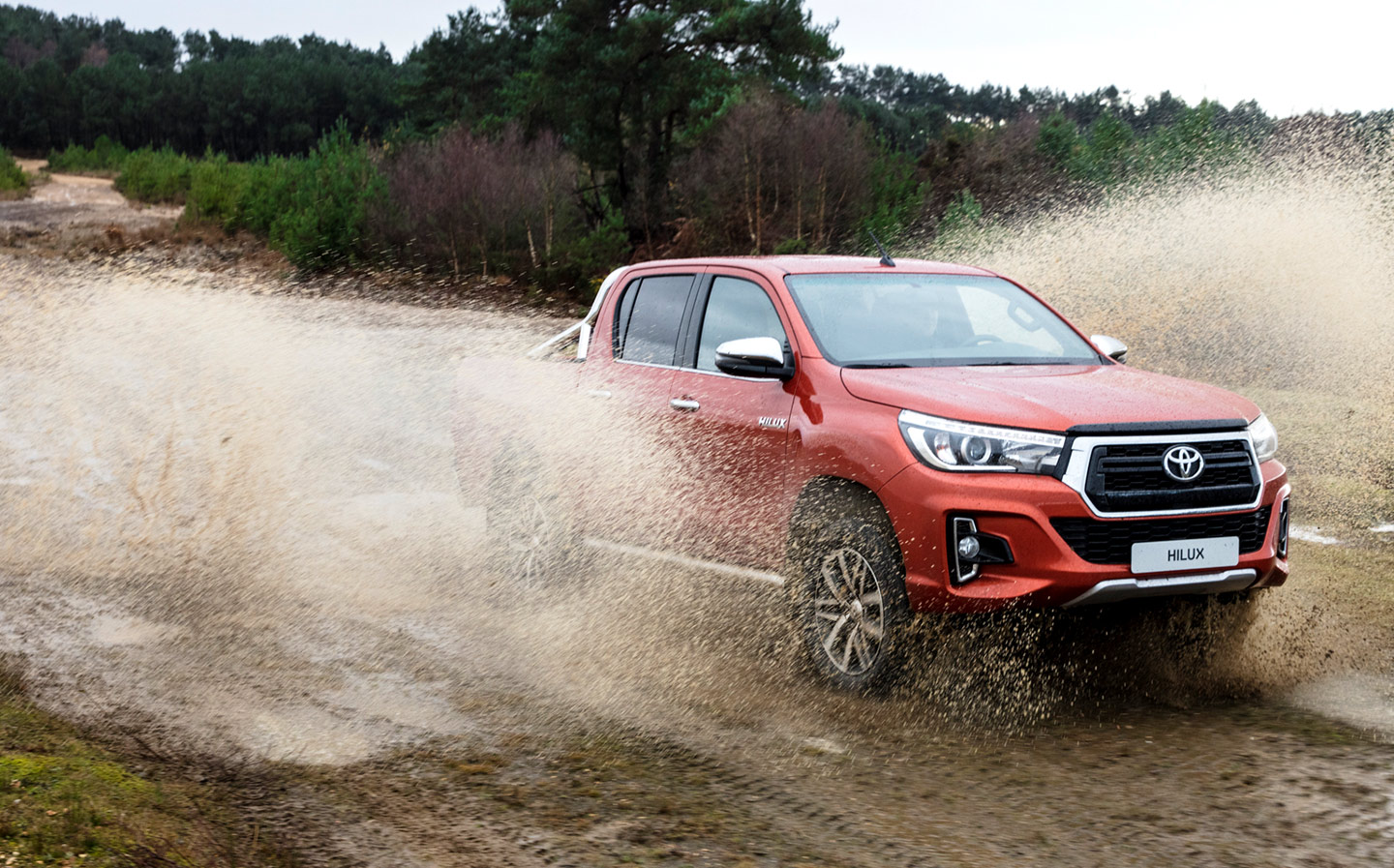 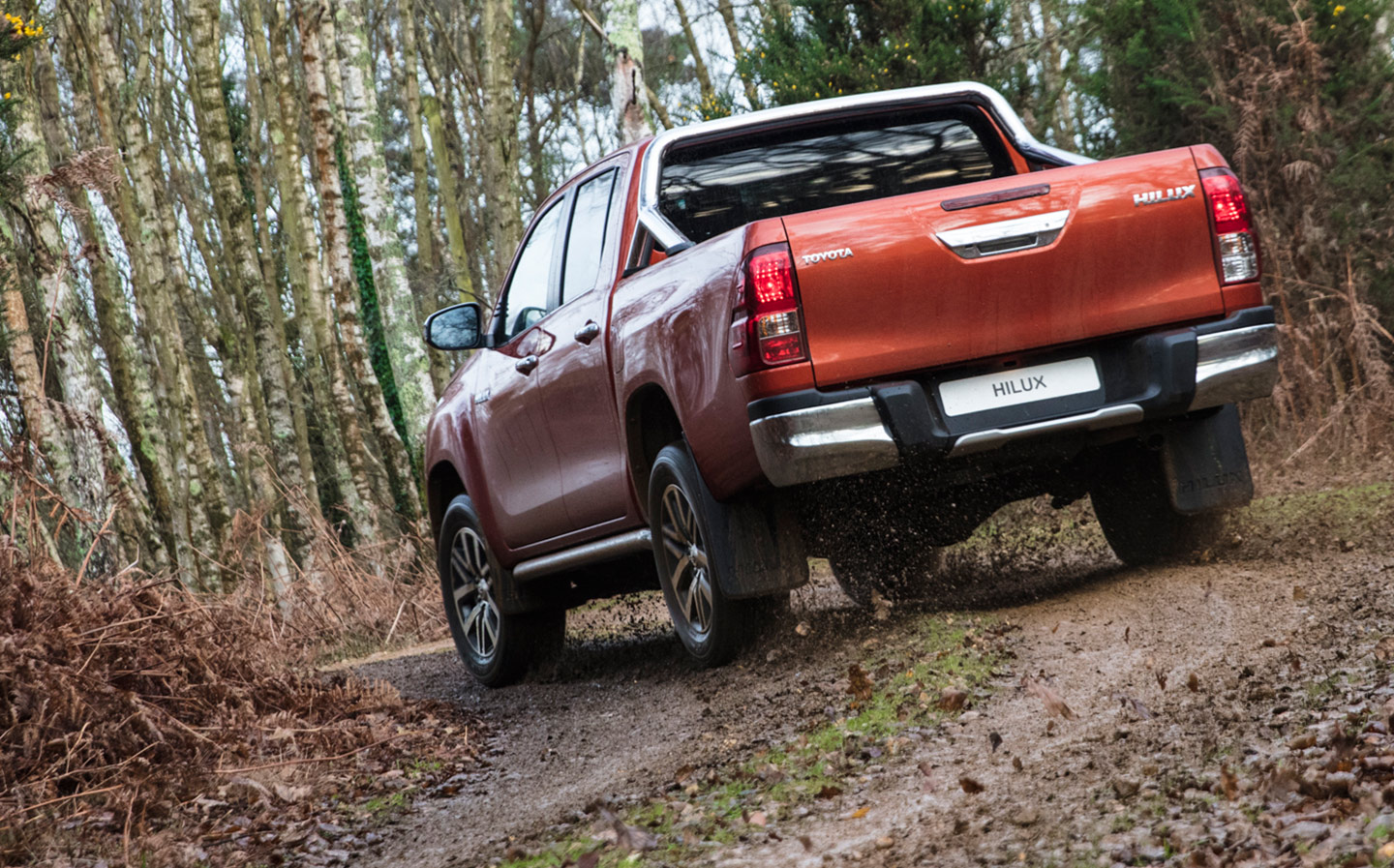 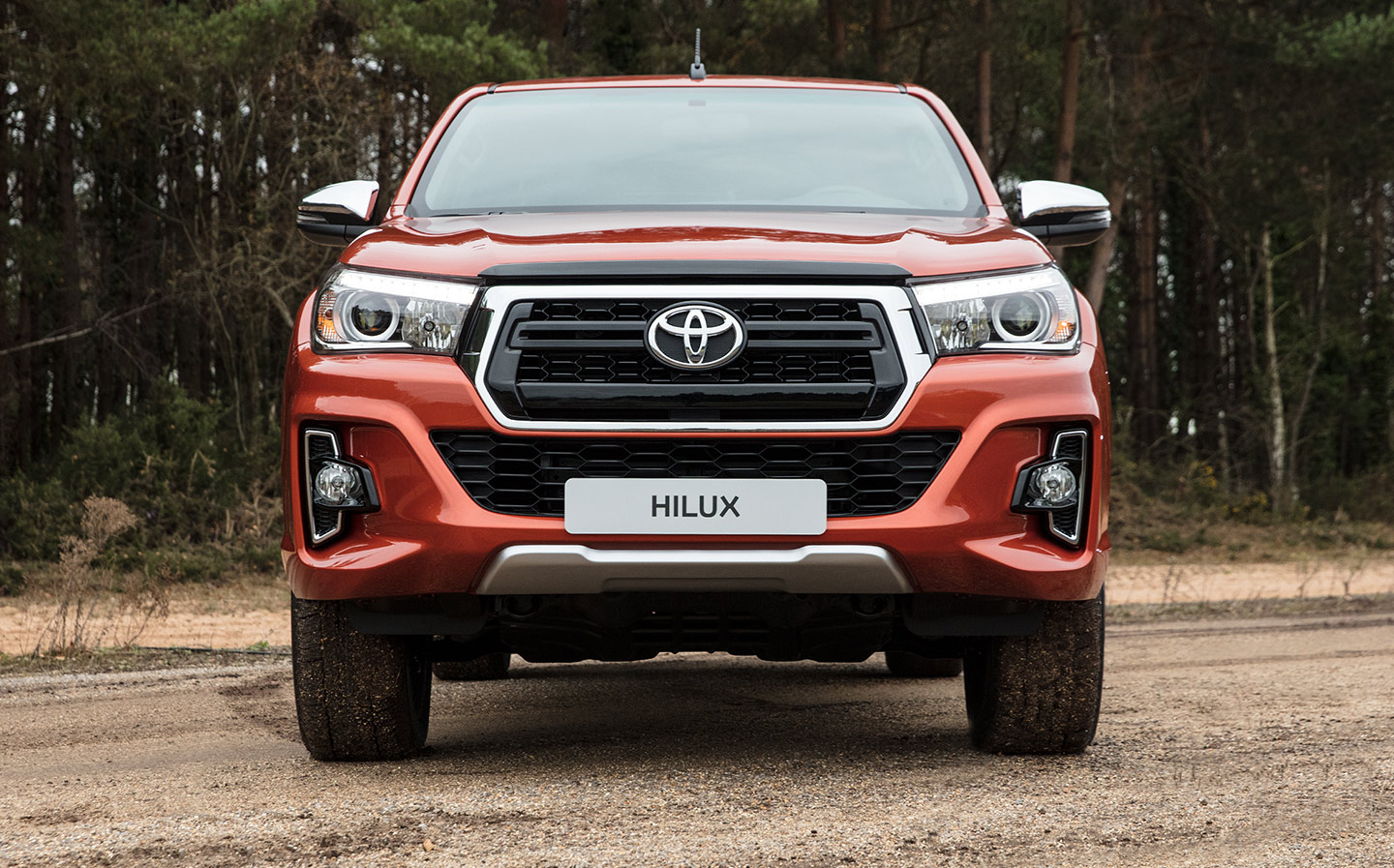 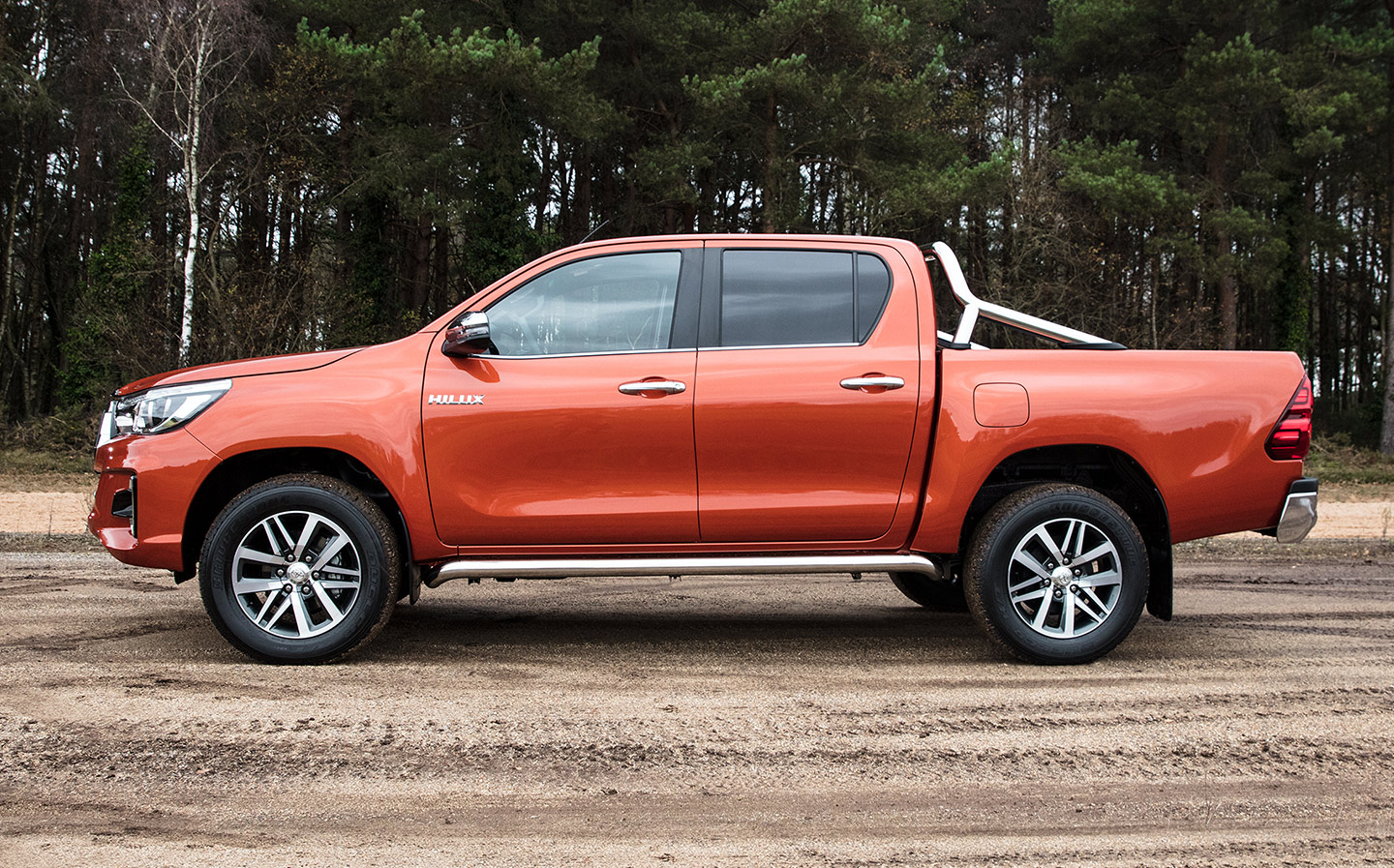 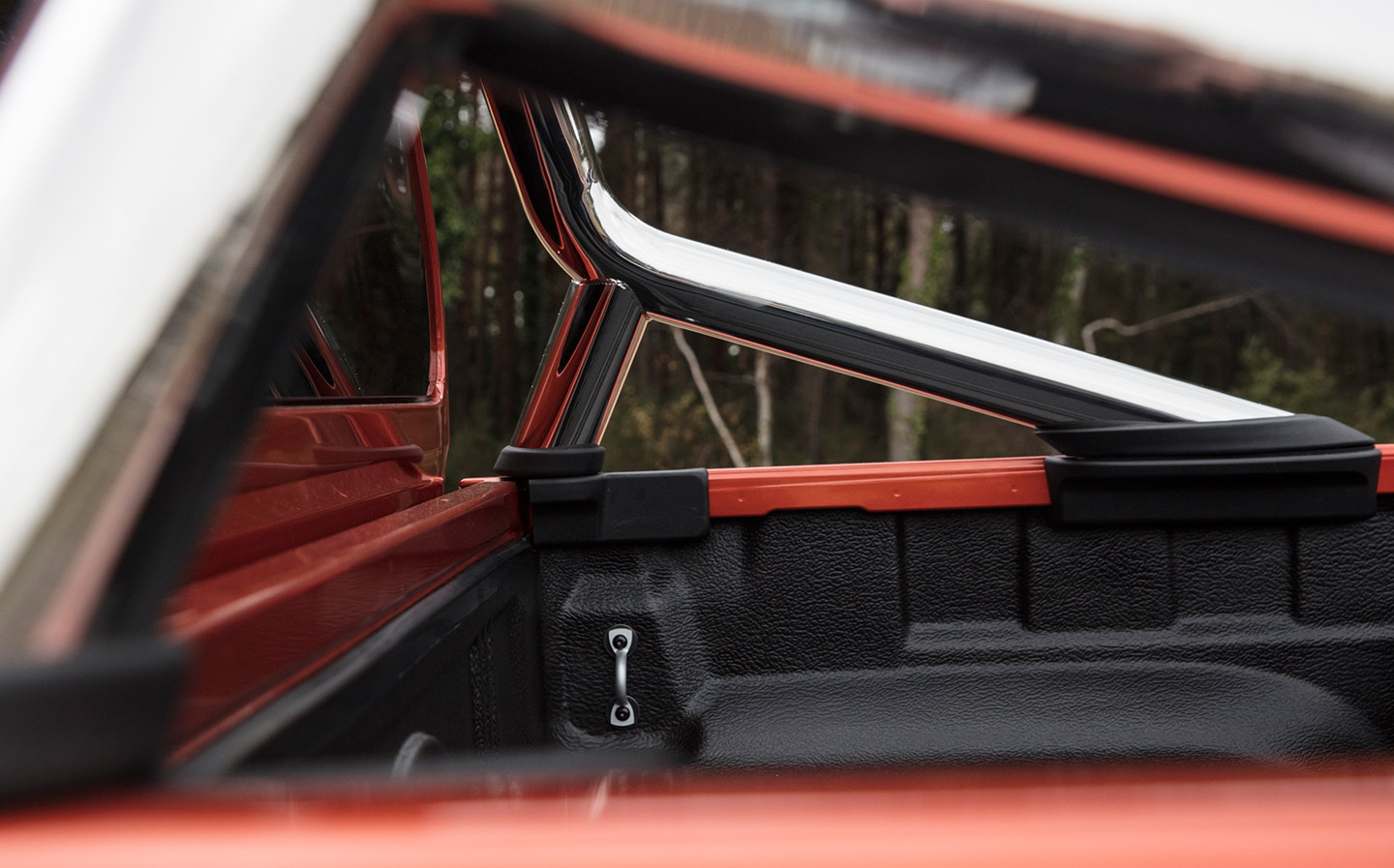 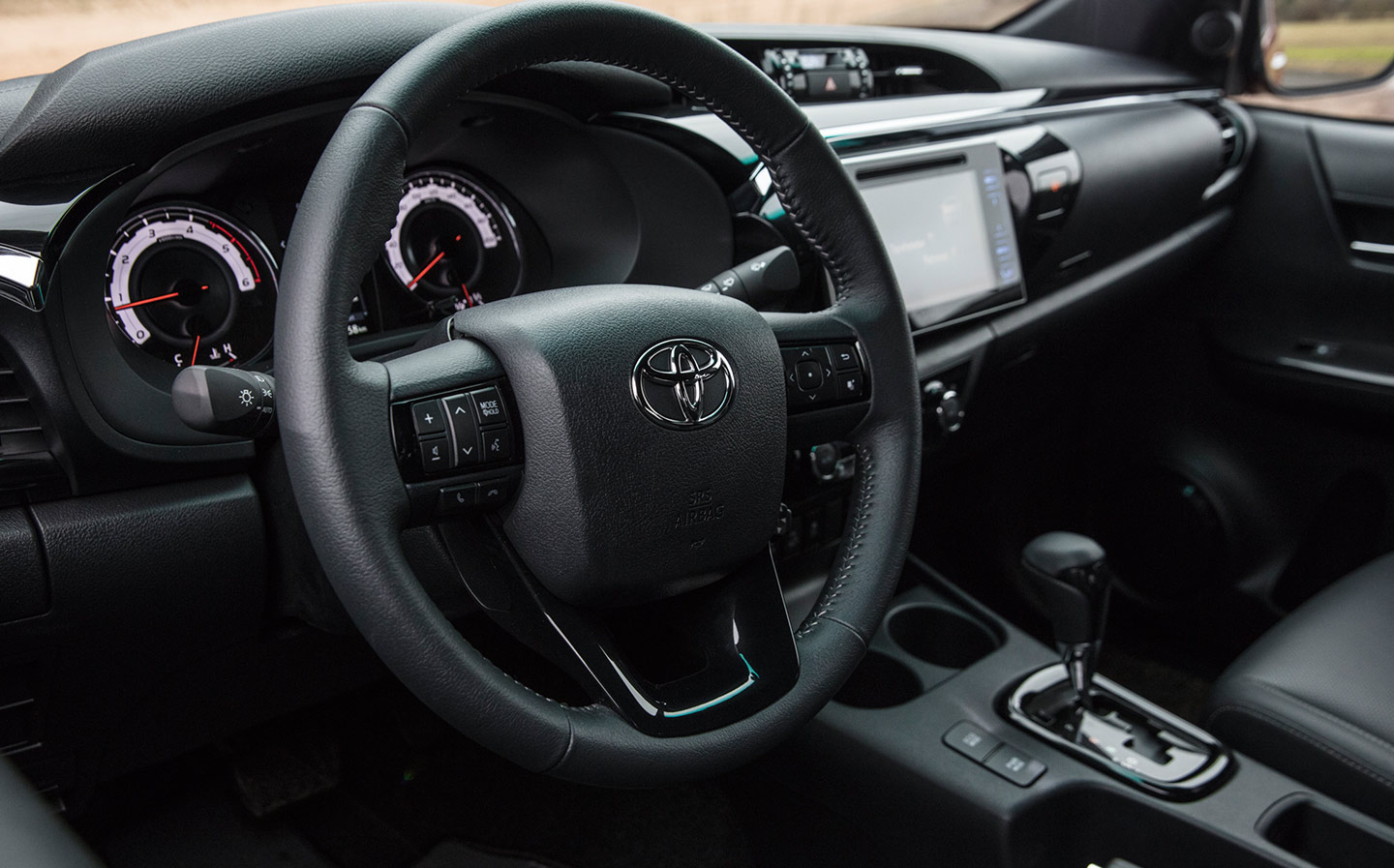 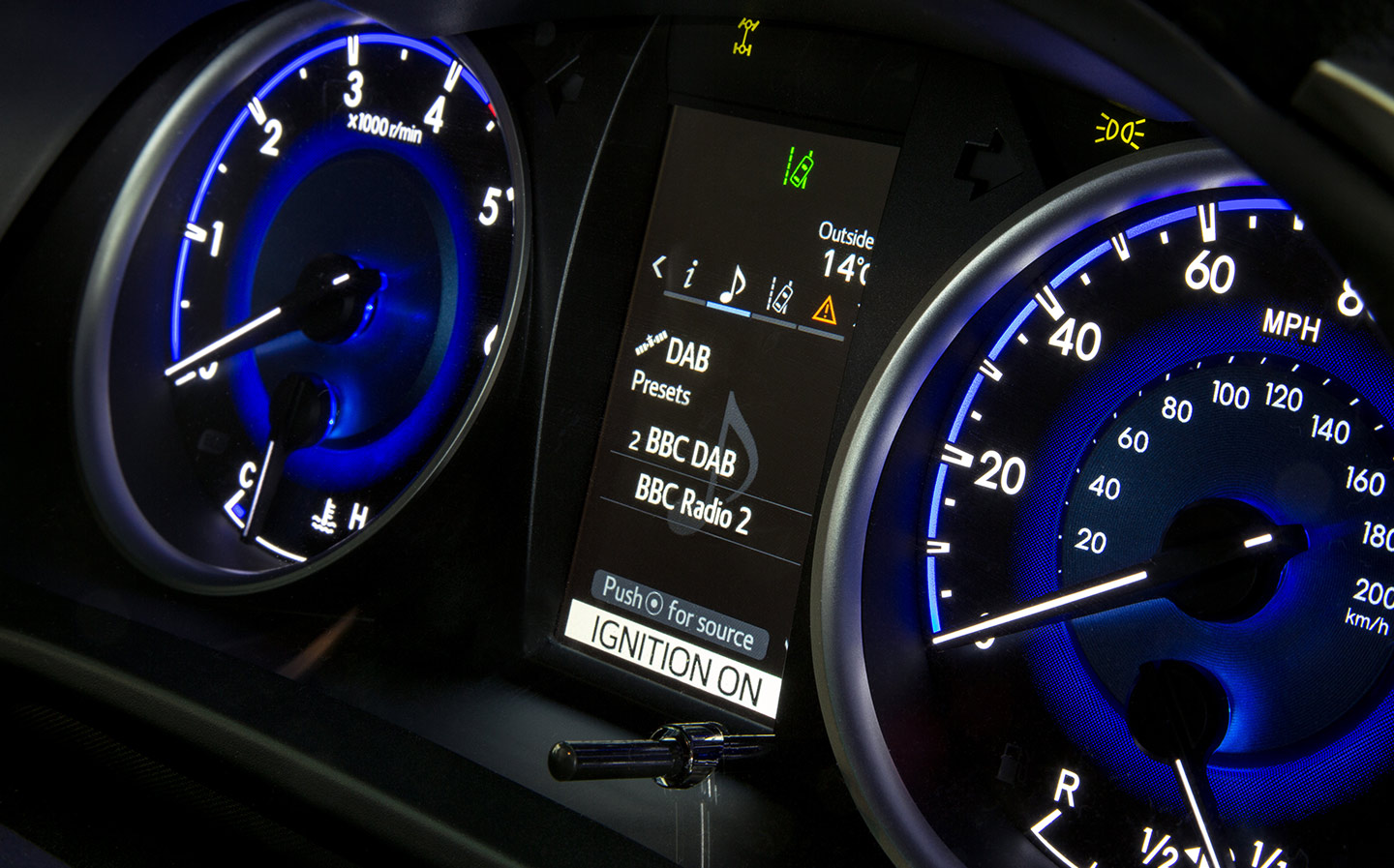 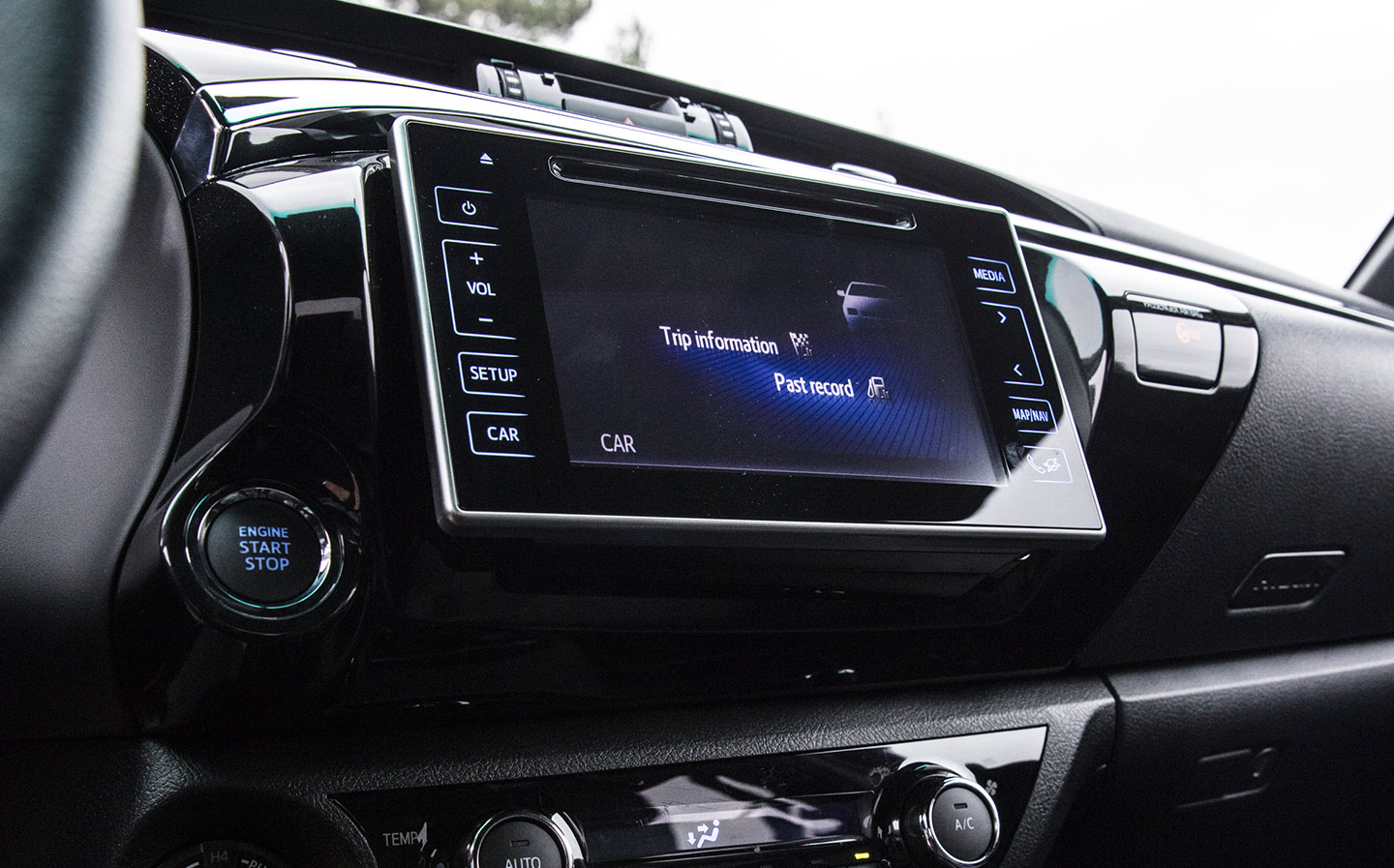 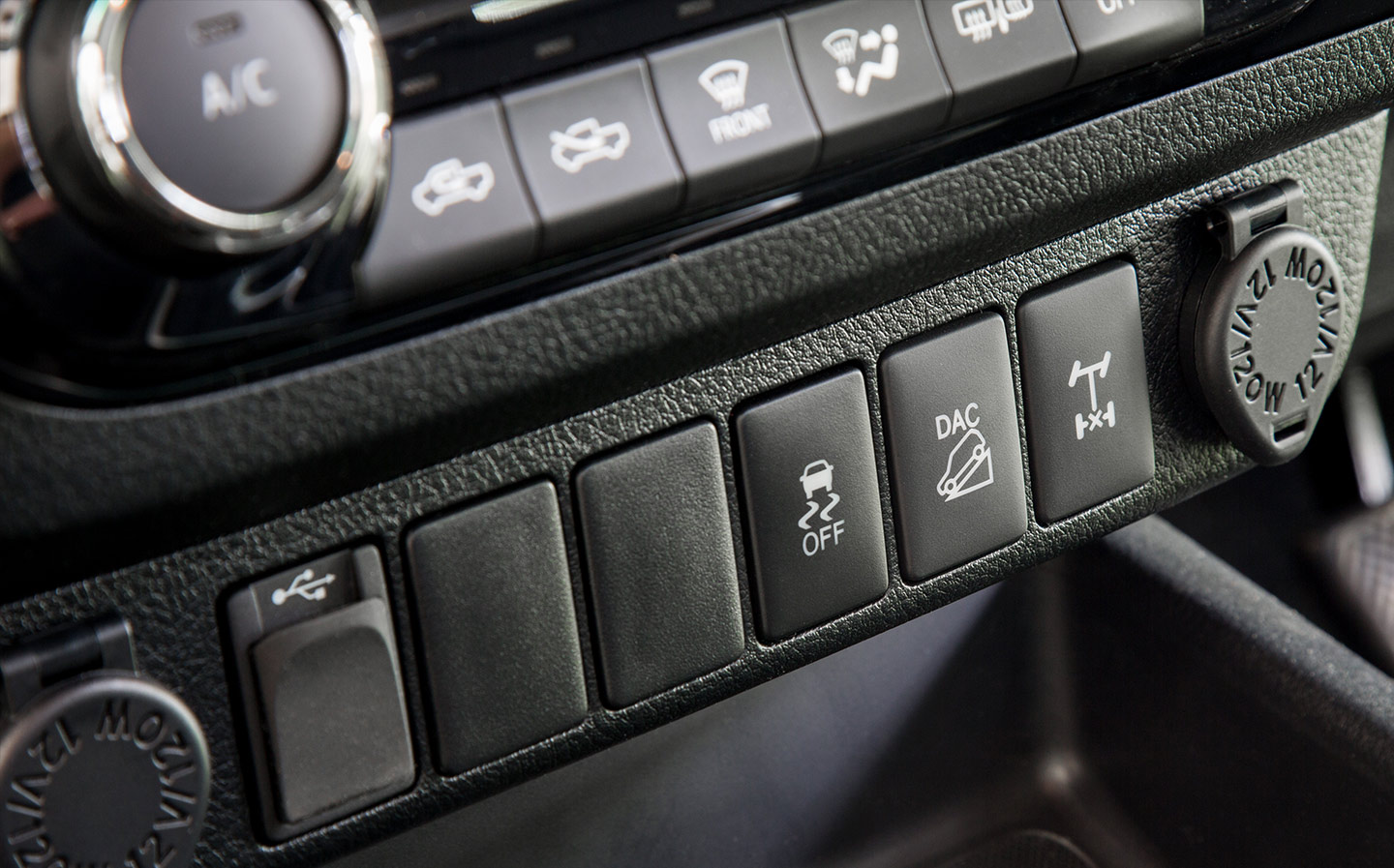 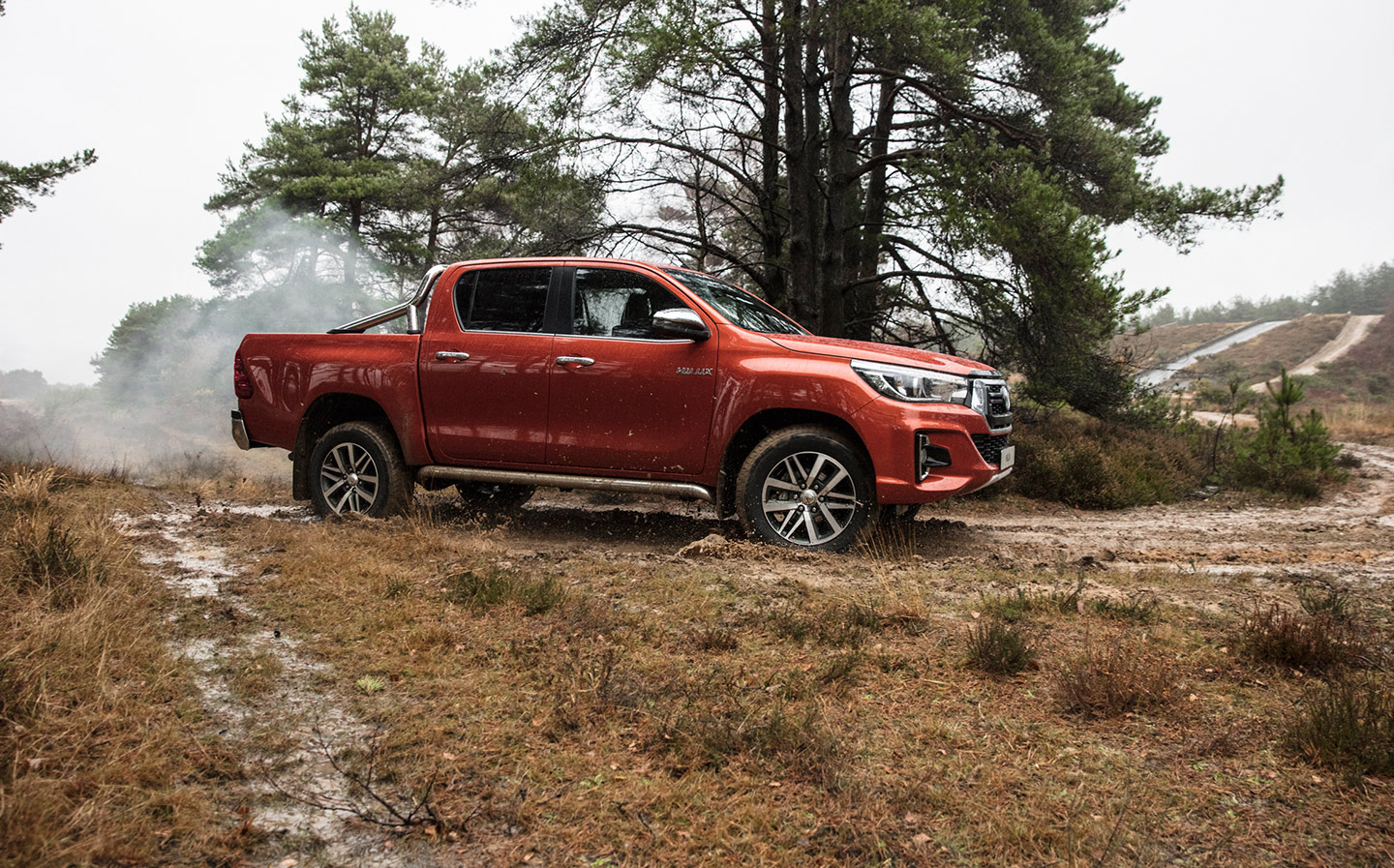 MANY years ago, when I was hosting Top Gear, I was watching the news one night and, as usual, there was much footage of various people in the Middle East shooting Americans from the backs of their Toyota pick-up trucks. And I couldn’t help thinking: just how tough are those things?

So the next day we bought a Hilux and decided to see how much damage we could inflict on it before it stopped working.

I rammed it into various bits of Bristol, dropped it from a crane, set fire to it, hit it with a wrecking ball, left it under the sea for a couple of hours and then, when none of that stopped it from functioning, we put it on the top of a block of flats that were then blown up.

It was a huge risk, that film, because had the Hilux failed to recover from any of its ordeals, we’d have been forced to say, “Well, there you are, folks. You can’t leave a Toyota pick-up truck under the sea and expect it to work afterwards.” And the audience would have replied with a weary, “You don’t say.”

Worse, the next morning the Daily Mail would have said we’d spunked God knows how many thousands of licence-payer pounds into the Bristol Channel and the Mirror would have said I was the unacceptable face of Tory Britain. Then we’d have been in an oak-panelled office, looking at our shoes while we were shouted at by a sustainable panel of gender-neutral executives.

Happily for all concerned, however, the Hilux survived all the ordeals and that film is probably the best remembered item we made. I think even Toyota itself was a bit amazed with the durability of its no-nonsense workhorse because the still-functioning wreck spent some time in the reception area of its world headquarters in Japan.

A couple of years later, when it was decided that James May and I should see if we could drive to the North Pole without killing one another, there was only one car we felt would be up to the job — the latest, newest Hilux.

“Wrong,” said our ice-driving contacts in Iceland. “It’s still tremendous if we want to shoot Americans but for going across a frozen ocean, its trunnions will have to be beefed up and it’ll need big Icelandic tyres, and a long-range fuel tank. And storage space for the gun you’ll need if a bear comes.”

“I could scarcely believe it. I was in a Toyota Hilux pick-up truck, in the gently rolling Cotswolds, and it was stuck”

It was therefore a heavily modified car we used for the journey, but the fact still remains: the cold was so severe that our cameras packed up, my phone stopped working and so did large parts of my body. Nothing works when it’s -50C. But every morning that Hilux started and every single component on it was unaffected. Small wonder the top-of-the-range Hilux is now called the Invincible X.

There are those who say that since Land Rover pulled the plug on the Defender, and agricultural supply shops stopped selling Subarus made from corrugated iron, the nation’s hard-done-by farmers have been up a bit of a gum tree.

But the truth is that they’ve all migrated into pick-up trucks. Jihadi John and that nice Adam Henson from Countryfile weirdly have exactly the same requirements. Toughness, durability and value. And you get all that from Nissan, Mitsubishi and of course Toyota. A base model Hilux is £24,155. Whereas an all-singing, all-dancing, leather-lined, four-seat Hilux with sat nav, cruise control, air-conditioning, the ability to tow 3.5 tons and a load bed measurable in acres, is £37,345.

I was using one over Easter in Oxfordshire and I cannot recall any car garnering quite so much attention. The fence-builders and gamekeepers and dry stone wallers have no time for supercars or the plush off-roaders used by weekenders. They like only pick-up trucks, and in the pick-up world, a luxury Hilux Invincible is more incredible than the Queen’s golden coach. I saw one gnarled and bow-legged countryman actually stroke it as he walked by.

The next day, on my farm in Oxfordshire, seeing how many trees had been brought down by the “Beast from the East” and how much damage the badgers had done that week, all was going well when I arrived at a small hill. Yes, it was a bit steep and yes, the ground was wet underfoot. But this is a hill my old Range Rover can do in soggy conditions with its eyes shut. It has, in fact, on many occasions. So the Hilux — which kicked the Americans out of Afghanistan and Iraq and, as we speak, is holding the Russians at bay in Syria — would have no trouble at all…

I didn’t bother engaging any of the hardcore off-road gubbins. But wait a minute. What’s this? I’m struggling. The wheels are spinning uselessly. So I stopped, twiddled the knob to select the low-range gearbox and then pushed a button to engage the rear differential. And to my utter astonishment, there was a lot of beeping and some flashing lights to tell me that neither thing was working properly. Had the sun risen in the west, I’d have been less surprised.

So I assumed I’d make a mistake, but I hadn’t. It wouldn’t budge. So I rolled back down the hill in reverse, turned everything off, then turned everything on and still got nothing but beeps and flashing lights. I reversed some more, as this sometimes works. But all that happened was that I got more mud on the tyres, which made progress even more difficult.

I could scarcely believe it. I was in a Toyota Hilux pick-up truck, in the gently rolling Cotswolds, and it was stuck. More incredibly, it was stuck because of a mechanical fault. Except, of course, it wasn’t. It was stuck because instead of the old-fashioned levers that Toyota used to fit, the gearbox and the differential are operated by electronics, and electronics in a car designed to win wars against A-10 Warthogs and Apache gunships are as stupid as electronics on a shark defence speargun.

The worst thing about electronics is that the faults are almost always intermittent. So after turning off the Hilux, walking home and coming back with another car and a tow rope, it worked fine and hauled itself out of the mire.

And then the diff lock and low range wouldn’t disengage. For about 15 minutes. Then they did. This was annoying for me; it would annoy a proper farmer even more. With Brexit coming, there’s no time for a mid-lambing season breakdown. But in the Middle East, it could prove fatal.

I could go on to say that the Invincible’s engine was a bit rough and that space for passengers in the rear is tight. But that’s a bit like telling someone with terminal cancer that they have an ingrowing toenail.

The fact is that there is only one reason for buying a Hilux. It’s going to be unbreakable. But mine broke.

“The vehicle was fully checked on return to our workshop. All systems and functions were found to be in full working order.”