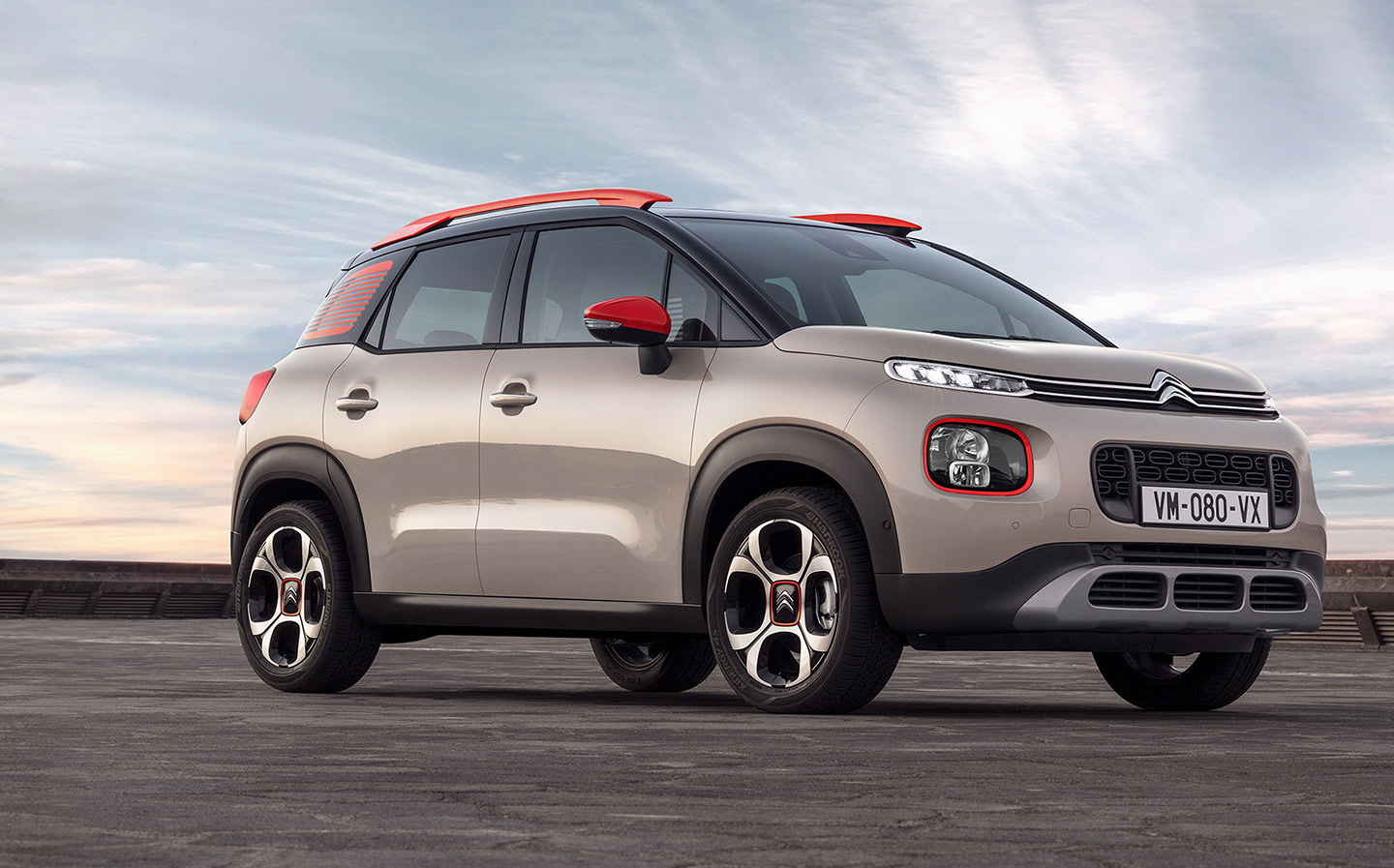 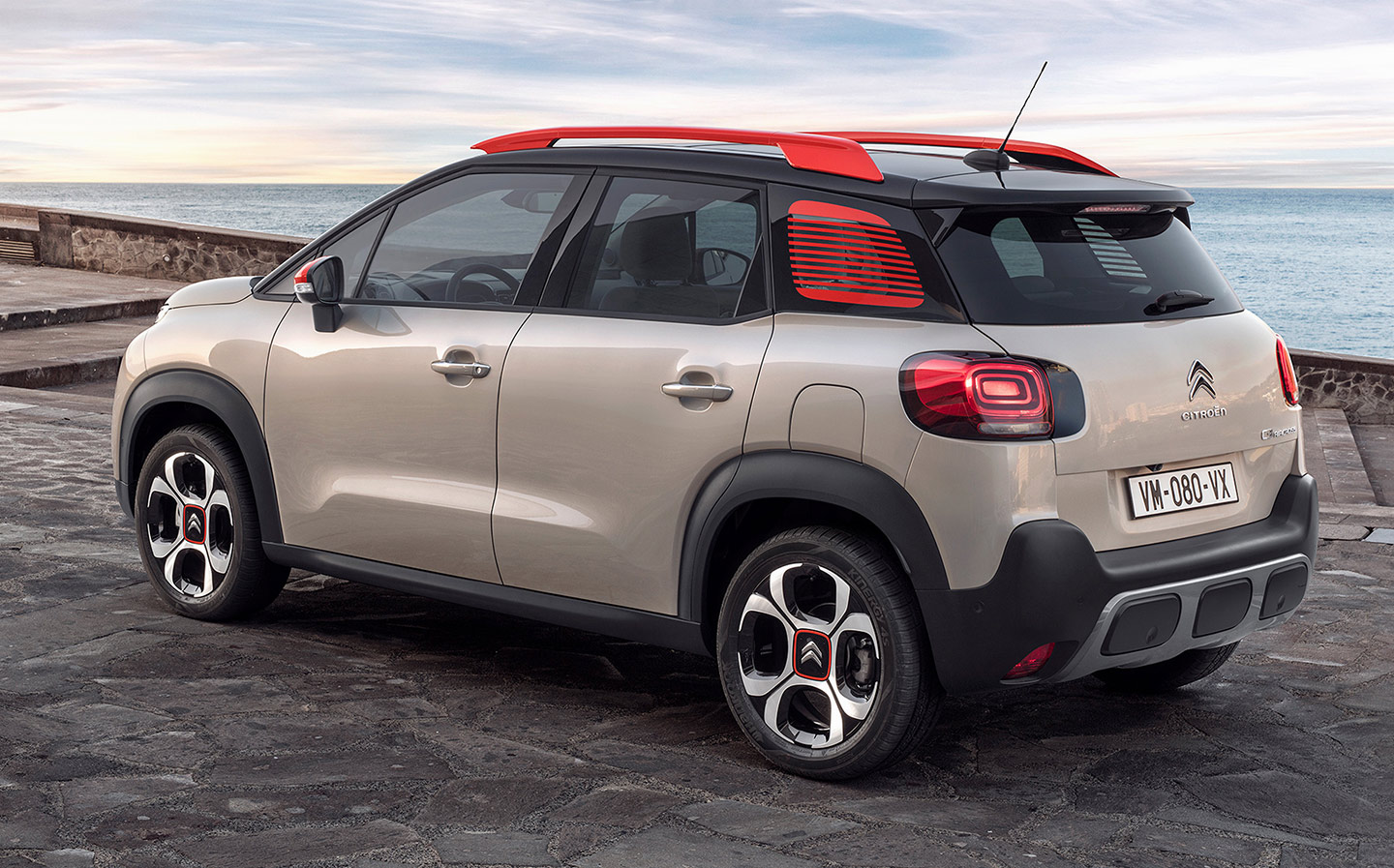 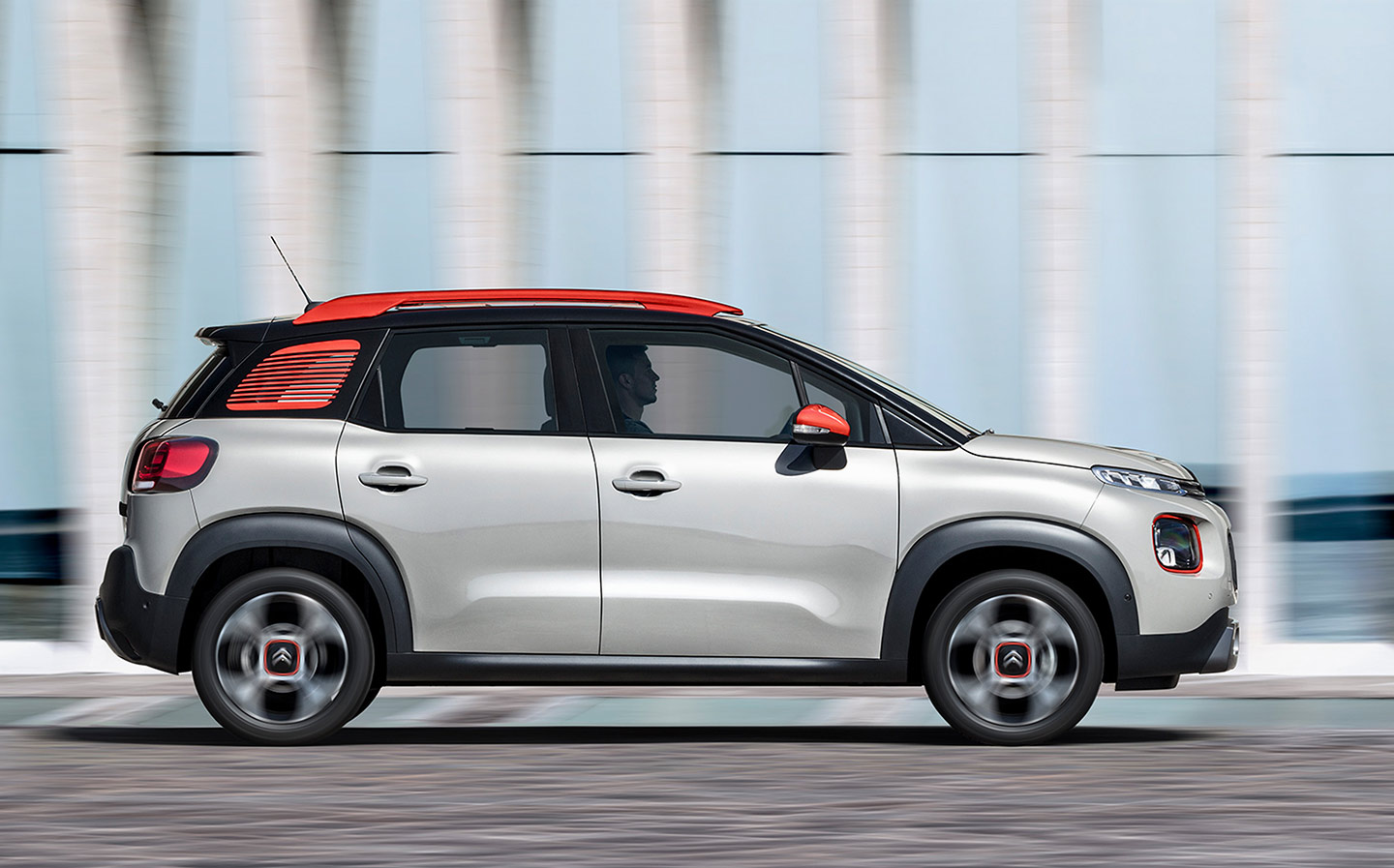 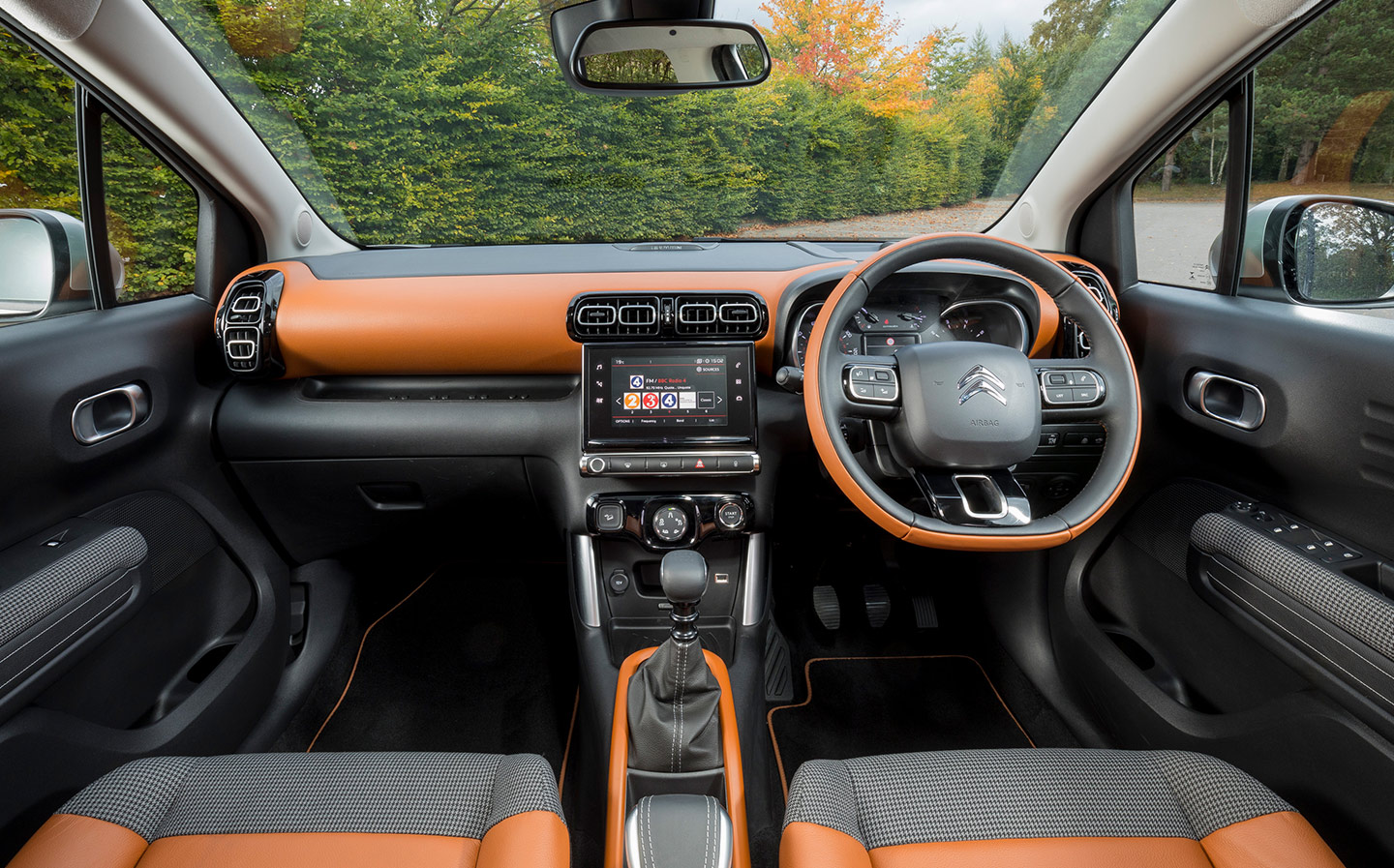 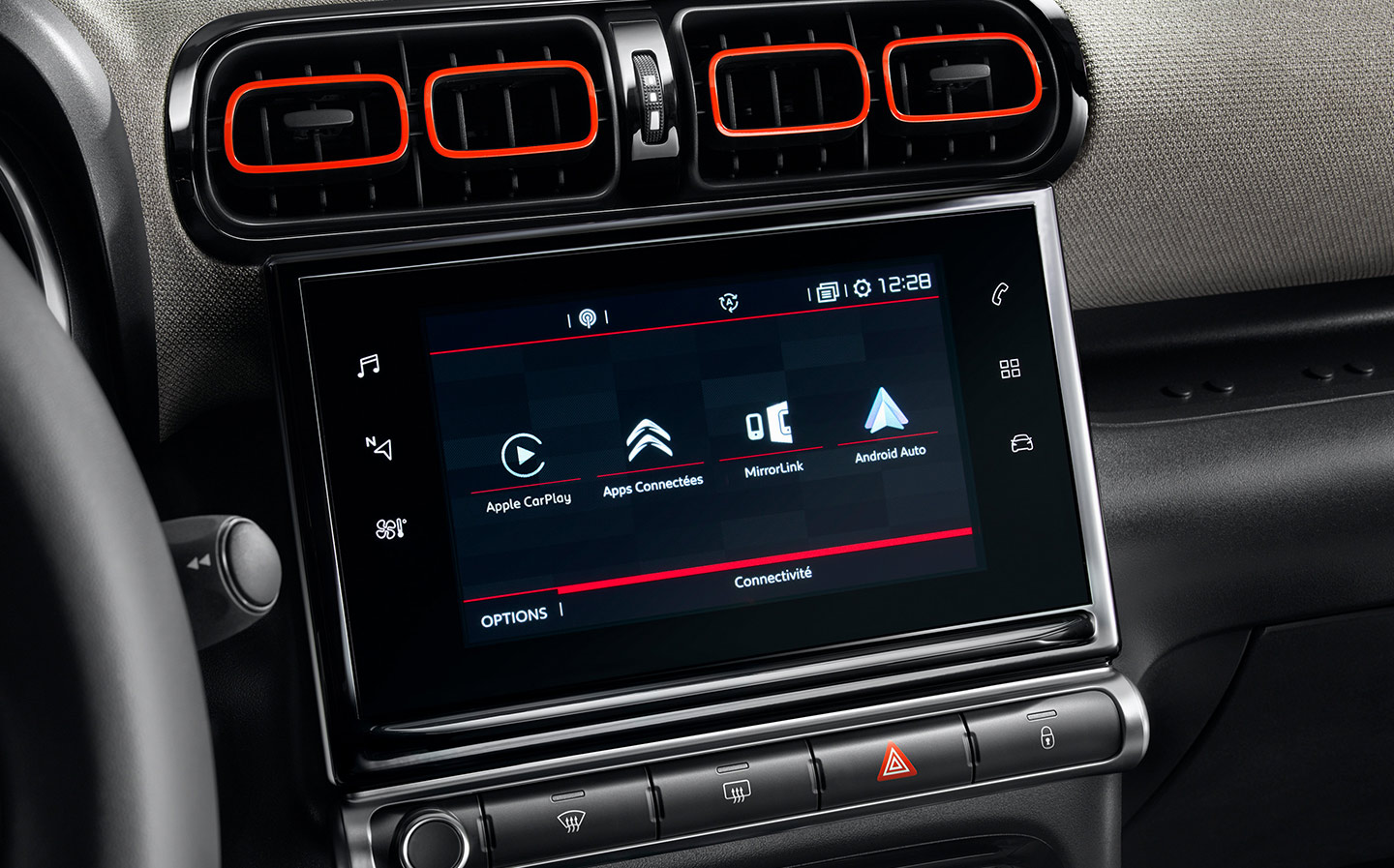 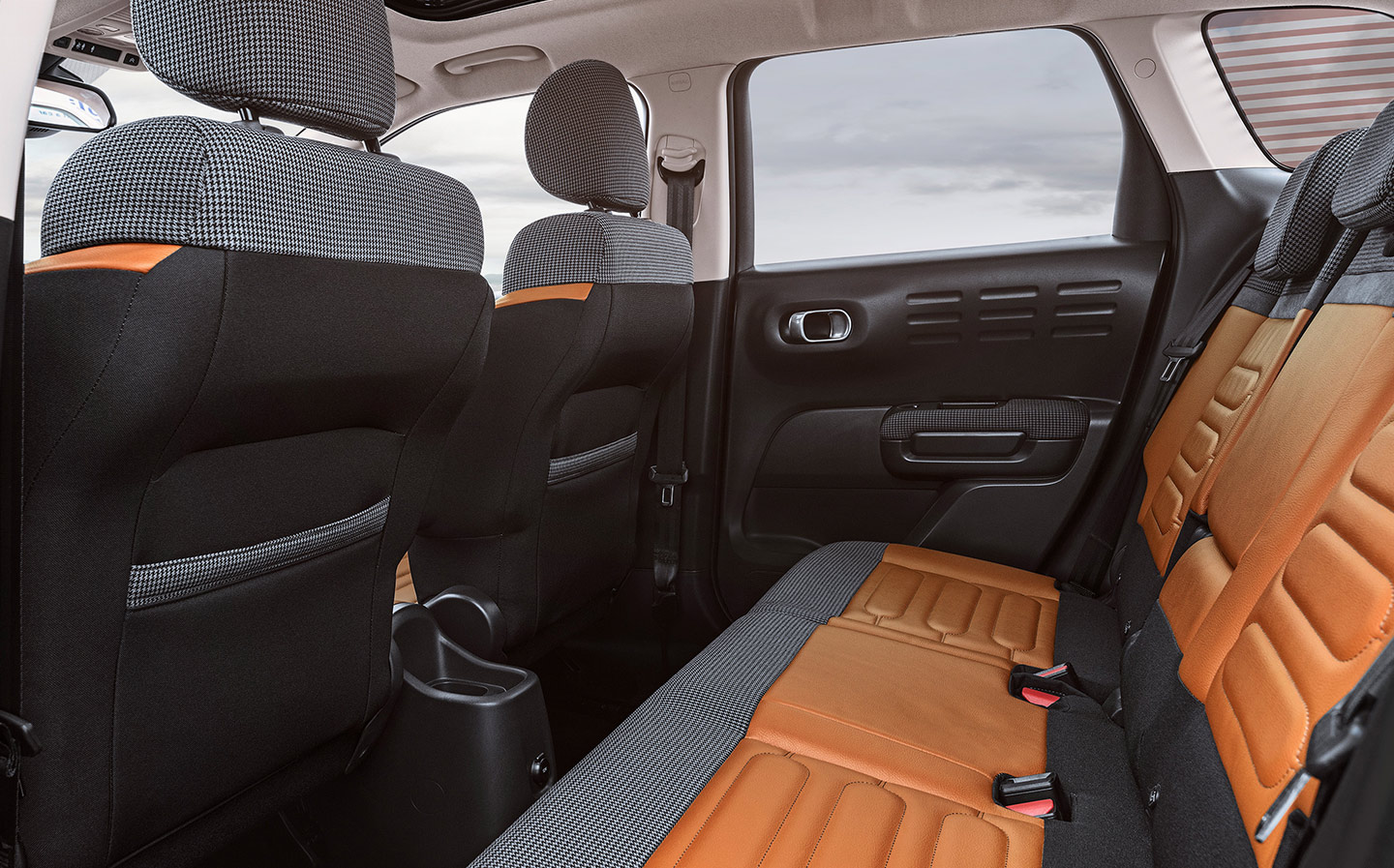 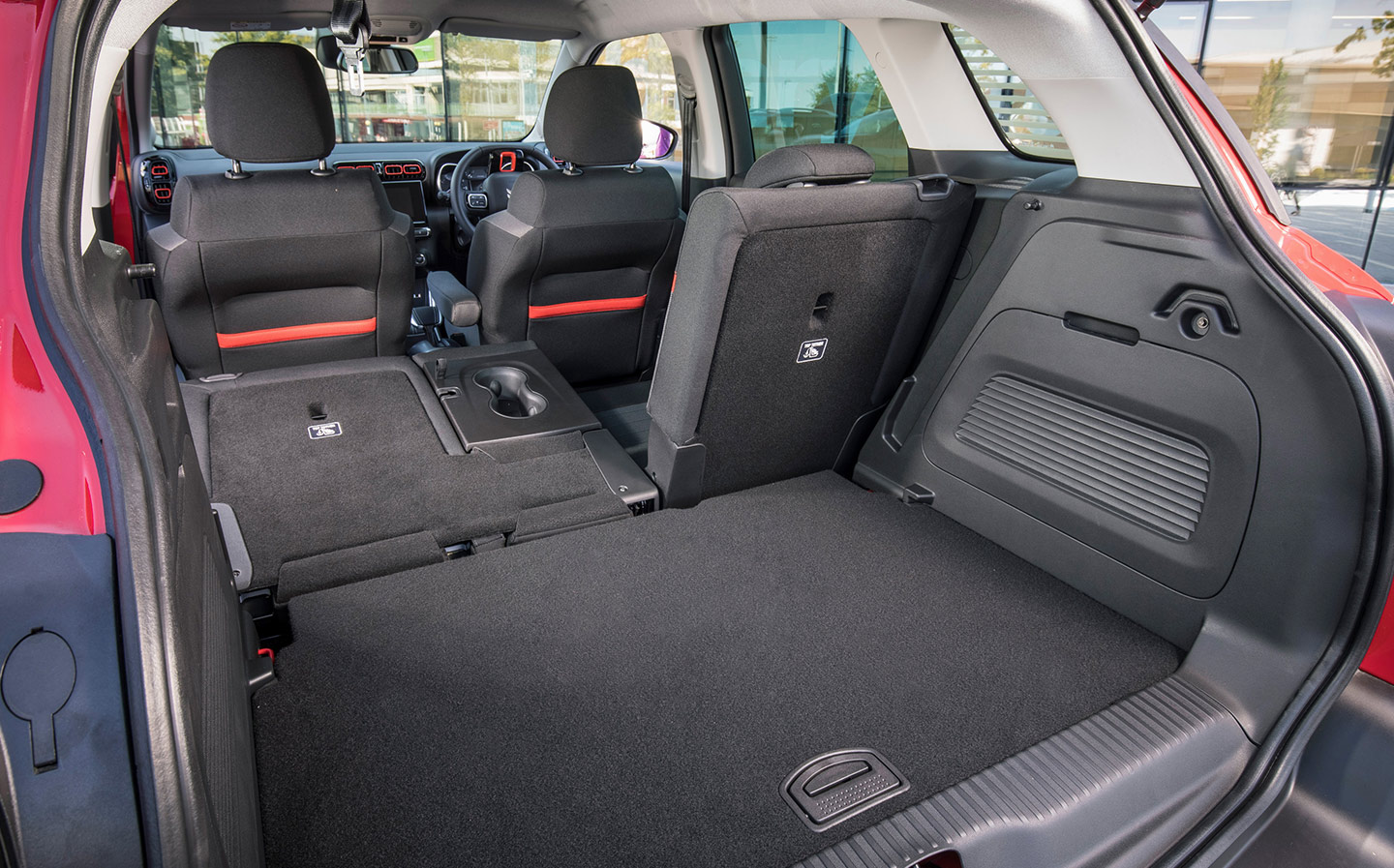 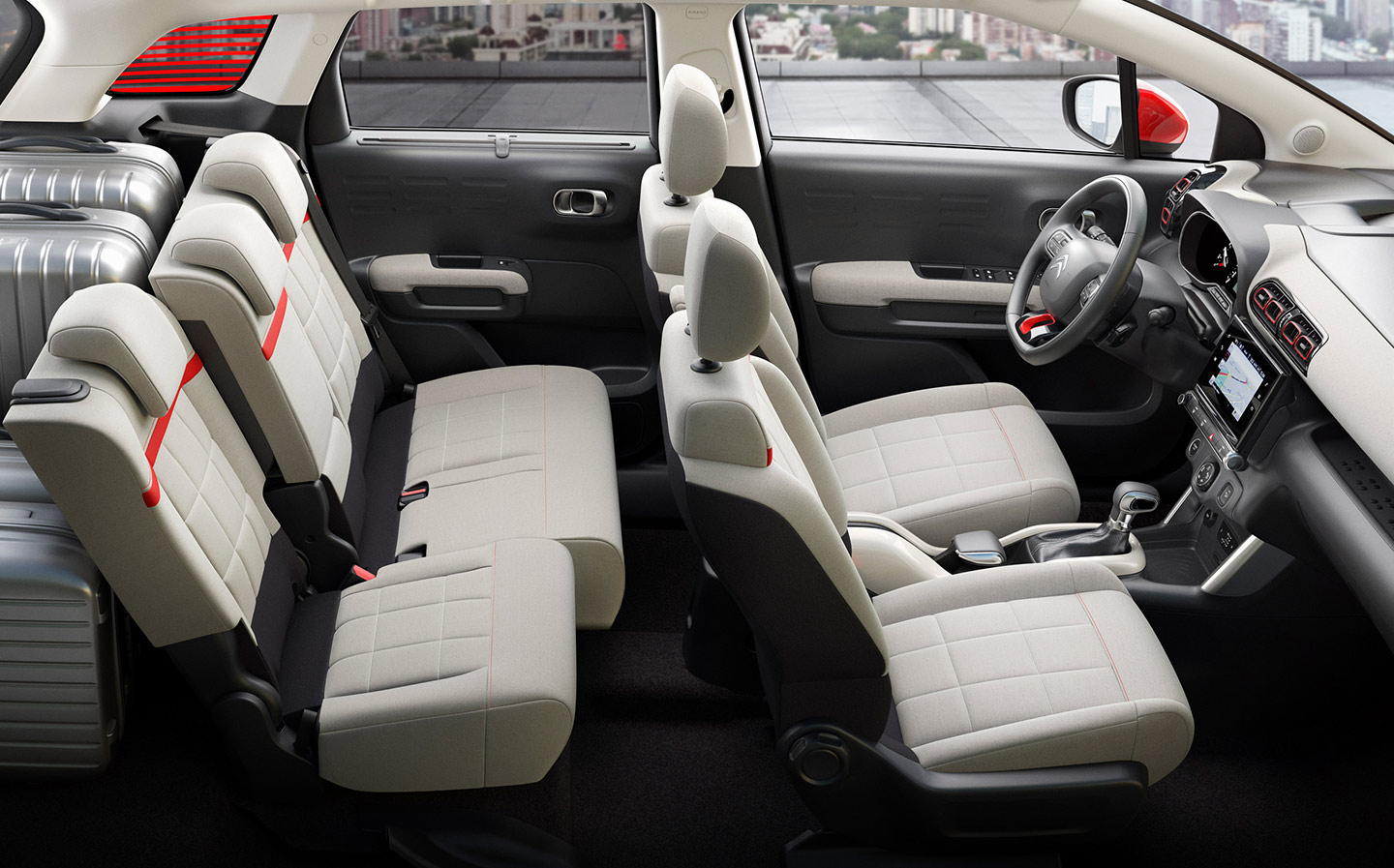 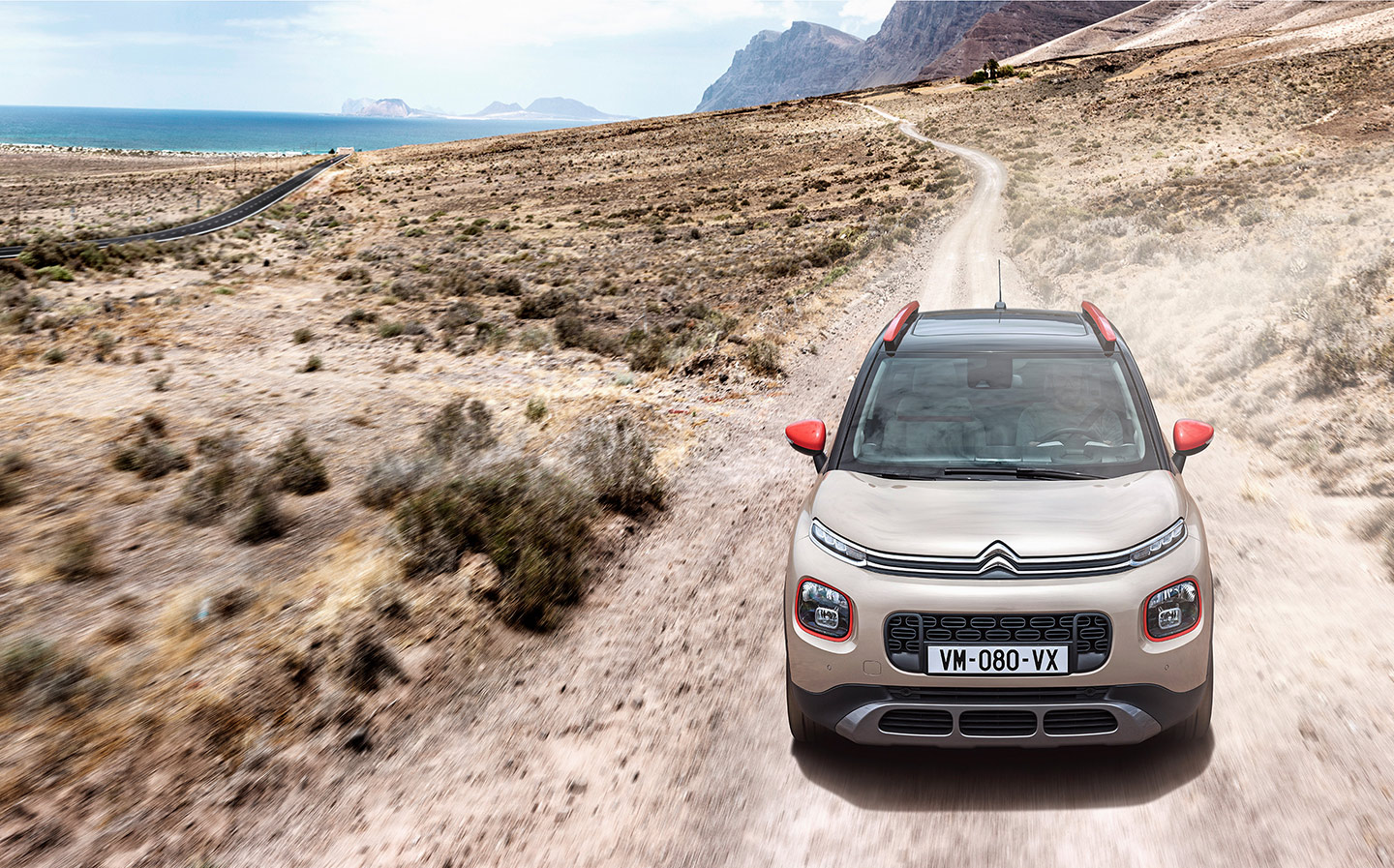 WHEN “the Beast from the East” combined with Storm Emma to give the Mail Online’s headline writers a chance to let their hair down — “Red lockdown chaos as beast takes complete control” or some such — I was assuming, because I have a stiff upper lip, it’d amount to nothing.

It was just a load of weathermen and weathermen women inventing new levels of danger so they could be shunted from a bulletin after the news to the news itself.

And I’m sorry but Britain is in the wrong place for extreme conditions. We have heavy drizzle or light drizzle.

So I went to bed that night assuming my trip to the airport the next day would be fine. This wasn’t a casual trip either. The last two holidays I’d tried to take were cut short for one reason or another, so I was determined to get away for a week’s rest and relaxation before another year of filming with the constant dull ache that is James May.

I should have gone to London the night before the flight. People explained that my cottage, on the top of a hill in the Cotswolds, would be first to fall victim to the “ice blizzard killer hell”. But I said, “Pah!” and ignored them.

This was a mistake, because when I awoke, the lane to my cottage was under 5ft of snow. And so, while trying to pack with one hand, I made a panicky call to my local farmer with the other and asked if he could clear it with his tractor. “Not much point,” he said in that cheerful, farmery way, “because even if you could get to the village, you’re not going anywhere.”

I saw this as a challenge and went to start my trusty 11-year-old Range Rover. Which decided it didn’t much fancy the idea of a steep lane under 5ft of snow and developed an electrical fault. This stopped the off-road gubbins working, so all it did was slither.

My girlfriend pointed out that we also had the Supacat, a six-wheel-drive, fat-tyred army machine designed to go onto the battlefield and retrieve stranded Snatch Land Rovers. “That’d get us out,” she said.

“The Aircross is a mini off-road crossover urban MPV in the same mould as the Seat Arona, the Kia Stonic, the Hyundai Kona and half a dozen others that you’d rather kill yourself than buy”

And she was right. That thing would laugh in the face of Storm Beast, but after it got us into Chuntsworthy, then what? It has no roof or numberplates or suspension, so it wouldn’t work on, say, the M40. Not at –200C, which is what the Mail Online said the temperature was outside.

Happily, I had a car on loan that week from Citroën. Unhappily, it was something called an Aircross, which is a mini off-road crossover urban MPV in the same mould as the Seat Arona, the Kia Stonic, the Hyundai Kona and half a dozen others that you’d rather kill yourself than buy.

To try to make it stand out from the sea of awfulness, the Citroën has orange roof rails, chunky skid plates and tough-looking wheelarch extensions, but all this stuff is a bit like Theresa May’s shoes. Zany as hell but not fooling anyone.

They certainly weren’t fooling me, because under the skin the Aircross is actually a Vauxhall. And is that what you want — a Vauxhall, with Theresa May’s shoes, that was built in Spain? No, me neither.

And it was definitely not what I wanted on that snowy morning as the Beast became Emma and the drifts were deep enough to drown Richard Hammond. Because, while the little Citroën looks as if it has four-wheel drive, it doesn’t.

It didn’t have much grunt either, because its 1.2-litre three-cylinder engine is designed for tax avoidance in Paris rather than a full-on snowstorm. Yes, thanks to some turbocharging, it develops 128bhp, which is more than you’d expect from an engine this small, but it wasn’t going to be enough.

“Incredibly, the Aircross made good progress across the monochrome, frozen landscape like Scott of the Antarctic. Who of course died”

Still, there was no alternative, so we loaded the suitcases, fiddled about with the grip control system, which I assumed was a gimmick designed to fool people into thinking this little bit of Eurotrash might actually work in places it’ll never go, and set off.

As the lane to the village was out of the question, I decided to take a cross-country route. I figured that most of the snow in the drifts had been blown off the fields and that they’d be clear. I also reckoned that because it was so cold, and because this part of the country is essentially brash, there’d be no sticky stuff to bog the Citroën down.

And incredibly, given that both suppositions were formed from nothing but hope, the Aircross made good progress, bumping across the monochrome, frozen landscape like Scott of the Antarctic. Who of course died. So, with that in mind, we were prepared for the worst, wearing big coats, scarves, thick-soled shoes and thermal underwear.

Soon we reached a road buried under even more snow than the lane. It was the same story at the next road. But eventually we emerged through a hedge into the village, which was like a scene from The Omega Man, only quieter. Everyone had taken the advice of the Mail Online and stayed at home with their families to await the cold hand of death.

But there was at least no drifting on the easterly route out of the village, so off we set, and soon we made it to the next village, and then — joy of joys — the main road. It was blocked. A BMW — famously the worst snow cars in the world — had tried to climb a moderate hill and failed. This had brought out the off-roading enthusiasts, who were doing manly things with ropes.

It was amusing to watch the shrill women who moan all year about Chelsea tractors begging the drivers of such vehicles for help.Everyone laughed at the Citroën, and said even if the BMW got free, a lorry had got stuck and there was no way past that.

We tried another route, but that was blocked by a slithering gritting lorry. The council was doing its best and I commend it. But it was a lost cause, and as the dashboard clock flashed away, so, it seemed, was my holiday. Chipping Norton had been cut off.

There was only one option: to head for even higher ground and a small B-road. I didn’t hold out much hope, and an off-roading enthusiast flagged me down to say it was impassable. But he was reckoning without the little Citroën, which, in conditions that were stopping intercity trains, got through.

There was plenty wrong with it. The wipers made a godawful racket, the indicator ticks were too loud and you can’t shut the stop-start function without going into a sub-menu on the command and control screen.

Mind you, by not fitting a button for this, or anything else, Citroën has saved a few quid, which is passed on to the customer. If you want a crappy little urban crossover MPV car, the Aircross is good value.

And while there’s plenty to annoy you 362 days of the year, it’s brilliant on the three days when we have snow. It is far and away the best off-roader I’ve driven.

But because I didn’t think it would be, I arrived in the Seychelles still in my tweed shooting coat. The immigration man must have thought I was mad.
Tweet to @JeremyClarkson Follow @JeremyClarkson