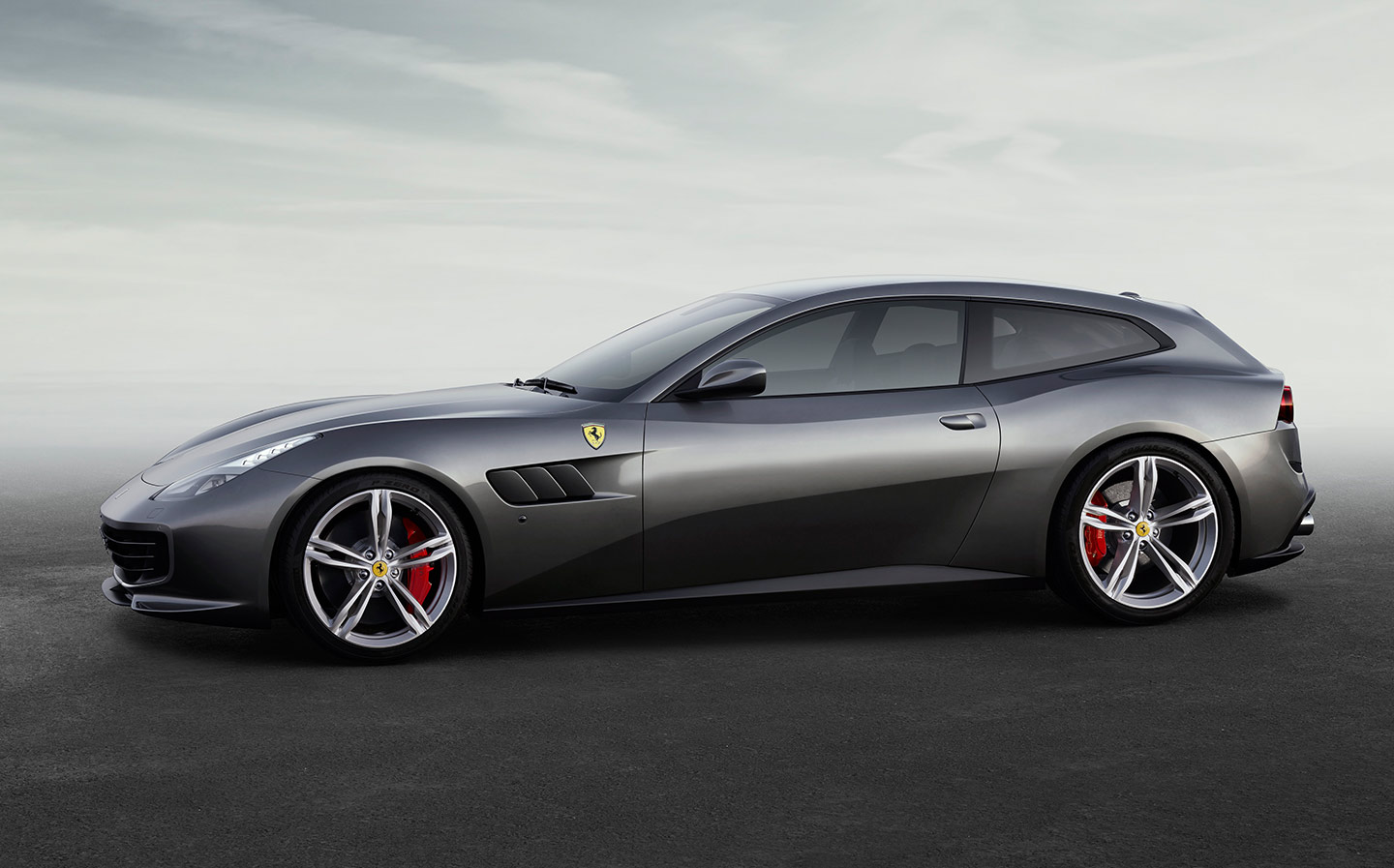 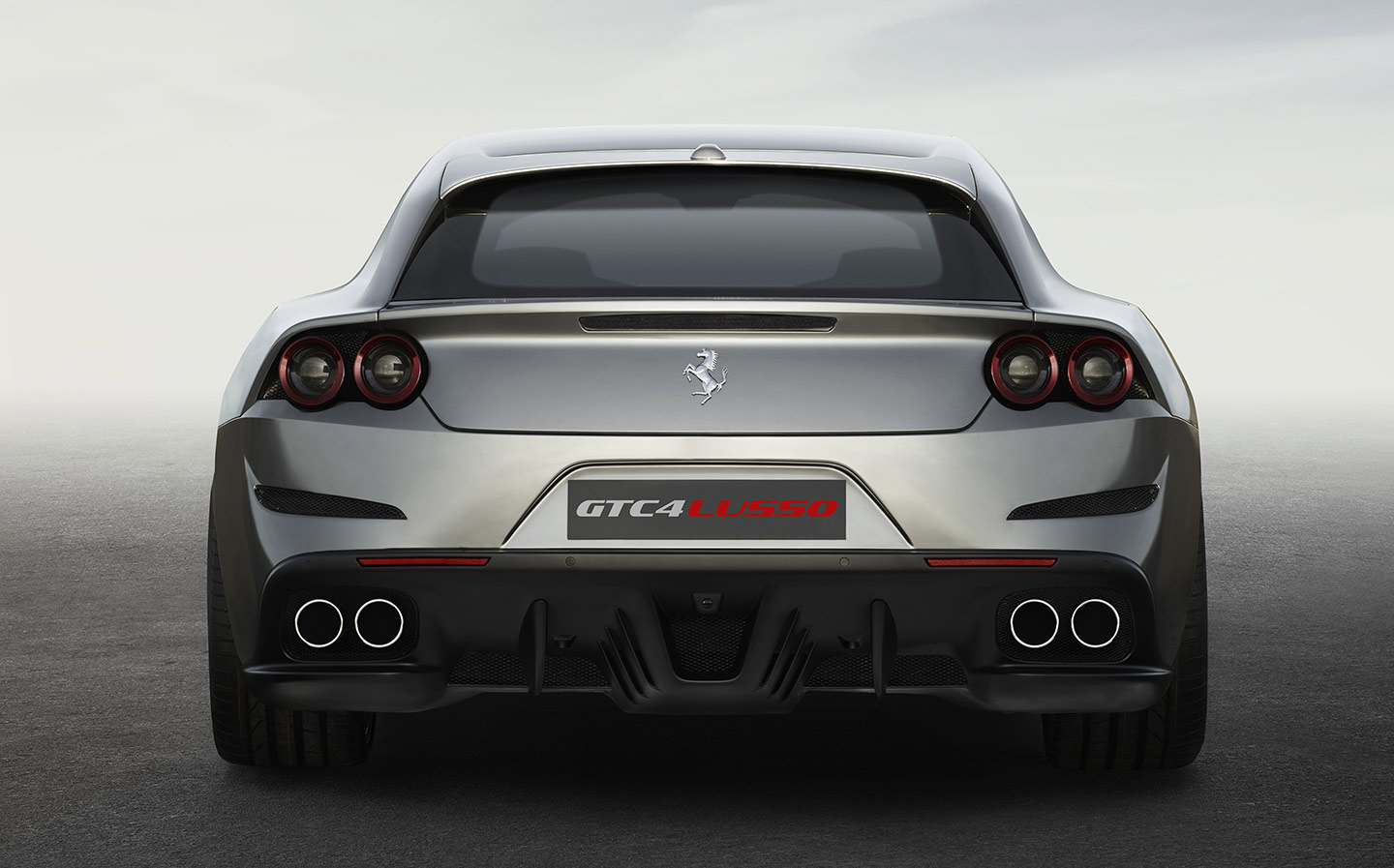 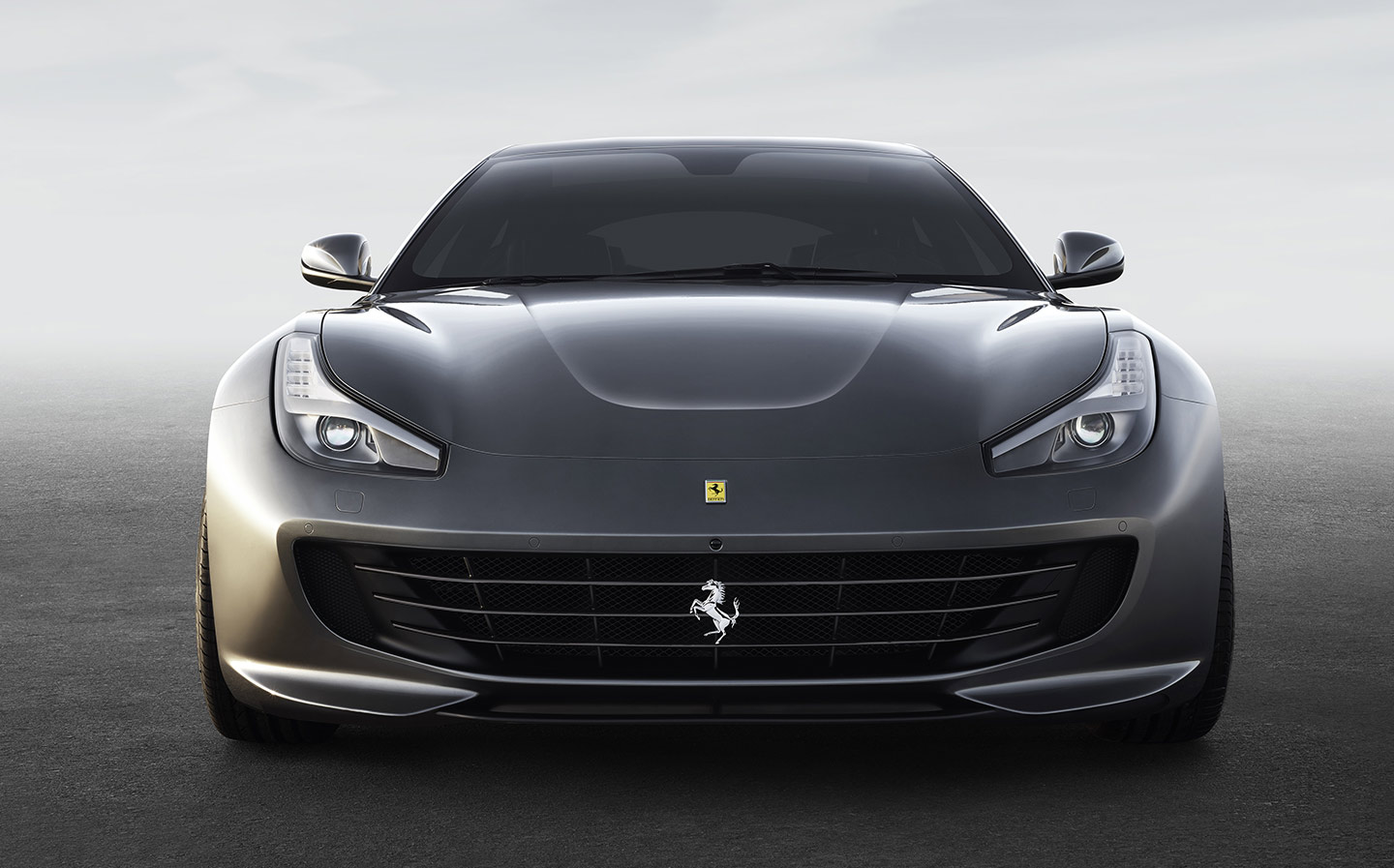 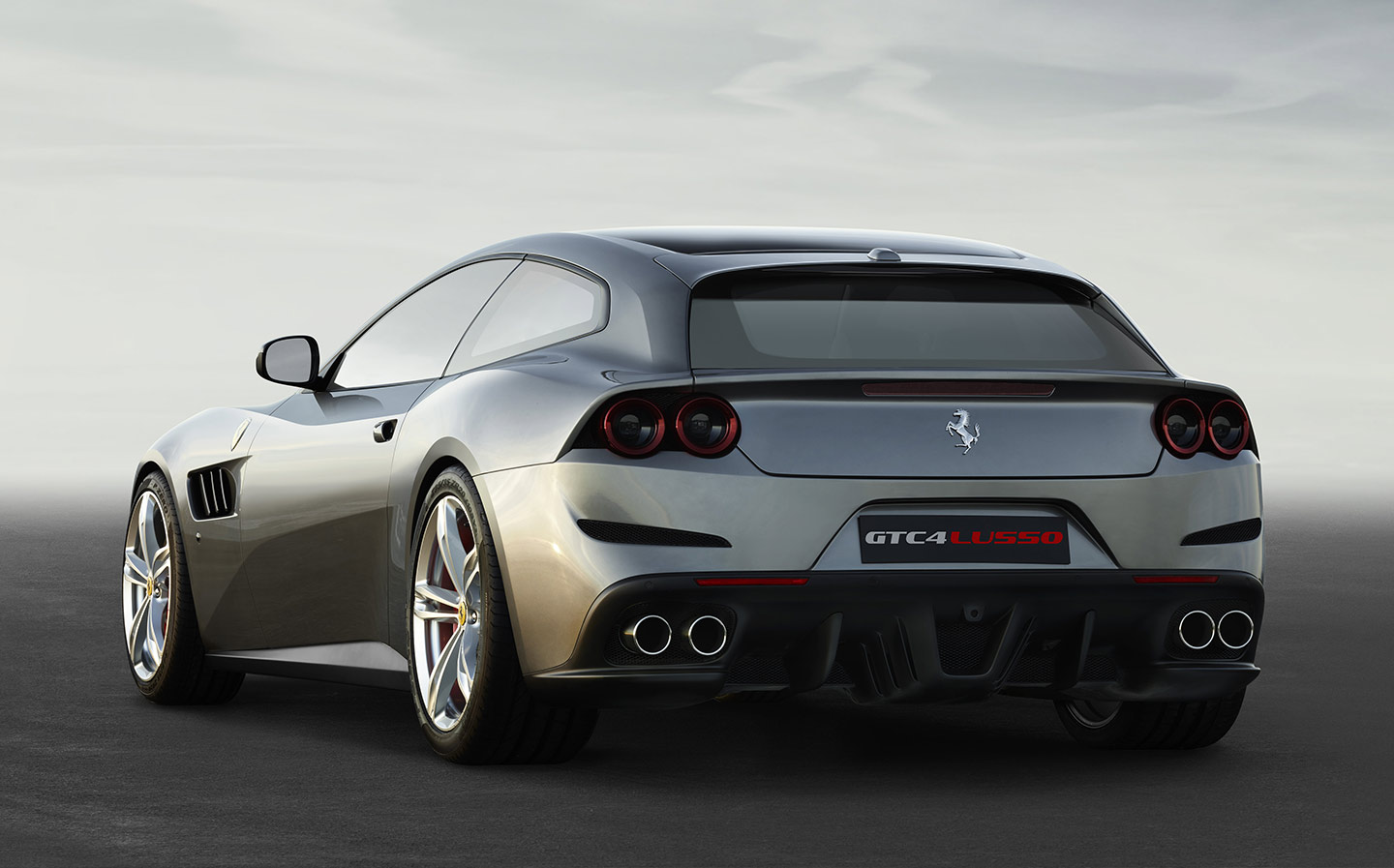 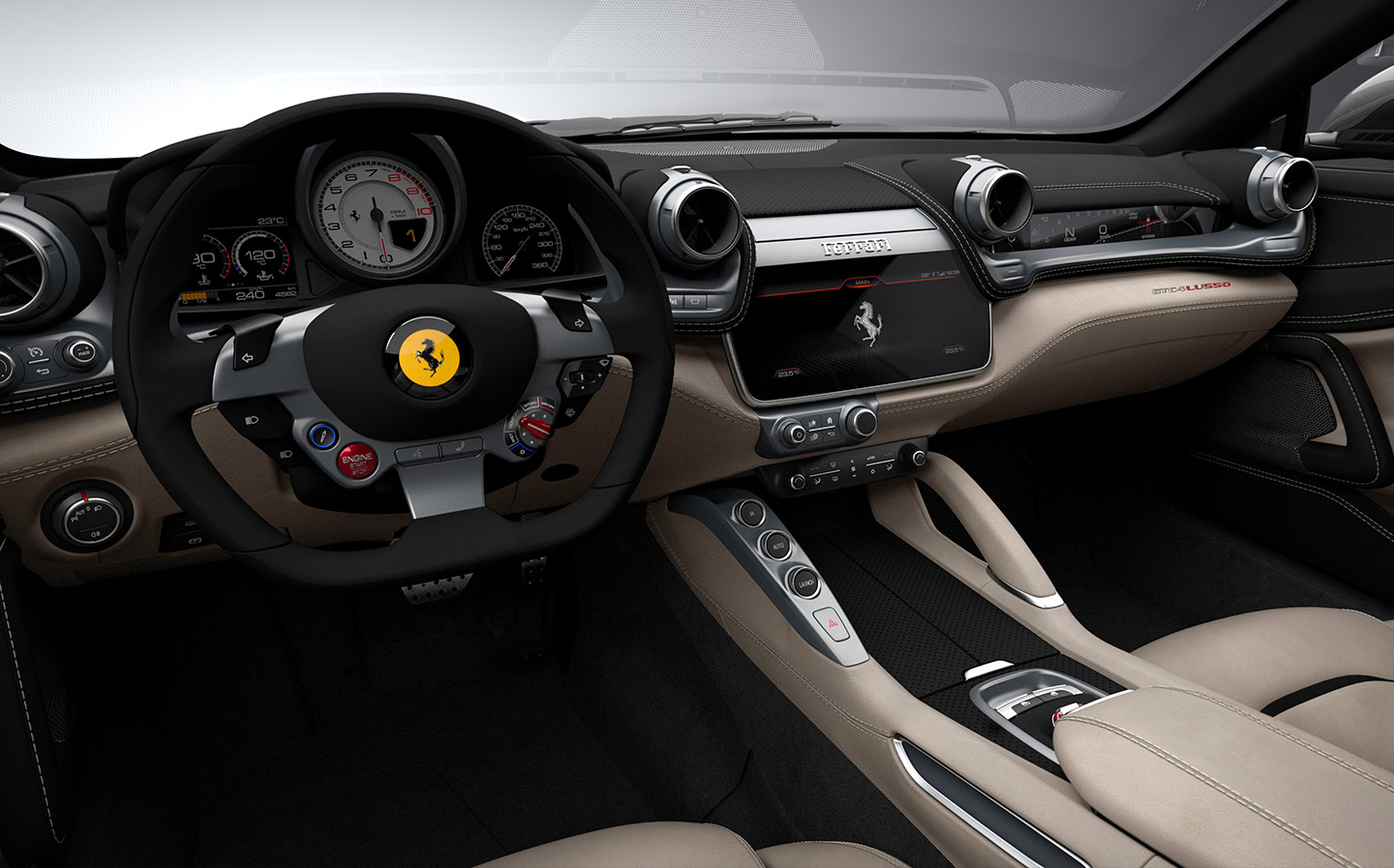 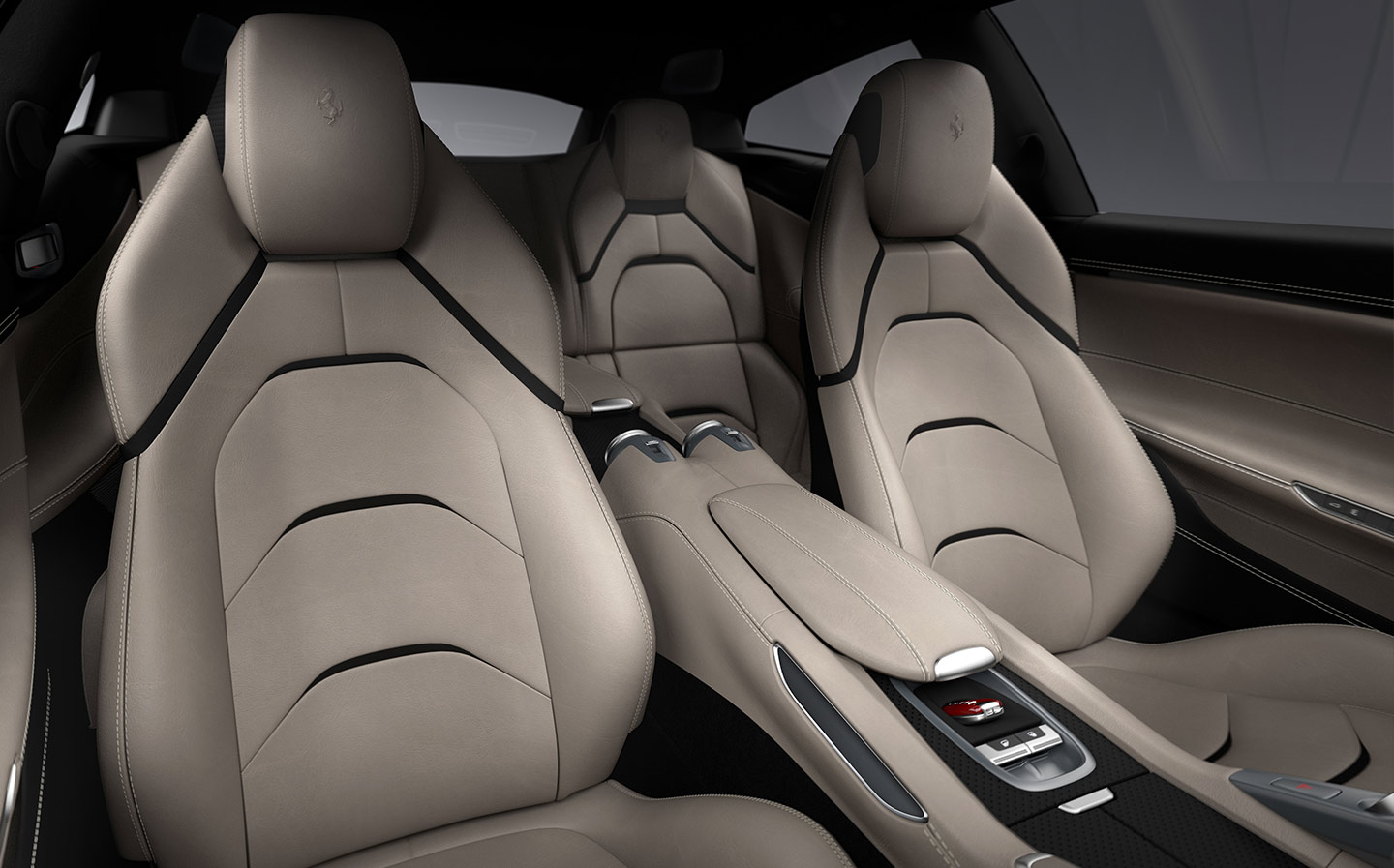 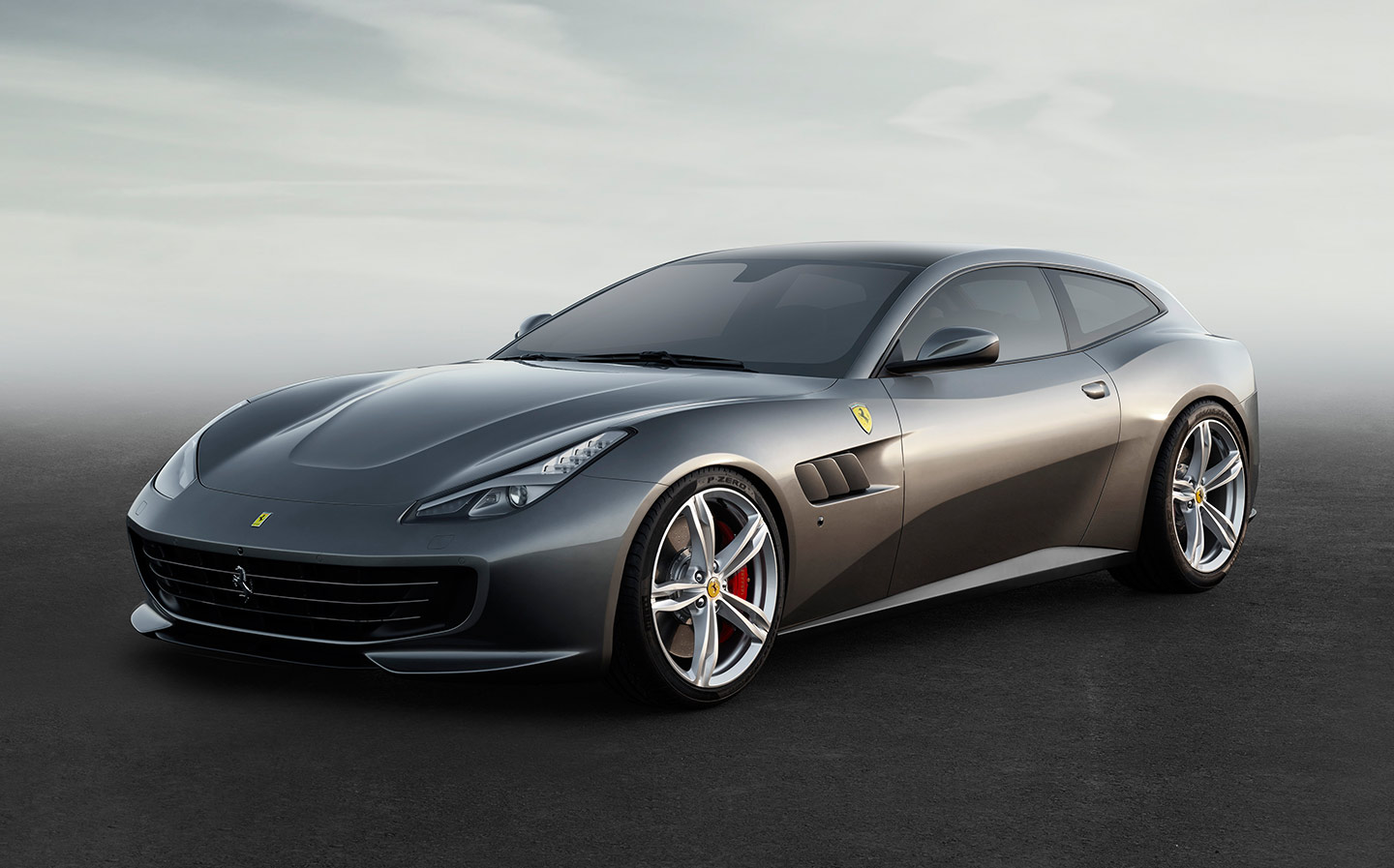 I have never read the Bible. I’ve tried, but after a few moments I lose the will to live. It’s the same story with Shakespeare. You just know that no one is going to say, “Secure the perimeter”, and that even if they did, they’d need four hours to say it. And you’d need a teacher on hand to explain what they were on about.

However, when it comes to literature that’s completely impossible to understand or digest, you cannot top a Ferrari press release. Let me give you an example from one I have here. “The sophisticated and refined cabin is designed wholly around its occupants.” Really? I thought it’d been designed partly around its occupants and partly for the tea lady’s dog.

Let’s move on to the vehicle dynamics. “The 4RM Evo system is more precise than ever. Management of front torque in particular has been improved across the board, but specifically in terms of SS4-based torque vectoring . . .”

That sort of guff may work well at a conference on industrial piping, but it’s a Ferrari we are talking about here. And there is no space in any of that world for dry engineering technobabble. Ferrari needs to understand this. I don’t need page after page of Shakespeare doing army-speak. Because the accompanying photograph is telling me so much more.

The photograph that came with this press release was of a car so beautiful, it haunted me long into the night — or, as Ferrari would put it: “Beauty itself doth of itself persuade / The eyes of men without an orator.”

It’s called the GTC4Lusso and it’s best described as a three-door sports estate. I’m a sucker for a car such as this. There’s never been a bad one. The Lancia HPE, the Volvo P1800 ES and the Reliant Scimitar (Princess Anne had one, you know). They were all tremendous, but this Ferrari trumped the lot. It was the best-looking car I’d seen.

I stuck the picture on my office wall and spent many long moments gazing at it. And I drove the production team mad by thinking up idiotic reasons why we should put it in the next series of The Grand Tour. The team would say we should do something on hatchbacks and I’d suggest the Ferrari. I suggested it for everything. And every time I was outvoted.

I can see why. This car is a replacement for the old FF, and that was rubbish. Or, as one Ferrari high-up said: “Yes, it wasn’t our finest hour.” I tested one once on a frozen lake in Sweden and could not believe how comprehensively it was beaten in every way by the much cheaper Bentley Continental GT.

“My God, this is a big car. If you want to see all of it at the same time, you need to put it in a field and walk away from it for 10 minutes”

I also couldn’t believe how needlessly complicated the four-wheel-drive system was. Because the rear wheels were powered by a shaft coming out of the back of the engine and those at the front were propelled by a shaft coming out of the front. Which meant it needed two gearboxes. After the BMW Z1’s doors, it was the most complex technical solution to a problem that simply didn’t exist. And it didn’t work.

My colleague James May knows the FF well and doesn’t believe it’s a four-wheel drive at all. He’s even been under the car and still can’t get his head round it all. He, actually, was the most determined of everyone that the FF’s replacement would not be in our show. Ever.

I tried to explain that you can have the GTC4Lusso with a V8 engine and two-wheel drive only. But it was no good. I lost the argument. And now I’m quite glad.

I borrowed the four-wheel-drive V12 version and could not wait for the day it arrived. I so wanted to see it in the flesh. To see if it was as beautiful as it had been in the picture. And I was a bit disappointed, if I’m honest, because it was parked in a small car park near my flat and I simply couldn’t get far enough away from it to take in all its lines.

But that was OK. I was off to the countryside, and there’d be lots of space there to see it in all its glory. This is true. But only just. My God, this is a big car. If you want to see all of it at the same time, you need to put it in a field and walk away from it for 10 minutes.

What’s weird is that it has broadly the same body as the terrible old FF, but just a few clever tweaks to the grille and the front wing vents and wheels have transformed it. The interior is equally sensational, perhaps because it was designed with the occupants in mind. Yes, it’s got all the usual Ferrari problems, namely the buttons for the lights, wipers and indicators are on the steering wheel, but — and I loved this — there’s a second dashboard in front of the passenger. They can choose whether they want to look at the rev counter or the sat nav or a million other things. It’s brilliant.

And the back seats? No idea. I didn’t fit. And I’ve never met anyone who would. But the boot is the most beautifully trimmed thing since Mr Bonsai woke up one day and thought: “I know . . . ”

“The boot is the most beautifully trimmed thing since Mr Bonsai woke up one day and thought: ‘I know . . . ‘”

So what’s it like to drive? Not as exciting as you might imagine, actually. Of course, with a 6.3-litre V12 engine, it’s not sluggish, and it’s a Ferrari so it’s not sloppy either. But it’s not exceptional. It doesn’t cause the hairs on the back of your neck to tingle. Ever. It doesn’t even make a particularly tuneful noise.

That said, in town it’s docile and quiet, unlike all the people behind you, who are angry and honking because you’re having to back up again because your car’s too wide to fit through anything except perhaps a desert.

I understand, naturally, that if you are a fully paid-up member of the St Moritz Eurotrash set and you need a Ferrari because it’s part of the uniform, it’d be tempting to buy a GTC4Lusso. Because it has four-wheel drive. But I’ve never been to a ski resort where this would fit. Aspen maybe, but only just, even there.

And if you don’t live in a ski resort, why would you want a four-wheel-drive system that only really works at 4mph on snow? You wouldn’t. You’d have the two-wheel-drive V8 version. But that is the same size, so we are back to square one. There are few places on earth a car this big works. Dubai, Los Angeles and, er …

It’s probably best, then, not to think of it as a car at all. But as a garden ornament. The most beautiful piece of sculpture of all time. That’s what I’d do: save money on the extras and spend it instead on a plinth.