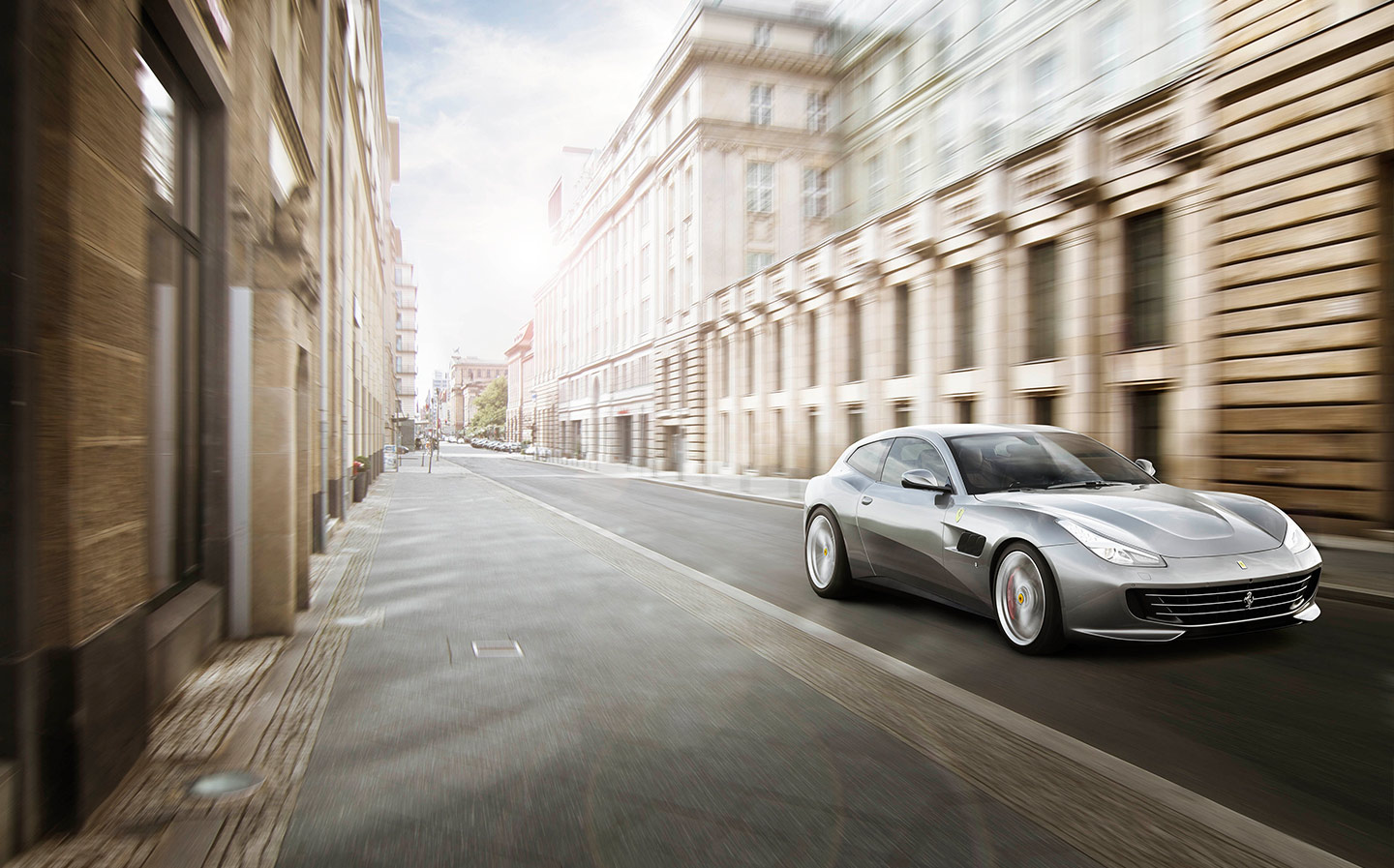 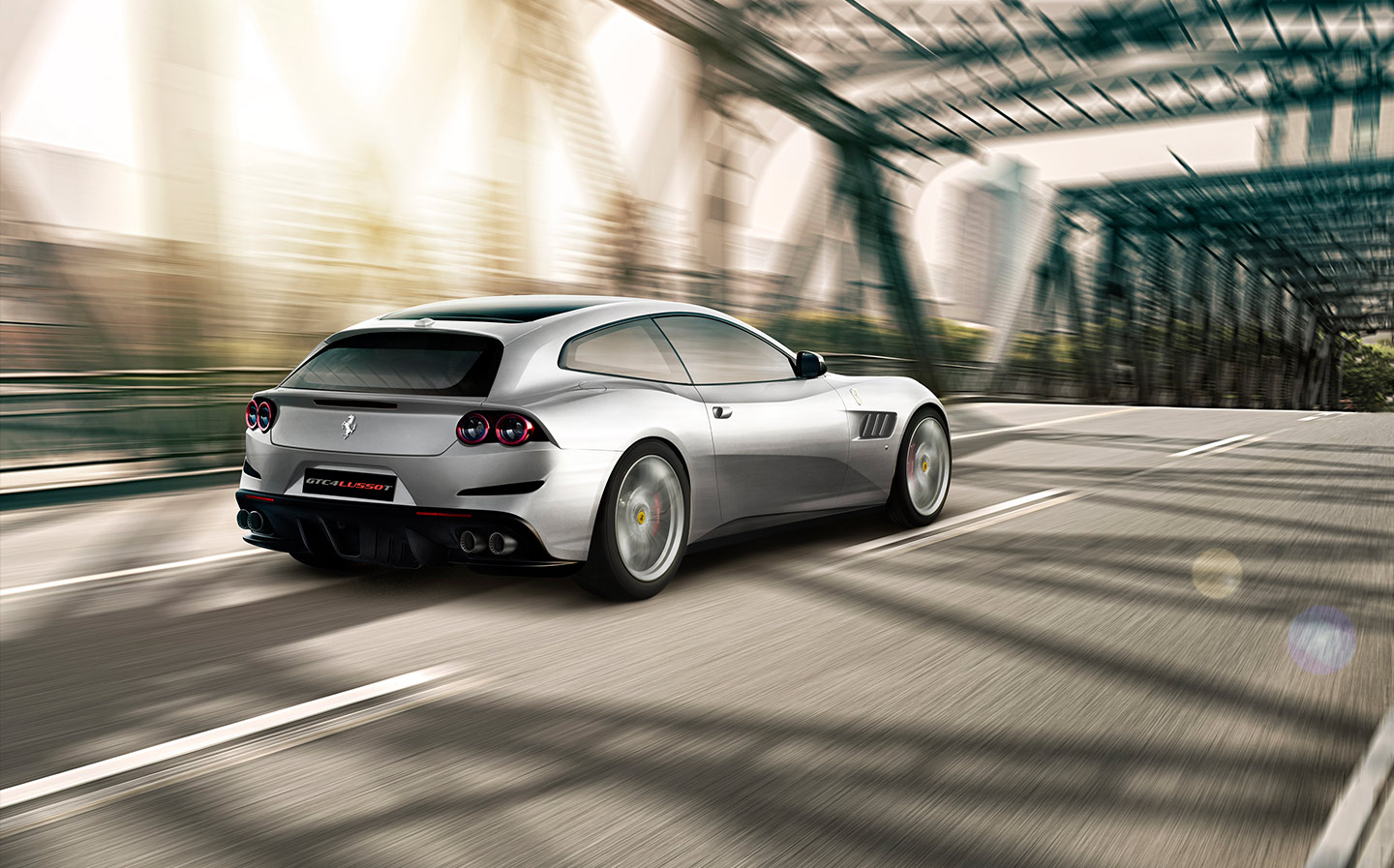 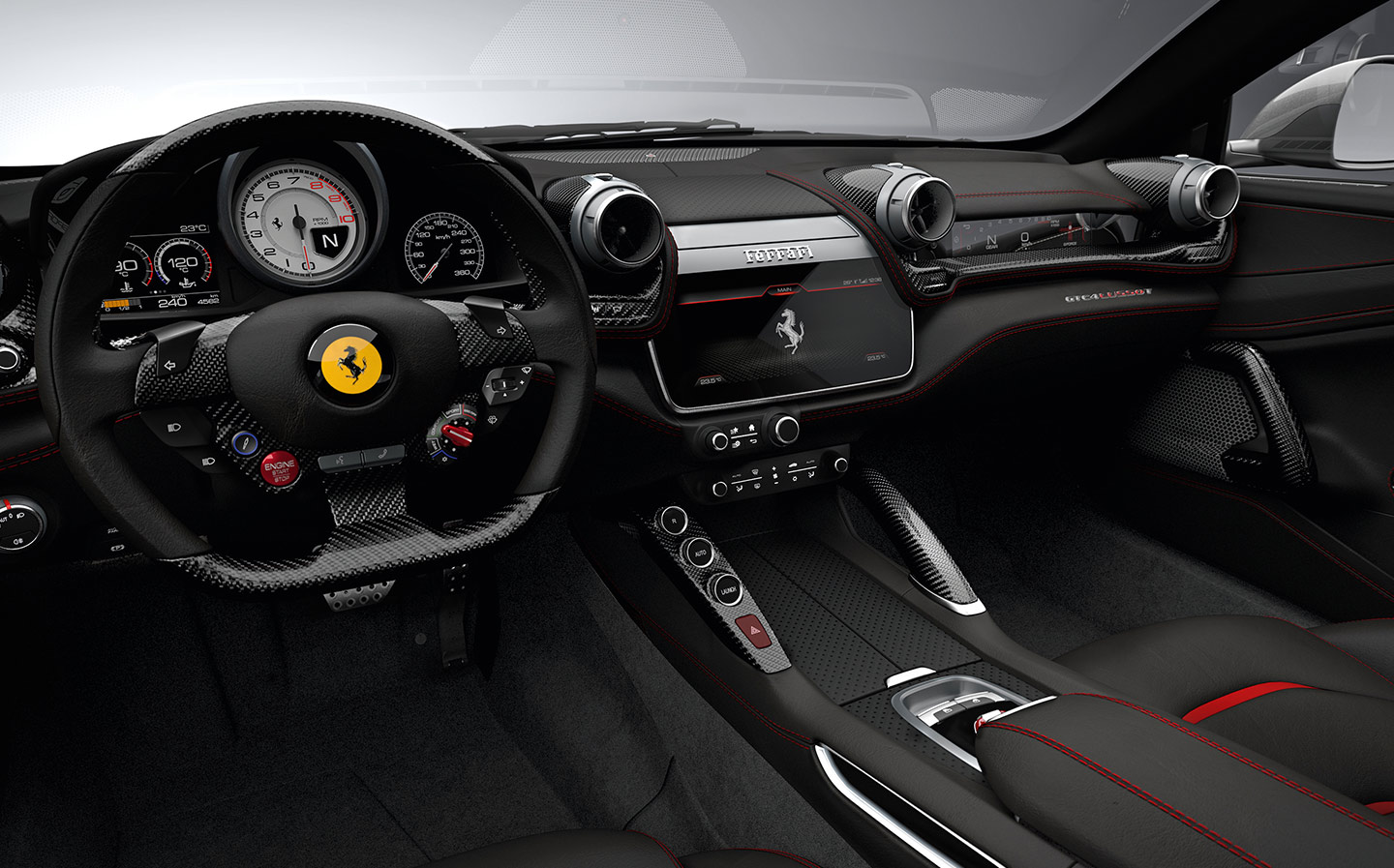 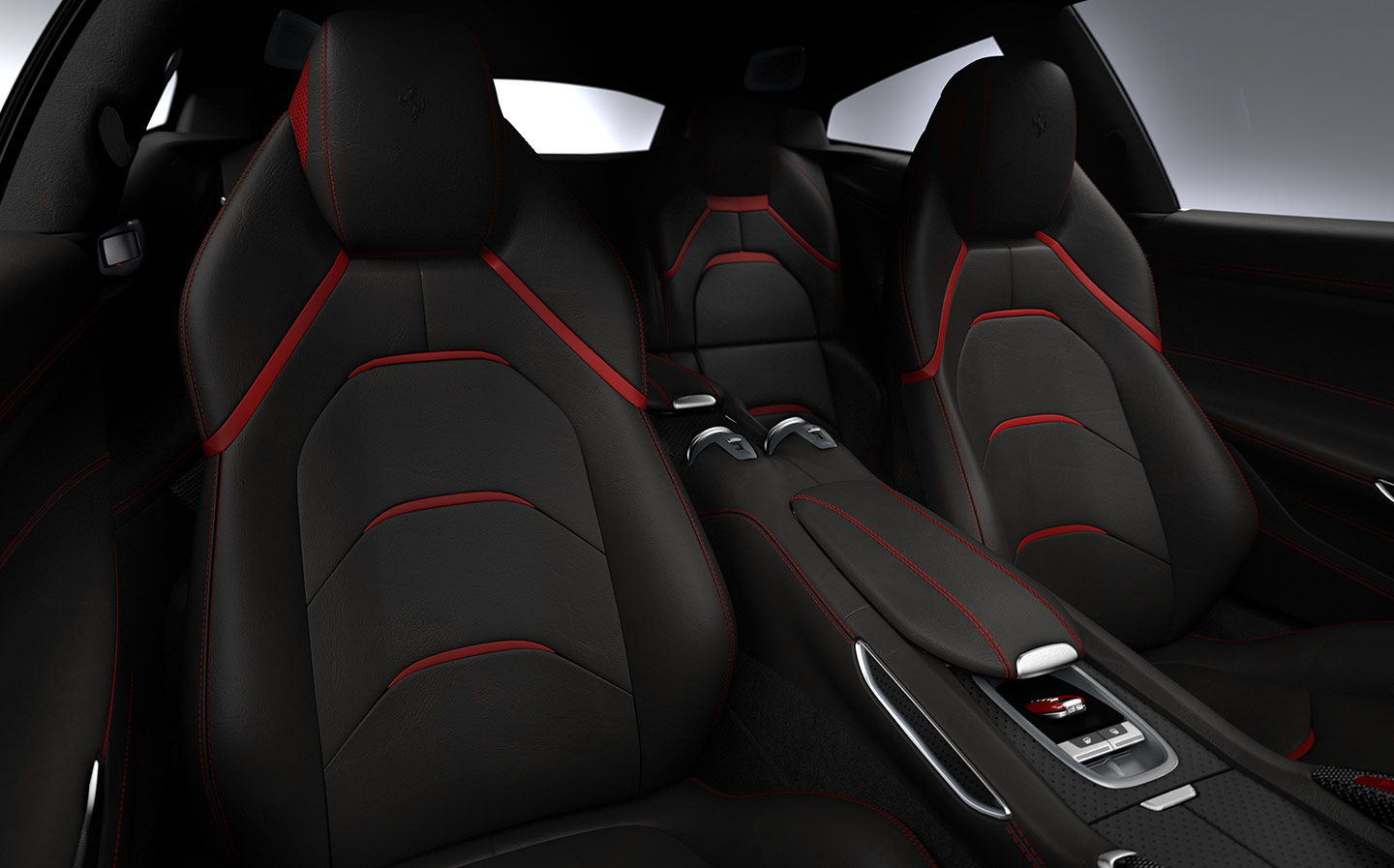 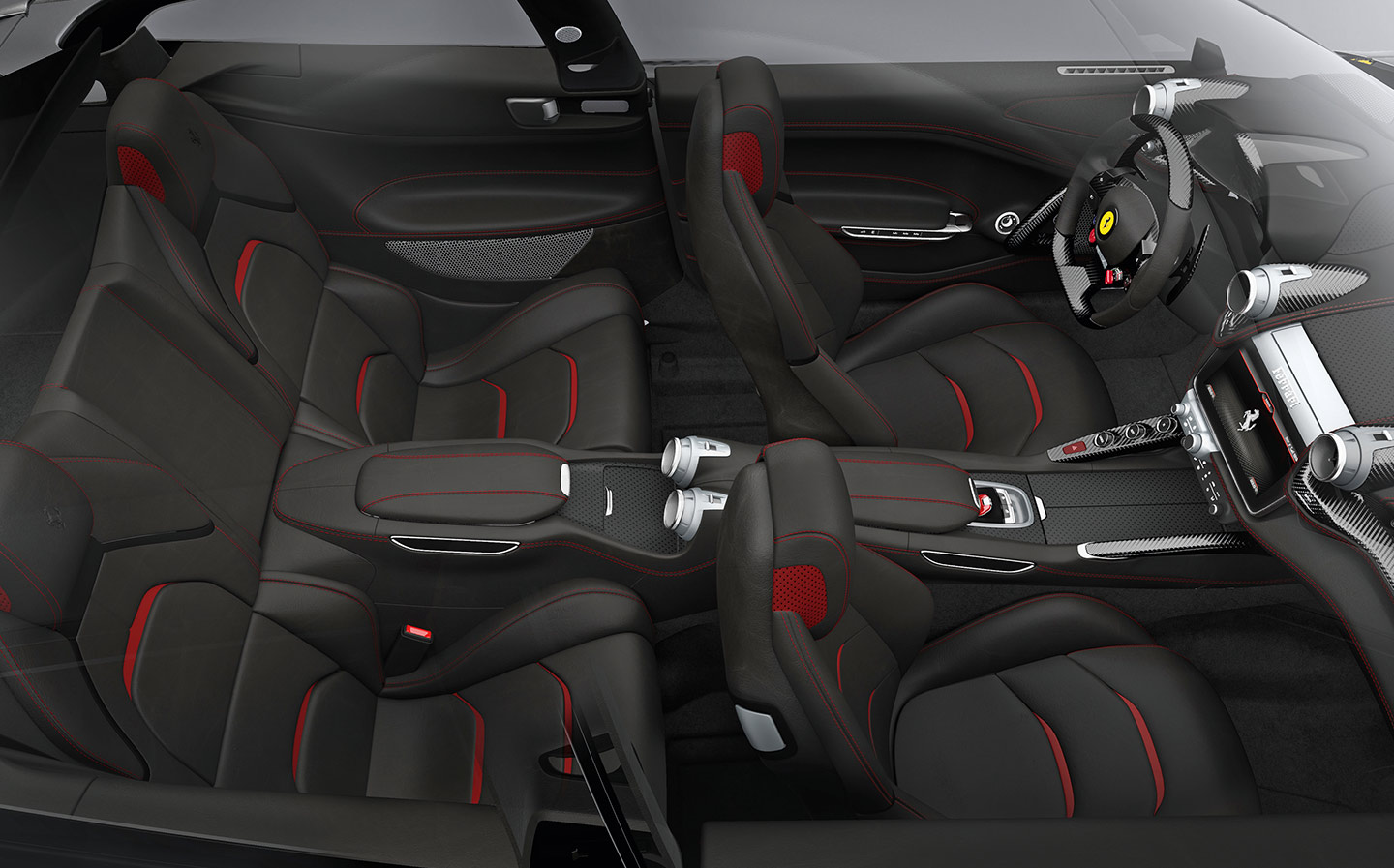 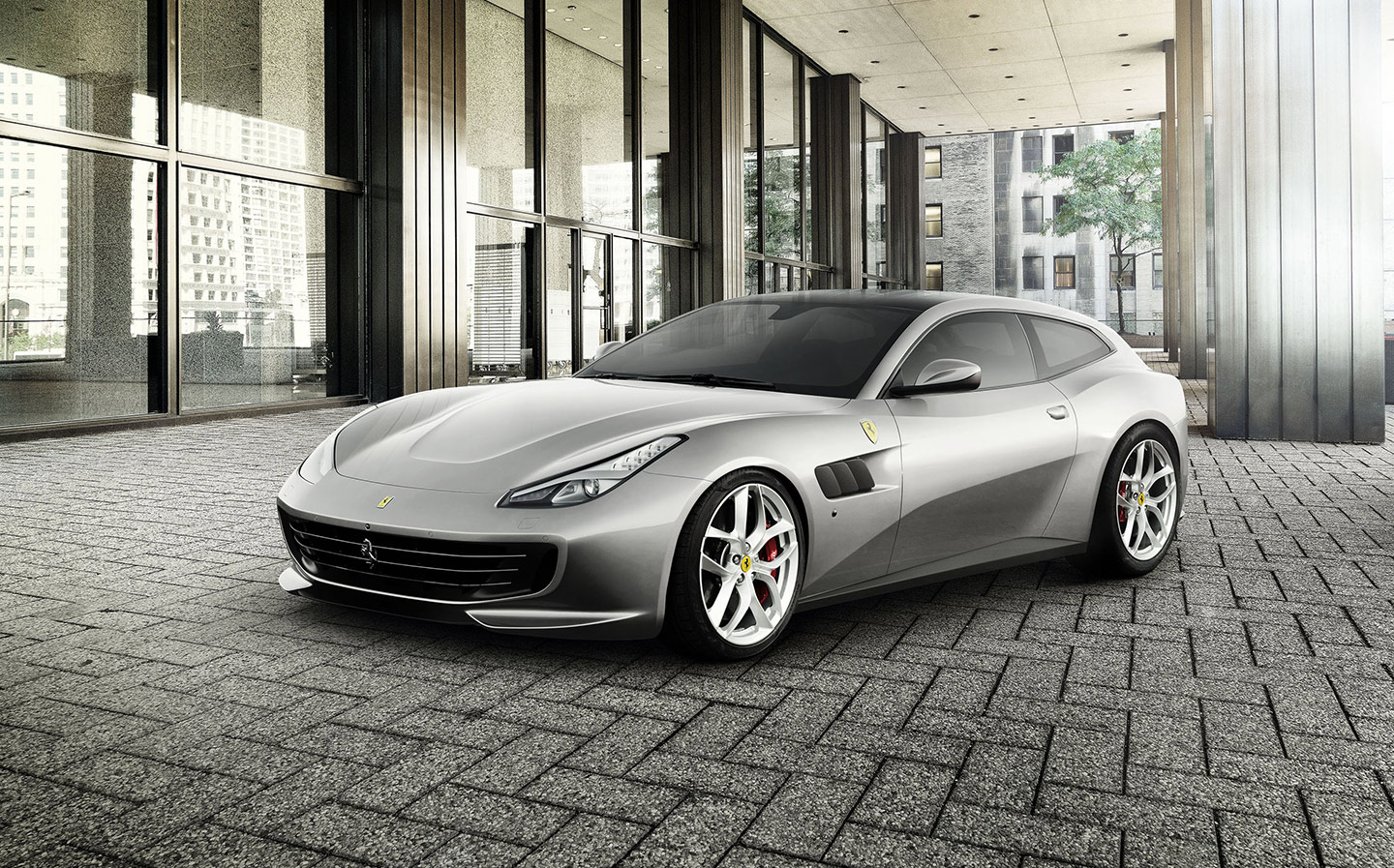 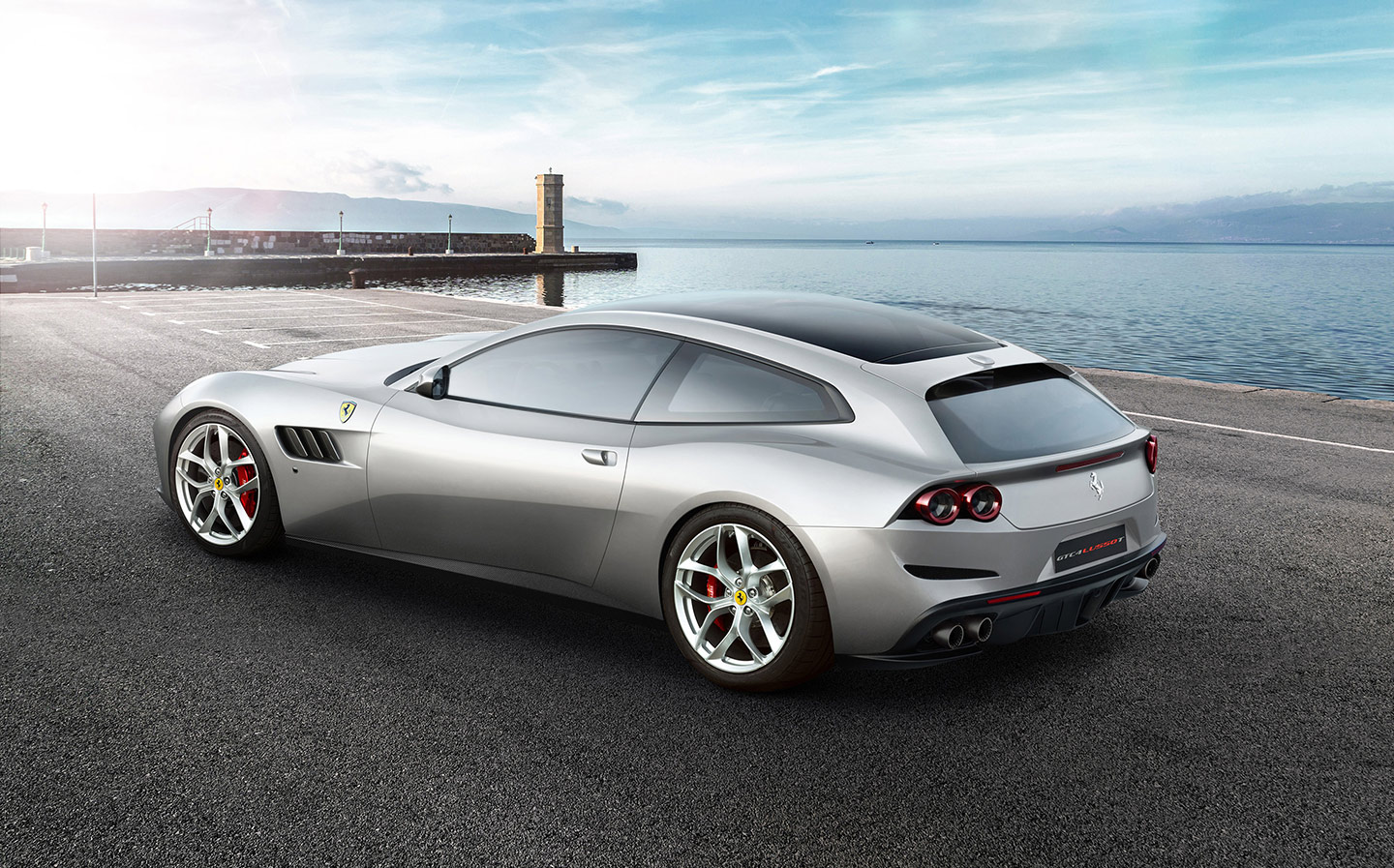 I WAS never particularly fond of the old Ferrari FF. As a grand tourer with a V12 engine in the front it was pretty effective at compressing Belgium to a mild inconvenience on the way to your spa retreat in Heidelberg, but it never really gave me the fizz.

It was a bit cumbersome, a bit thick-set and slightly lacking in razor-edged Ferrari magic. There was also something disturbing about the four-wheel drive.

Most of the time it was rear-wheel-drive, but when circumstances demanded — when sensors told the car’s brain that the front end needed a bit of help — it would divert some of the drive to the front. There’s nothing unusual about that, because lots of all-wheel-drive road cars have done something similar for a long time. The problem was the way Ferrari did it.

If you’ll forgive me for a moment for lapsing into car-speak, Ferrari rejected the idea of anything so plebeian as a transfer box or diff arrangement, and instead gave the FF’s engine a second gearbox at the front of the crankshaft. This drove the front end through two clutches, one per wheel, which were electronically managed to allow a varying degree of slip. Seriously.

It sounds incredibly convoluted, and it was, but Ferrari’s reasoning was sound. This arrangement saved weight and, more importantly, bulk, which meant the engine could be mounted lower, with all the benefits that bestowed on the car’s handling.

I once had the pleasure of driving an FF up a narrow, twisty mountain road in Austria in the wet. I really couldn’t feel the transfer of drive to the front, even on a greasy hairpin. Excellent, I thought at first: this incredibly esoteric bit of electromechanical technology is unobtrusive, which is how it should be.

But then I began to wonder if it was there at all. Two slipping clutches? Really? I’d digested a great deal of information about this drive system — including the monthly partwork that Ferrari likes to think of as a technical briefing pack for the media — but I’d never seen or heard of anyone getting underneath an FF to see if it was true. I certainly hadn’t.

After a while, I wondered if what Ferrari had given us was not a novel all-wheel-drive solution but a belief system. It was there because I thought it was there.

My lucky pebble, which travels everywhere with me, really is lucky. That is, if I don’t have it with me then some of what the motorcycle racer Keith Code would call my “$10-worth of concentration” would be consumed by worrying about it, leaving less for driving, climbing a ladder or running away from a bear. So the pebble’s presence is lucky because it improves my mind.

It’s the same with the FF’s drive system. All I was doing in Austria, like any sensible person, was finding the point where I thought I was pushing my luck and then backing off a bit. That’s just as effective as four-wheel drive. So perhaps the FF customer is paying a hefty premium for a prescription for red Smarties in a convincing-looking brown bottle. Possibly.

“This is now a devilishly handsome car. I feel good being in it. Better than James Brown”

It was a difficult theory to test, even when the GTC4Lusso — the renamed, updated FF — came along, because it still had the same system. But now we can find out, because we have the twin-turbocharged V8 GTC4Lusso T, which is rear-drive only. Apologies for the incredibly long run-up.

Inevitably, Ferrari is saying this is not a cheaper, less sophisticated, two-wheel-drive version of the FF, even though it is cheaper and less sophisticated (and two-wheel-drive) — it’s something different. Its owners will be 30 to 45 years old, apparently, and are described, in a masterful twist of marketing skulduggery, as driving “mostly in high to medium-grip conditions”. If I weren’t so old I’d fit the buyer profile perfectly, because I hate slippery roads and — naturally — I always make sure I buy a car unsuited to them.

The engine, man! The engine! Yes, it’s turbocharged, which to the Fezzarati is like a diesel, but really that’s just the farts imagining the olden days were somehow better, so they should just join a folk group and move on.

It’s clever induction, because the vanes of the two impellers, or turbines, are phased to reduce lag. You can think of this as a form of sequential turbocharging. As with the 488, the torque curves are engineered within each gear, with the help of the turbos, to provide progressive urge without the cataclysmic whump that might result were all this forced induction allowed to rampage unchecked around the graph paper.

I always get the feeling that Ferrari is desperately managing the characteristics of its turbocharged engines to ease a cultural change, but really we’re just going to have to deal with it. Brexit is worse. We dealt with sat nav, paddle gearboxes and even, long ago, driving cars ourselves instead of employing “a man”. It’s the modern world that Paul Weller told us about.

More important, I think, is that the steering has been geared to be more “lively” than in the V12 car, which even Ferrari’s boffins said was a bit “lazy”. The weight distribution is also subtly altered, from 48:52 front to rear on the V12 to 46:54, and there’s rear-wheel steering. High to medium-grip conditions, here we come.

Actually, I’m not going to claim I can feel this in absolute terms, but the combined effect of all these is to make the GTC4Lusso T feel like — I’m just going to join the Stuckists for a moment — a proper bloody Ferrari.

Apart from that — and like all current supercars and GTs — it’s too wide to be properly enjoyed on the sort of road (around Tuscany, in this case) where it should be at its best. Otherwise, it’s tremendous. The noise is right, the urge is instantly accessible, the magic is back. And I forgot to mention that this is now a devilishly handsome car. I feel good being in it. Better than James Brown.

The thing I love about this sort of car, and this one in particular, is the way all the stuff about weight distribution, chassis dynamics and in-gear torque curves fades away next to the overriding attribute of making utterly effortless progress.

Back off just a bit, like I did back in Austria in the 4WD FF (yes, I accept it is a four-wheel-drive system, not just a placebo), and the GTC4Lusso T becomes a very relaxing experience. And yet, when you come up behind another car, you realise what astonishing speed you’re maintaining. It’s a deeply satisfying moment of realisation.

I talked rather cruelly about compressing Belgium at the beginning of this piece. In fact, you could climb into this car and demolish the whole of Europe. And we’re into that sort of thing these days.