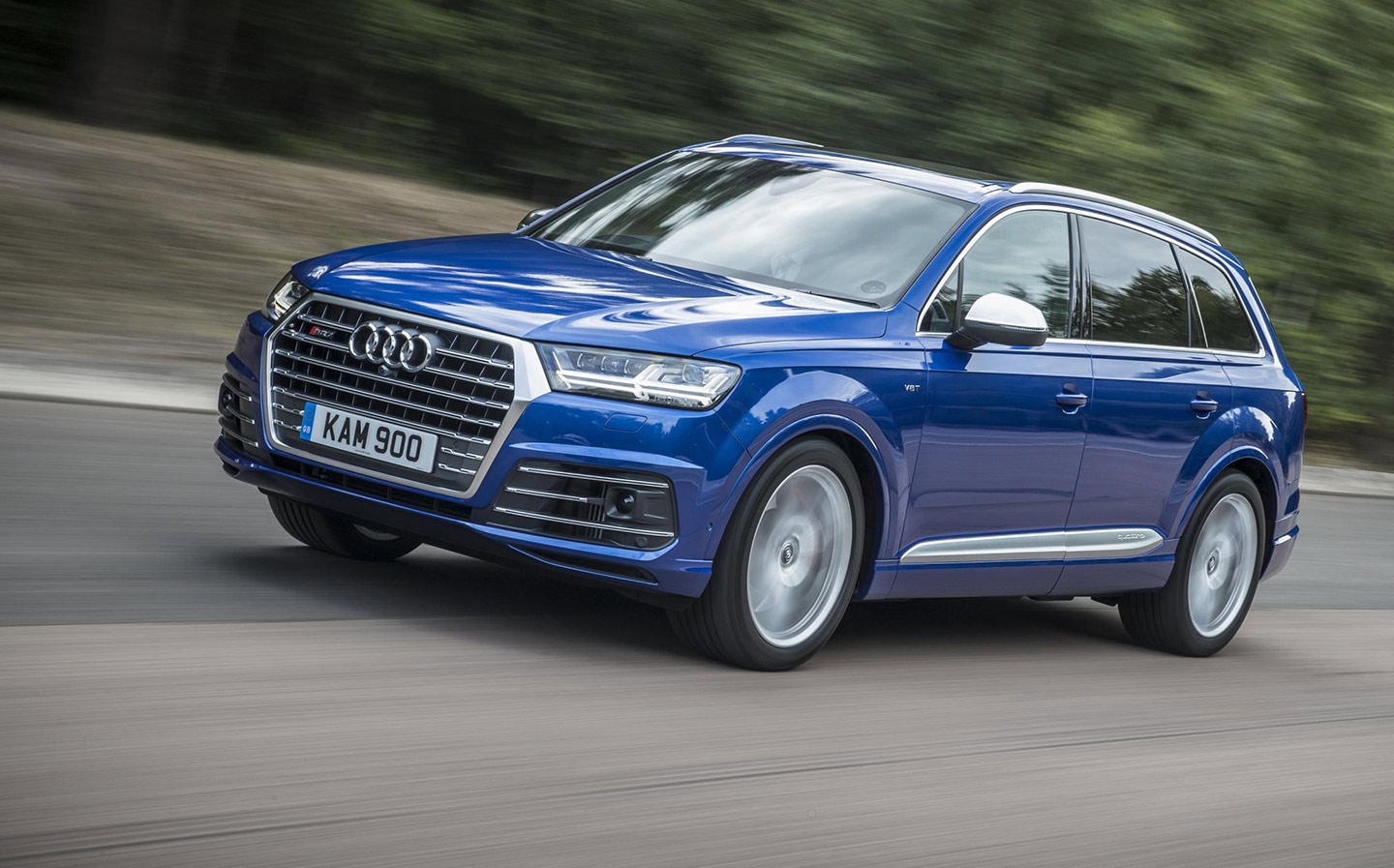 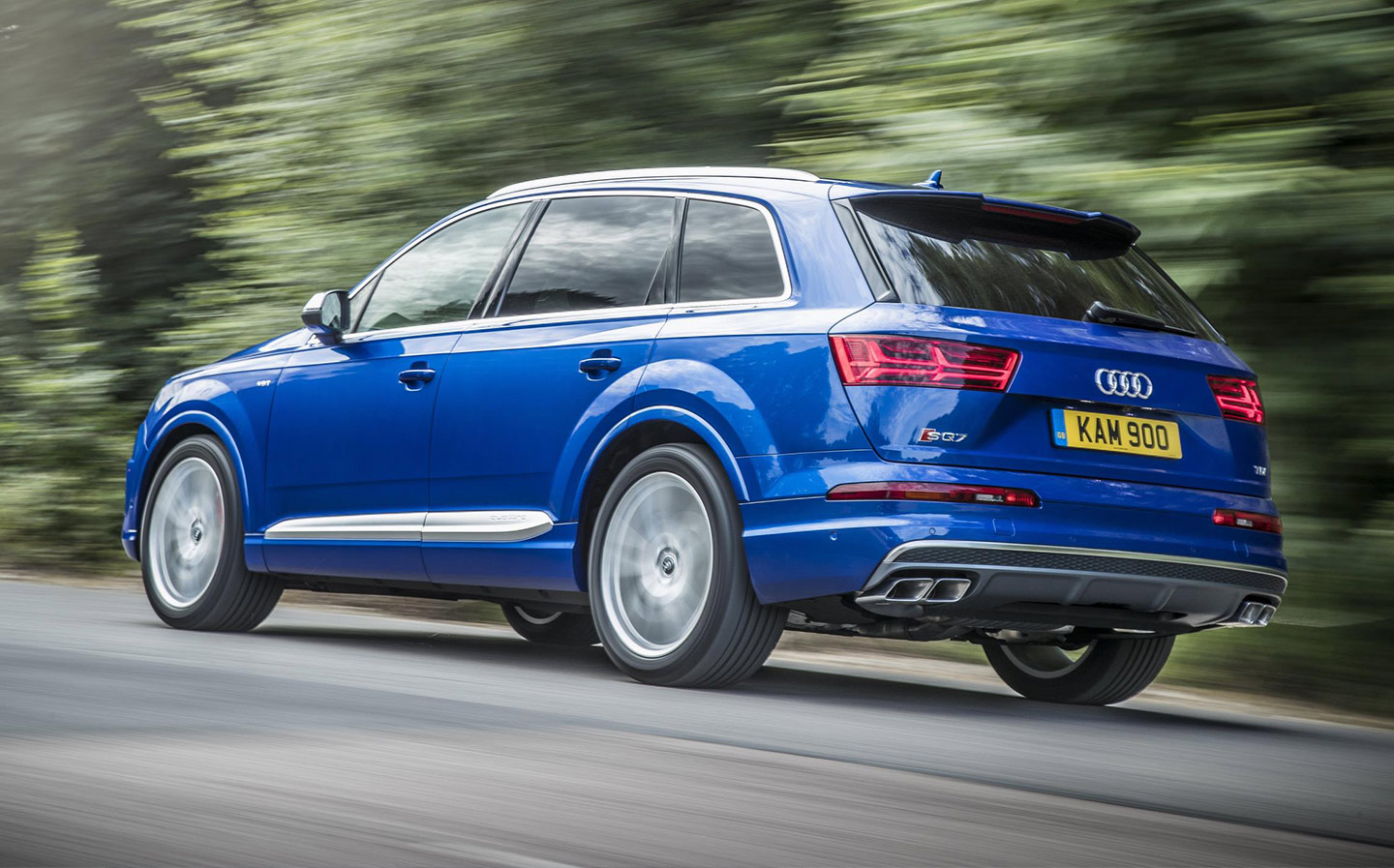 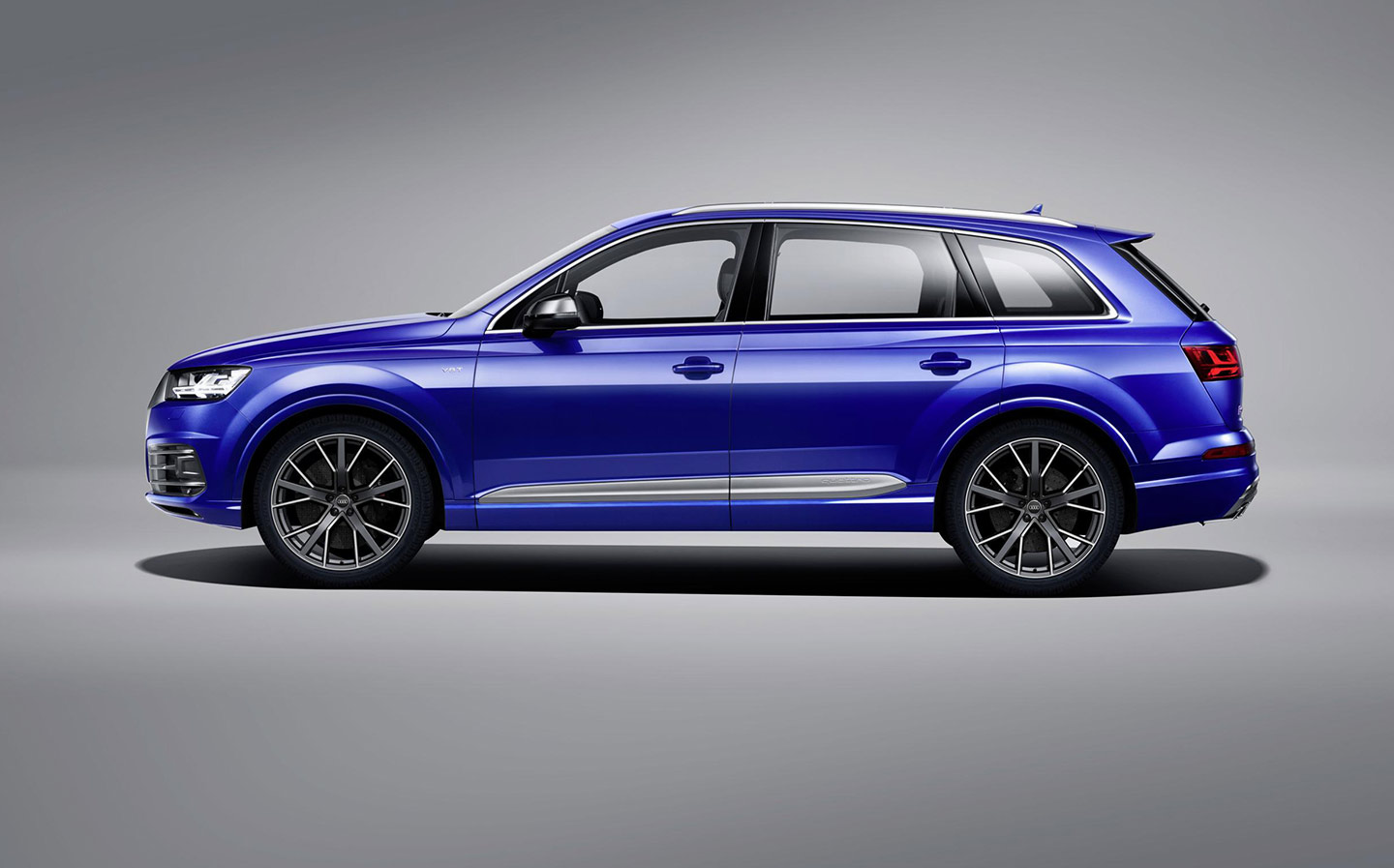 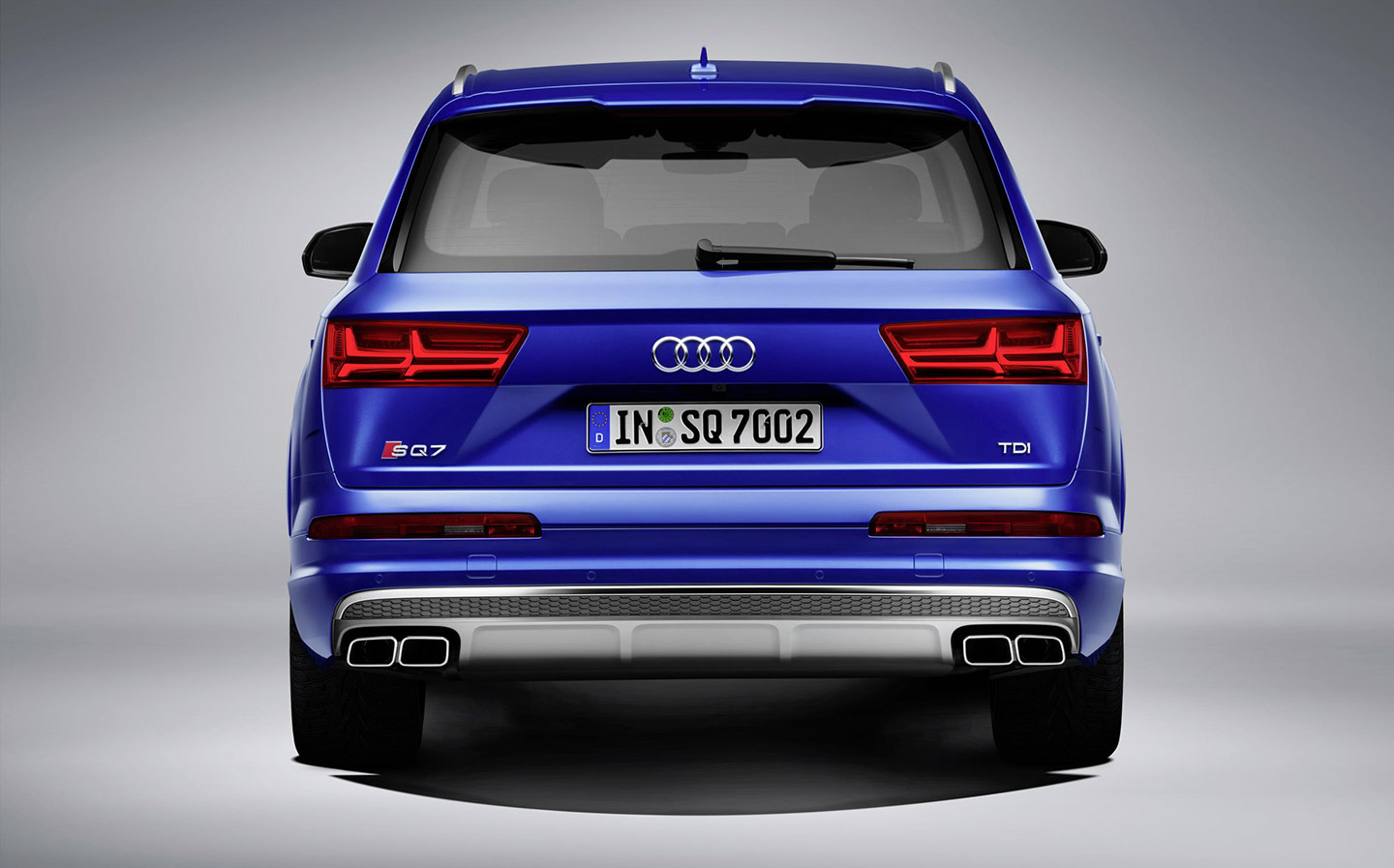 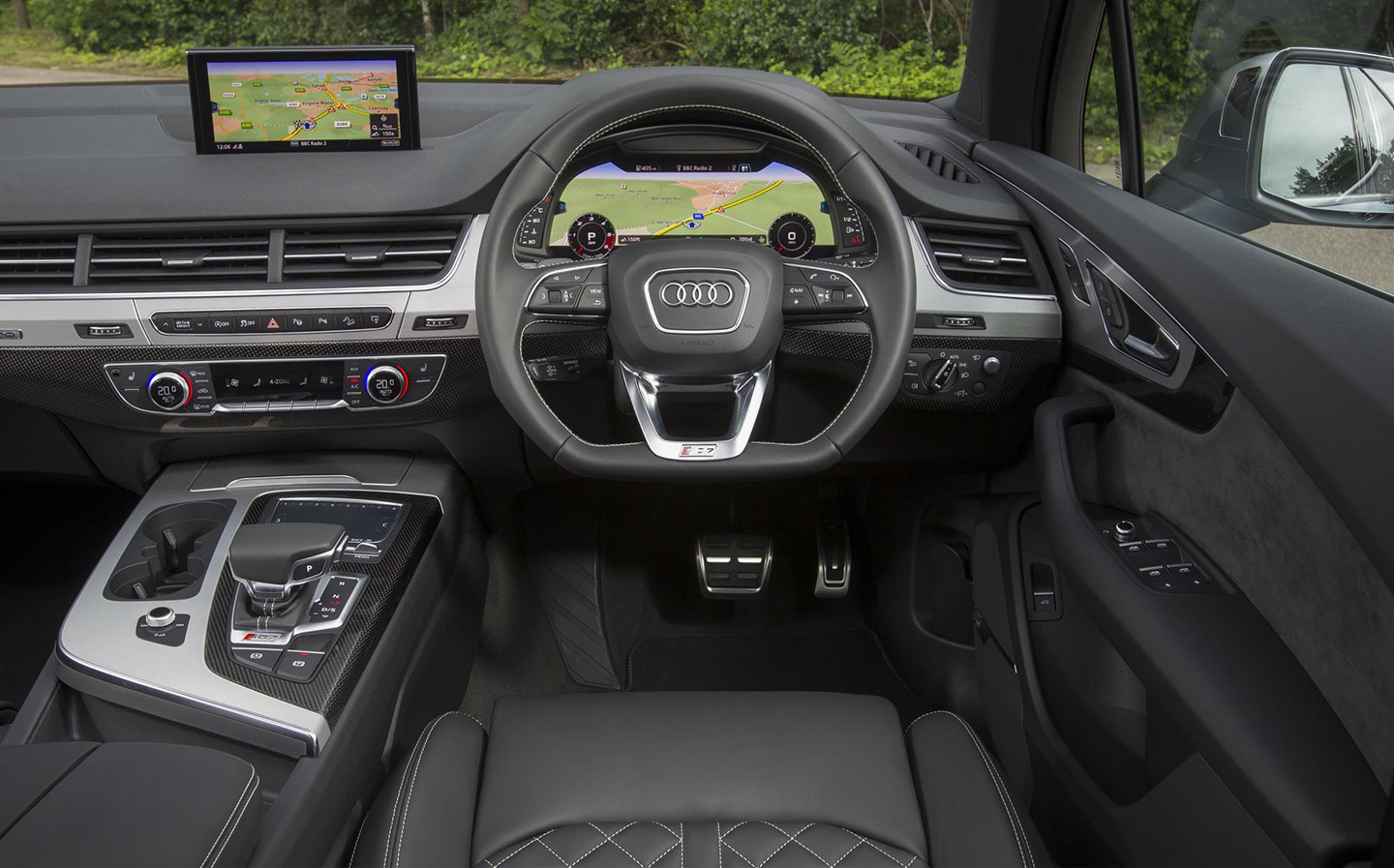 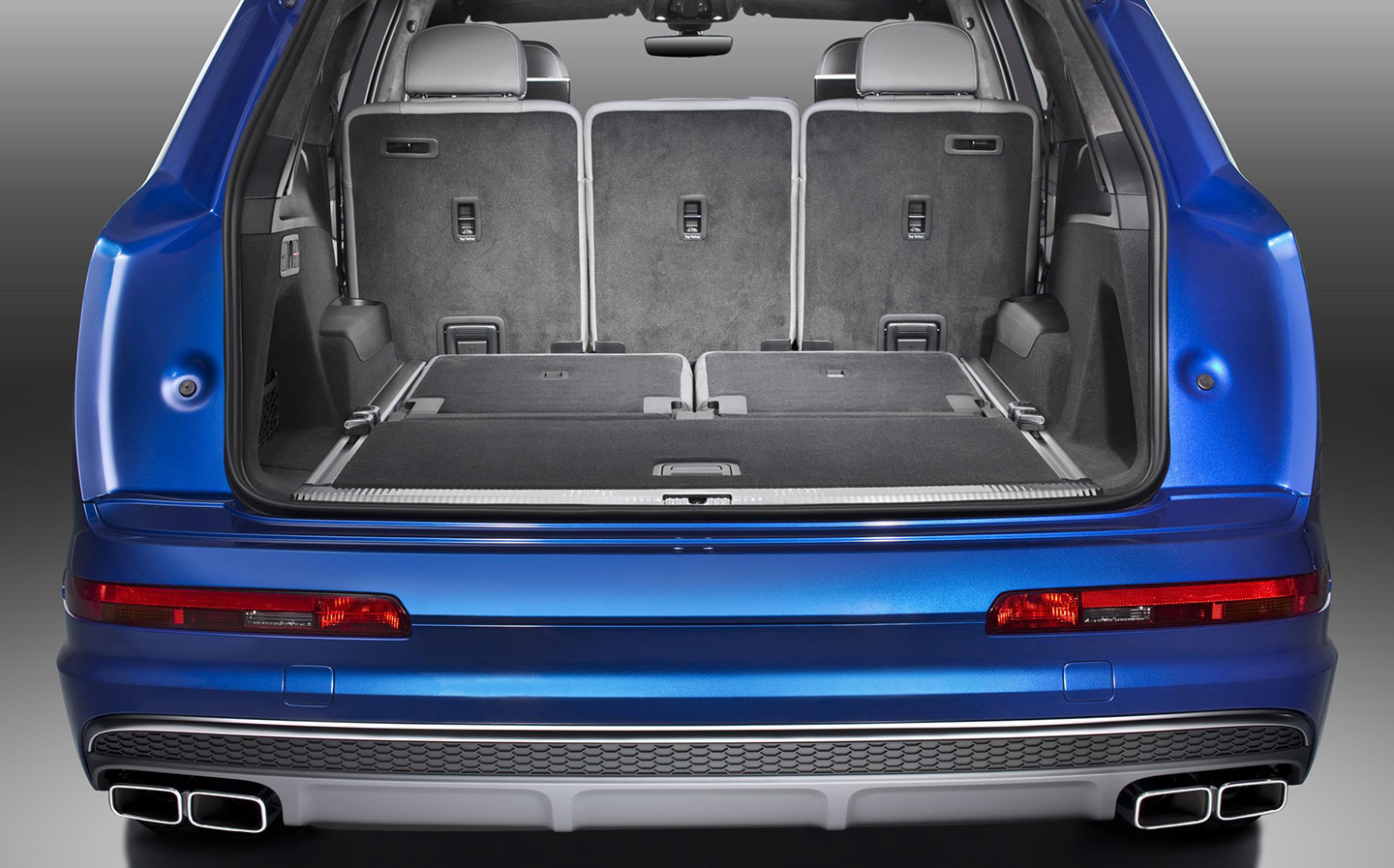 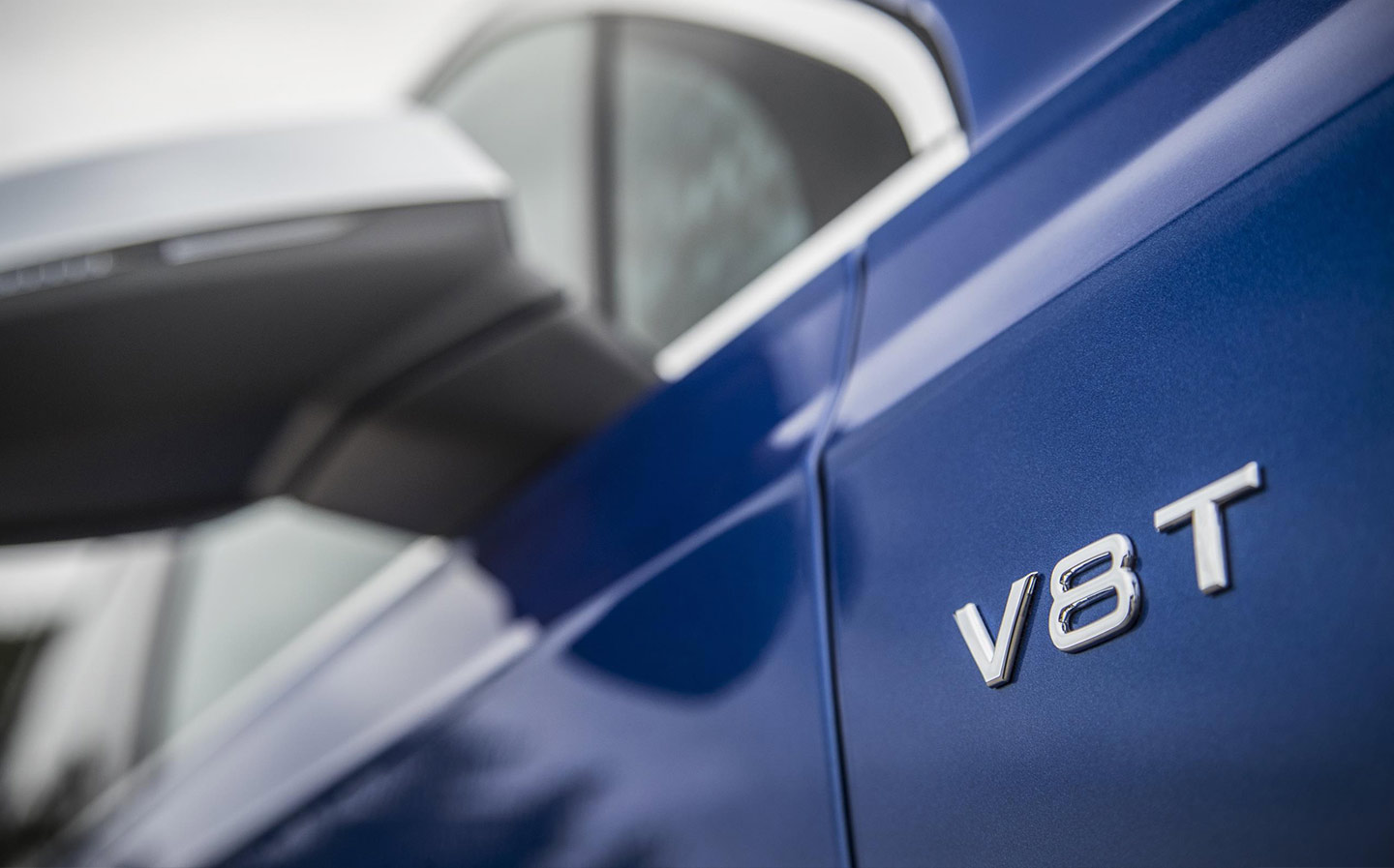 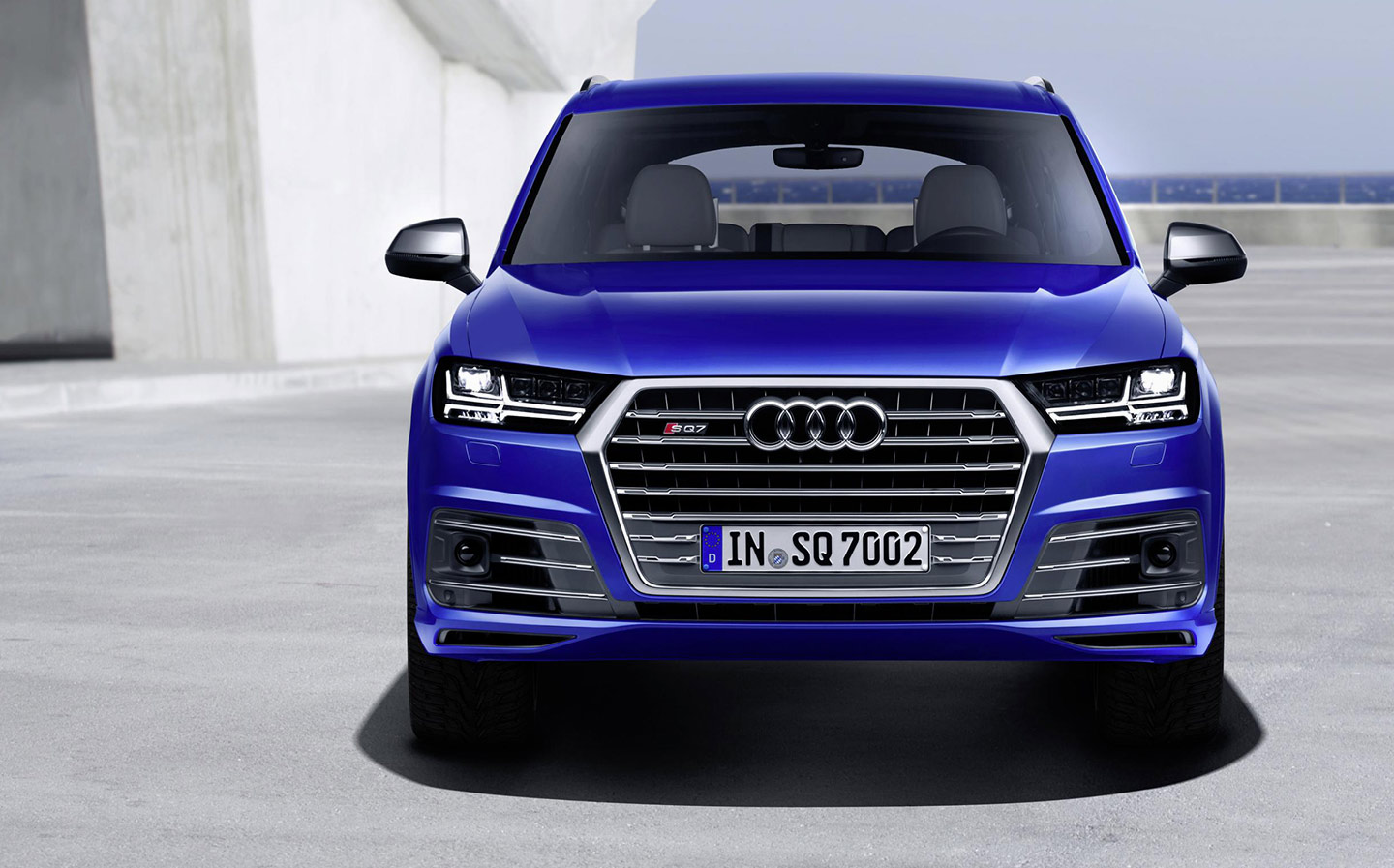 JAMES May has decided he doesn’t like Audis. I recently had to transport him in the back of the new SQ7 and he chuntered away constantly like a speedboat on tickover. Obviously, I can’t be bothered to listen to his specific gripes but the thrust of his argument seems to be there’s too much design and not enough engineering.

We shall start with the engine. You’d expect, in a car that goes from 0 to 62mph in less than five seconds, and onwards to a top speed of about a million, that it’d be a monstrous V12 with petrol coursing through its injectors. But to make it even more annoying for the world’s ecomentalists, it’s a 4-litre V8 forced-induction diesel.

View the Audi Q7 cars for sale on driving.co.uk

I say “forced induction” rather than “turbocharged” because Audi has invented a whole new way of ramming air into the cylinders. You get two turbochargers, as you’d expect these days, but downstream of the intercooler and close to the engine itself there’s something the no-nonsense Germans have called an “electrically powered compressor” (EPC). What it is is a compressor that’s powered by electricity rather than exhaust gases. And it can go from rest to 70,000rpm in less than 250 milliseconds. Which is, as near as dammit, instantaneous.

In a normal turbocharged car there is always a gap between you putting your foot down and the engine delivering its full potential. This is because the turbochargers take time to spool up. In the SQ7 that gap is filled by the EPC.

What I love about this is that it’s a massively complicated solution to a problem that today exists only in books about algebra. Turbo lag — as the gap is called — was pronounced and annoying when turbocharged road cars came along in the Seventies. But today it’s noticeable only if you concentrate very, very hard. Which means Audi has spent a fortune exorcising something that exists only in theory. It is to be commended for this in the same way as a top-flight chef is to be commended for going the extra mile with his truffle sauce. Almost none of his customers will notice, but …

And that brings me on to the engine itself, specifically the cam shafts, which are profiled so that they vary the amount of valve movement. This is advanced mechanics, but what it means, Audi says, is that you get torque when you want it and economy the rest of the time. Again, you won’t notice, but …

What you will notice in the SQ7 is that when you go round a corner it doesn’t seem to roll very much. This is a big car that sits on stilts, so you’d expect its door handles to be scraping along the asphalt when you give it the beans, and yet they aren’t.

This is because of yet more engineering. An electric motor and a three-stage planetary gearbox are used to operate an anti-roll system. It’s designed to disengage when you’re off road, so you don’t get jolted too much, and then engage when you’re on the road, going quickly. And when it does, it effectively props up the side of the car that should be leaning over. This is technology that was tried, and then banned, in Formula One. 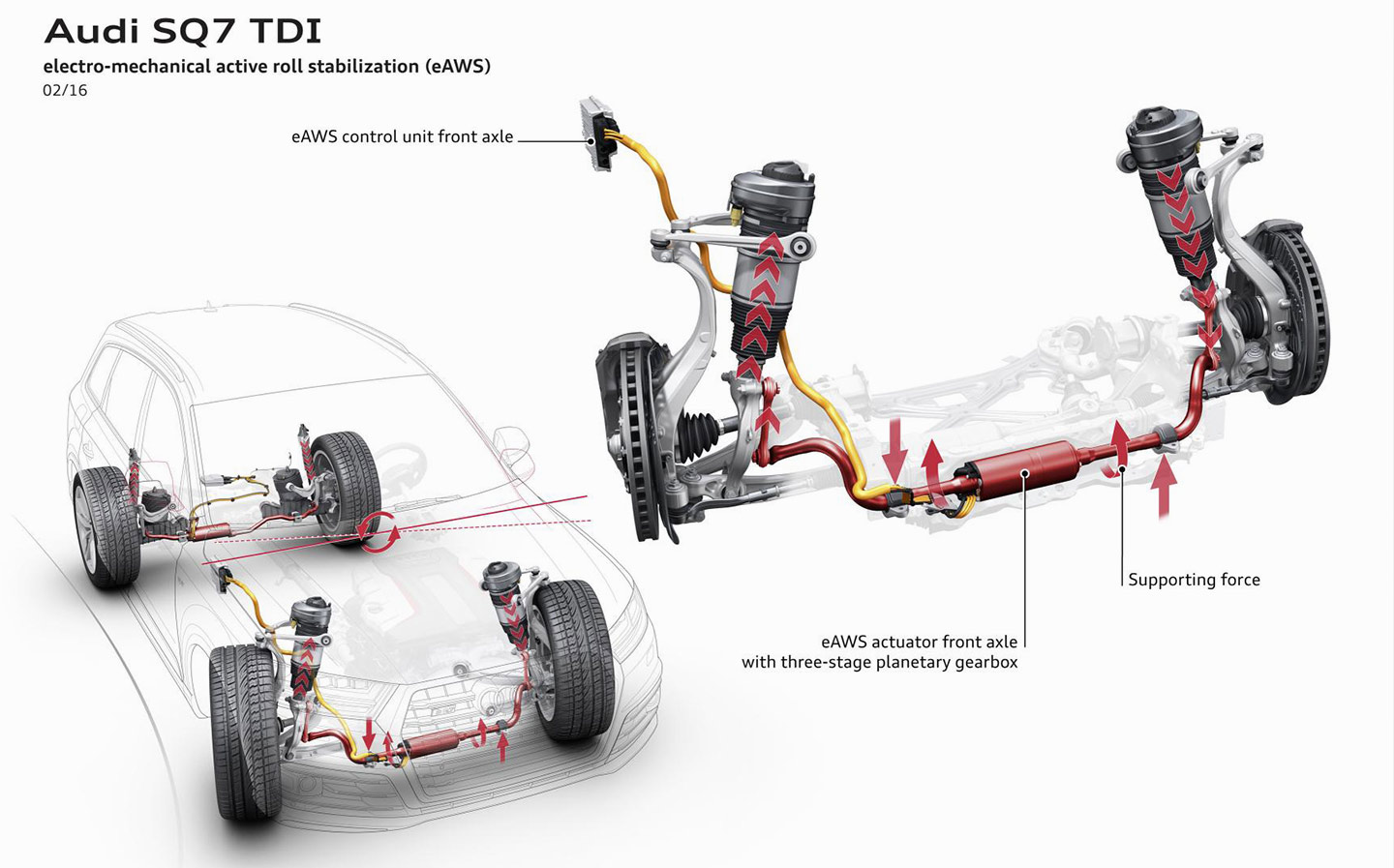 I’d love to say it does all its cleverness without affecting the ride comfort, but that would be a lie. You do feel the bumps — a bit — but again I admire the way the engineers have been allowed to experiment with the boundaries. They could have just painted some snazzy stripes down the side and fitted big tyres, but they’ve gone further, and I like that. The SQ7 even has mild four-wheel steering.

I could go on and on about other innovations — Audi has come up with a new way of combining lightness with strength in the construction, so you get better economy from a car that doesn’t fall to pieces when it hits a tree — but it’s probably time now to move inside, where you get two rows of seats, plus a temporary row that rises electrically from the boot floor. You’re never going to get your grandmother back there, but children will be fine.

Move further forward and you start to get to the bits that annoy May. As we know, James is a man who enjoys mending Bakelite telephones, so obviously he is going to be irritated by what he’d call unnecessary blue downlighting and what Audi calls “horizontal” design.

“It’s fast, strong, safe, clever, innovative, interesting, spacious, very well made and, so far as I can see, completely pointless”

I have no idea what horizontal design is, or why it’s better than vertical design, but I do like the finished product. The Audi, slightly bumpy ride aside, is a nice place to be. And even though it is burdened with a million new engineering solutions, it’s not like the cockpit of an experimental spaceship. It’s simple and straightforward, and you’re never left looking at a button, thinking: “What the bloody hell does that thing do?”

You press a button, engage a driving mode on the surprisingly old-fashioned torque converter automatic gearbox and drive about. It’s as demanding as taking a bath.

So it’s fast, strong, safe, clever, innovative, interesting, spacious, very well made and, so far as I can see, completely pointless.

I’ve tried all week to imagine the sort of person who might want to buy such a thing — and I can’t. I know people who like to drive fast cars, and certainly they will enjoy the bassy and slightly rough sound of that big diesel V8. But nobody who enjoys a car such as that will want it to have seven seats.

Then there are people who do need the practicality of seven seats for the school run. Yes, the Audi’s anti-roll system will stop them being carsick, and that’s good, but who needs 663 torques and half a billion horsepowers to get a bunch of kids to the playground?

It’s the same story with the off-road abilities. Yes, the Audi can hoist itself up to give good ground clearance and it has four-wheel drive. But it sits on performance tyres, so if you try to get it to your peg on a shoot, it’ll get stuck. So it isn’t an off-road car at all, really.

This is the trouble. It’s not an off-roader. It’s not a sports car. It’s not a sumptuous long-distance luxury car and it certainly isn’t a looker. The only element likely to raise a pensive eyebrow is the price. It’s less than £71,000, which is good value for this much engineering. It’s actually £12,380 cheaper than a slower and less practical V8 Range Rover.

The trouble is, £71,000 is a lot for a car that you neither need nor want.
Comment below or write to us at driving@sunday-times.co.uk, or Driving, The Sunday Times, 1 London Bridge Street, London SE1 9GF

Limited time offer: Get £20 off Amazon Prime so you can watch The Grand Tour