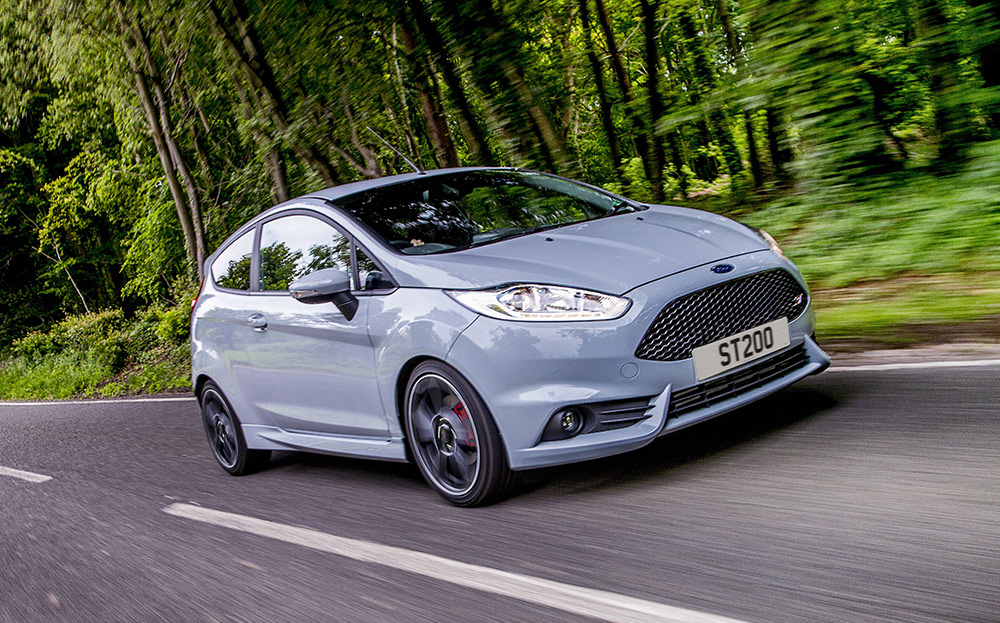 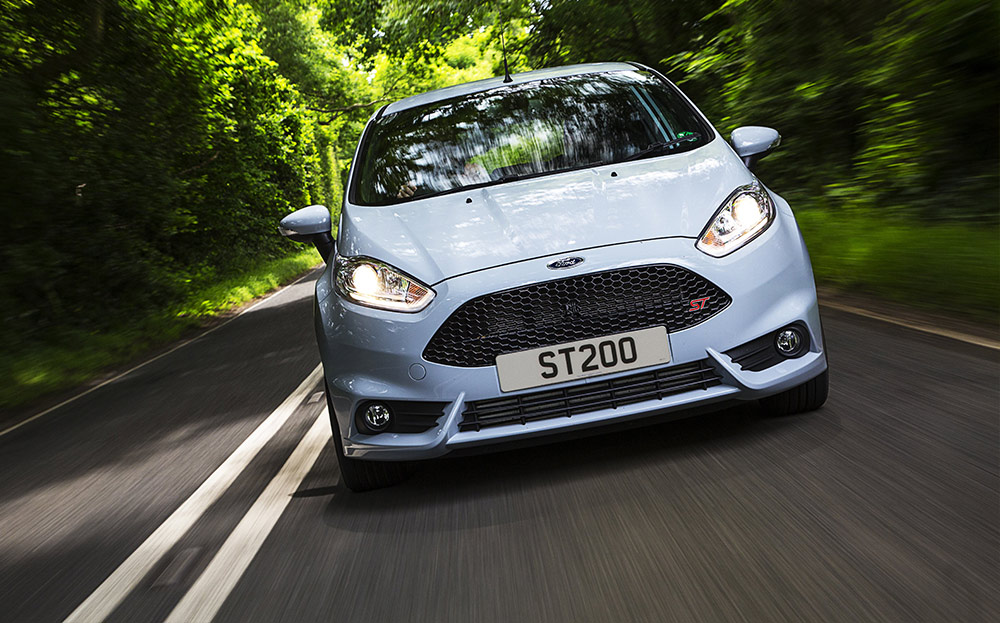 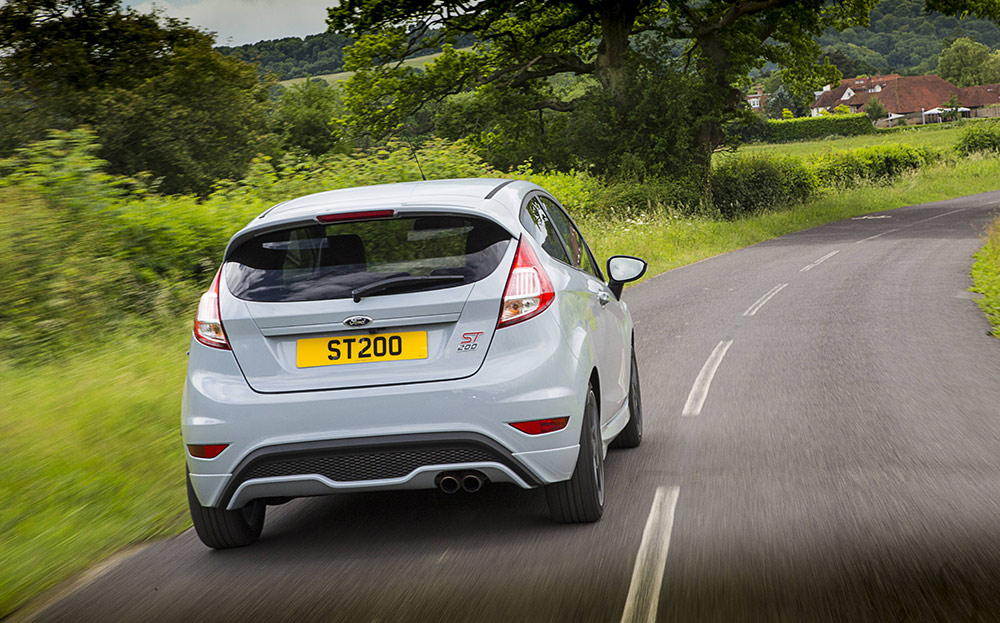 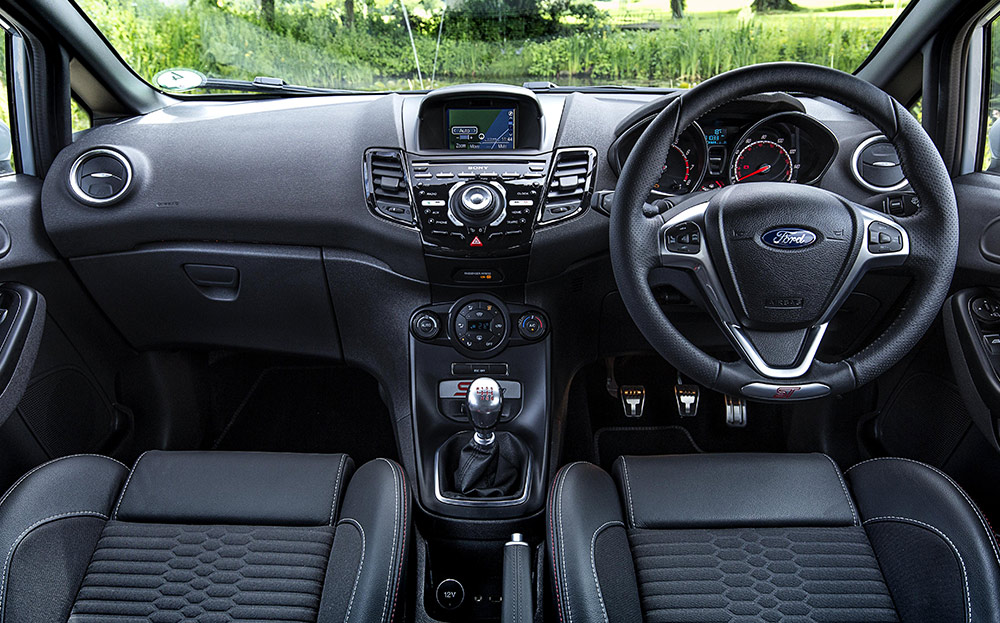 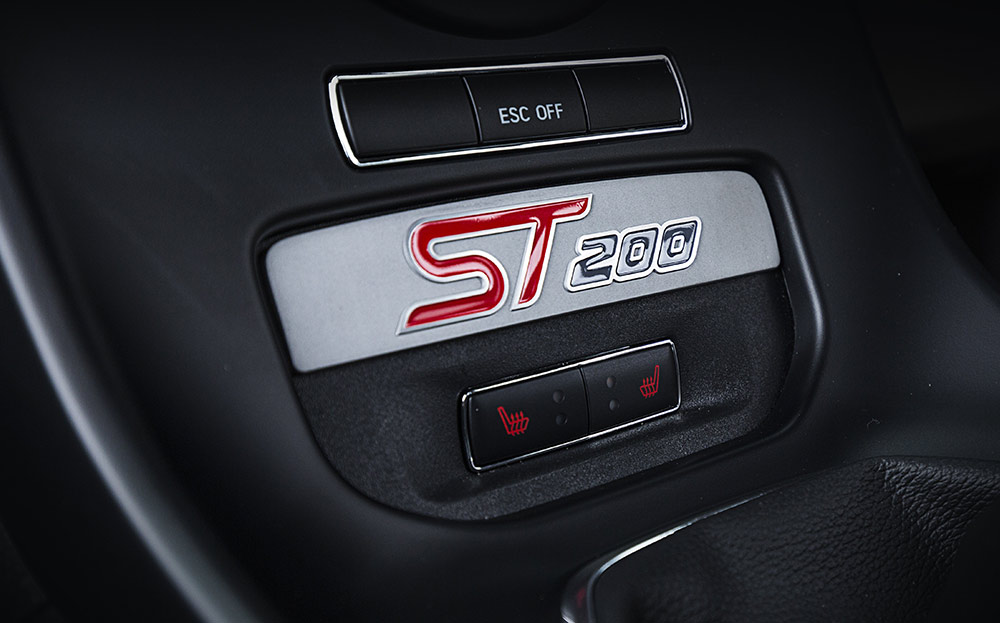 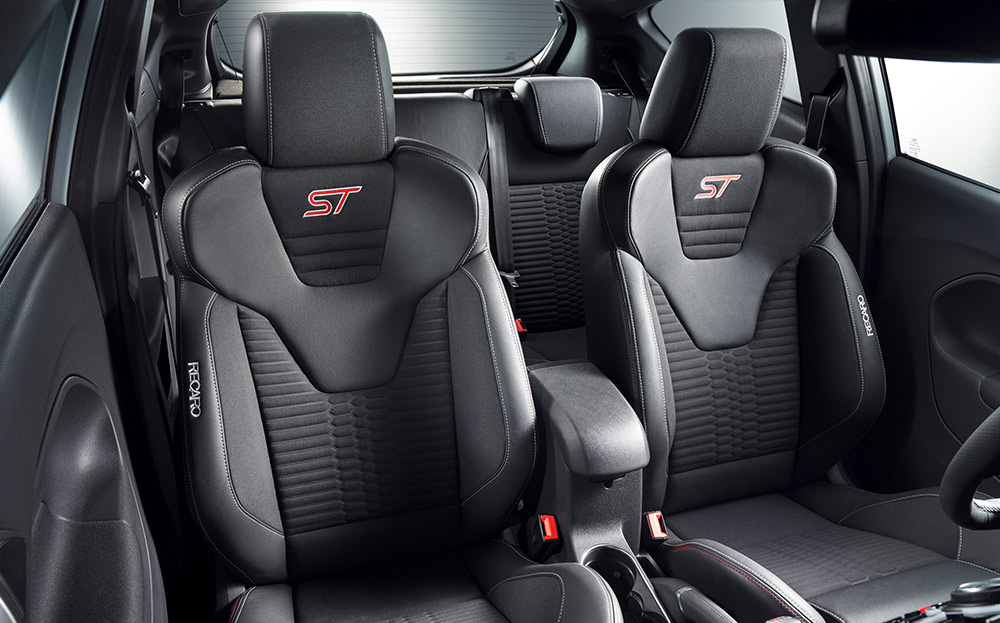 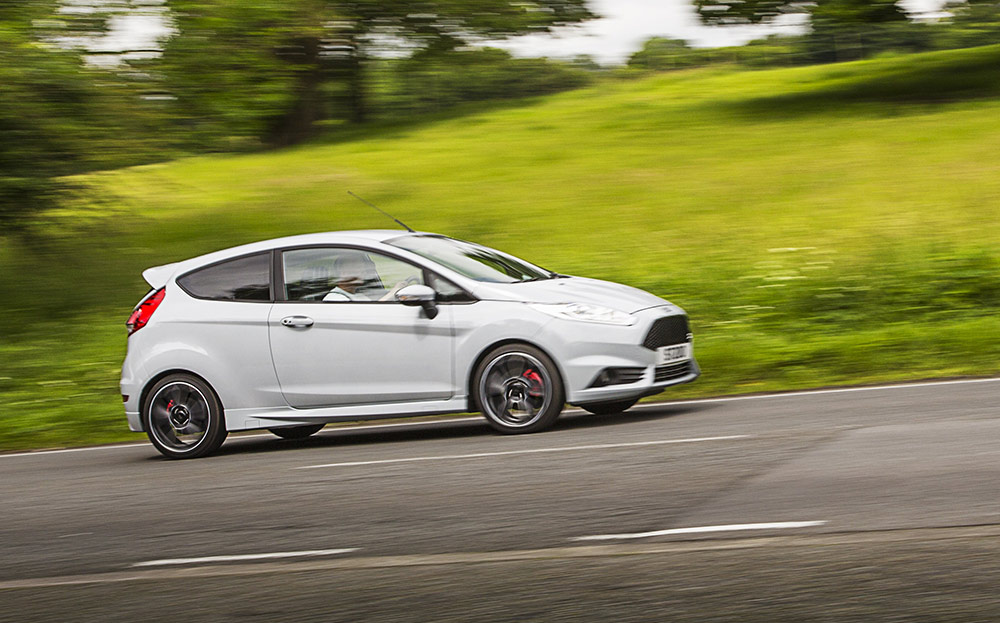 Share Article
Slightly quicker than the brilliant ST but a lot more expensive
At a glance
Pros
Steers by thought alone
Grips when you want, doesn't when you don't
Guaranteed to put a smile on your face
Cons
Nearly five grand dearer than the base ST
And only 0.2sec quicker
Same bewildering dashboard
Specifications
Cars > Ford > Fiesta

ACCORDING to the Mail Online, I’ve been very busy. While filming for my new Grand Tour series I flouted all sorts of bird-related by-laws on Beachy Head in East Sussex by flying a drone and then, when there were no more breeding peregrine falcons to mince, I headed off to a Hampshire hotel to gatecrash the wedding of someone called Danny Dyer from EastEnders.

A couple of things need straightening out there. I wasn’t filming for The Grand Tour. I didn’t fly a drone. It isn’t falcon-breeding season. No one flouted any by-laws. I wasn’t in Hampshire. I didn’t gatecrash a wedding and I have no idea who Danny Dyer is because I’ve never seen EastEnders.

It got one thing right, though. I was at a hotel. And like all swanky, country-house getaway spa retreats, the menu offered all sorts of vertical food prepared by a chef who’d trained in Southampton and could do wonderful things with weeds and seeds. But all I wanted was a prawn cocktail. In a glass, with a twist of lemon.

View the Ford Fiestas for sale on driving.co.uk

This often happens. I’m on my way to a restaurant, having spent the day gatecrashing weddings and sparking general fury, and I know it will offer me a choice of sautéed sheep’s brains and the barely formed areola of a lightly salted baby pig, and suddenly I become overwhelmed by the urgent need for a poached egg on toast.

It’s not just food, either, where I crave the simple things. Throughout the summer my Instagram feed was topped up every half-hour by friends posting pictures of themselves on beaches in Greece and on boats off Italy and in hot springs in Colorado. And then one day there was a photograph of a friend’s wife and kids playing at Daymer Bay in Cornwall and I almost vomited with envy.

So it goes with cars. I spend most of my life whizzing hither and thither in exotica made from platinum and rhodium and fitted with engines that roar and bellow and spit fire. And all I want on the way home is a Ford Fiesta ST.

Over the past 40 years there have been many hot versions of the Fiesta and largely they were tremendous little things — blue-collar buzz bombs with puppy-dog enthusiasm and raspy back ends. The XR2, for instance, was perfect for those whose Thames estuary vowel sounds and rust-round-the-optics drinking dens precluded them from having a slightly superior and slightly more expensive Volkswagen.

But then, four years ago, Ford gave us a hot version of the then current Fiesta. It had a turbocharged 1.6-litre engine, bucket seats and breathed-on suspension, and everyone thought it was going to be more of the same. A cheeky chappie. Up the Junction. Up the Chels. Do you want some, etc, etc, etc.

“It feels more urgent because it has a shorter final drive. Not good for the fuel economy. Not good for Johnny polar bear. But tremendous for putting a smile on your face”

In fact it was a game-changer; the most endearing and brilliant hot hatchback the world had seen. We get all misty-eyed about the original Golf GTI and the 1.9-litre Peugeot 205 GTI, and rightly so. They were very excellent. But the little Ford Fiesta ST? That was in a different league.

On a day-to-day basis, no car —not one — was as much of a laugh. It was propelled down the road by telepathy. You thought about the corner ahead and it went round, gripping when you wanted it to and slithering about when you didn’t. If there were such a thing as a funometer this little car would break it. And now Ford has tried to make it even better by launching something called the ST200.

Let me talk you through the headlines. It’s a little bit more powerful than the standard car, which means it’s a little bit faster. A very little bit. In fact it’s only 0.2 of a second faster from 0-62mph. But it feels more urgent because it has a shorter final drive. Not good for the fuel economy. Not good for Johnny polar bear. But tremendous for putting a smile on your face.

You need to dart into the next lane on a slow-moving motorway. No car does it better. Any gear. Any revs. And in a blink, the move is made. I’ve seen less nippy water boatmen. And then there’s the noise. You expect, in a car of this type, to have the “wheee” of a catherine wheel. But instead you get something deep and bassy. It sounds like a faraway battle. It’s wonderful.

Underneath, the rear twist beam is stiffer and at the front there’s a bigger anti-roll bar. This means the platform is more solid and that means Ford has been able to soften the springs and dampers. Which means you get all the composure you need, and a decent ride.

The only trouble is that the tweaks have been so successful, Ford has applied them to the standard ST as well. Which means you are paying a £4,850 premium for the ST200 to shave 0.2 seconds off the cheapest ST’s 0-62mph time. Hmmm.

Oh and you also get a little plaque on the centre console that says ST200 on it. If it were made from gold, or myrrh, maybe the price hike would be justified. But it isn’t. It’s just a fridge magnet.

Other than this, the interior is standard ST, which means you get Recaro seats that are too high and so big they reduce legroom in the rear to the point where only Douglas Bader would fit. And a dashboard of unrivalled complexity.

I assumed when I first tried to use it that my inability to change the radio station or engage the sat nav, let alone read it — the screen is the size of a stamp — was because I’m old. But no. I recently bought a standard ST for my eldest daughter and like all young people she plunged in, pushing buttons hither and thither until she, because she’s a she, said: “I’ll have to read the handbook.”

We then set off and . . . disaster. One of the clever things in the ST is the MyKey feature. It means you have one key for yourself and a spare that you hand out when you are lending your car to, say, your teenage kids, or, in my daughter’s case, her brother.

The idea is that you program the spare so that when it’s used to start the car, the engine produces reduced power. And the stereo has a maximum volume of about two decibels. It’s actually a very, very good idea, but such is the complexity of the dash that even my tech-literate daughter somehow managed to set it up so that both keys prevent her from listening to her drum and bass at anything more than a whisper.

Anyway, back to the ST200. And . . . I’m not sure, if I’m honest. Apart from the shorter final drive, and that grown-up exhaust boom, it’s pretty much the same as the standard car, only more expensive.