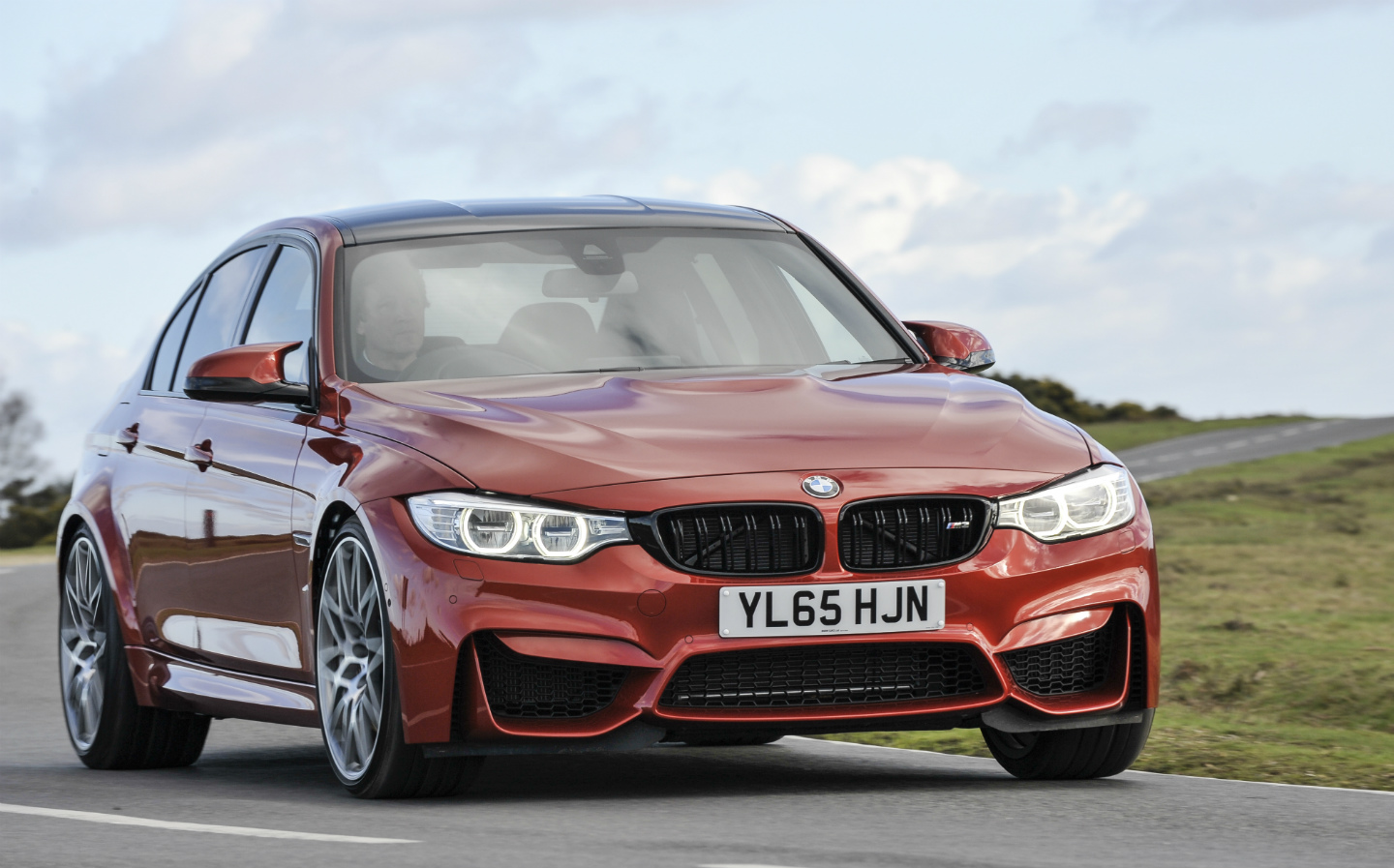 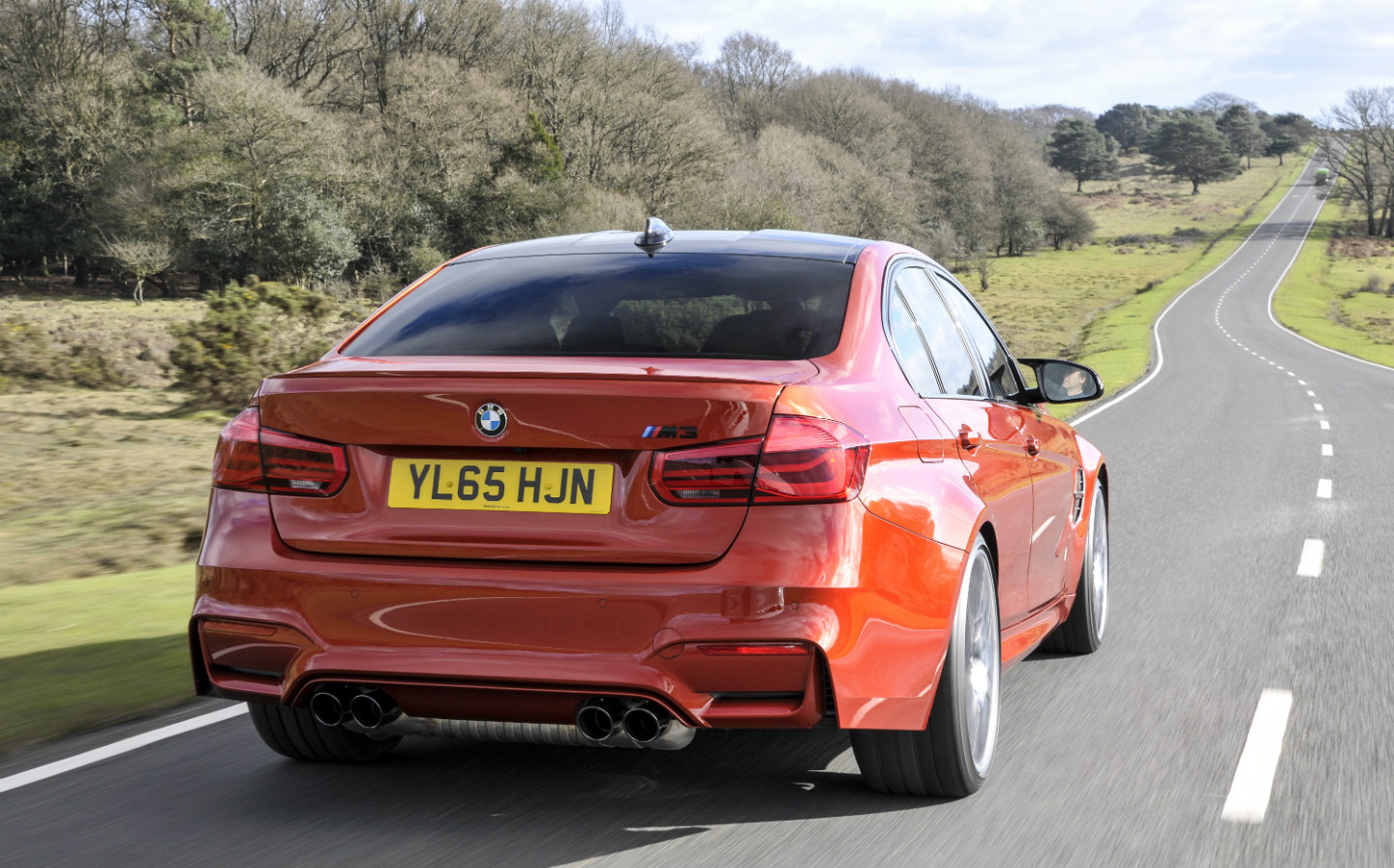 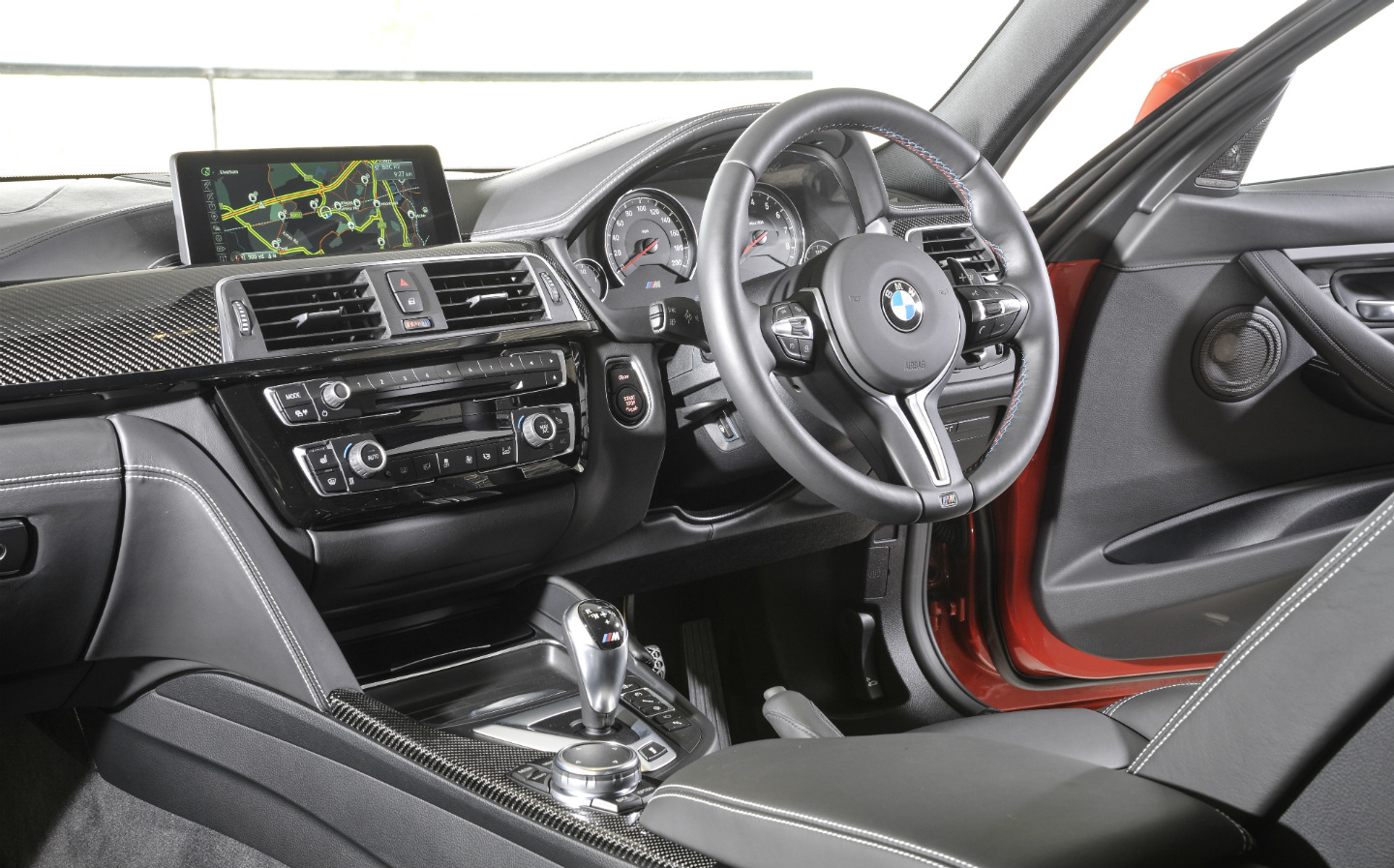 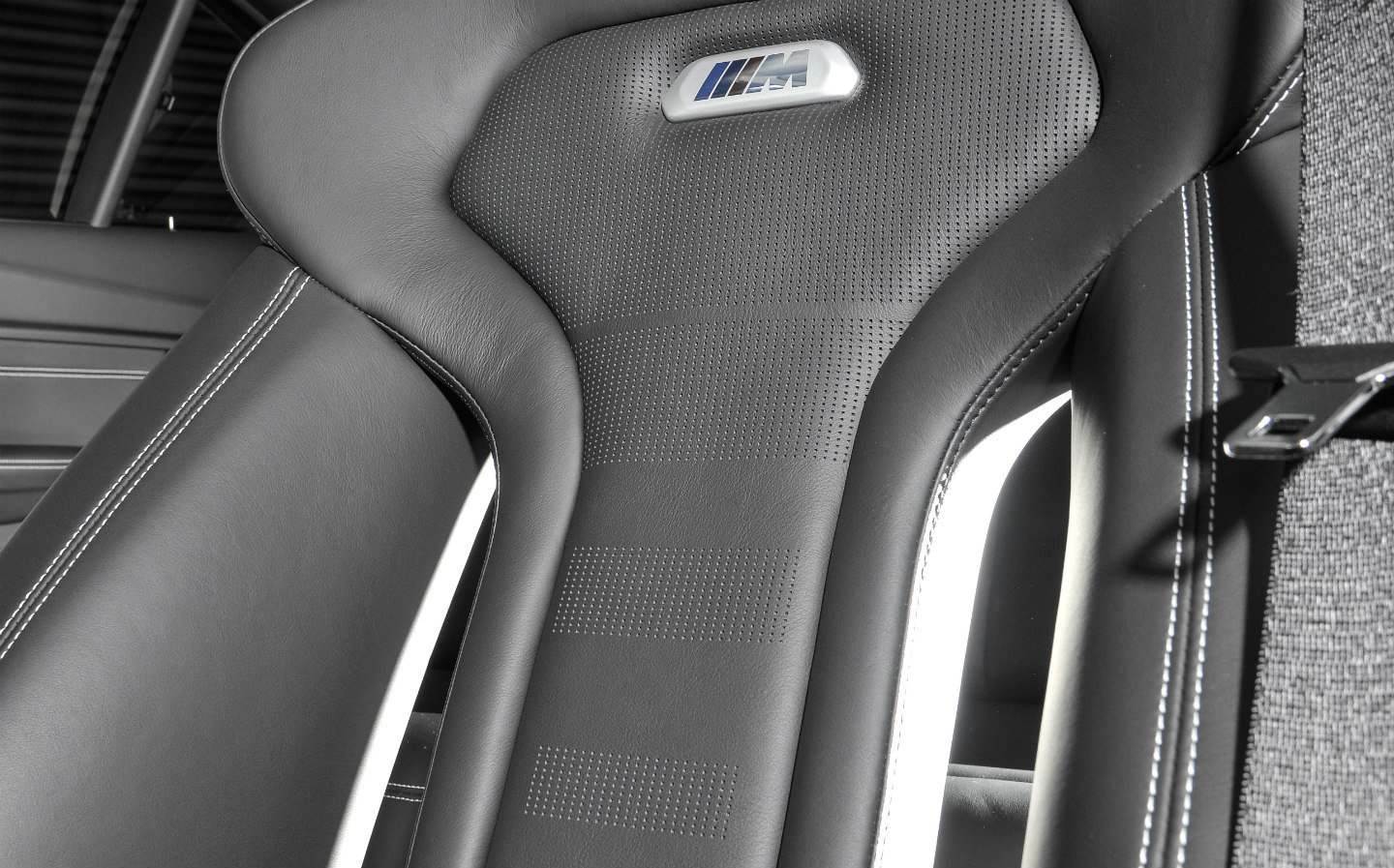 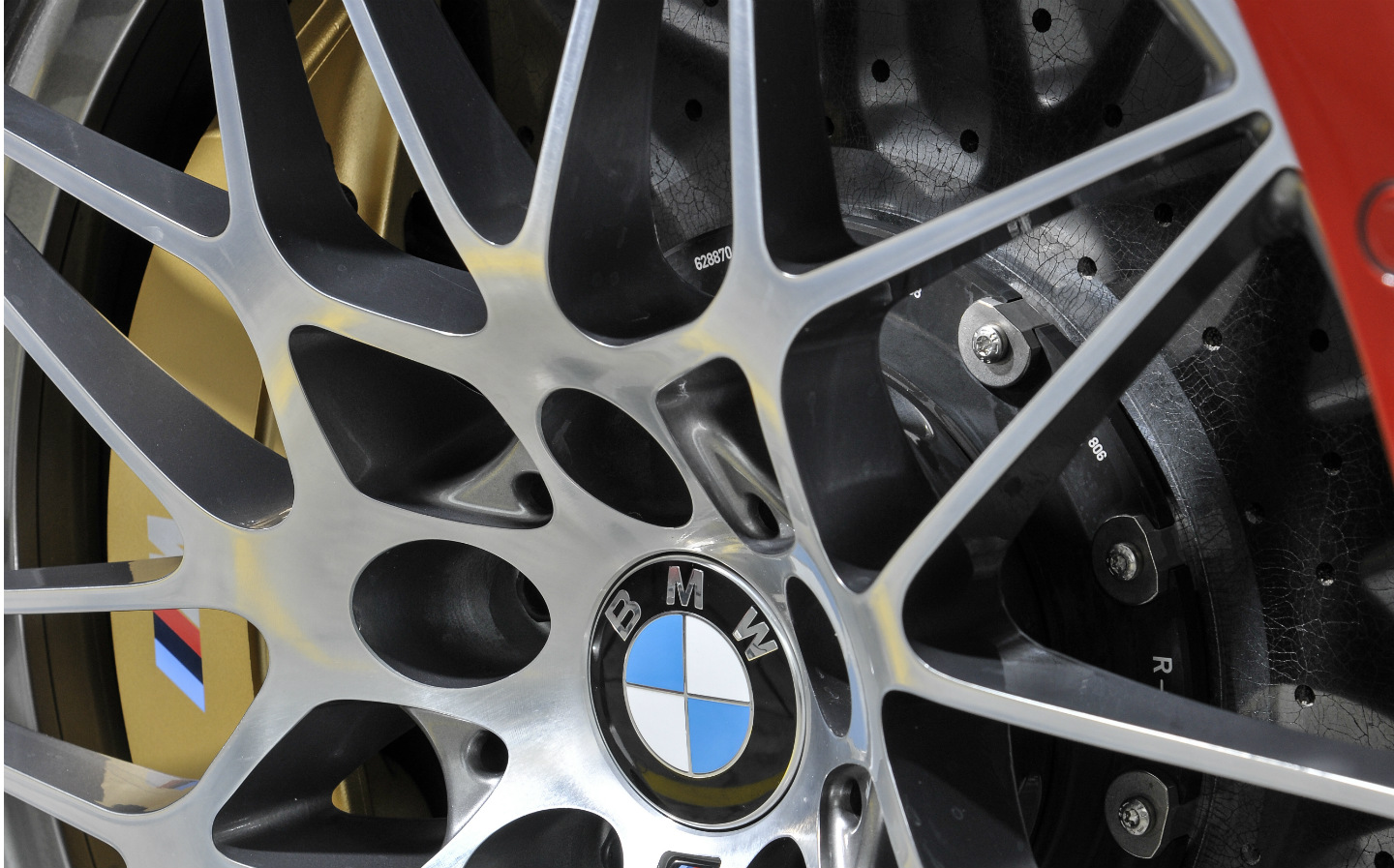 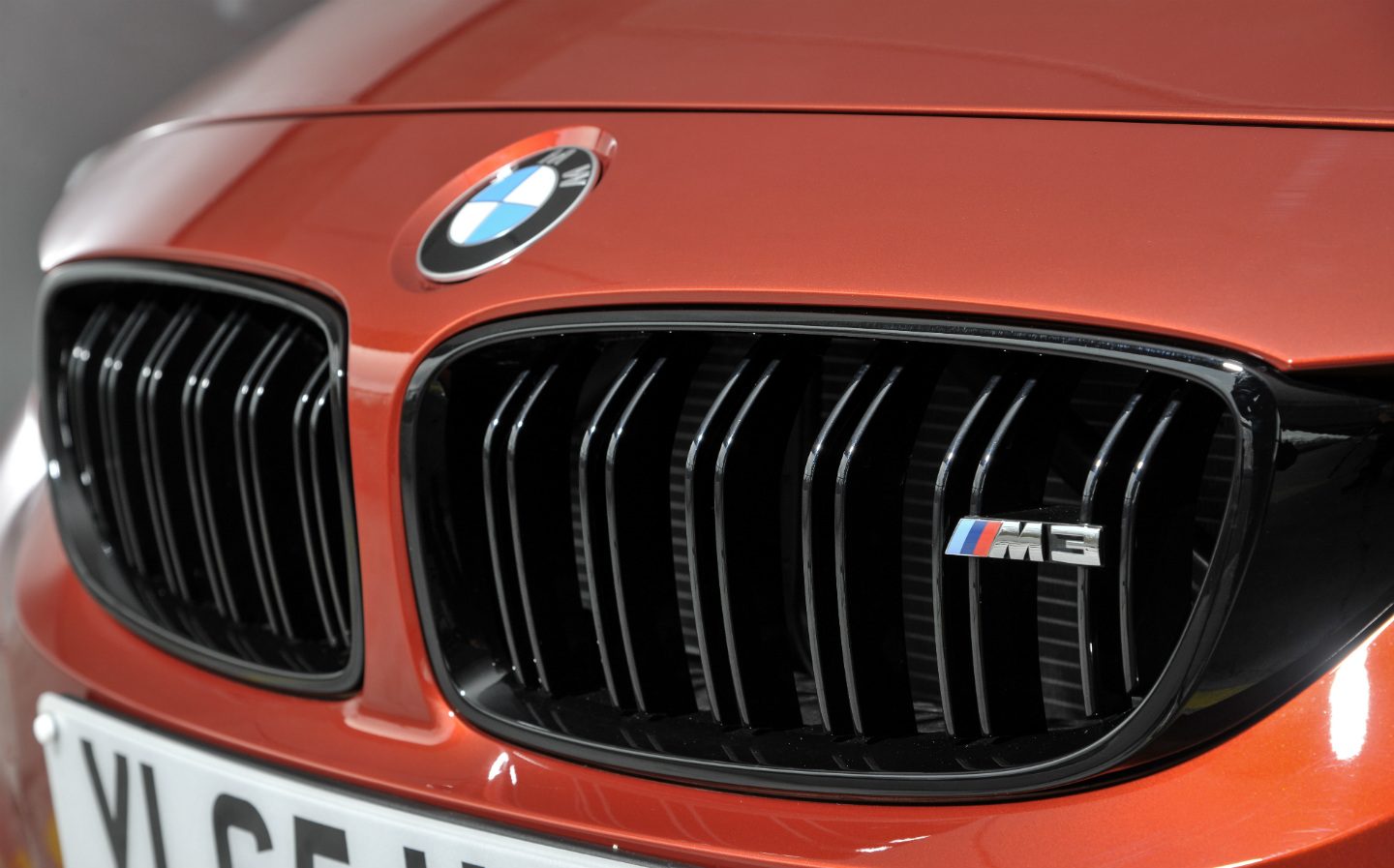 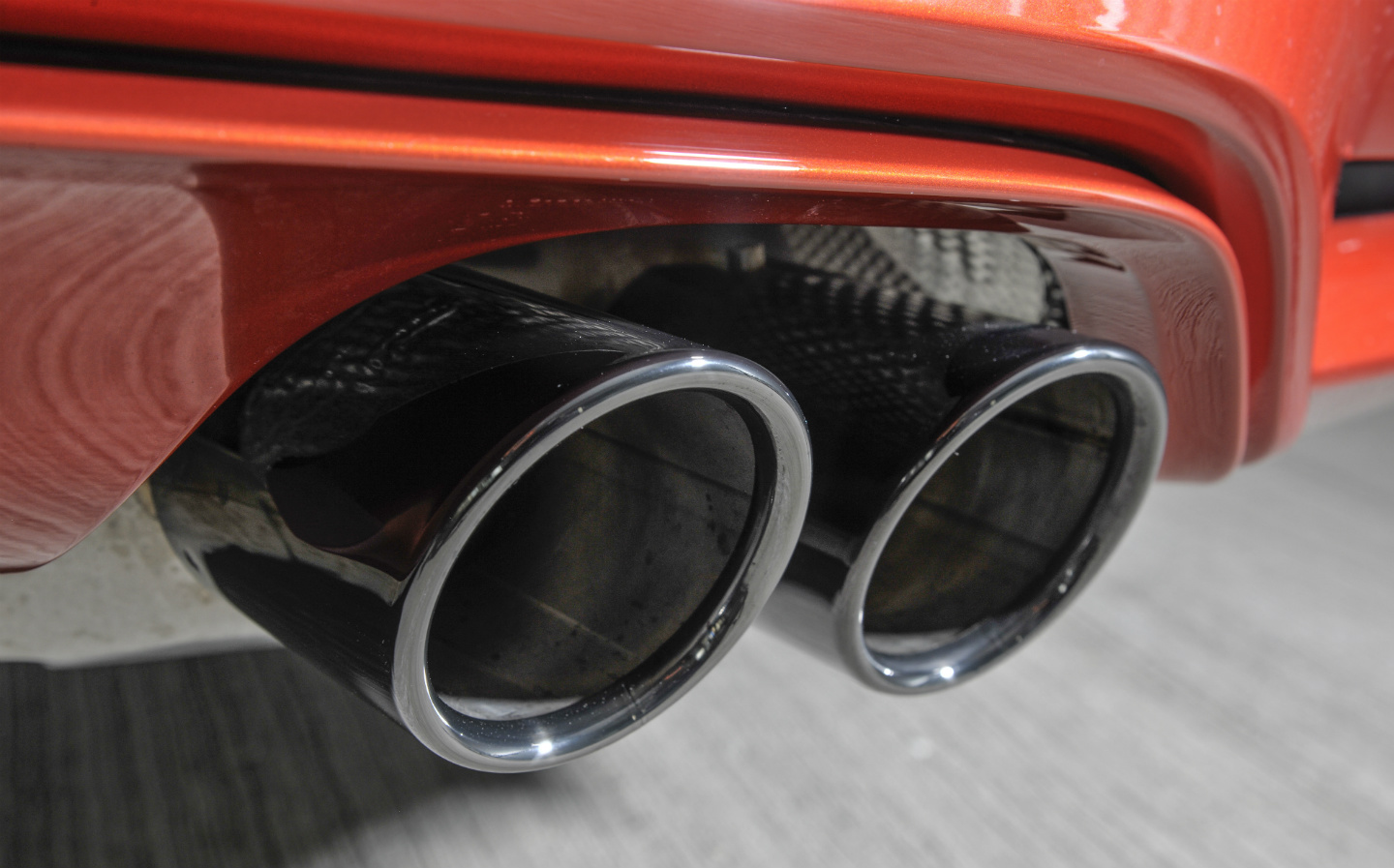 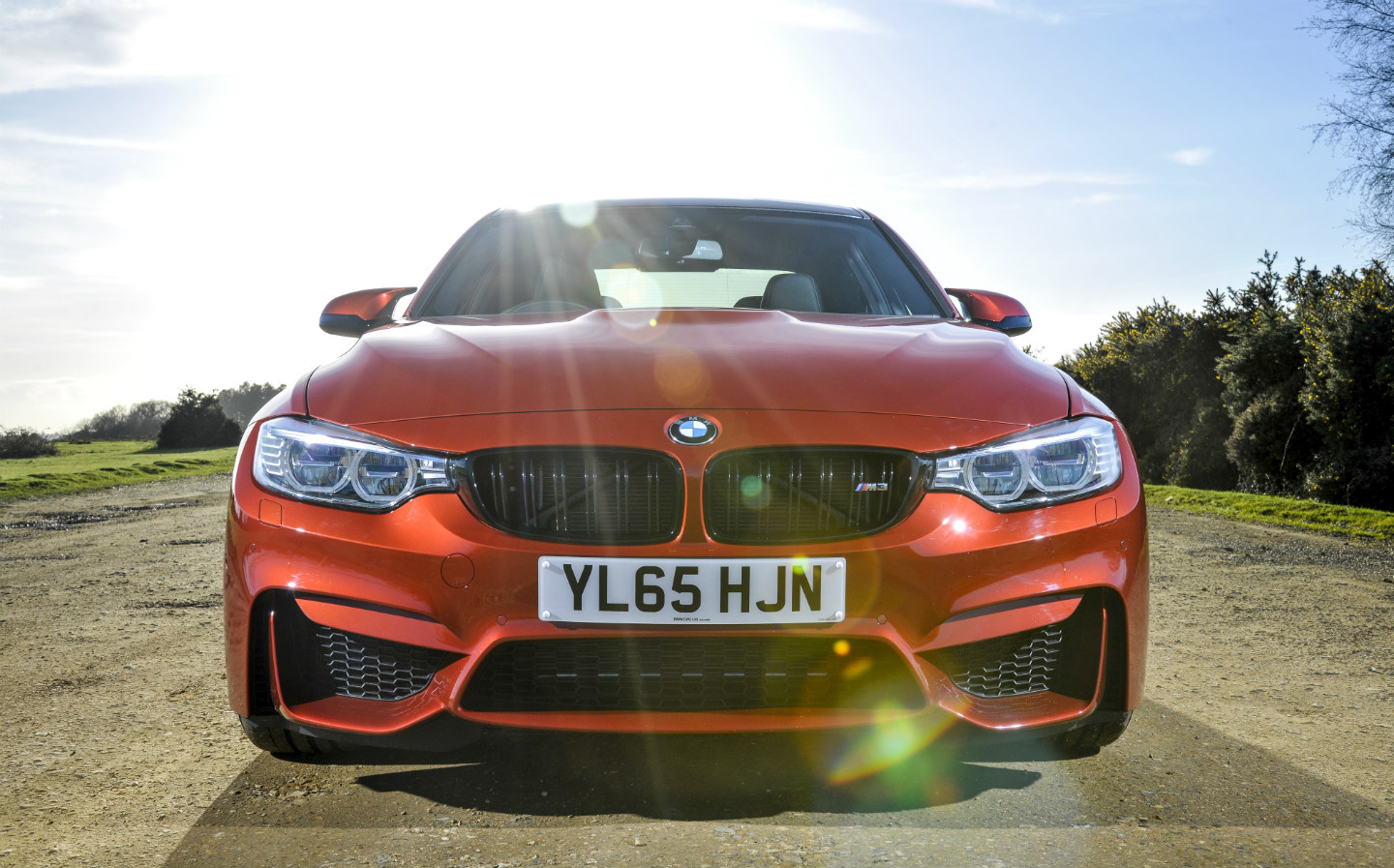 THE LAST time Driving tested a BMW M4, we compared it with the Ford Mustang 5.0 V8 GT. The American muscle car may not have been perfect in many respects, but when it came to having good old-fashioned fun, it was as instantly gratifying as a cheeseburger and fries.

By comparison, the M4 sent a shiver up its driver’s spine. On bumpy British roads, it could be as irritable as a wasp, fidgeting around and feeling on edge when pushed to its limits.

We described how it was not a playful car: “Take liberties with it and the M4 will attempt to take the driver’s trousers down and thrash their backside so hard that they won’t be able to sit for weeks. The Mustang’s simple charms are hugely appealing by comparison.”

Perhaps to address such criticisms, BMW has introduced the Competition Pack. It’s available on all M3 and M4 models, and costs from £61,580, for the M3 reviewed here. That’s an increase of £3,000.

Contrary to what the name suggests, the Competition Pack is not about dressing up in fireproof pants and going racing at the weekend. Instead, it introduces a modest 19bhp power increase — up to 444bhp — re-tuned suspension (springs, dampers and anti-roll bars), tweaks to its electronic brain and transmission, larger and wider 20in alloy wheels, fancy sports seats, a sports exhaust and some subtle changes to the exterior trim.

There was probably one other technical change made; the sacking of the bloke who tuned the suspension on the standard M3 and M4.

Our BMW M3 Competition Pack test car came in special paint, called Azurite Black. From some angles, it looked a lurid shade of purple. With tinted windows, a carbon fibre roof, wider wheels, black trim around the windows and carbon fibre spoilers, the thing looked… menacing. Our neighbours may have assumed a gang of Eastern European people-traffickers had moved into the neighbourhood.

Open the door and the sports seats look especially racy but other than that, the interior is regular M3 fare. So you get the same cheap pedals from a 318i, which is insulting in a car costing over £60,000. But the driving position feels good, the steering wheel is chunky and the seat belts have subtle BMW-M sport colours stitched into them.

As with the standard M3 and M4, there are three driving modes to choose from: Efficiency, Sport and Sport+. In the eye of some enthusiasts, the Efficiency setting is strictly for when the fuel reserve light has flashed up.

There are also three settings for the suspension’s adaptive dampers and the same for the steering: Comfort, Sport and Sport+. The steering only reduces assistance to add weight, rather than changing the ratio and response. So for anything other than track running, Comfort is the preferred setting, as the others feel too much like a gym workout.

As for the dampers, Comfort suits day-to-day driving while Sport is good for pressing on. Sport Plus will shake fillings loose on anything but a smooth racing track. And there’s definitely a slightly firmer underlying ride comfort with those 20in wheels and tyres.

The extra power of the engine isn’t discernible, if we’re being honest. The straight-six cylinder, twin-turbo unit is still a heavyweight, with a huge amount of surge from just below 2,000rpm. However, because it’s all about having lots of grunt low in the rev range, there’s little satisfaction to be derived from revving the engine to its red line. But at least the sports exhaust helps to liven up proceedings a little.

Where the car feels markedly better than before is in the way it takes a corner. It has a more precise stance and doesn’t go to pieces the moment the driver attempts to accelerate out of the bend; the standard car hops and skips about like it’s got a thorn in a toe.

To confuse the electronic drive modes a little further, there’s also M Dynamic driving mode — an additional setting, via the steering wheel, that by default will switch off the traction control but not the electronic stability programme (which helps prevent the car from spinning) and can be pre-programmed, with two settings, to individual taste. In this mode, with the stability systems dialled down and differential set up to allow a little bit of naughty behaviour, you can achieve subtle tail slides under acceleration before the car steps in to prevent an embarrassing, when-drifting-goes-wrong YouTube moment.

However, the greater surprise is what happens when the driver aids are cancelled entirely. The M3 Competition Pack really comes alive. Not in an alarming way but a “let’s have some serious fun” fashion.

The car still has something of a hefty feel to it. But the nose turns into bends with precision, the chassis holds its line tenaciously and then the potent engine is able to tease the tail out in a predictable, confidence-inspiring manner. The tyres, suspension and differential are much better behaved than the car without the Competition Pack, and there’s a satisfying feeling of the car’s parts working in harmony with the driver.

It means the M3 becomes a car you want to take out for a drive early in the morning as the sun’s rising and other drivers are still in bed, as opposed to one that you suspect might bite your arm off if you’re not careful.

Given the £3,000 price of the Competition Pack in relation to the cost of the car, there can be no agonising over whether or not to add it. Call us old fashioned, though: it seems a bit rich for the German engineers to come up with a fix for a car’s problems, and then charge customers to have the bits and pieces fitted.

The Competition Pack is the medicine that the M3 and M4 so badly needed. But that doesn’t make its price any easier to swallow.