By Will Dron
Share Article
A classy, refined and well-built executive car with a sporting edge
Pros
One of the best-looking executive coupés
Top build quality
Plenty of grip
Cons
Pedals are positioned poorly for right-hand drive
Not much room in the rear
S-line suspension a tad stiff for those after all-out comfort
Cars > Audi > A5 Coupe 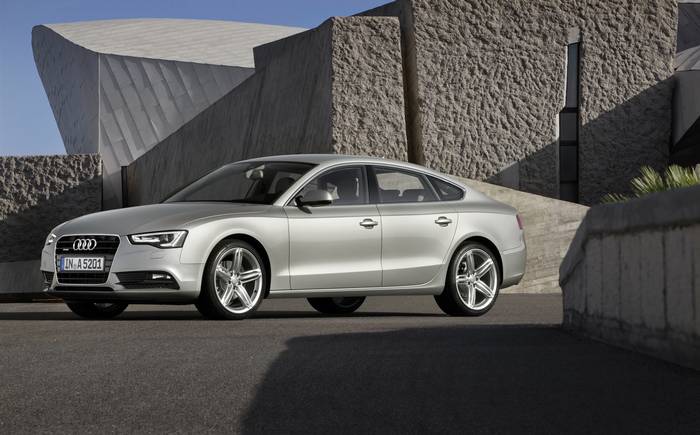 What is the Audi A5?

With the A5, Audi took its winning A4 saloon – car of choice for the more discerning company car driver – and flattened out the rear roof section to create a coupé. While the two models share the same underpinnings, the A5 is designed to appeal to those seeking a sportier look than is found on the average executive car. The A5 certainly looks the part. Walter de’Silva, Audi’s head of design, called it the most beautiful design of his career when it was launched in 2007. Inevitably, there have been minor tweaks to the design since then but the latest versions retain the sharp and muscular look of the original. Audi sells the car in three varieties: two-door coupé and cabriolet, and five-door sportback. In addition there are quicker S5 and faster still RS5 variants available, but we’ll concentrate on the base car here.

Search for and buy a quality used Audi A5 on driving.co.uk

The A5’s closest rivals, as ever, come from fellow German car makers BMW and Mercedes, which produce the 3-series Coupé and C-class Coupé respectively. 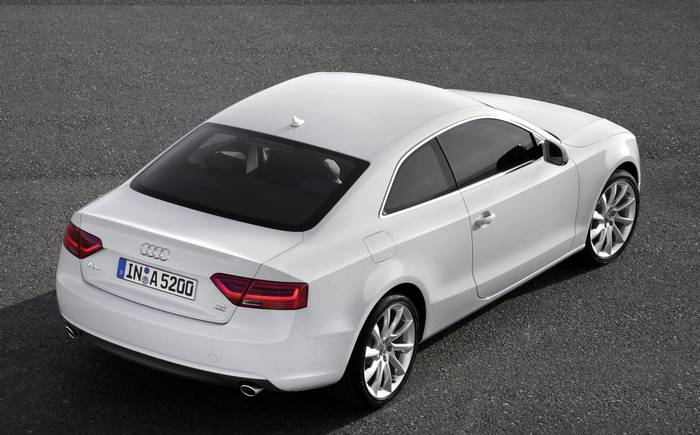 The A5’s standard suspension has been described as being a little unpredictable over bumps but the S-line version we tested felt settled and grippy. The additional tautness that this specification brings, combined with the A5’s low riding position and wide stance, results in a sporty feel to match the car’s energetic design. That said, it is rather stiff-riding, which may put off some execs who prefer to glide along in absolute comfort. The engine line-up includes two petrol units in the form of a 167hp 1.8 TFSI and a 208hp 2.0 TFSI, but the diesel options, which comprise a 174hp 2.0 TDI and 3.0 TDI unit pushing out either 201hp or 242hp, are remarkably responsive and refined, and will prove more economical on longer runs. There’s also a more efficient TDIe version of the 2-litre diesel that sacrifices a little power for a few additional miles per gallon. The V6 3-litre TDI quattro unit is simply astounding, with bags of power and torque that can thrust you from standstill to 62mph in 5.8sec. However, you do pay a big premium for the diesels. For example, the 174hp diesel costs £2500 more than the 167hp petrol. Quattro all-wheel drive is available across the range but for most occasions the standard front-wheel-drive version will suffice. The latter is cheaper to buy and more economical, too. Our pick for people looking to make regular motorway trips would be the A5 Coupé 2.0 TDI in SE trim, offering 174hp and a claimed 61.4mpg on the combined cycle.


Audi’s typically high quality interiors are well thought out and in most respects the A5 is no exception offering supportive, comfortable seats and sturdy, satisfying-to-the-touch switchgear. On the downside, all-round visibility is not brilliant, especially behind, and rear passengers will find things rather cramped. But then, this is a coupé and so quibbles such as these should be expected. Luggage space is good, with access in the Sportback made easier via its hatch and rear doors. Annoyingly for us in the UK, the right-hand-drive models suffer with poorly positioned pedals – way too far over to the right, at an odd angle. It’s not a disaster but this is still an ergonomic compromise. Be aware that in order to save weight, the S-line trim strips away many of the luxuries and gadgets that come in other versions of the model. You’ll not find an electrically adjustable steering wheel or seats here; neither is there the Drive Select system which adjusts suspension and steering response on the more supple variants.

What to look out for when buying a used Audi A5

A5 owners are increasingly muttering about gearbox and clutch problems. Once an A5 is outside its warranty, these could be hugely expensive to resolve. The A5 also fared poorly in the 2009 What Car? survey, with most complaints being about electrical gremlins.

Some owners are critical of the car’s ride on larger alloys, and low-profile tyres make damaging the rims painfully easy. There have been no recalls at time of writing.

Search for and buy a quality used Audi A5 on driving.co.uk