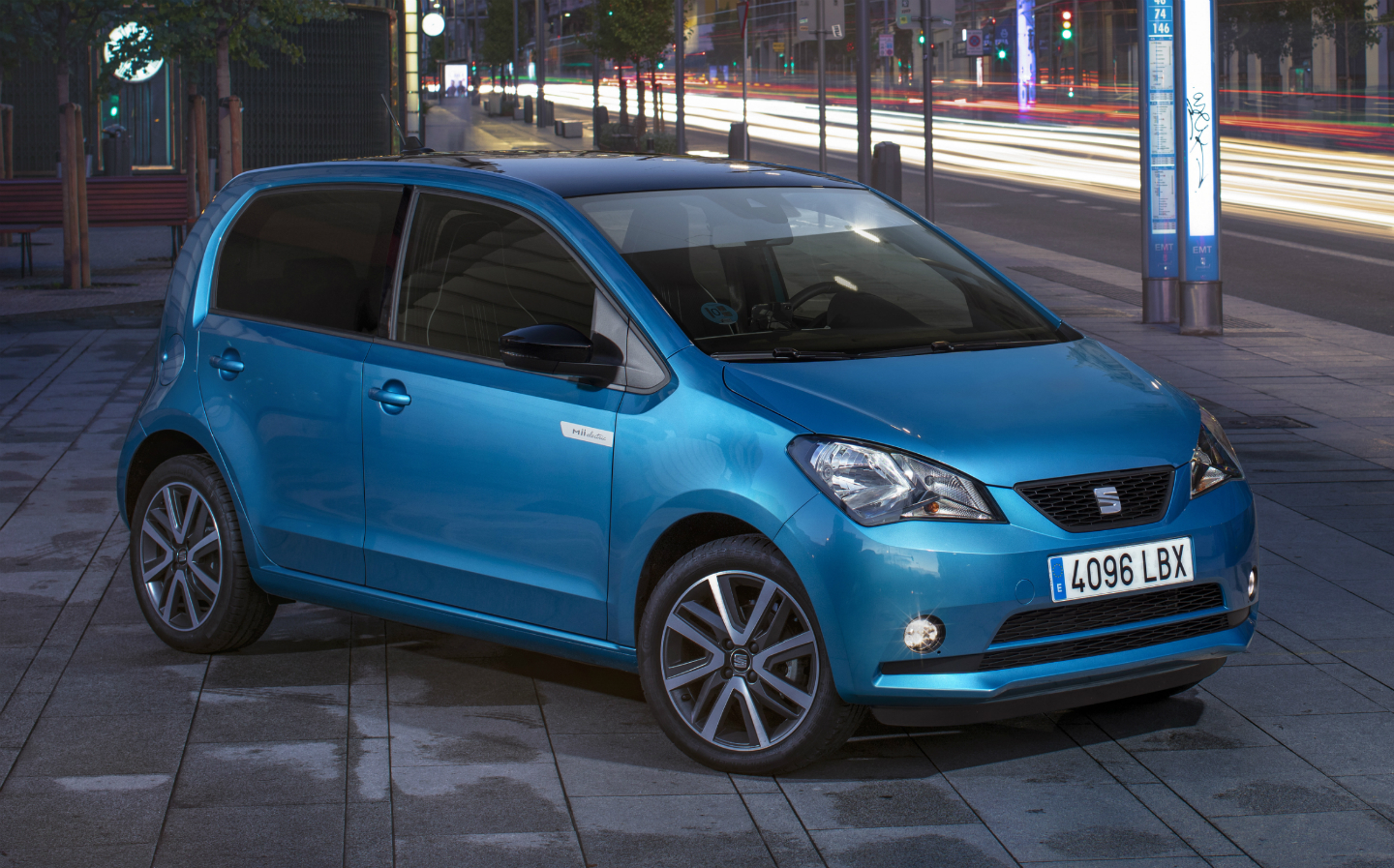 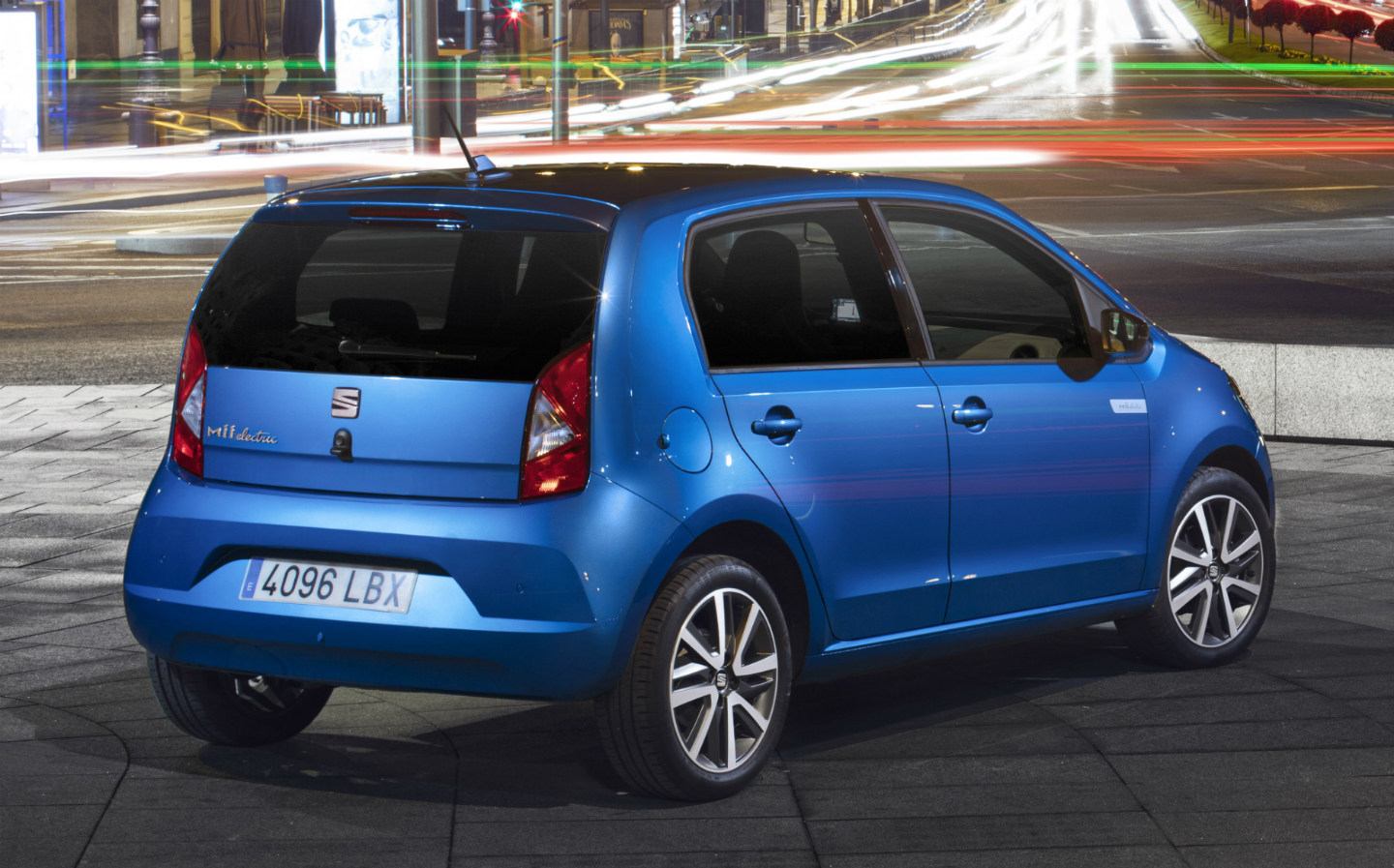 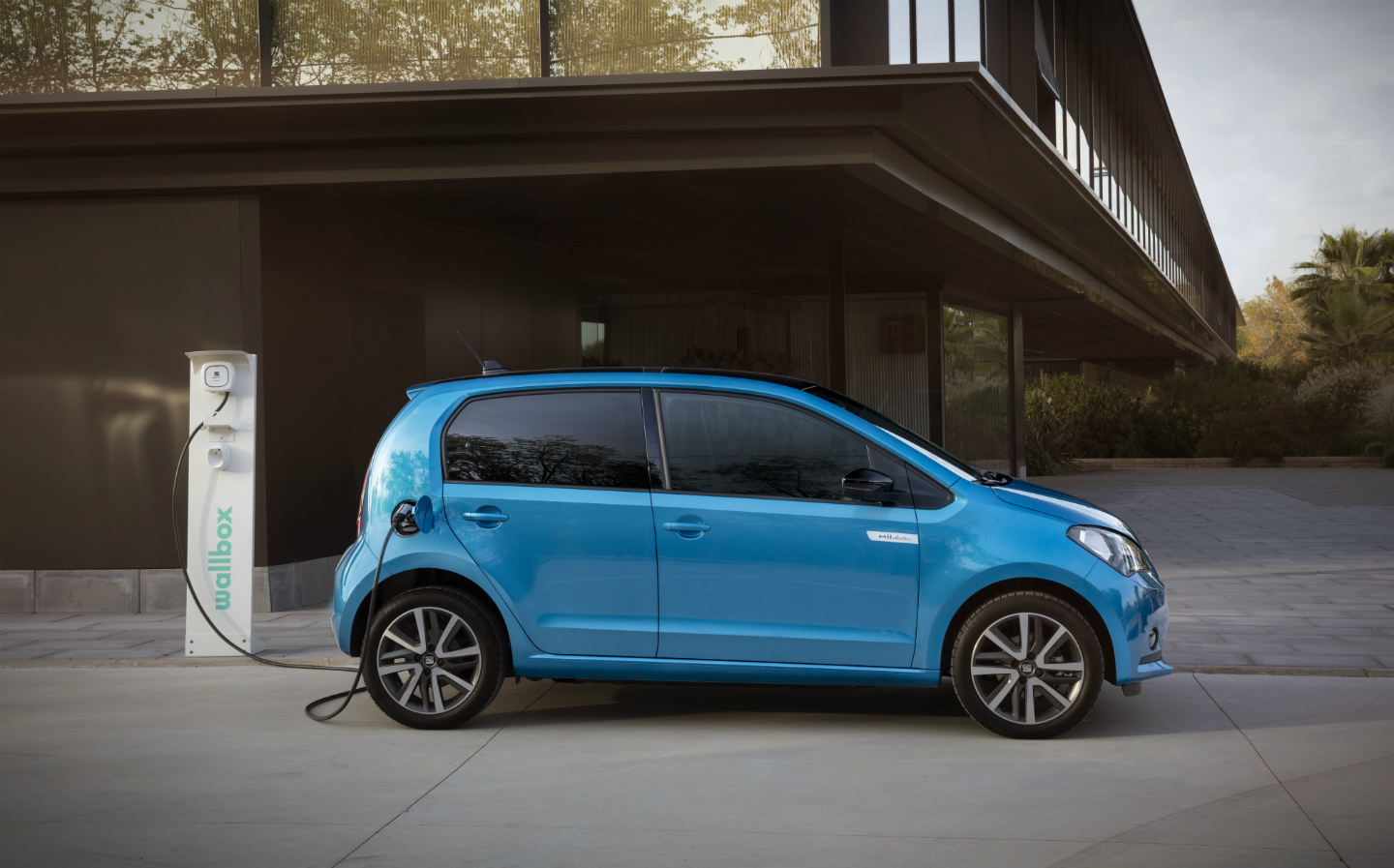 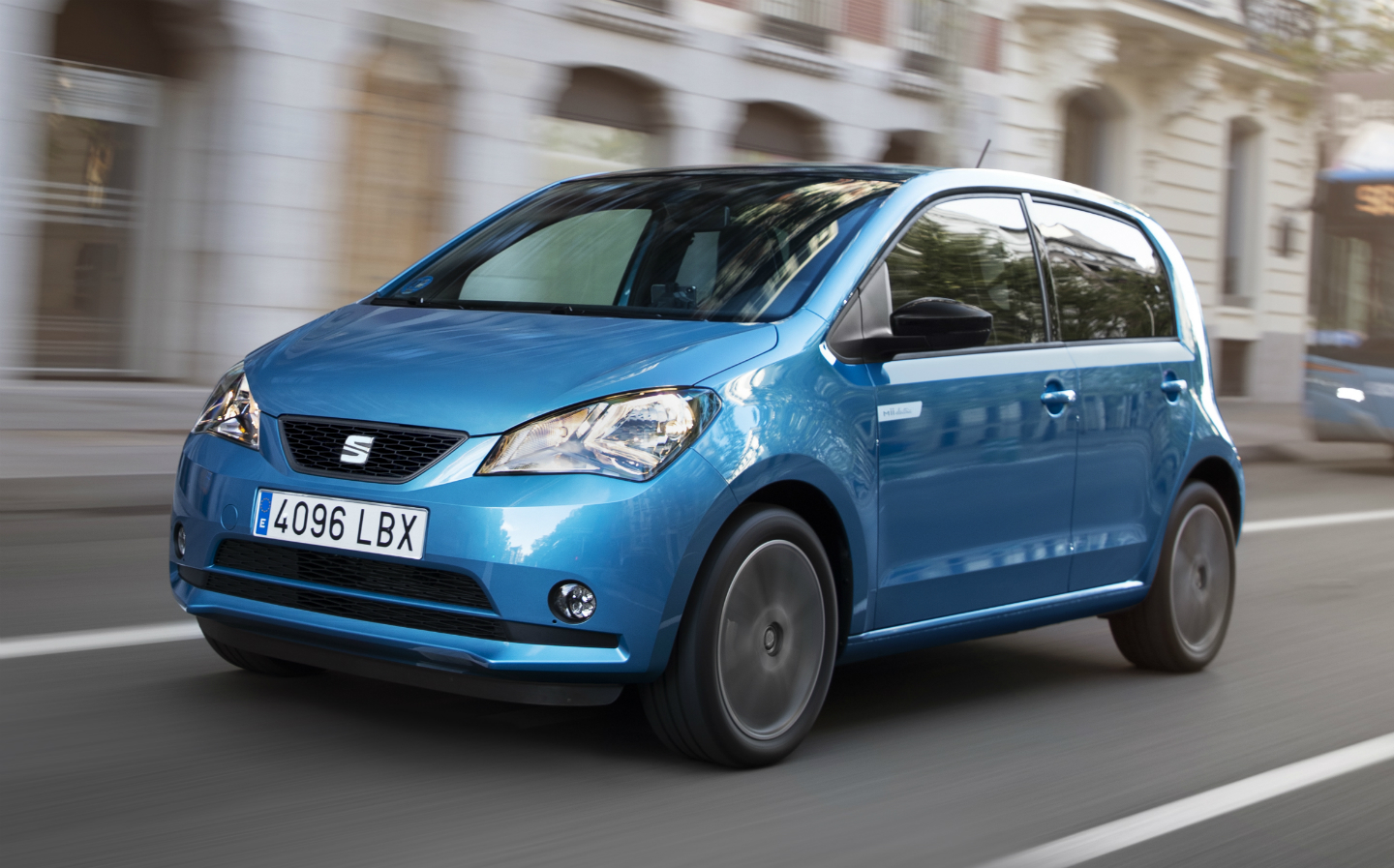 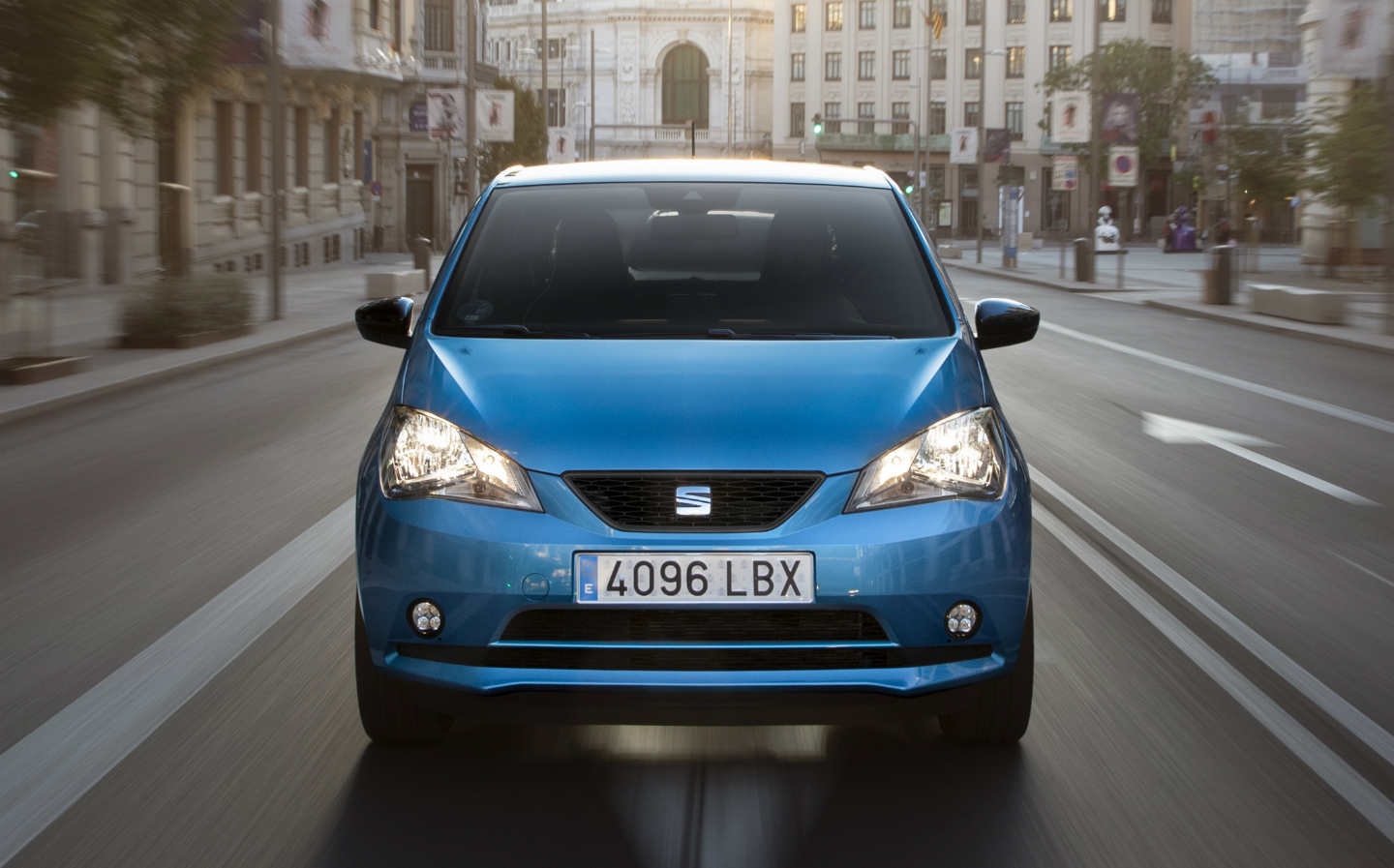 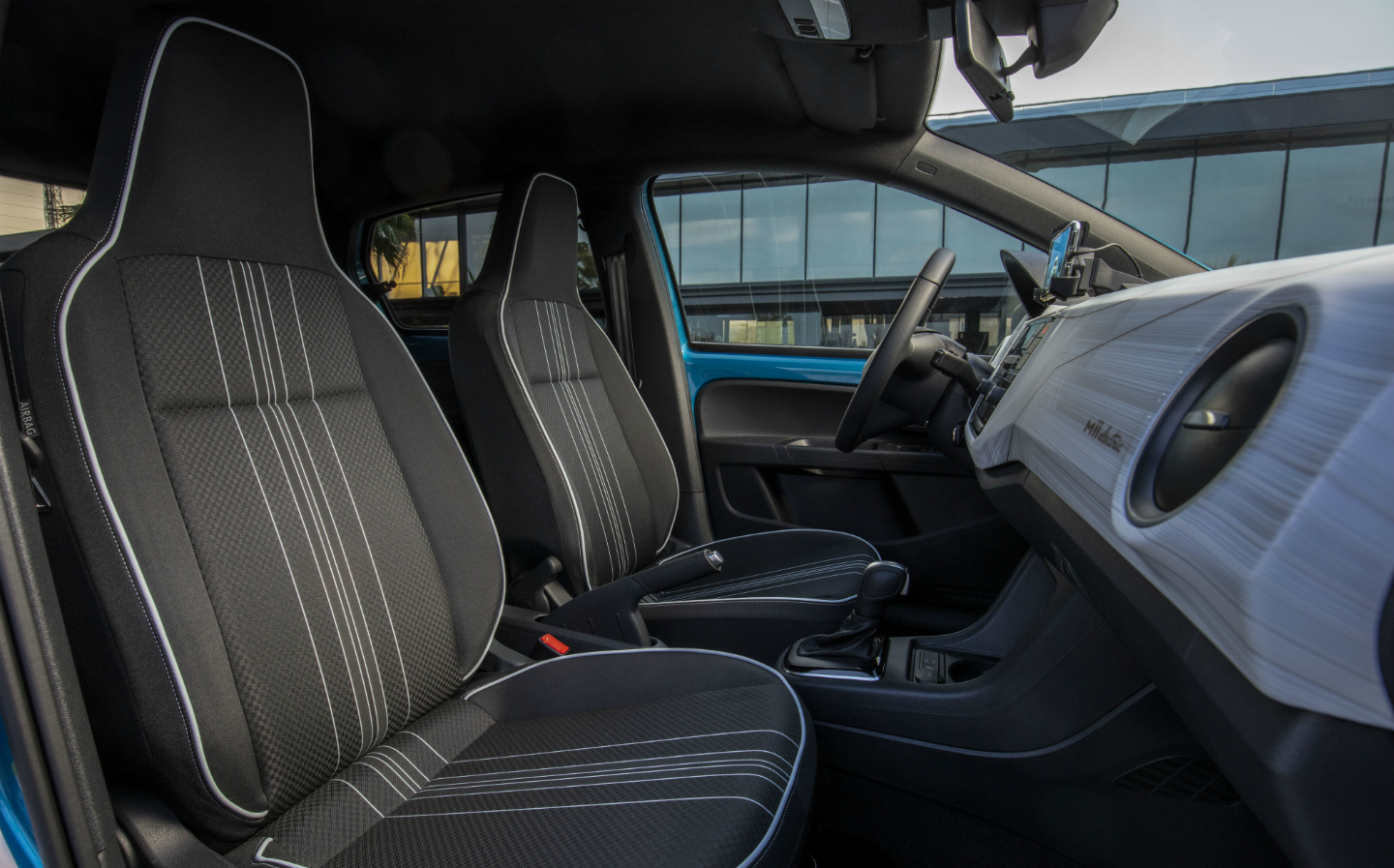 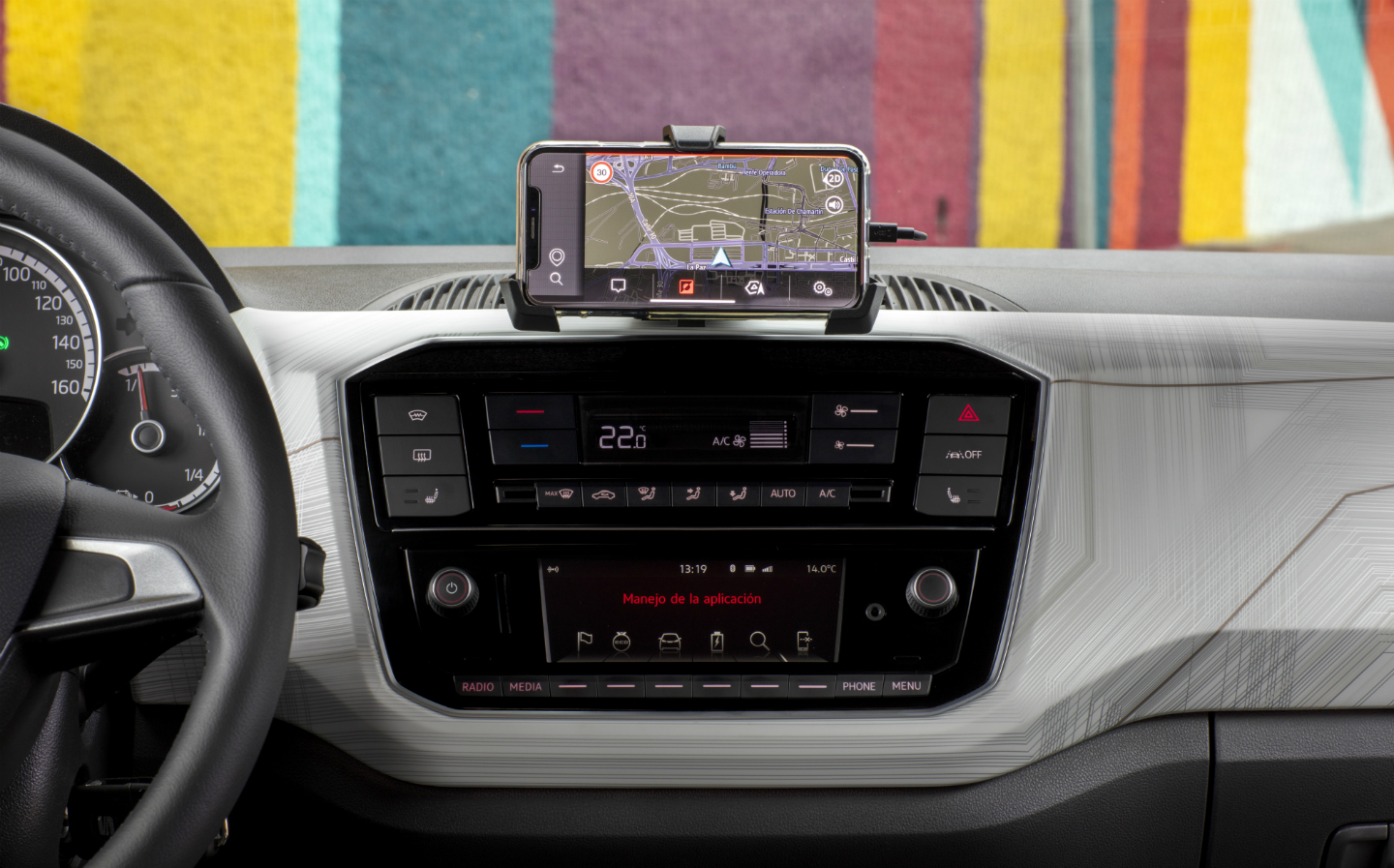 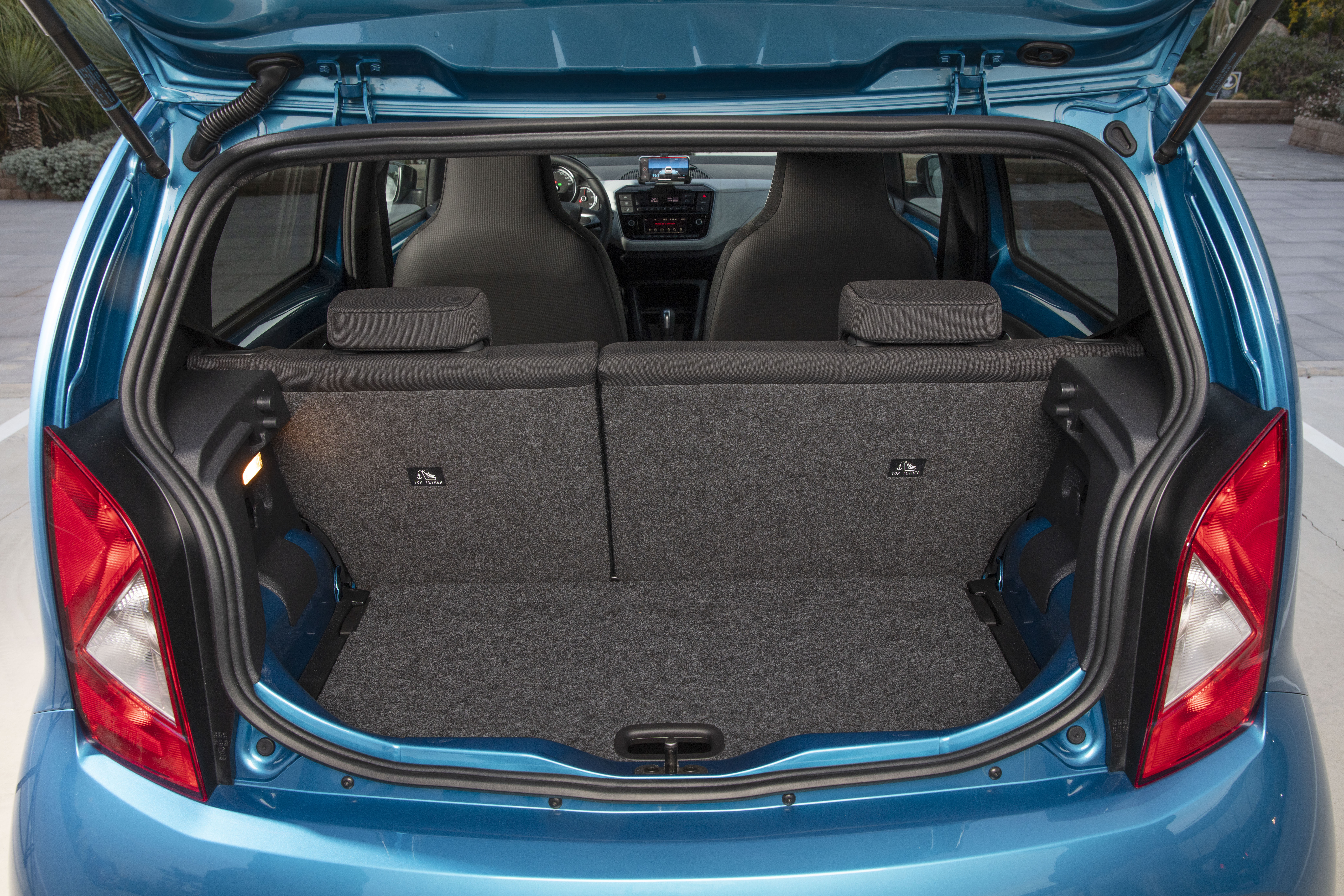 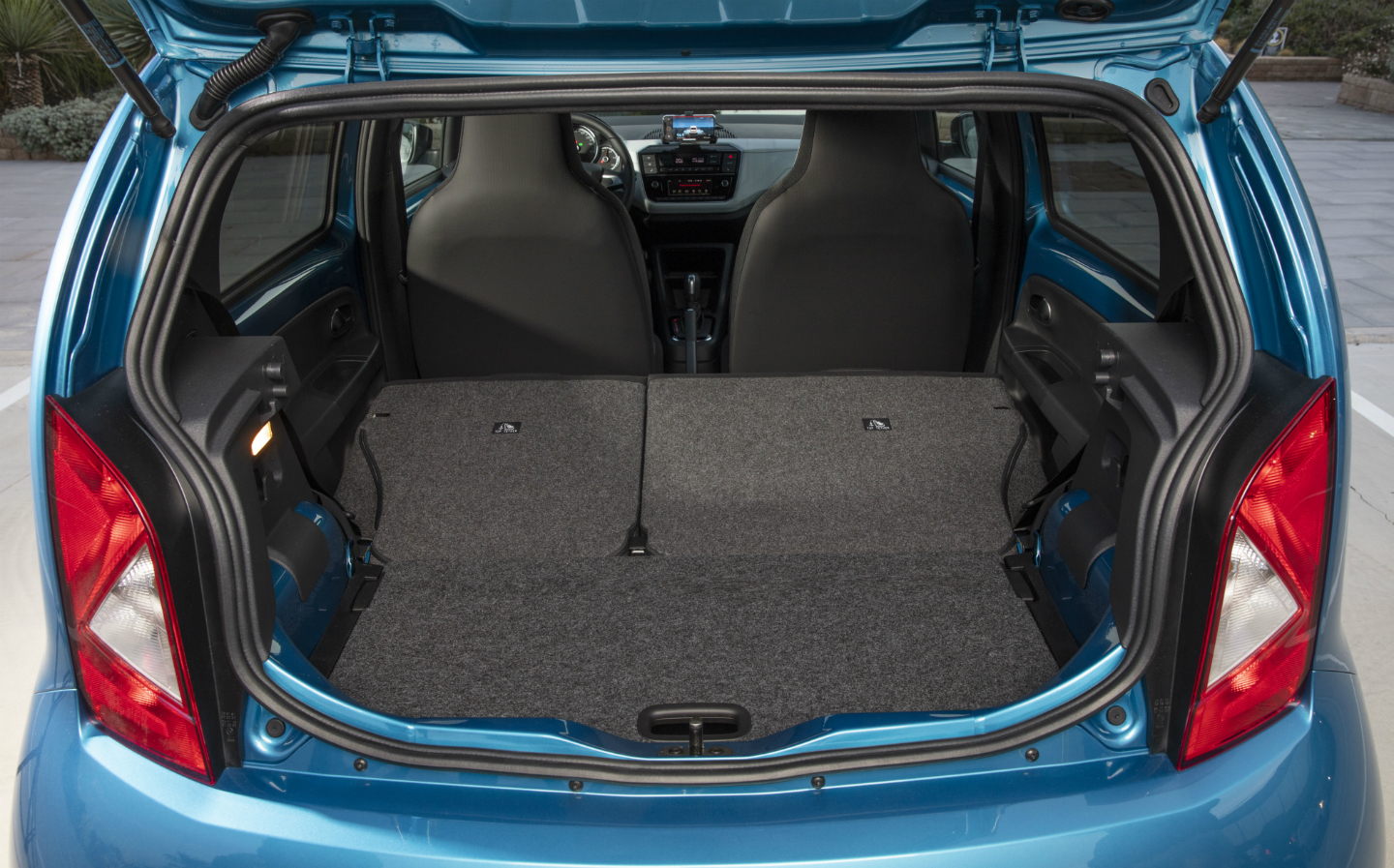 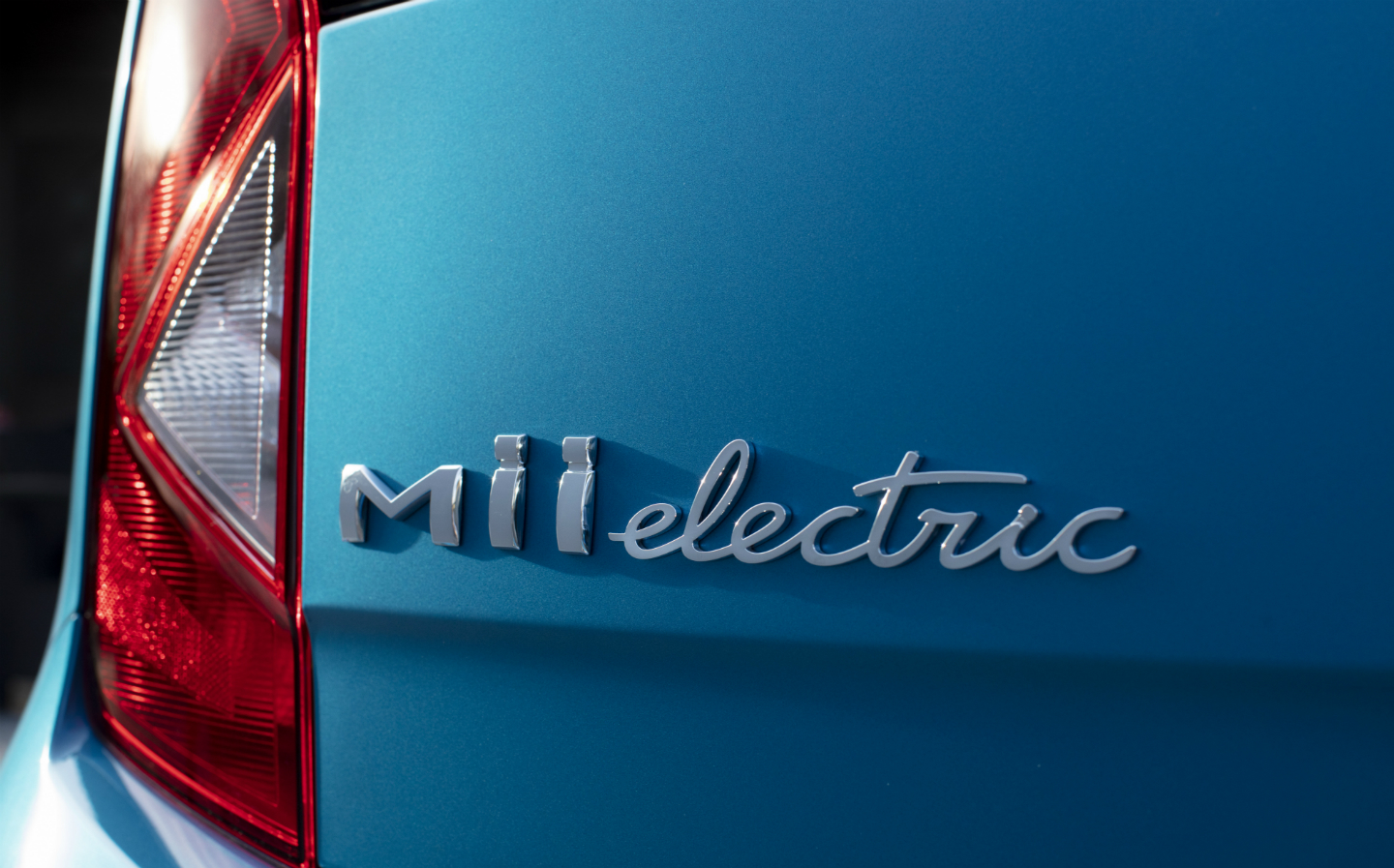 By James Allen
Share Article
An impressive first effort, but it won't be for everyone
At a glance
Pros
Extremely easy to drive
Decent range between charges
Lots of equipment as standard
Cons
Pricey for a city car
Dated interior
Battery weight affects braking and handling
Specifications
Cars > SEAT > Mii

IT SEEMS Seat has taken to heart the phrase “big things have small beginnings” with its electrification strategy. While the Catalan contingent of the Volkswagen Group has pure-electric hatchbacks and plenty of plug-in hybrids on the way, the vehicle that will pave the way is the most petite of its current line-up: the Mii city car.

So crucial to Seat’s electric vehicle (EV) plan is the Mii, that petrol engines have been withdrawn completely. If you’re in the market for a brand-new Seat Mii, your only option now is the battery-powered Mii Electric.

Not that you’d imediately tell this as a pure-electric car just by looking at it. Bar the discreet “electric” badging, the unique 16in alloy wheels and the textured dashboard trim (which helps to liven up a cabin that’s feeling a bit long in the tooth), there’s very little differentiating this version from the discontinued petrol-powered models. Even the front grille has been left as is; Seat opting not to cover it up with extra bodywork (as was done with the Mii Electric’s sister car, the Skoda Citigo iV).

It’s only apparent there’s an 82bhp electric motor under the Mii’s bonnet when you start driving it. There’s no thrum and buzz of a three-cylinder engine firing into life when you turn the key — it doesn’t come with a starter button, strangely — and you pull away in almost complete silence.

Perhaps unsurprisingly, the Seat Mii Electric feels right at home in the hustle and bustle of the urban jungle. Bar the blind spots from the front and rear pillars that are a bit on the chunky side, overall visibility is very good, and the combination of a tight turning circle and extremely light steering made threading the Mii Electric through the streets of central Madrid on out test route a doddle. Plus, the novelty of pulling away from the lights so quickly in such a small vehicle (the motor’s 156 lb ft of torque is on par with turbocharged petrol engines from cars in the class above) never gets old.

While the torque means the Mii Electric can keep up with traffic, and even overtaking on Spain’s autovias isn’t a problem, the Seat does start feeling out of its comfort zone on the open road. Wind noise in particular becomes very prominent when you take the car above 60mph (likely accentuated by the fact there’s no petrol engine to drown it out) and, while the ride quality is fairly good, larger bumps did unsettle the Mii Electric at motorway speeds.

The cause of that is likely the considerable amount of weight just ahead of the rear axle, in the form of a 36.8kWh battery pack installed underneath the rear seats. At 1,235kg, the Mii Electric isn’t an exceptionally heavy car, but it is a bit tubby in comparison with the 936kg petrol-powered Mii it replaces.

You can certainly feel that extra weight when braking and cornering. Though body lean through the corners is admittedly well controlled, there’s a real sense of inertia when turning that comes with having nearly a third of a tonne’s worth of battery almost directly above the rear suspension. Likewise, while the Mii Electric slows down quite quickly when the regenerative braking system is engaged, it’s best not to be the last of the late-brakers when you’re approaching junctions and roundabouts.

At least the range held up well during our time behind the wheel. After a mixed route of motorways, faster roads and city driving covering around 37 miles, our test car had just under half of its charge remaining, with the onboard computer suggesting there was still enough juice in the batteries for another 62 miles of driving. Based on our day’s driving, the official 161-miles range doesn’t seem that unrealistic.

Also good is the amount of kit crammed into the Mii Electric, with features such as heated seats, cruise control, rain-sensing wipers and lane keep assist all coming as standard, It’s no wonder, as even with the £3,500 grant for new electric cars applied, the battery-powered Mii starts at a not-inconsiderable £19,300. Because producing the batteries is still an expensive business, electric cars are often sold in high specifications so that drivers are getting something for their money.

As a result, even with its VED exemption and running costs, the Seat Mii Electric is a difficult car to recommend over conventionally-powered city cars. Compare it with other EVs of its size, though, which probably can’t go as far (we’re thinking of the Smart EQ ForTwo, which costs nearly as much but has half the range), the Mii Electric looks like a better prospect. And the VW e-Up”, the Mii Electric’s other sister car, is a couple of grand dearer, So, as an option for buyers who are after a zero emission second car (or a first car) it could suit.

The Seat Mii Electric won’t be the car that convinces motorists to convert en masse to EVs. But, to borrow another phrase about small beginnings, it’s an admirable first step for Seat into a larger world.