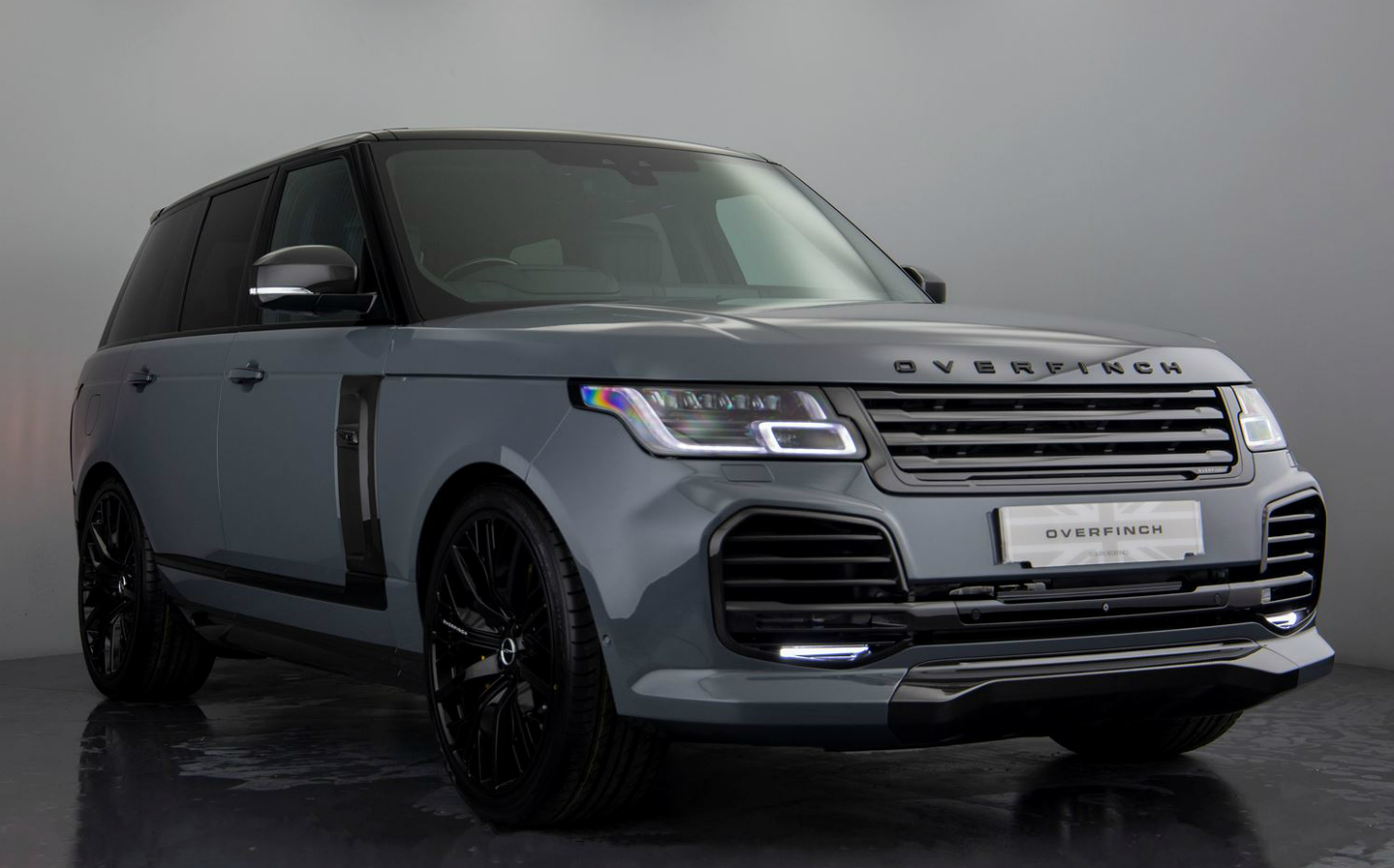 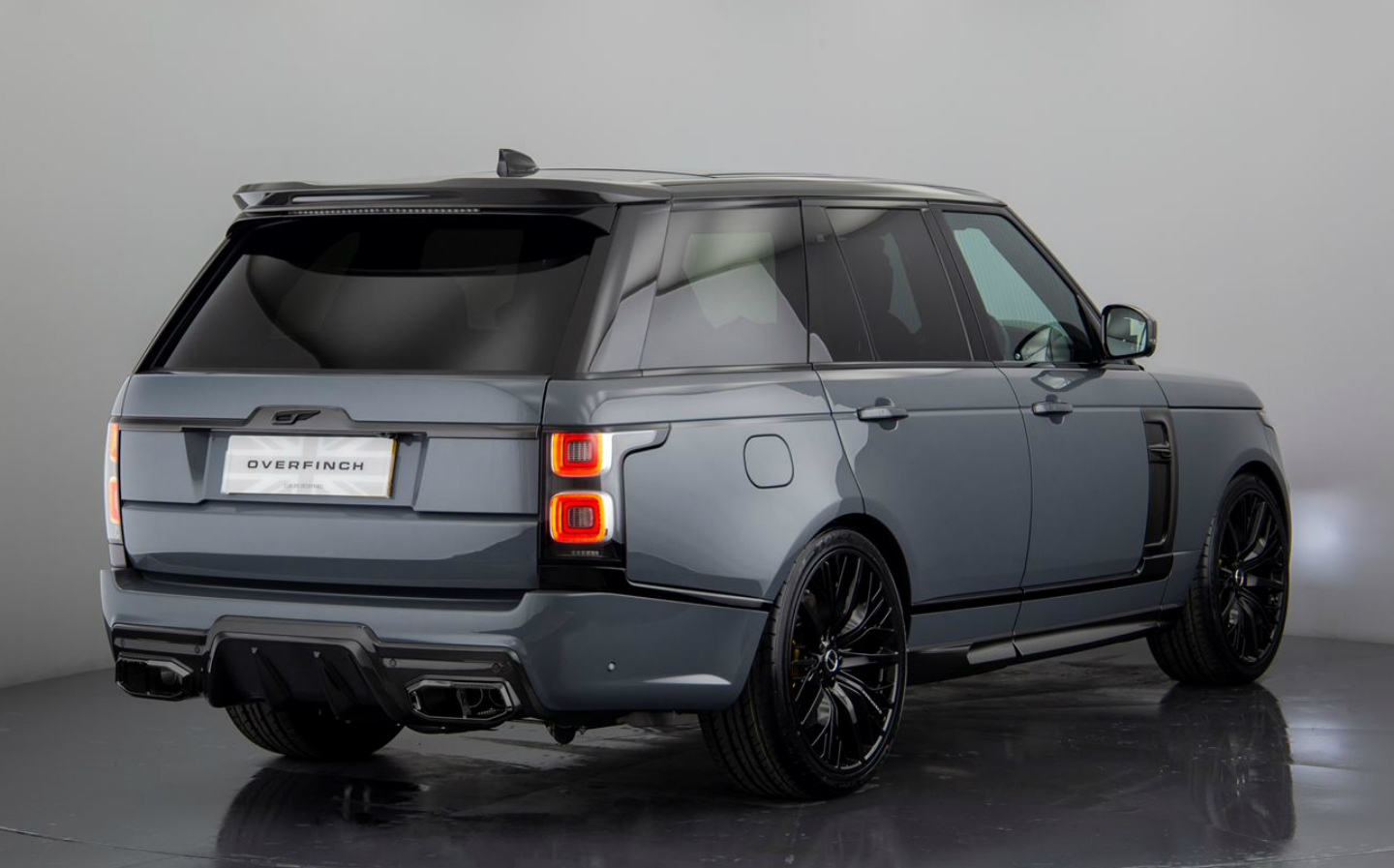 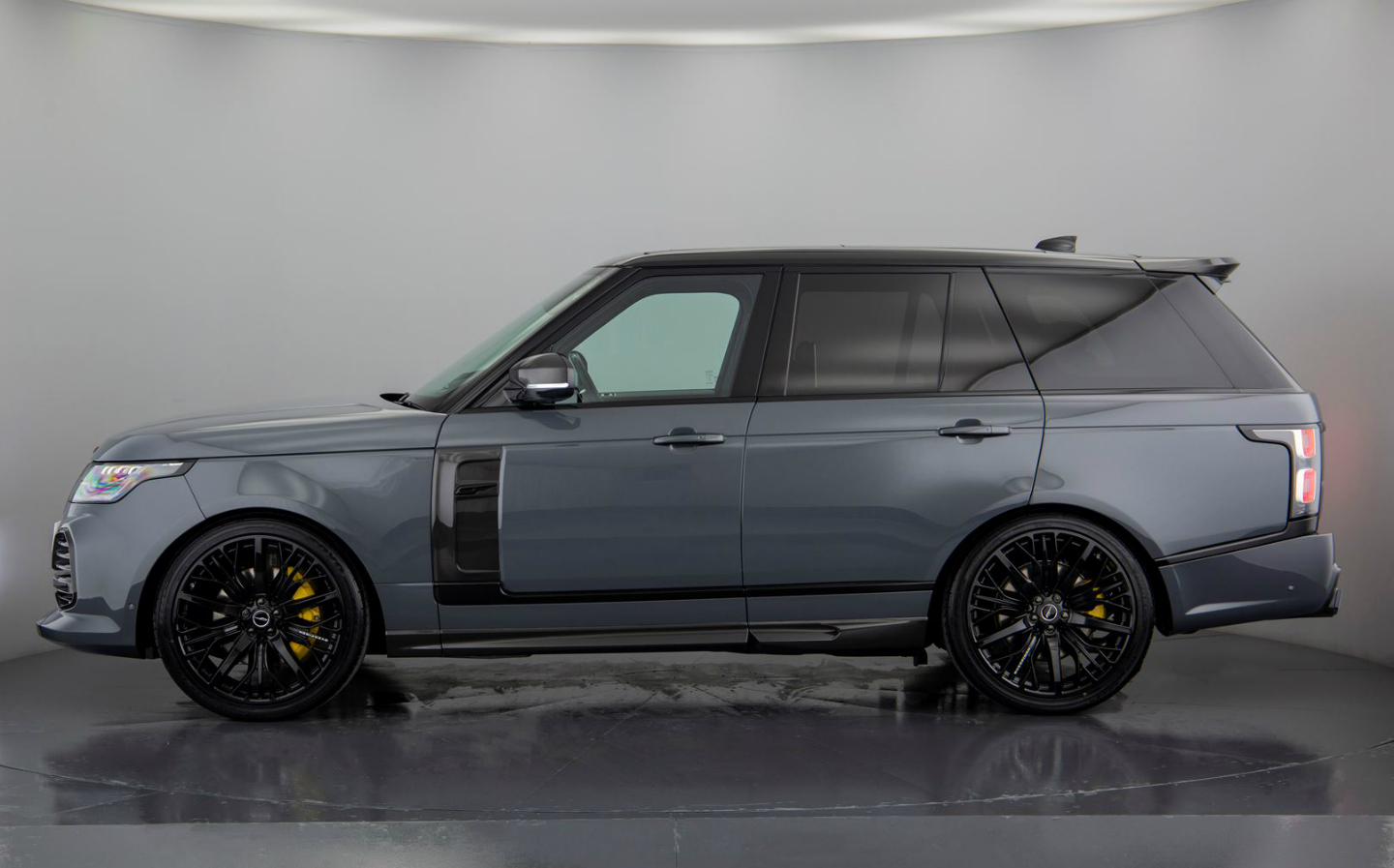 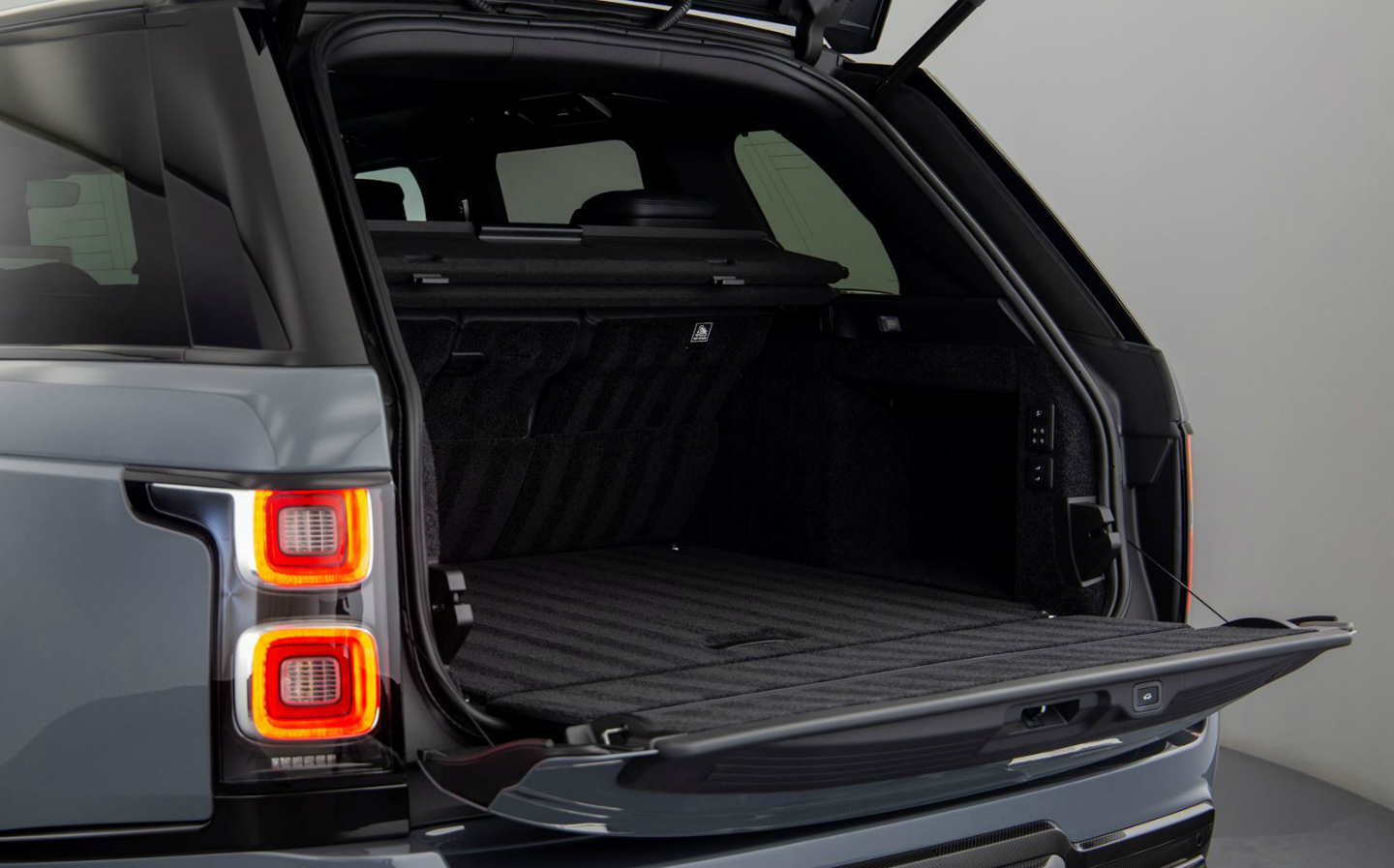 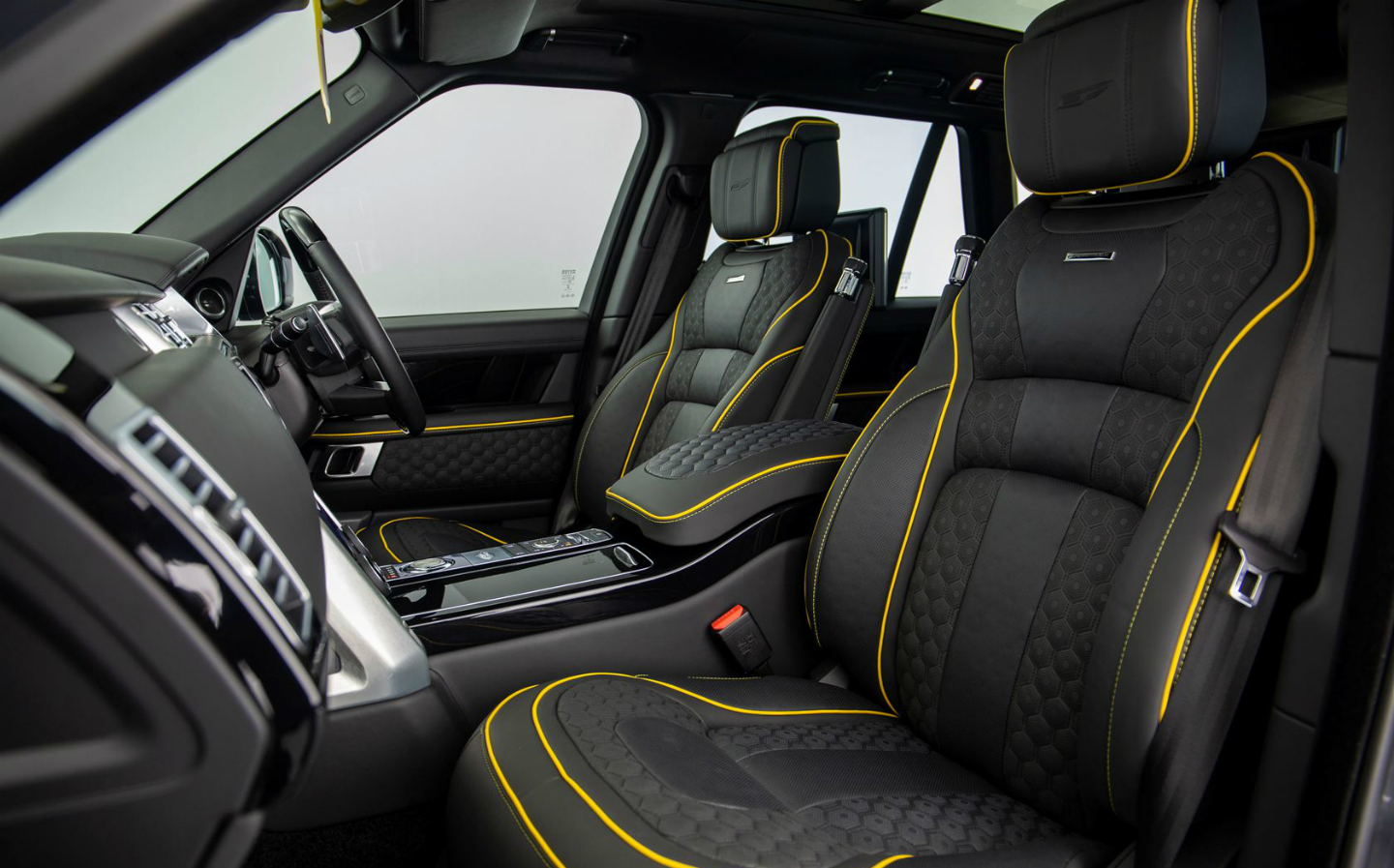 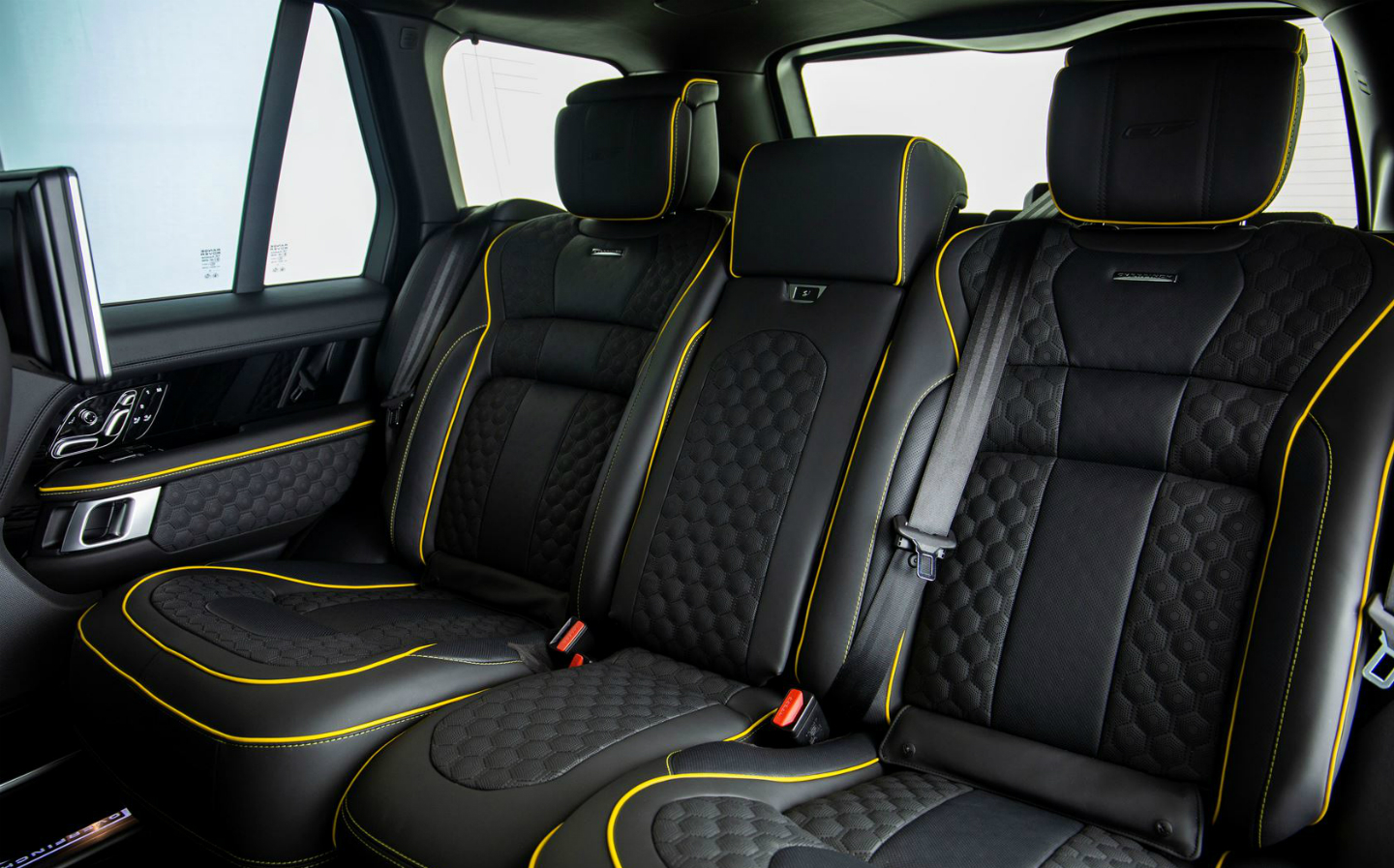 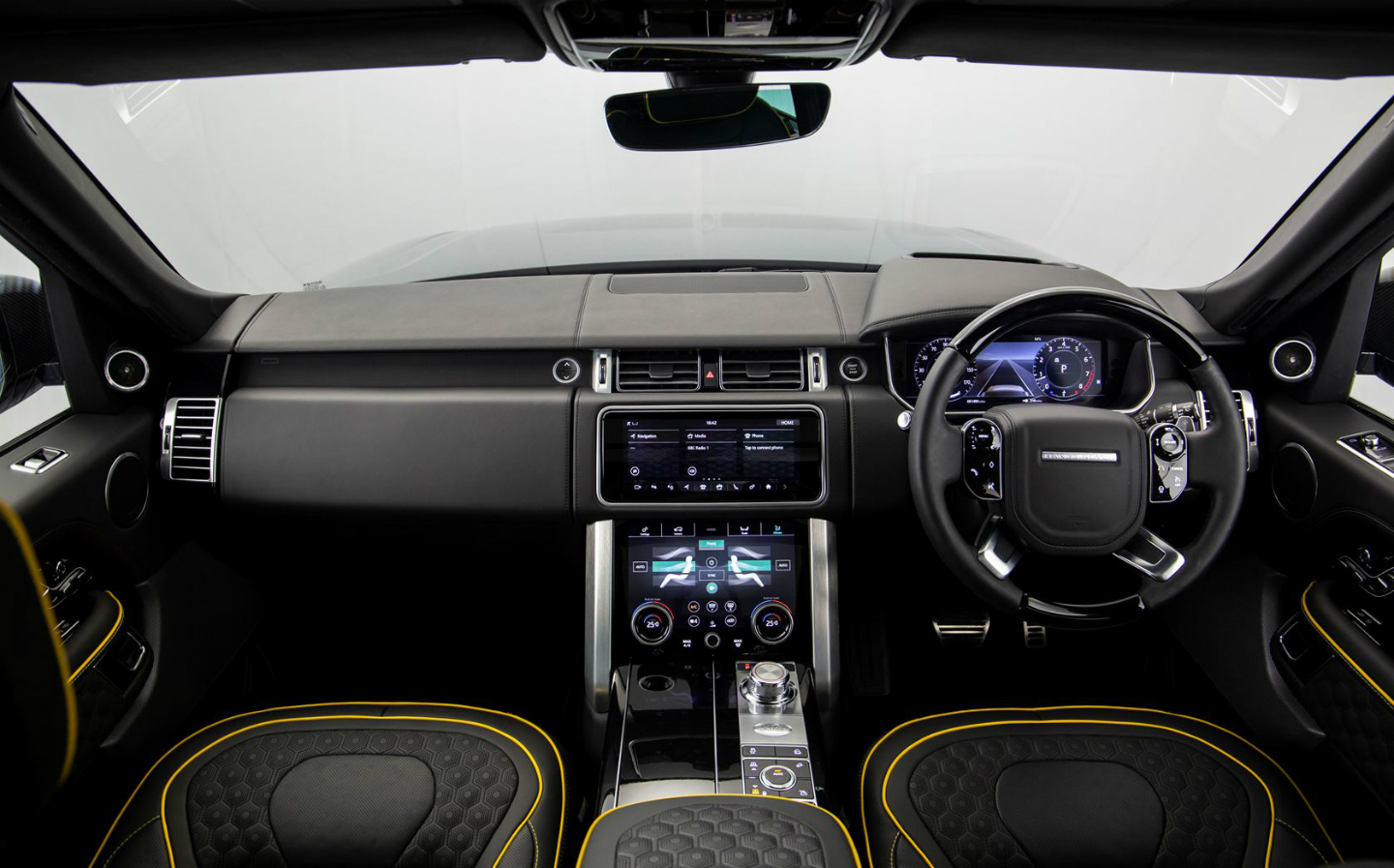 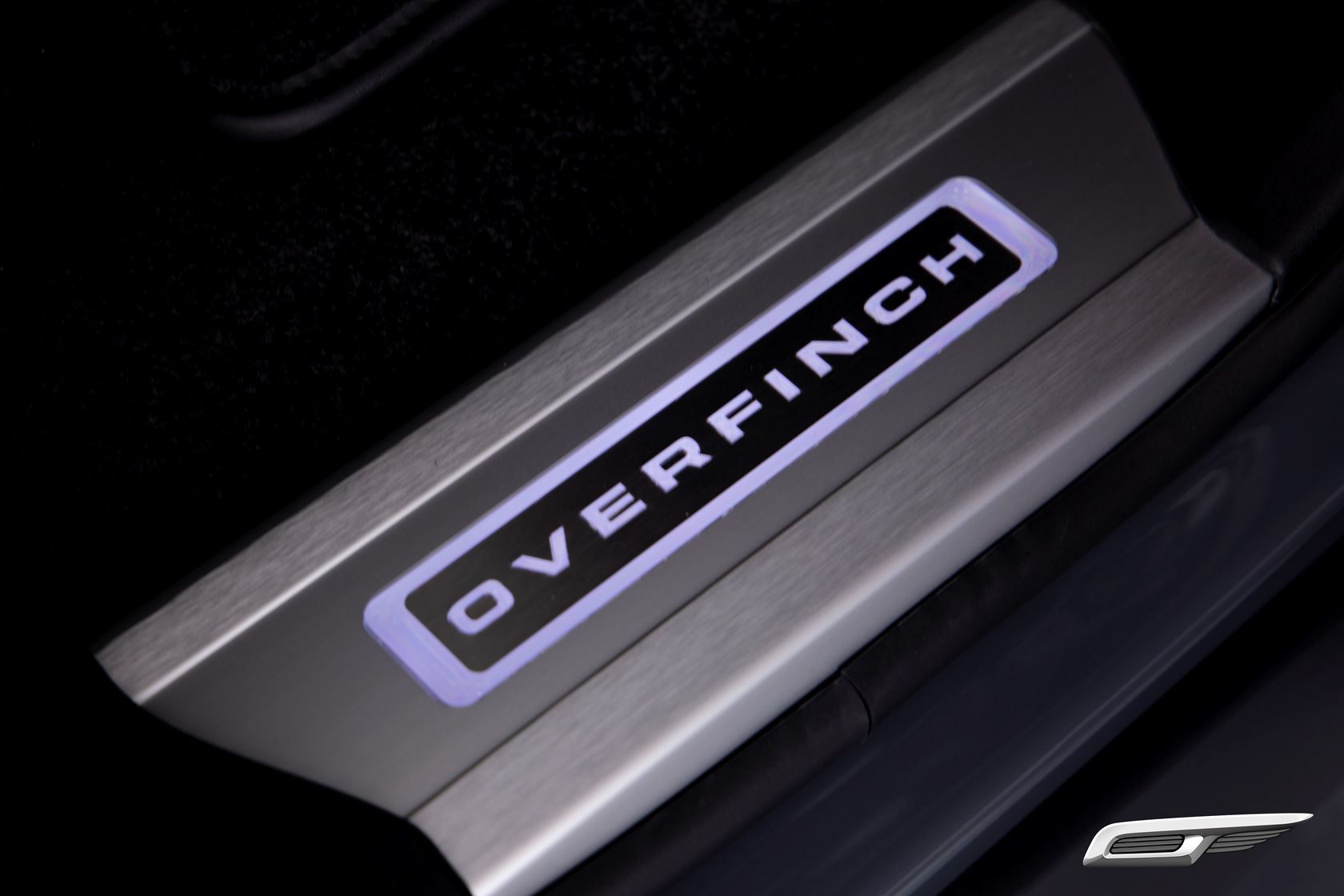 By Richard Porter
Share Article
Like a Range Rover, but more extravagent
At a glance
Pros
Beautifully appointed inside
Very exclusive
Lovely to drive
Cons
Bodywork add-ons may split opinion
Lots of luxurious SUVs to choose from at this price point
Is it £100k better than a regular Range Rover?
Specifications
Cars > Land Rover > Range Rover

FOR 35 years Overfinch turned Range Rovers into pumped-up, plumped-up versions of themselves. Imagine Popeye after a can of spinach. Then the company went bust, presumably because there weren’t enough oligarchs or footballers in 2010 to sustain a company selling big SUVs that drove like runaway cathedrals. Now — a sign of the times — the company is back.

These days Overfinch does not shoehorn muscular American V8 engines under Range Rover bonnets — once its stock in trade. Land Rover — which makes Range Rovers — installs steroidal engines of its own.

So the new Range Rover “reimagined by Overfinch” has a factory-made 5-litre supercharged V8 producing 518 brake horsepower, and you’d have to be a special kind of impatient to think it needs any more.

Besides, a modern car engine is governed by a digital brain that talks constantly to the gearbox, the stability control system and myriad sensors. The slightest tampering is going to throw up a warning light. The full-on tantrum that would result from the car discovering it had a 5.7-litre Chevrolet engine doesn’t bear thinking about, which is why Overfinch has been entirely sensible in leaving it alone.

It has been similarly prudent with the chassis, mindful that Land Rover has a multimillion-pound development budget and it doesn’t, which is why the suspension is as it left the factory.

In all technical aspects, it seems Overfinch has not so much “reimagined” the Range Rover as simply imagined the horrible, dripping driveway ornament that could result from messing with Land Rover’s carefully developed hardware and sensibly decided to step back from the tool cabinet.

There’s a new switchable exhaust that brings some crackle and roar to higher revs, but otherwise this Overfinch is a standard 2019 Range Rover Autobiography. With 23in wheels — an inch larger than any that Land Rover offers.

Well, now, hang on, you might think: new wheels and a fruitier exhaust is not much to justify a £205,000 price tag, when the standard Range Rover in Autobiography trim costs about £103,000. But Overfinch has made significant changes to the bodywork. Some will regard them as appealingly distinctive, while others, admittedly, may see them as, for want of a better description, bling.

There are new bumpers, a new grille, shiny exhaust tips, a bigger roof spoiler, vestigial side-skirts and new door-mirror cases. The look is very much carbon fibre with a glossy exposed weave.

Inside the cabin, Overfinch customers can request soft, diamond-quilted leather or ostrich skin. The company will do its best to accommodate other options, for customers hankering to have a different animal peeled and applied to the inside of their car.

As with other luxury products, the emphasis here is on “heritage” and “branding”. The carbon-fibre bumpers are made by the Prodrive racing team, some of the other trimmings come from the place that supplies carbon fibre to McLaren, the leather is of the finest grade from the Renfrewshire outfit Bridge of Weir and the badges on the bonnet are made in Birmingham’s jewellery quarter, just as they are for Aston Martin.

ll seems well with the world when you drive a Range Rover, and the Overfinch doesn’t spoil that feeling.

Before you say, “Hold on — I don’t want any of those things,” remember that some people do, and that’s what makes reviewing this car so difficult. Sizing up a vehicle for its performance and practical qualities is straightforward. You can tell people if a car has flabby handling or a wheezy engine or if there’s not enough space in the boot or in the back.

But this Overfinch is, in all those respects, just like the much cheaper Range Rover it’s based on, and the 2019 Range Rover Autobiography is a lovely car. It’s quiet, it’s comfortable, it’s plenty quick enough and, like all Range Rovers, it feels rather special, thanks to the combination of a high floor, a lofty roof and huge windows. You feel secure and commanding at once, as though you were standing on a balcony looking out across a city.

No other SUV manages this, and it’s what makes these big beasts so appealing. All seems well with the world when you drive a Range Rover, and the Overfinch doesn’t spoil that feeling. What makes it different is the trimming, which is a matter of taste — and harder to review.

It’s easy to sneer at what Overfinch does, but about 250 people a year in the UK alone disagree and happily spend the cash to have a Range Rover that stands out on Kensington High Street. They’ve probably got a second Range Rover for Dubai. And, oh, go on, then, one for the place in Miami.

That, apparently, is the world of Overfinch customers. They wouldn’t have an off-the-peg suit or a generic yacht or a house built to someone else’s plans. And they wouldn’t have a car that looks like every other Range Rover in Monaco.

This is where the new generation of Overfinch differs from its forebears. Those overengined nutter Rangies of old felt as though they were designed for adrenaline junkies. The new generation seems to be designed for people who want to make it clear that they’ve got something out of the ordinary and the cash to pay for it, which probably says something or other about where the money is in Britain today.

Anyway, if you’ve got it and you want to flaunt it, here’s your car.

Richard Porter is script editor of The Grand Tour.