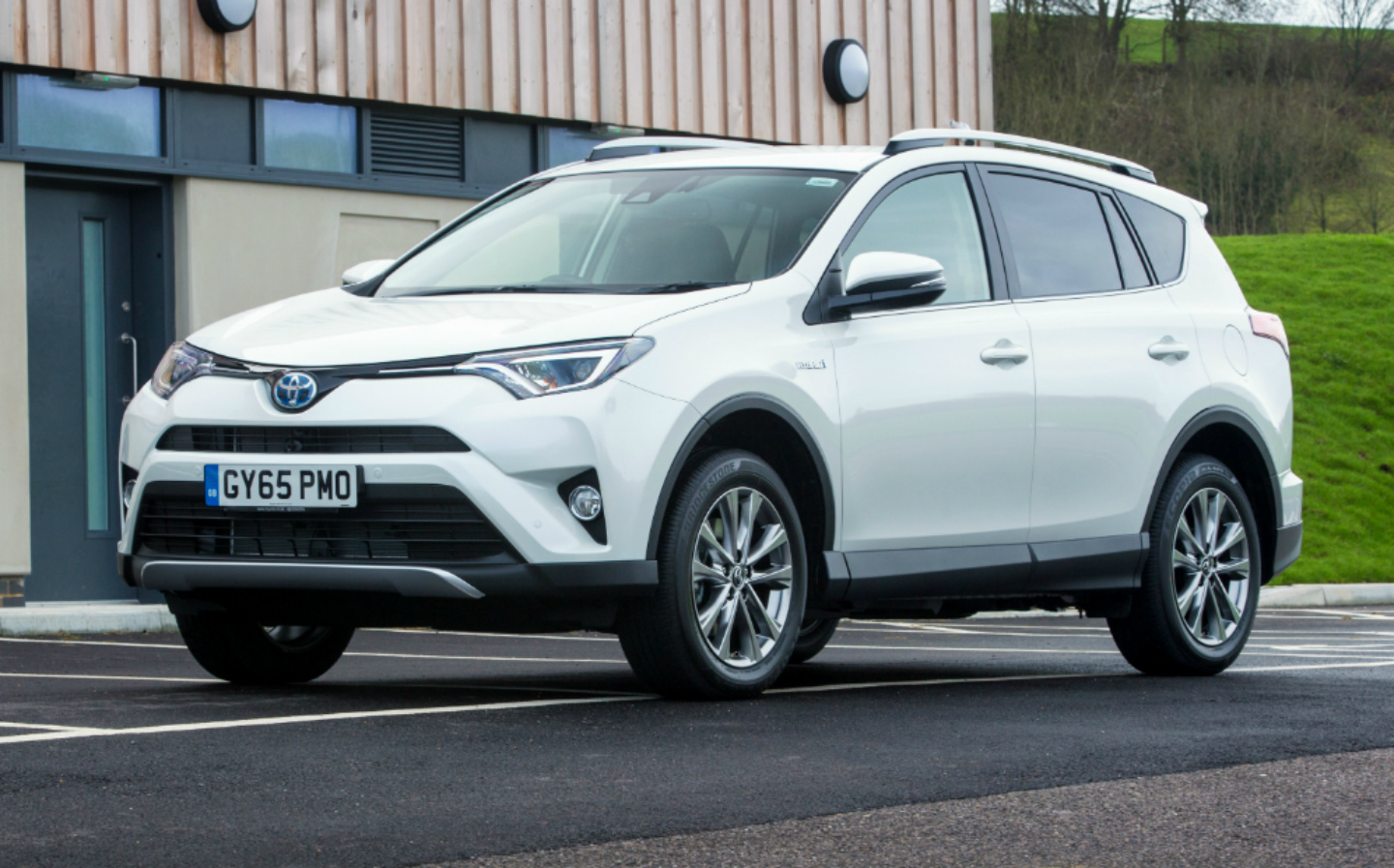 ONCE UPON a time, the RAV4 was a bit of a rebel. With its surfer-dude vibe and fun-to-drive attitude, it shook off Toyota’s grey cardigan image, appealing to younger drivers who viewed conventional hatchbacks and saloons with the same sort of disdain they’d show for their parents’ record collections.

That was way back in 1994, when Blur and Oasis were getting into verbal spats, Sony launched the PlayStation, Loaded lads mag stirred up controversy and the Channel Tunnel gave rise to that cultural high point in continental travel, the booze cruise.

Much like the drivers that buy SUVs these days, who have probably got married, had children and taken several steps up the property ladder, the latest 2016 RAV4 range has grown up. It’s larger, plusher and can now be bought with Toyota’s signature tech: hybrid.

And it really is Toyota’s signature. Last year, every fourth car sold by the Japanese car maker was a hybrid. That means over 26,300 were parked outside British homes.

In the case of the RAV4, the hybrid badge on the boot means there is a 2.5-litre, four-cylinder petrol engine that somehow performs a synchronised driving routine with an electric motor through the dreaded continuously variable automatic transmission (CVT). The combined output of the pair (using a nickel metal-hydride battery) gives the RAV4 four-wheel drive and 195bhp, which sounds ample.

The appeal of a hybrid is easy to see, on paper. It’s possible to drive around town on battery power alone, not only progressing in silence but also belching out fewer nasty Nitrogen Oxide (NOx) emissions into the faces of children at exhaust height.

So far, so goody two-shoes. But a glance at the RAV4 hybrid’s stats will have most drivers of family SUVs doing a double take. Fuel consumption of 55mpg (on the combined cycle) isn’t much to write home about. And the CO2 emissions (which affects tax) of 118g/km aren’t all that, either — a diesel-powered Nissan Qashqai can return 61mpg and emits 120g/km of nasties. Even Toyota’s own RAV4 diesel, the D-4D, manages 60mpg and 123g/km.

Toyota has had since 1997, and the first Prius, to perfect hybrid to the point that it makes diesel redundant. What’s going on? Perhaps the hybrid make a stronger case for itself on the road?

Things go rapidly downhill from the moment the RAV4 hybrid silently pulls away using its electric motor. Compared with a plug-in hybrid, the battery and motor are pretty puny.

Progress is made at a snail’s pace, at which point you shove the accelerator into the carpet and wait for something to happen. Anything. Some time later — about the time it takes for a NATO strike force to be mobilised — the gearbox wakes up, the engine revs scream and the two power sources have joined forces.

The anti-climax is spectacular. As the SUV has grown older, so, it would seem, has its midriff expanded. It weighs 1,785kg — about 250kg more than a diesel model. And at all times, things feel as there’s a dead weight being dragged along.

With so little torque low in the rev range, too much noise when you step on the gas, the hybrid experience proves wearisome. And during its time on test, it returned 40mpg.

That’s before we get to the best bit of all, the steering and suspension. The former is vague and unresponsive, the latter is harsh and unsettled. The rear suspension, in particular, sets the car thumping and shuddering as though the wheels have fallen off, and has passengers visibly wincing.

The rest of the RAV4 package is practical, family-car fodder. It will seat four people in comfort, five at a pinch, and has a pair of Isofix mounts for child seats in the back. The 501-litre boot is a good size, although with the back seats folded there’s an annoying ridge that robs it of space.

The dashboard and driver environment are let down by poor graphics for the infotainment system. Someone at Toyota should take a look at an Audi, BMW or Volkswagen to see how it’s done.

With a diesel engine under its bonnet, the RAV4 is a perfectly good SUV – one that comes with a five-year warranty at that. And the company can get hybrid right; the Lexus RC 300 hybrid, for example, is a pleasure to drive.

I can think of all sorts of things I’d rather do than drive a RAV4 hybrid, like stand in a queue, only for the counter to close. If you’re buying a family SUV, look elsewhere.