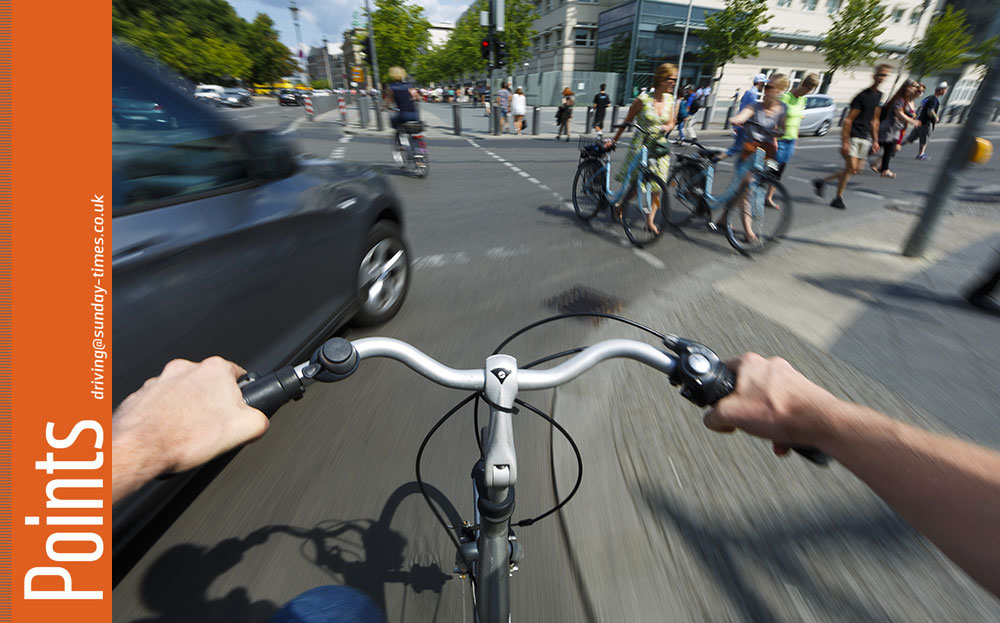 Seen recently: a tipper truck signalling a left turn, “Cyclists beware” stickers displayed and a loud warning synched with indicators — yet still a head-down Lycra-clad male rider zoomed past on the nearside (“Law unto themselves”, Points, last week).

I used to cycle to work on park paths shared with pedestrians. While there is no keep-left rule, I still tended to the left when meeting anyone cycling towards me. They — particularly the young — would proceed left, right, straight at me or a mix of all three. A fellow commuter said: “Well, they’ve never cycled on roads.”

Land Rover fears owners suing if its sat navs display the wrong speed limit (“Limited options”, Points, last week), but Nissan does not seem to share its concerns. Our Qashqai shows the speed limit on its dashboard display — based, I understand, on “reading” speed signs via a camera, supplemented by sat nav data. I can also have it display my current speed digitally in large figures, easily seen without having to take my eyes off the road. Both very useful features in a well-designed car.

The authorities place easy-to-read-and-understand signs at the side of the road indicating the maximum speed limit in the area. A scan of the Highway Code will help your correspondent grasp both the signs and speed limits. 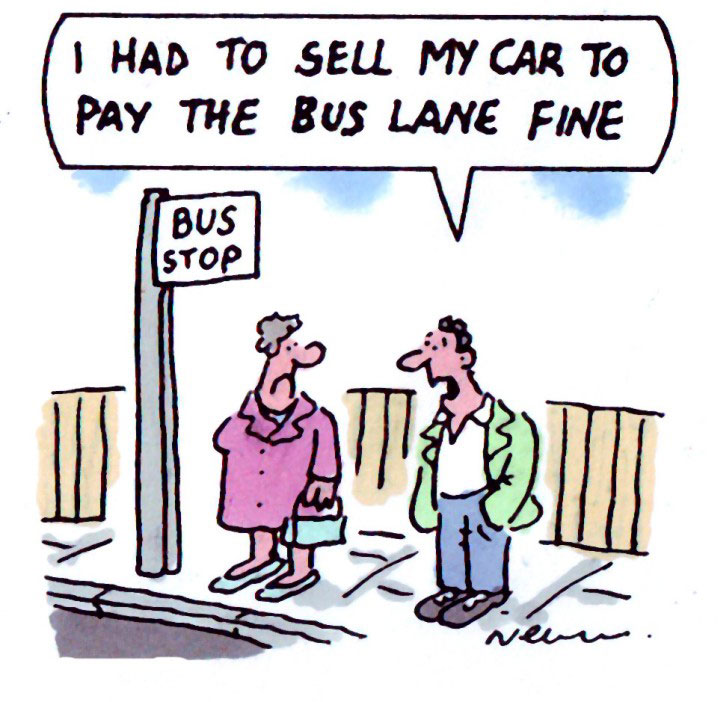 Ms Haigh, chief executive of Greener Journeys (“On the buses,” Points, last week), should appreciate that more restrictive bus lanes and fewer buses to use them can cause more congestion, not less, because other vehicles have less road to use. Let’s keep Britain’s traffic moving.

My sympathies are with those receiving penalty charge notices for bus lane infringements (“Emergency dash”, Points, last week). We may get to the situation where drivers refuse to move lanes for an emergency vehicle through fear of jobsworths’ revenue-generating techniques.

You are not obliged to allow an emergency vehicle to pass if it would cause you to commit an offence. If the bus lane is free, the ambulance can use it. I doubt the service would have to pay a fine.

Here’s a tip for those who don’t like bus lane penalties: stay out of bus lanes. If you think the notice is unfair, you can appeal.

A cherished numberplate does not belong to the car, as Jim Scott says (“Personal loss”, Points, last week), but to the Driver and Vehicle Licensing Agency. It is the right to use it that is purchased.

I’ve just got back from Sicily, and the problem isn’t Italian drivers; it’s our expectations that they will adhere to our quaint habits such as obeying give-way signs and the like (“Sandwich filler”, Points, last week). After a few days I knew that when a driver was reversing out of a nose-to-kerb parking place he wouldn’t do anything as tedious as stop and look.

I hope I am not within a few hundred yards of Andrew Tillman when he is getting full value for money as he drives with brakes that are 99% worn and coming within a few miles of what he believes is the time for replacement — when they reach zero effectiveness (“Give me a brake, Mazda”, Points, last week).