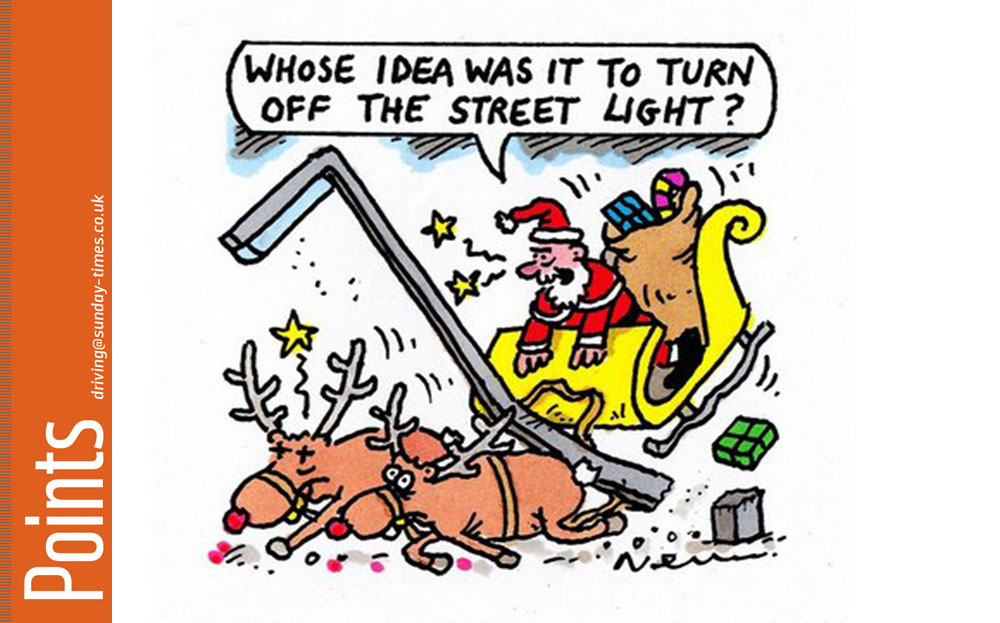 I am one of those who do not like electric handbrakes and would not buy a car with one (“Back to basics”, Points, last week). Twice, in different vehicles, a cable-operated handbrake has saved me from a serious accident after hydraulic failure. I asked about emergency handbraking once when I was given a courtesy car with an electric handbrake — I was told that it could not be engaged above 20mph.

Similarly, I would not buy a car without a spare tyre of some sort.

Do car manufacturers survey their customers? Nigel Glennie and I cannot be alone in deploring the lack of ignition key, lever handbrake and a full-size spare wheel. There will always be some prepared to pay for a box of tricks on wheels, but surely for many simplicity trumps complexity.

Recently I used the emergency tyre inflation kit supplied with my Mazda3. My local Mazda agent, to my astonishment, told me a refill of the latex compound solution would cost more than £96, plus VAT. Apparently Mazda will sell the solution only as part of a kit, which also comprises a connecting hose. Instead I’ve bought an emergency inflation aerosol from another supplier for £8.50.

We recently had to pick up our daughter’s car from the garage because she was at work (“Key element”, Points, last week). I drove there in our car, which has keyless ignition and stop-start technology, and left it running while my wife got into the driver’s seat. She then drove our car to my daughter’s house while I waited at the garage for the other vehicle.

When I eventually returned to my daughter’s house, my wife had a look of shock on her face. She had driven two miles through three sets of traffic lights using the stop-start function as normal. Which is fine — except that the keys were in my pocket.

Richard Brown writes about how dashcams shouldn’t legally intrude into wiper-covered areas. (“Dashcam wipe-out”, Points, last week). What about the hundreds of thousands of sat navs positioned by idiots in the middle of the screen, creating big blind spots?

Richard Brown could remove his Dart tag if it is blocking his windscreen. The system uses numberplate recognition now.

The aluminium (trade name Birmabright) was a newly developed postwar alloy that had the right specification for the primitive tools available to rush the car into production in just 10 months. And the sage-green paint used for the first Land Rovers was a standard Rover car colour.

Having taken a Land Rover Defender up a Scottish mountain, Pat Malone and Allan Crow are to be congratulated for showing those of us who enjoy wild places and like to walk in them that we are wasting our time, when we could drive across them instead.

Until reading Heather Strallen’s description of putting gin in her car (“Gin with ice”, Points, last week), it never occurred to me that it might not always be the driver that needs breathalysing.

Many thanks for the article on cold-weather topless motoring. May I respectfully ask you to add to your list the Mercedes-Benz E 350 cabriolet? The seat heaters and cabin air flow are very effective at keeping me warm but the pièce de résistance is the air flow onto my neck from the headrest — magic! And, of course, the car drives beautifully.

I, like many others, live in a county where council managers, in their wisdom, have decided to turn off street lighting between the hours of 1am and 5am to save money. I am amazed at the number of felled lampposts and flattened traffic islands, whose replacement, no doubt, costs taxpayers much more than the savings made by switching off the lights. In addition, all motorists will be paying increased insurance premiums to cover the cost of repairs to the cars that hit such objects.

You stated there were problems with Takata airbags, which were fitted in some Mazda cars. I contacted Mazda and its reply was that my car was fitted with airbags manufactured by Ashimori Industry of Japan. Are these safe?

Ed: Ashimori and Takata are different companies; there is no known safety issue with Ashimori airbags. The only Mazdas fitted with faulty Takata airbags are versions of the 6 car built in 2002-03. Affected owners should have received a letter.