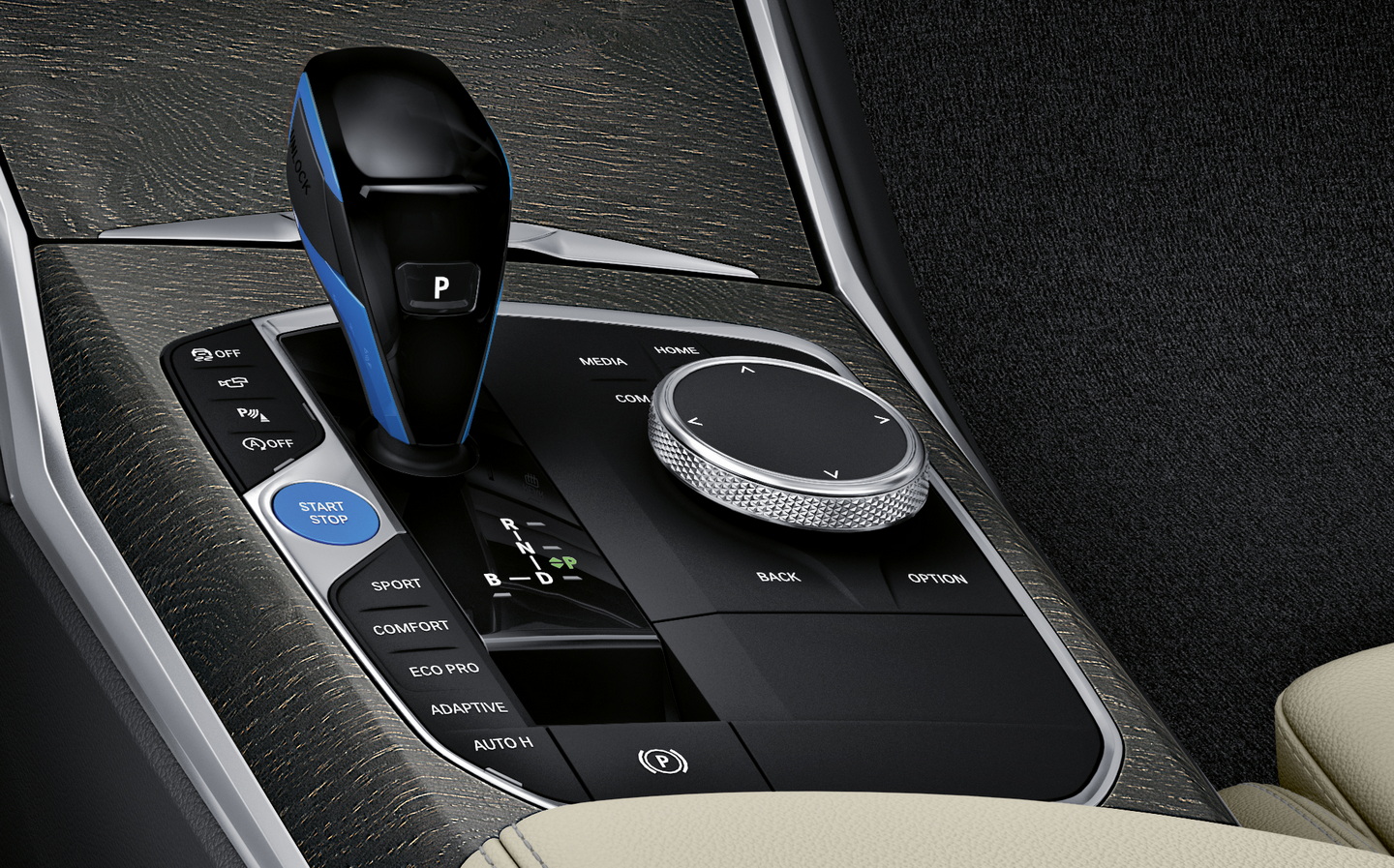 THE VAST majority of electric cars, by their nature, don’t have gears.

Internal combustion engines are only capable of operating at their most efficient and delivering adequate torque within a relatively narrow rev window. They therefore need a system of gears in order to help match the engine speed to the speed of the wheels and to find that efficiency balance.

Electric cars don’t actually require such a set-up as electric motors are extremely efficient with a very wide power band. They produce peak torque from zero revs per minute, which means instant and brisk acceleration with no requirement for a clutch as stalling isn’t an issue.

Given that electric motors can spin at up to 20,000rpm and most road wheels — for a variety of reasons — cannot, most electric cars will use a single reduction gear and differential to govern the relationship between the electric motor and the wheels. The majority of electric cars, thus, have just one gear and are neither manual nor, technically, automatic (though many people refer to them as such, for simplicity’s sake).

Can electric cars have gears?

Yes, it is possible for electric cars to have more than just single-ratio gearing.

In 2007, a fledgling Tesla Motors attempted to use a two-speed manual gearbox in its debut Roadster model. A number of the pre-production prototypes used a system without a clutch pedal but with a manual shifter allowing the driver to select between first, second and reverse gears. Such a gearbox meant that the Roadster could, theoretically, accelerate from 0-60mph in four seconds.

Ultimately, the technology wasn’t sufficiently advanced at the time to allow Tesla to offer such a transmission with the reliability required for a production car, and the idea was dropped.

Initially, the single-ratio gearing (courtesy of BorgWarner) on production Tesla Roadsters was meant to be temporary, while the technology was perfected, but the single-speed stayed. Consequently, the car had a slower 0-60mph time than was initially predicted.

Renault did, for a time, use a two-speed manual gearbox in its Formula E cars, but has since ditched it for a single-ratio set-up.

Recently, however, Porsche fitted a two-speed automatic gearbox to its Taycan model (above). Porsche’s transmission offers maximum acceleration in first gear, staying in that ratio for quite a long time before shifting into second gear for high-speed cruising. In everyday driving modes though, second gear is the only one used as it’s the most efficient.

Transmission manufacturer ZF has also developed its own two-speed electric gearbox and as a modular construction it could in future be used by a whole range of manufacturers.

Can electric cars have clutches?

There’s no logical reason for an electric car to have a clutch. After all, a clutch is generally needed for engaging and disengaging the drive, allowing motorists to change gears and preventing the car from stalling. That said, many keen drivers are still attached to the idea of a manual gearbox, and while it might be illogical, it’s certainly technically possible.

Clutches and manual gearboxes are most commonly found in classic cars that have been converted to run using electric powertrains.

British EV converter Electrogenic tends to favour this combination, connecting the electric motor to a clutch and often allowing cars to retain their original manual gearboxes.

Drivers can set off in any of the gears and shift up or down using the clutch. Electrogenic’s Steve Drummond told us: “You tend to drive around in third if you’re feeling relaxed, fourth on the motorway, second if you want to squeal the tyres and first if you want to destroy them.”

The clutch is not required when pulling away from standstill or coming to a halt, though, which is an unusual sensation for anyone used to driving a manual petrol or diesel car.

While not all classic EV owners want to retain their manual gearboxes, Electrogenic has done a number of conversions keeping the manual in place, including a Triumph Stag and Porsche 356. The company has also converted Land Rovers, connecting the electric motor to the clutch, allowing the retention of all the gears including the high and low ratios needed for off-roading.

Ultimately, however, clutches and old-fashioned manual shifters are set to remain an enthusiast interest and it’s most likely that the electric cars of the future will, as now, feature smooth, efficient single-ratio set-ups or, perhaps in higher-spec models, two-speed transmission such as those developed by Porsche and ZF.