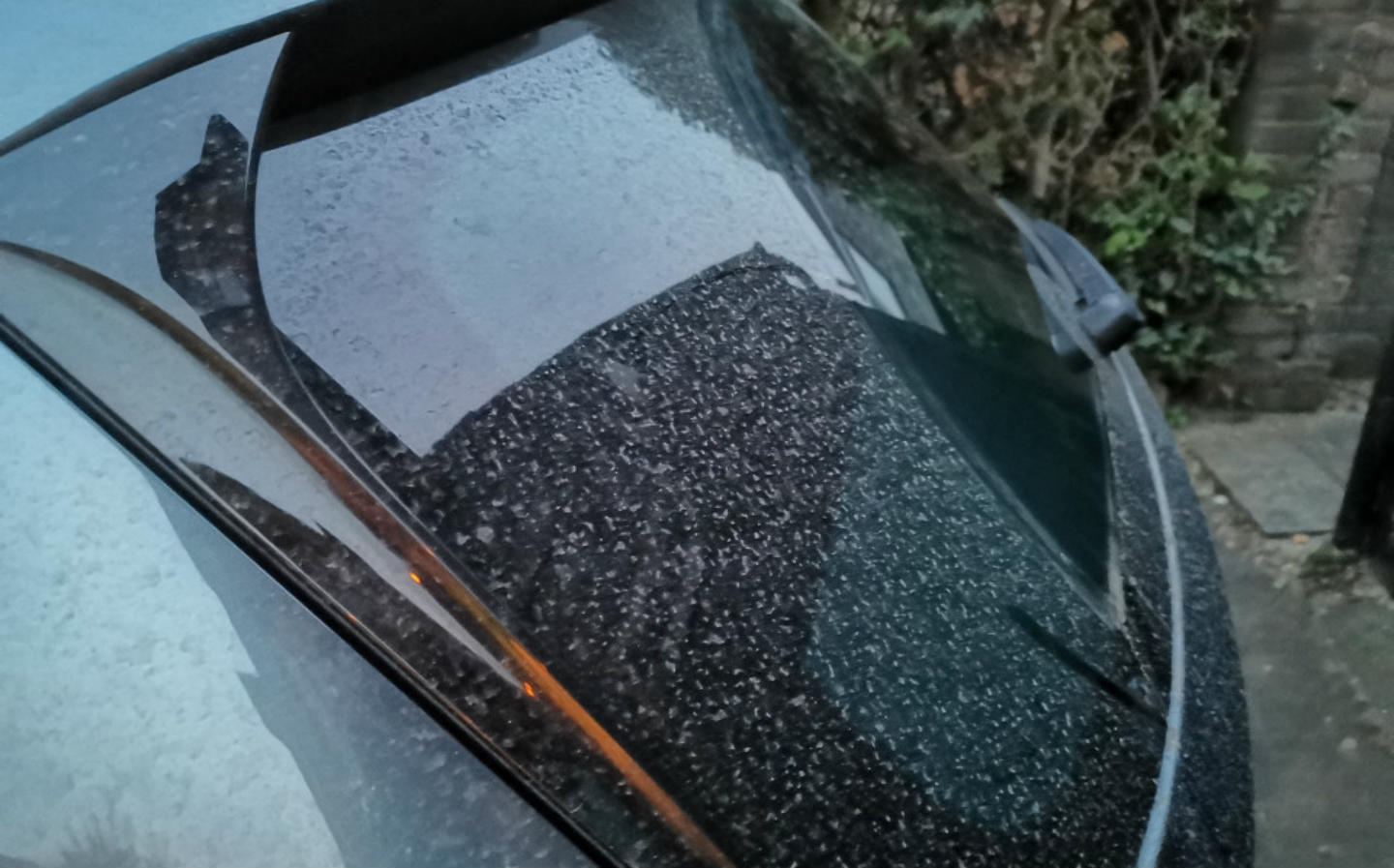 THE WARMEST Easter Monday on record brought not only temperatures reaching 25C (77F) but also mysterious deposits of dust that covered cars across the country overnight on Tuesday and during Wednesday.

The dust was carried in the air from the Sahara before being deposited in rain showers, with the sandy droplets known as “blood rain”.

For us here in Britain, blood rain is not only an overly ominous name but also inaccurate; in the UK, it’s rare for the downpour to be turned red by the dust. In most cases, the raindrops look normal as they fall from the clouds, with their sandy contents only being revealed when the water has evaporated.

In these small quantities, the dust in the blood rain poses few if any issues, though motorists will likely be irritated by it if they’ve only just given their cars a thorough clean.

There is a potential health risk if there’s lots of sand in the air, however: in March 2014, the Department for Environment, Food and Rural Affairs warned people with breathing difficulties they could experience “increased symptoms” as a result of the pollution that had been “blown over from Europe and the Sahara.”

According to the Met Office, the current bout of blood rain is set to pass the UK, with the final traces of the sand storm set to blow over Scotland towards the end of tomorrow (April 24).