MR LOOPHOLE
Nick Freeman is a solicitor who runs a legal practice in Manchester and specialises in road trafﬁc law.

Q | I recently bought a 55-plate Ford Focus estate for £2,595 from a small dealership. Six days later a dashboard warning light came on indicating a problem with the diesel particulate filter (DPF). Now, two weeks later, my garage tells me the car needs a new DPF costing £650. When I bought the car the dealer wrote “three-month mechanical failure warranty” on the receipt and told me that if there was a serious problem he would fix it. Now he refuses to acknowledge there is a problem. Do I have a case?
RA, Liverpool

A | A typical three-month mechanical failure warranty for a car worth less than £4,000 would not usually cover problems with the DPF. However, when you buy a used car from a dealer, you are covered by the Sale of Goods Act, which entitles you to expect the car to be of satisfactory quality, fit for purpose and to meet the description given to you when you bought it. If the car falls short of these requirements you have a right to claim against the dealer for breach of contract. In determining whether your car was of “satisfactory quality”, the law sets out certain factors for consideration. These are the age of the vehicle, its price, mileage, the description of the car and all other relevant circumstances. If the dealer misrepresented something to you, or the vehicle was not as described, you are entitled to reject the car and receive a full or partial refund; alternatively, you can keep the car and ask for compensation.

In most situations, the dealer should accept that there was a problem with the car if it is returned within the first six months. You are clearly well within that time frame. If your dealer is not prepared to accept there was a problem, that is something that he would have to prove in court. I suggest you return to the dealer and ask him to reconsider his position. NF

Q | My son’s Mazda RX-8 refuses to restart when the engine is hot — he has to leave it to cool for 30 minutes before he can get it going. He now has a baby daughter and wants to sell the car for something more reliable but must first solve this problem, What should he do? RS, Longwick, Buckinghamshire

A | Your son’s RX-8 has a rotary or Wankel engine (named after Felix Wankel, its German inventor), which Mazda has used in some of its sports cars for many years. The advantage of this sort of engine is that it is light, smooth and produces lots of power; the disadvantage is that it can be expensive to maintain and repair.

An expert at Rotary Revs (rotaryrevs.com, 01924 477 202), an independent rotary engine specialist, said your son’s problem was fairly common, usually caused by a build-up of carbon deposits (rotary engines need much more frequent oil changes than conventional ones). This damages the engine and leads to a loss of compression.

Your son’s first step should be to have a rotary engine compression test (conventional compression testing equipment would give false readings). It should be done with the engine hot for more accurate results. The test will also tell you how fast the engine is cranking (turning over), which is determined by the starter motor. It should be turning over at more than 180rpm, ideally at about 230rpm. If you’re lucky, the test will show the engine is working well and it is the starter motor that is at fault. This can be replaced for £255, including VAT and fitting.

However, if the engine is at fault, you will need an engine rebuild, for which Rotary Revs charges £2,250 (many companies charge up to £3,000).

A Mazda dealer is likely to offer a “service exchange” (industry speak for swapping an old engine for a new one) rather than a repair. This would cost £6,000-£8,000. Your son will have to decide whether he will recoup enough money through selling the car to justify the outlay. DP

Q | Both the side rear windows in my two-year-old BMW X1 Sport have started to rattle. The noise is so bad it’s now unpleasant to drive without the radio on to drown it out. The car recently went back to the dealer for a service and I mentioned the problem but it seems nothing was done. What should I do next? CD, London

A | As your car is still under warranty, this is a problem your dealer has to fix. If you feel you are not being well served, you should put your complaint in writing to your dealer’s service department (and send a copy to the dealer principal), including dates, details of visits, phone conversations and so on.

If your dealer cannot rectify the problem, get in touch with BMW customer services (0800 325 600) and, failing that, your local Trading Standards Authority (tradingstandards.gov.uk) with all the relevant details.

If you want to try to fix it yourself, a potential solution — commonly cited by X1 owners with a similar problem — is to apply a vinyl/rubber treatment to the window seals. This will help if the noise is being caused by dried-out seals, which are not gripping the glass properly and therefore allowing it to move around and rattle. Try DuPont Krytox GPL105 (£46.20 from gbrtech.co.uk), which is designed for this purpose and is favoured by the professionals.

If the problem is not with the glass itself, it could be that something has not been fitted correctly in the doors — the electric window motors or part of the locking system, for example. DP

Got a car problem?

Email your question to carclinic@sunday-times.co.uk, or write to Car Clinic, Driving, The Sunday Times, 3 Thomas More Square, London E98 1ST, with a daytime phone number, your address and as much detail about your car as possible. We can’t reply personally, so please don’t send original documents or SAEs. Advice is offered without legal responsibility. 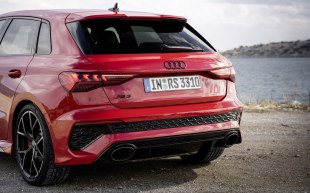 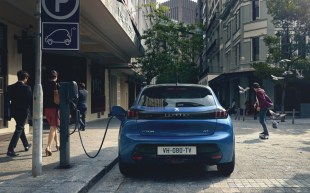 There's a lot of suspicion around pure-electric vehicles (EVs) but they’re suitable for a lot more of us than you might think.