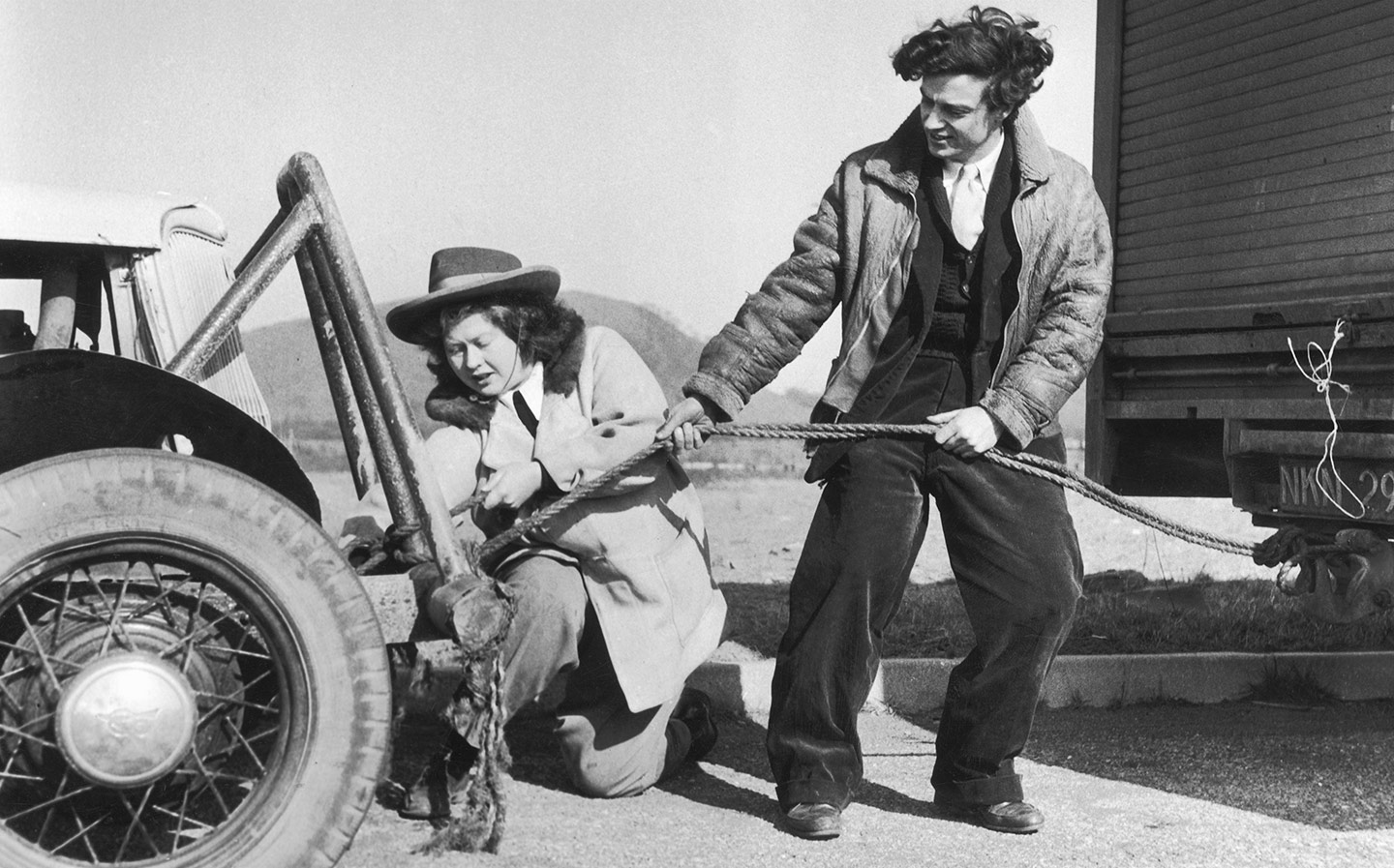 CAR TOWING might sound like a simple operation, but it isn’t – if you’ve never towed another vehicle, you’ll discover that it’s actually quite tricky. Here, Driving.co.uk addresses some of the more challenging aspects of towing and answers some FAQs.

When is it okay to tow another car?

The most appropriate time to tow another car is when it has broken down and is either causing an obstruction or is in a dangerous location and needs to be towed to a safer spot. Towing another car has inherent dangers and you should keep that journey to an absolute minimum distance.

What kind of tow rope should I have?

It might be tempting to root around in the back of your garage for any old bit of rope, but don’t do it. The consequences of having a rope snap while towing another car range from the comical to the tragic, so do the right thing and buy yourself a purpose-built rope.

It’ll be a handy thing to have in your boot anyway, and automotive aftermarket outlets carry a wide range of tow ropes – a heavy-duty example rated for 3.5 tonnes and meeting British Standards should cover just about any towing eventuality.

Buy a tow rope at Halfords.com

Increasingly tow ropes are being replaced by tow poles which are considered safer and make it easier to control the car being towed. However, they are slightly more expensive than tow ropes.

Buy a tow pole at Amazon

How long should my tow rope be?

Legally, there’s no minimum length, but common sense dictates that you leave enough distance between the two cars so that the one behind has plenty of time to react to brakes and turns.

There is, however, a maximum allowable length of 4.5 metres, and if you’re using a rope that’s longer than 1.5 metres the law says you need to attach a flapping bit of coloured cloth to the middle so other drivers spot the rope. Because while you might think that a couple of metres doesn’t represent an exploitable gap in traffic, experience teaches that many motorists do. Especially in London. And particularly on the North Circular.

Yes you do. When you buy a purpose-built tow rope they usually come with an ‘On Tow’ sign, which you hang on the back of the car being towed (obviously). The police won’t be very happy if you don’t have one of those.

However, you can also buy them separately at Amazon for around £5 – buy here

Does the ignition of the car being towed need to be on?

Absolutely. If the ignition isn’t on, the steering lock will still be engaged, which could have the tow car going in one direction and the car being towed going in another at the first corner. And that’s not going to end well.

Do the lights on the car being towed have to work?

Driving.co.uk put this question to the police and the answer was an unequivocal yes, particularly if it’s dark. And even if it’s broad daylight, forget using hand signals instead of indicators – does anyone even remember what the hand signal for a left turn is? According to the Highway Code, it’s a counter-clockwise rotation of your right arm, which could lead to all sorts of misunderstandings…

Can you tow an automatic car?

How to tow a car: How should the car doing the towing be driven?

Carefully. Very carefully. Keep your speed as low as safely possible, and pull away as gently as you can, modulating the clutch to avoid “snatching” the rope. That’ll prevent a really unpleasant jerking action in the car being towed, and if your towrope is going to snap, it’ll be on that occasion.

Also, brake lightly in advance to trigger brake lights so the towed car has plenty of notice that braking is imminent. And likewise, indicate well in advance so your partner behind has lots of notice.

Keep an eye on your temperature gauge as your engine will be under a greater load than usual, so overheating is a potential issue. And because there’s a lot more going on than during your usual journeys, it’s wise to have someone else in the tow car to keep a closer eye on what’s happening behind.

Avoid any dramatic manoeuvres, sudden braking or acceleration – remember, if the towed car doesn’t have a running engine, it also won’t have power assisted steering or brakes. Which could result in two dead cars instead of one.

How to tow a car: How should the car being towed be driven?

Even more carefully than the tow car – this is arguably the tougher end of the operation. First off, the towed car may not have engine power, which means power assisted brakes and steering will need much greater physical effort to operate. Remember to ensure the car is in neutral, too.

Keep an eagle eye out for brake lights and indicators on the tow car, and be ready to coordinate your steering and braking actions. It’s also a good idea to keep tension in the towrope as much as possible by braking very lightly while being towed. This will prevent “snatching” and will keep the rope from dragging along the road, which will shorten its life considerably.

Finally, if your car-obsessed 11-year-old enthusiastically volunteers to steer the towed car, that’s a no – the law says that driver needs to be fully qualified and licenced, too.

What if the towed driver has a problem?

It’s a good idea to agree on a few simple hand signals so that the towed driver can quickly communicate messages like “slow down”, “stop” or “you’re driving like a complete ****”. It must be said, that last one’s a fairly obvious hand signal.

I’ve bought an ancient classic car that’s on a SORN (Statutory Off Road Notification). Can I tow it to my garage where I plan to restore it?

In a word, no. The law is pretty clear here – if the car being rope-towed has its four wheels on the ground, it’s treated the same as any other roadworthy vehicle, meaning that it must be insured and taxed with a valid MOT. So in this instance, you’re going to need a trailer. Or a bigger budget for a road-legal classic.

What can my car tow?

You’ll be able to find the towing capacity of your car in your owner’s manual, or failing that, on the internet. Towing capacity is determined by a number of factors, including torque, power and rear axle strength — however, as a general rule, the car doing the towing should be heavier than the car being towed.

Diesel cars tend to have better towing capacities than petrol cars due to the fact that they produce more torque — although modern petrols produce a decent amount of torque at low engine speeds.

By their nature, you could assume that electric cars are also suitable for towing due to the fact that all of their torque is instantly available — Tesla reckons that the range-topping variant of the upcoming Cybertruck can tow a mammoth 6,500kg. However, most have not been type-approved for towing, and the regenerative braking on a lot of electric cars can also cause some issues. That means that, unless you’re sure your electric car has received type approval, you shouldn’t use it to tow.

Can you tow an electric car?

It is unwise to tow an electric car due to the fact that most do not have a neutral position in their transmission, meaning that the wheels are always connected to the electric motor — when the wheels turn, the motor turns with it. This means that you could cause damage to the motor if you attempt to tow it. Best to use a flatbed.

N.b. Driving.co.uk may earn revenue if you click the link above and buy the products