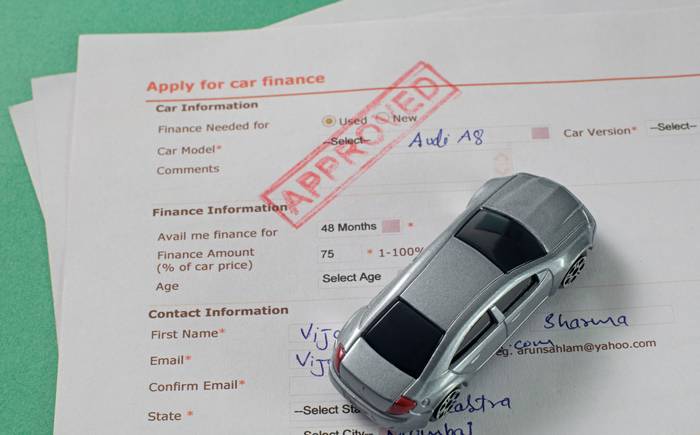 WALKING INTO a showroom and pulling out a wad of fifties isn’t always a feasible – or safe – way to buy a car. Here are the more sensible payment methods.

There are two main types: secured and unsecured. Be wary of the former because in all likelihood, your loan debt will be secured against your house (or anything else you own). It gives the lender added security but you could lose your home if later, you have a problem repaying the loan. The interest rate can change during the term of the loan, too, making it harder for you to budget.

An unsecured loan is much the better option. There’s much less danger of your home being taken from you and the interest rate is fixed for the period of the loan. Look up the best deals in The Sunday Times’s Money section.

Check lenders are quoting the APR (the annual percentage rate of interest plus any associated fees such as the arrangement fee) as distinct from the more commonly advertised and, because the figure appears to be about half the APR, favourable-looking flat-interest rate. The latter is not a safe guide as to what you will actually pay. Always compare APRs and know the total amount payable over the term of the plan. Try to avoid committing to too long a loan period. Stretching the loan to five years, for example, may reduce your monthly costs but at the end of the term you will have an old car that has depreciated considerably, meaning you’ll have to borrow additional money to buy your next one. Simply, borrow as little as possible, repaying it as quickly as possible.

So-called HP is one of the most popular ways to buy a car and most dealers can provide the facility. The clue to its nature – and what makes it different from a personal loan – is in the name. You borrow money from the lender (a finance company, not the dealer) to “hire” your car from them until it is fully paid at the end of the term. At that point, you pay a small “option to purchase” fee (typically £50-£100) to own the car.

Throughout the term you are the registered keeper, responsible for insuring and maintaining the car. You can settle the agreement early by paying the outstanding balance and the option to purchase fee. There may be a partial interest charge, too. The lender should disclose all charges in the documentation that you sign. Car makers, keen to sell new models, often subsidise the finance available for HP agreements which is why you may find some very competitive HP offers on selected new cars.

Equally, dealers earn commission on selling you finance via an HP deal and often have room to adjust the interest rate. Always ask them if they will “tweak” the rate when you are negotiating. Incidentally, some people who cannot afford their HP repayments may try to sell their car – or more accurately the finance company’s car – without revealing its finance status. This is why you should have any used car you are considering buying checked by an agency such as HPI. Failure to do so may leave you in debt and without a car.

Typically abbreviated to PCP, this is a deferred purchase scheme where you fund only a proportion of the car’s purchase price with the option at the end of the term to pay the balance and own it, trade it in for a new one, or hand it back and walk away with nothing more to pay. It is typically available on new and nearly new cars. Because the cost is partly calculated on the residual value of the car at the end of the finance term, it pays to choose a slow-depreciating model so that you are funding less of a gap between its new price and its eventual used value. PCPs are usually accompanied with inclusive servicing deals, too, making the cost of ownership much more predictable.

However, do watch for mileage limitations. The offers intended to attract you are usually calculated on a maximum annual mileage that can be as low as 5000. Anything over that will attract a mileage charge at the end of the term, as will any damage the car may have sustained.

Using your credit card could be a viable way to fund your car purchase but only if you are able to pay off the balance quickly and you have a sufficiently high credit limit. Be sure you can pay at least the minimum repayments and set up a direct debit to make sure you pay down the debt regularly.

You could move your debt to a card charging 0% interest, again assuming the card company will award you a sufficient credit limit. There will be a small charge to move your debt but much less than the interest you would have paid on the old card. Do make sure you settle the debt beyond the end of the promotional period when the rate is likely to rocket. If you still have a balance to pay, diarise the promotional end date so you switch in time to another 0% card.

A credit card carries additional consumer rights: both the card company and the retailer are jointly responsible if your car is faulty.