TALK about buckin’ Broncos: this modified example of the Ford SUV has been filmed launching off a “double-stacked” ramp at the HQ of the Hoonigans, the guys behind Ken Block’s blockbusting gymkhana video series.

The 1991 Bronco has been converted by rally outfit TerraCrew into a “prerunner” — a type of truck designed to run ahead of dirt rally cars on some of the most brutal events in the world, such as the Baja Rally. As such they need to be incredibly tough and able to withstand more than a little suspension punishment; if your scout vehicle breaks down it’s not much help for the main event.

This example also has a far-from-standard engine under the bonnet — scroll back for details.

The Bronco manages not one but several runs over the double ramp but we’d put money on it not being terribly good for the poor SUV’s mechanicals — just look at the screengrab below. 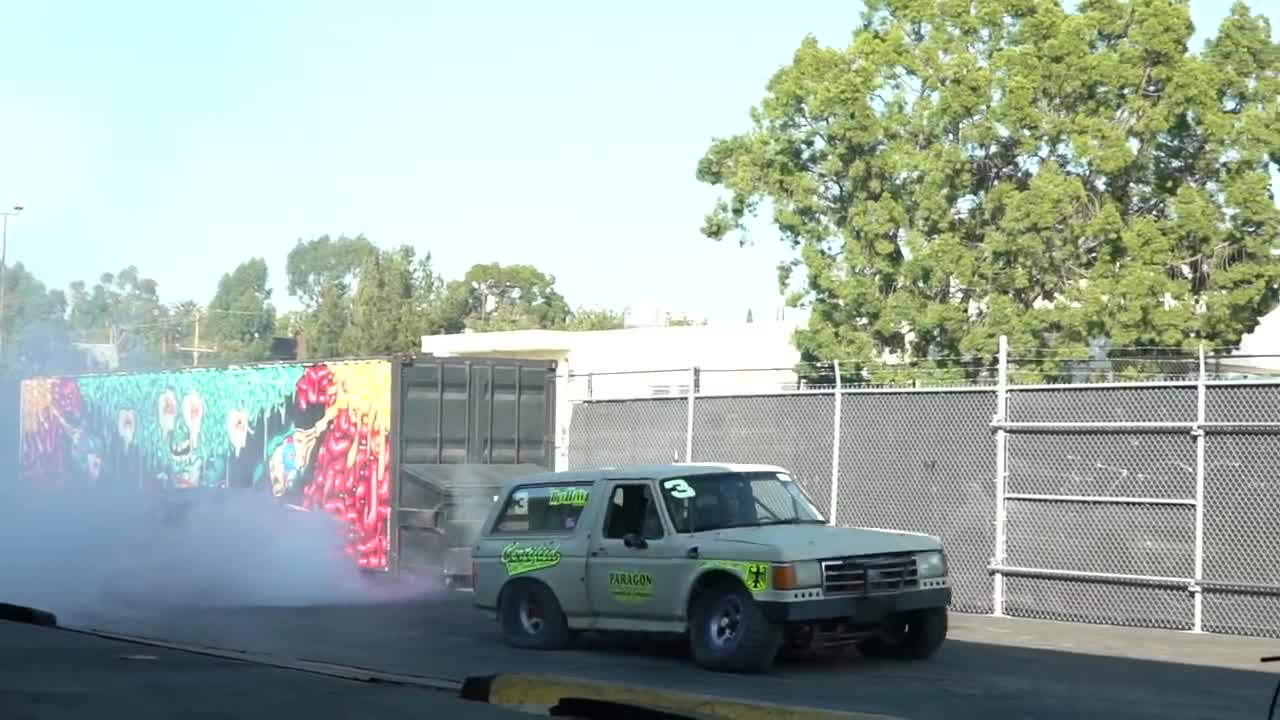 This model of Ford Bronco hasn’t had the best of times; one was used by OJ Simpson during his infamous low-speed pursuit by police investigating the murders of his ex-wife Nicole Brown Simpson and her friend Ron Goldman, in 1994.