LAMBORGHINI has reclaimed the production car lap record at the Nürburgring, courtesy of a stonking time set in its Aventador SVJ flagship supercar.

Wrestled along the track by the Lamborghini test driver Marco Mapelli, the track-focused Lamborghini Aventador SVJ managed to set a time of 6 minutes and 44.97 seconds — less than three seconds faster than the time set in a Porsche 911 GT2 RS last year. 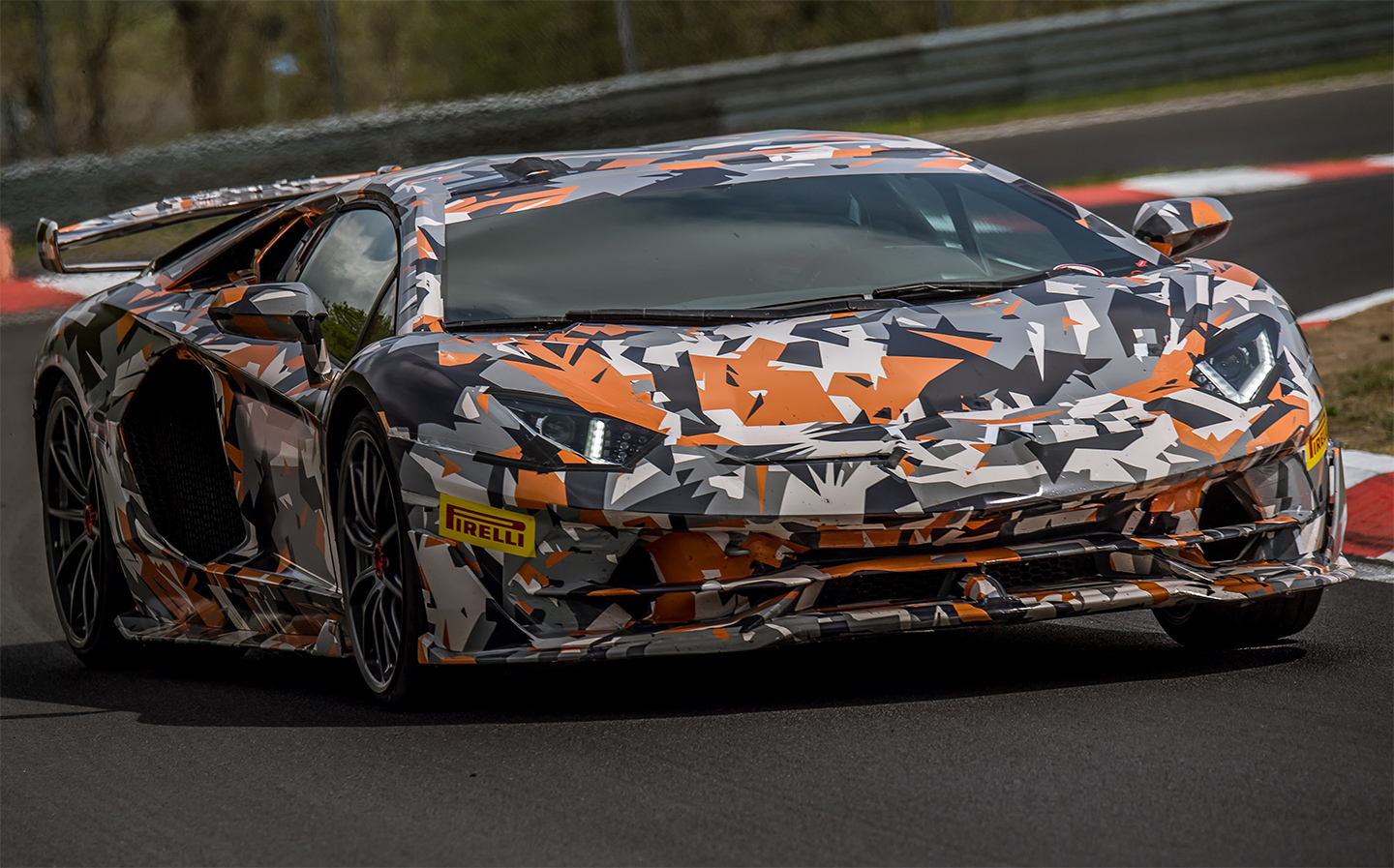 Details about the specification of the Aventador SVJ haven’t been published but it will have been a development of the already incredibly rapid Aventador SV, which managed to set a time of 6 minutes 59.73 seconds when it was hustled around the Nordschleife in 2015.

The smaller Lamborghini Huracan Performante then oh-so-briefly set the Nürburgring production car record at the end of 2016 (although they announced it at the start of 2017), with its 6 minutes 52.02 seconds run, before the Porsche took the honours.

Commentators speculate that figure could have been reached by installing the 759bhp 6.5-litre V12 from the limited-run, Aventador-derived Centenario supercar, in conjunction with shaving another 25kg off the Lamborghini Aventador SV’s 1,525kg dry weight.