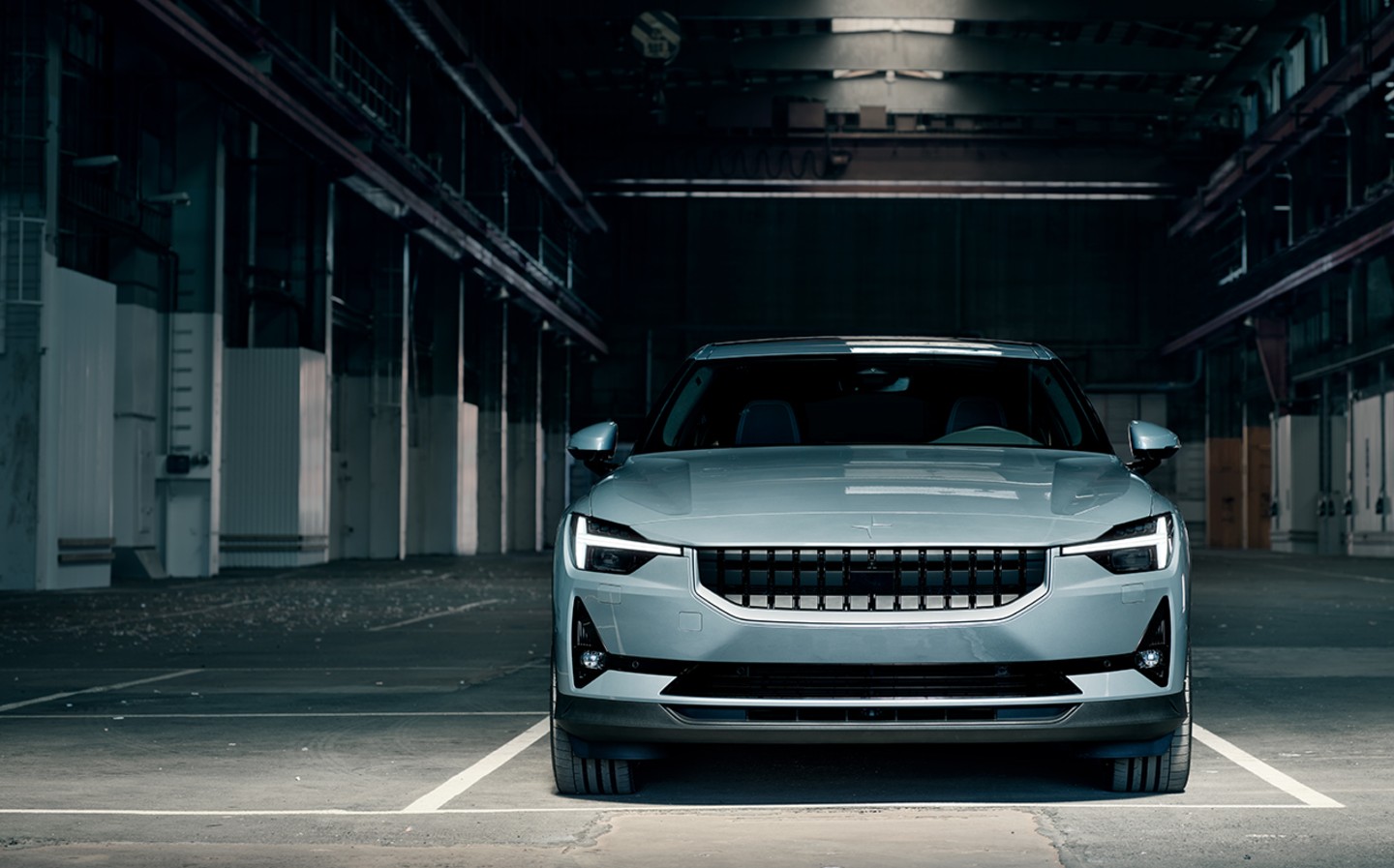 FOR THOSE who grew up on a diet of near-future sci-fi such as Back to the Future, Blade Runner and 2001: A Space Odyssey, the world was supposed to look very different by 2021. Hollywood predicted that we’d have designed and be surrounded by mindblowing products, from self-tying high-top trainers to food replicators and even flying cars. Sadly, away from our smartphone screens, we’re not doing much differently.

Which is perhaps why electric vehicles command such attention. Heads turn when they glide by with an unfamiliar hum and it’s rare to charge one in a car park without finding yourself hosting an impromptu 101 on EV ownership for interested passers-by.

And that’s just the electric offerings of traditional manufacturers; new companies are rethinking how cars should look and perform. Polestar is one of the upstarts, a new Swedish premium electric performance car brand striving for net zero emissions, its goal is obvious – to create a sustainable and stylish future with pure progressive electric vehicles while setting a new industry benchmark for transparency, tech and design. 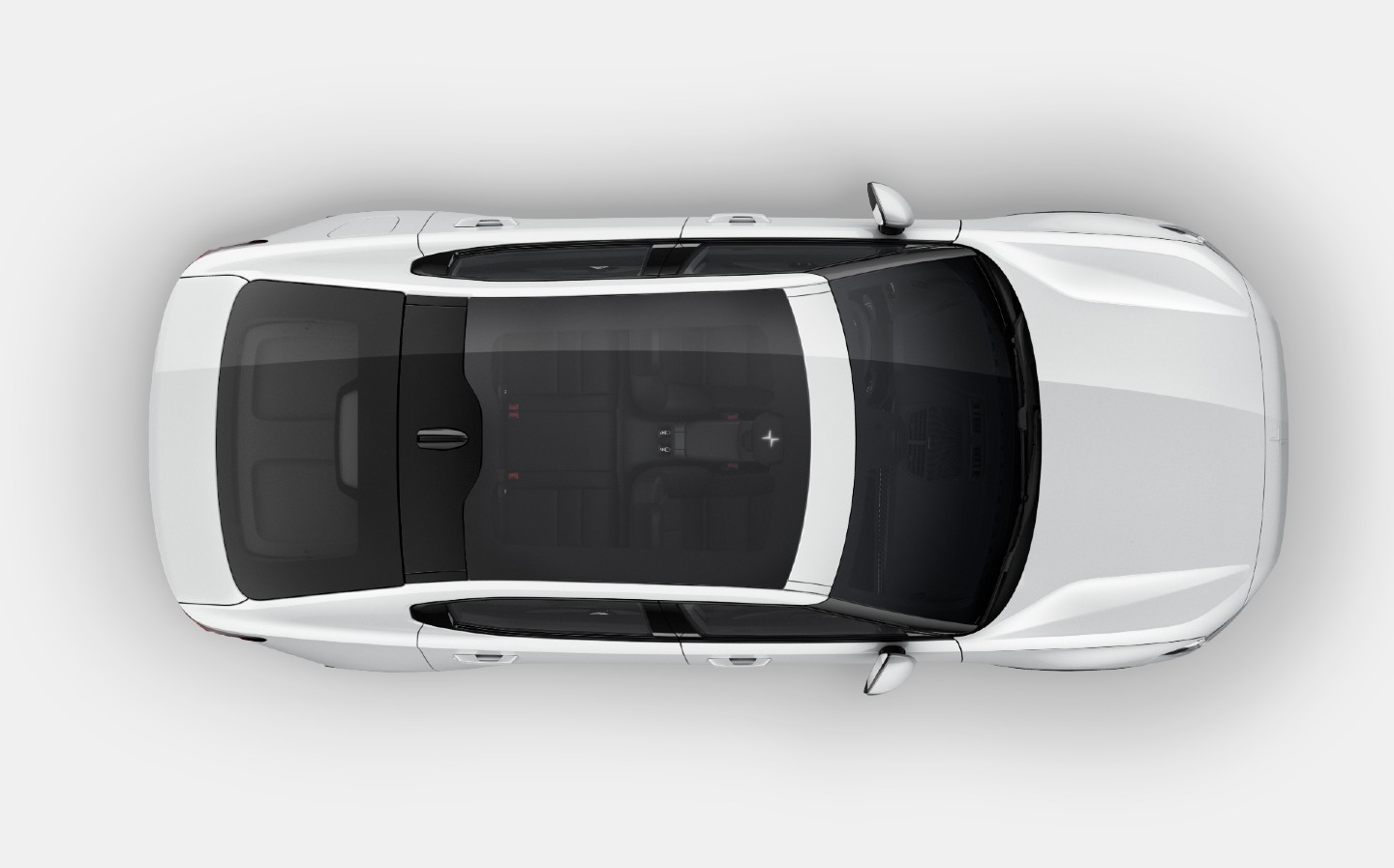 The future is now

The Polestar 2 launched last year and is the brand’s first pure-electric car. Designers were tasked with rewriting the aesthetic and technological rulebook, ditching wasteful production methods to work with more sustainable textiles and techniques, creating something all-new along the way.

Behind the scenes is Polestar’s design director Max Missoni, whose visions clearly reflect the brand’s ambition of paving the way to a carbon-free future with exciting designs.

“I’m not a believer in holding back, in avoiding life,” says Missoni. “But I think it’s very healthy to be aware of what we’re doing and using our combined creative energy to change those things. Polestar exists to create a path for people into sustainability, into electrification, with a new innovative concept.”

The Polestar 2’s exterior clearly sets out that intention – it features a vast panoramic glass roof, frameless wing mirrors (designed to increase visibility and improve aerodynamic performance, as well as look cool) and a 288 LED rear “light blade” that winks hello and goodbye sequences to its owner. 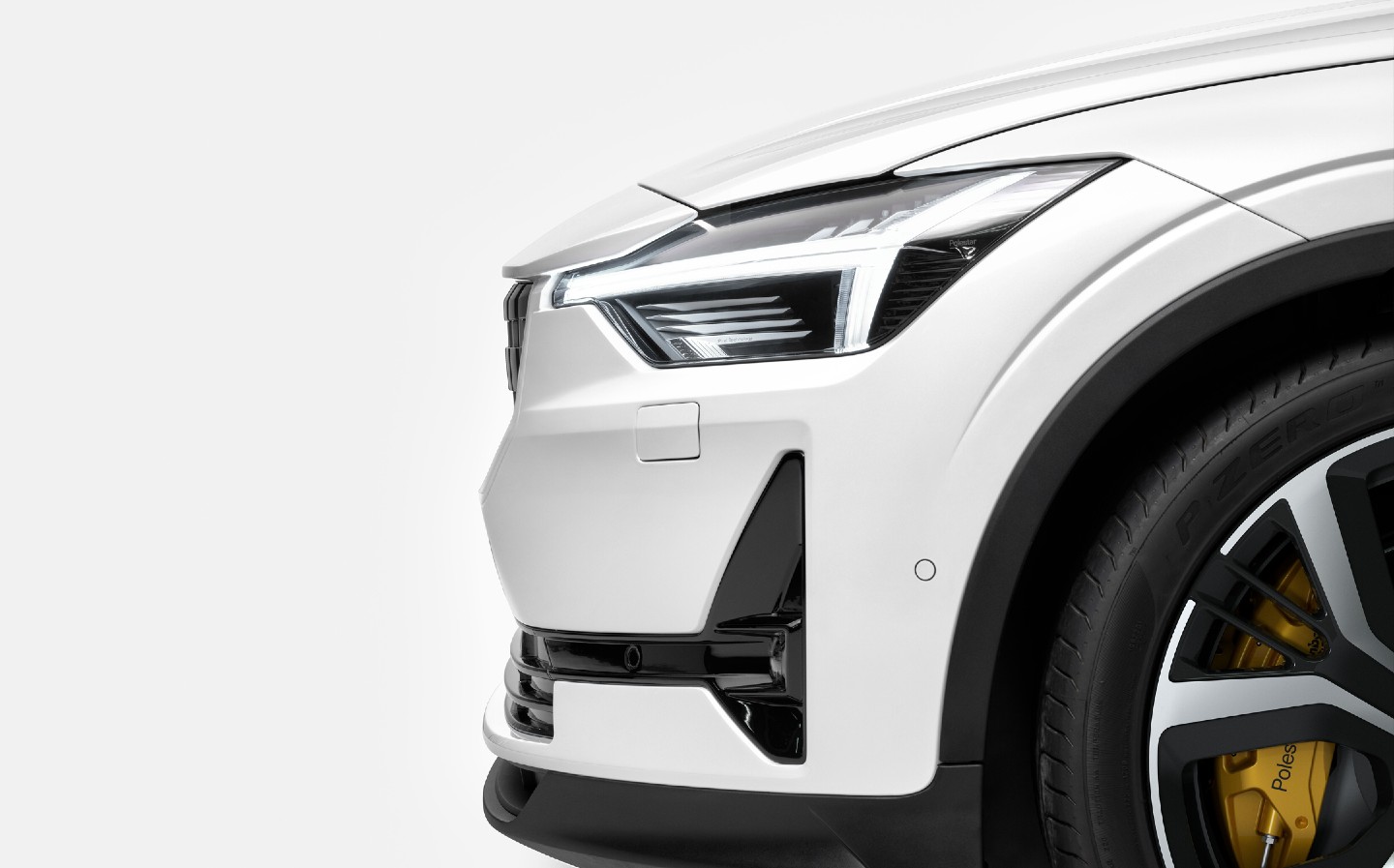 Hassle-free: LED headlights automatically adjust to the light and weather as you drive

The goal with the cabin was to fuse tech with sustainable materials and minimalistic design. Missoni’s vision is founded in functionality, not showboating. The Polestar 2 has three carefully curated and distinct interior colour schemes as well as vegan options. The result is a fresh, contemporary feel.

Vegan does not, Polestar points out, mean “fake leather pretending to be something it’s not”. The upholstery textile, called WeaveTech, available in charcoal or slate, is a shift away from the car industry’s longstanding use of leather as top spec stuff, moving to a tactile, sporty feel more inspired by wetsuits than Italian brogues.

More familiar features like wood panelling are done differently, too. The Polestar 2’s panelling is produced using a new process of reconstructing and reusing irregular waste wood to create a veneer, rather than taking the best sections of wood and discarding offcuts, as in traditional car manufacturing. It’s then stained in black ash to highlight each piece’s individual texture. 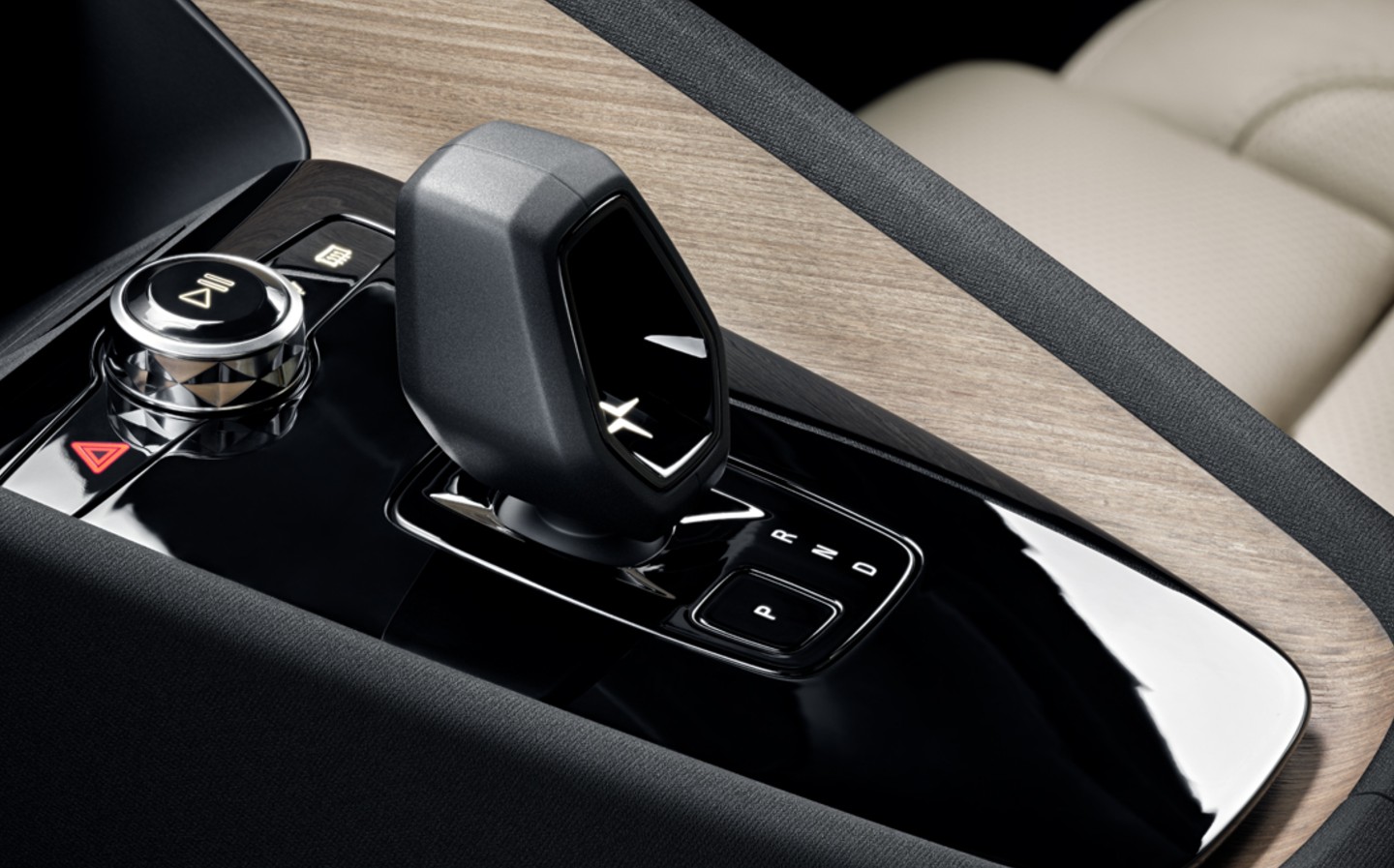 Waste not: the wood veneer panels reuse offcuts that would otherwise be discarded

“It doesn’t want to be pretty – it wants to be present, modern, and take the next step,” Missoni says. “We want to cross over from a typical car to a product in the electronics realm, on wheels.”

The audio system is an example of the concentration on new tech. Specialists Harman Kardon were brought in to collaborate and tasked with making every part of the car a sweet spot, with a particular focus on achieving an epic bass sound.

The ground-up, tech-focused strategy used by Missoni’s design team, he hopes, has resulted in innovations that will reset industry standards.

“Polestar is changing the future of mobility, and encouraging others to join us.” Missoni says. “Now, from a trade that was reacting, we are creating these changes, we are part of affecting culture.

“It’s a beautiful feeling, because you can change things.” 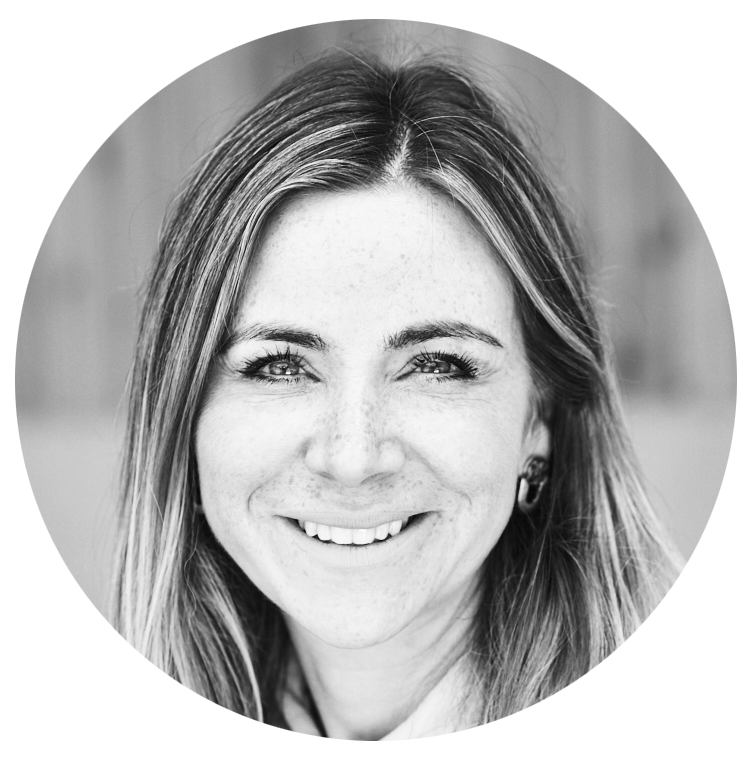 ‘Very cool, with every detail considered’

This is a headturner of a car. People swivelled to stare as I drove past them – something I put down to the futuristic good looks of this extraordinarily cool machine in which every design detail has been carefully considered, inside and out.

The exterior is loaded with presence. It’s sensational to look at, with sleek, modern lines. An array of LED tail lights catch the eye. There’s no try-hard badging here, just a minimalist logo in a matt finish on the gloss of the paintwork. The interior is just as elegant, comfortable, yet playful. I fell in love with the golden-coloured seat belts. Who said seat belts have to be black? Expect to see this design innovation copied everywhere in a year or two. Even the gearshift is beautiful, topped with a glowing Polestar logo. 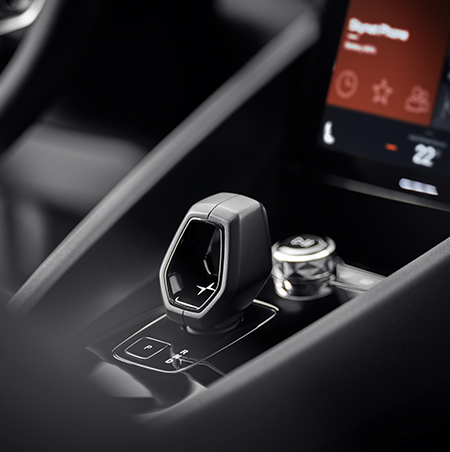 Beautiful: from the gearshift to the seatbelts, every detail is well considered

Panelling is one of my design signatures, so I appreciated the use of sustainable wood veneer panels which contribute to the interior’s sense of modern luxury. The panoramic glass roof floods the car with light and creates the illusion of more space.

As a parent and designer living in London, my pre-pandemic weekends were spent ferrying my three children to activities, and I often have to meet design clients with samples and fabrics. Driving is essential to my life, but the Polestar 2 made it a feelgood, guilt-free experience. The electric engine means this performance car is clean, smooth, responsive and incredibly quiet. Yet there’s more than enough power in reserve to thrill should you need it. Even the dash is elegant with an intuitive, tablet-style touch screen powered by Google.

The whole design world is moving towards sustainability, and this car ticks all the boxes when it comes to being eco-friendly. The Polestar 2 looks and feels like the car the future promised.