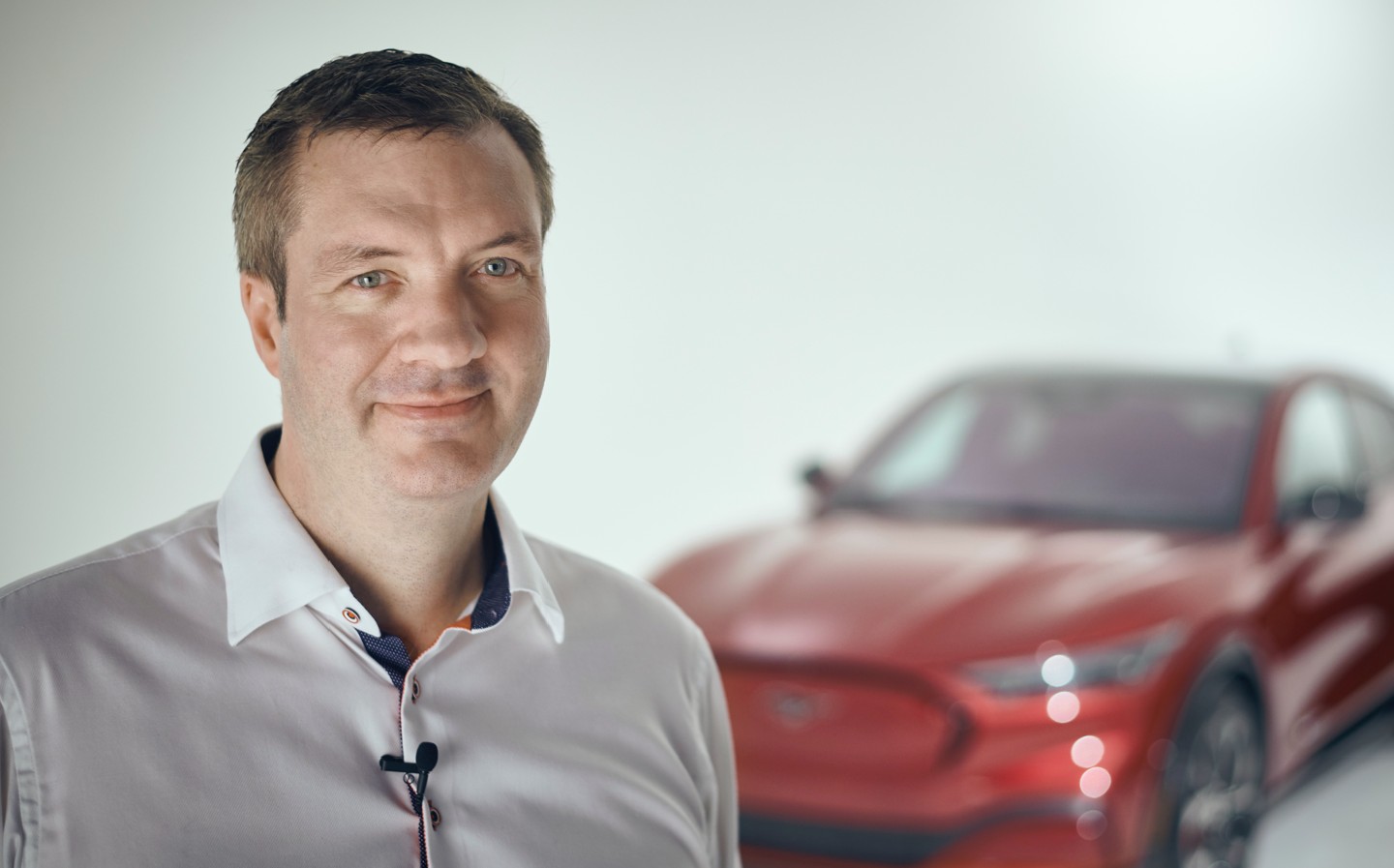 Ford Motor Company has just launched a sporty new Mustang model, one of its most exciting and ambitious new cars in years – and the man in charge of this multibillion-dollar project is talking excitedly down the phone from the United States.

Darren Palmer, general manager of battery electric vehicles and a Ford veteran of 29 years’ standing, is many of the things you’d expect from an American motor executive: he’s steeped in a love of oil and metal, as well as a reverence for all things from Detroit, the US capital of the car. He’s also hiding a surprise or two in his glovebox: the new car that he’s helped to create – the Mustang Mach-E – is an all-electric SUV; and Palmer himself was born in Islington, north London.

How did he get where he is today?

“It’s an overnight success that took 29 years,” he laughs. “My first job at Ford was designing robotic control systems. In those days, they were very new. With a team, I wrote the programming language that we use for the machines that build engines. That wasn’t directly to do with cars, but I had a housemate who was working on car programmes, and the things he was working on I then saw on billboards around the country. I thought: I want to do that – I want to make cars for people.” 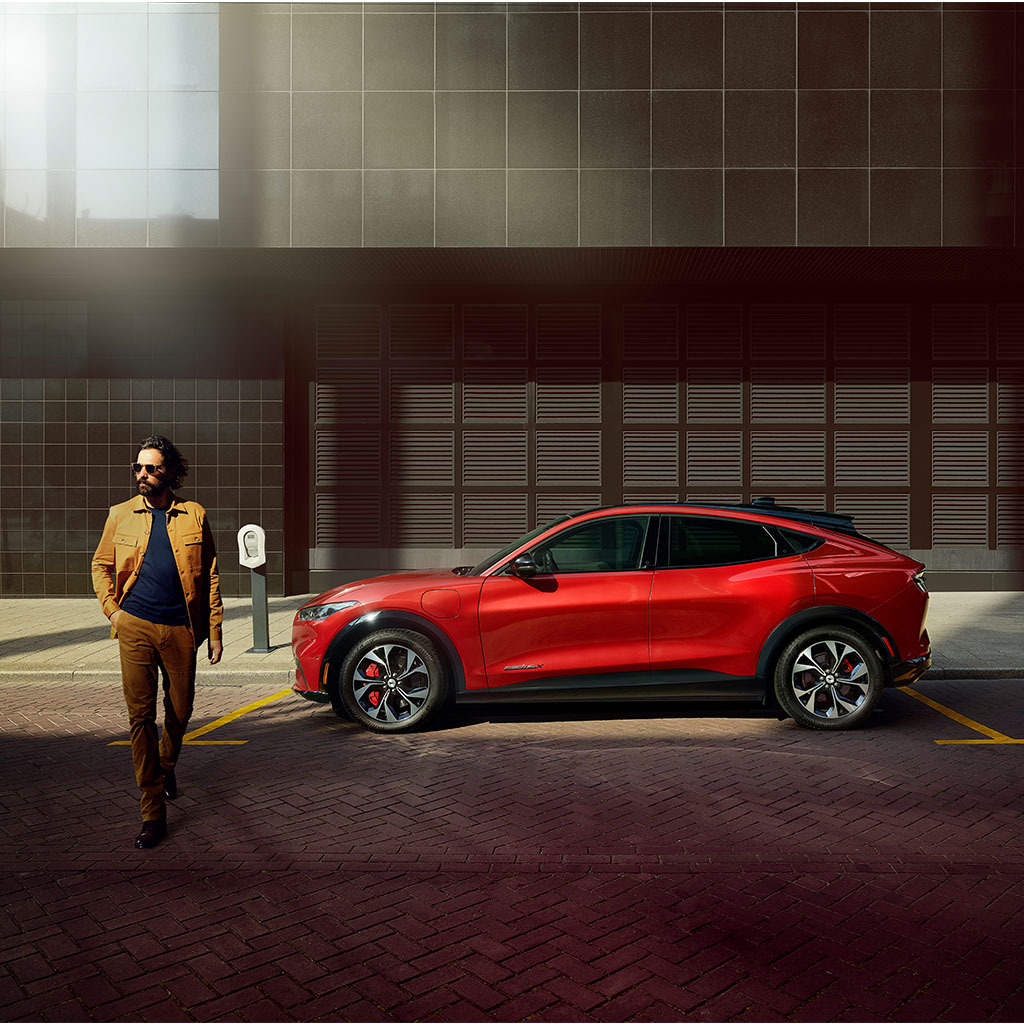 Electric avenue The Ford Mustang Mach-E is sporty but spacious

Palmer’s work for Ford has since taken him from southeast England to Germany and the States, and he’s worked on nearly every type of car that the company produces, including the so-called “B” cars. These are Fiesta-class small cars whose simplicity hides their biggest challenge: making a profit.

“I was in charge of B cars for the world, and they are very difficult,” Palmer says. “To manufacture 400,000 small cars and make money is much more difficult than making one supercar and selling it for millions. It is a symphony of thousands of parts coming together and thousands of people to make a car every 40 seconds. That is a true, specialised art that the automotive industry has mastered. In order to make money, you have to do everything from designing something people love to being able to manufacture it at an optimum cost and get it to them.”

Palmer honed his business sense by completing an MBA, but for him, there’s far more to a motorcar than balance sheets. “I took a career detour and became global director of quality programmes, where I had to work on how to satisfy our customers. That changed me completely, gave a new focus on the customer, and I’ve been obsessed with that ever since.”

Understanding the emotional pull of a vehicle is every bit as important as making it make sense, Palmer says. “Each product, I see it in front of me as: what does it do emotionally to people? I find that works. There are not many cars that have been going for 50 years that are still loved just as much today, but the Ford Mustang is one. The reasons millions of people love it are the styling, the sound, touch, feel and motion. They’re the things we’re talking about. That’s what brings in the emotion.”

Working on the first all-electric Mustang was therefore an emotional experience as much as a business one. For diehard Mustang fans, the fact that the new Mustang Mach-E is an SUV that can accommodate five adults in comfort is more shocking than the fact that it’s powered by batteries.

“We know that a Mustang is a ‘me’ car,” says Palmer. “Certain people want that and love it. But our customers want a ‘we’ car. The next generation, particularly millennial customers, want a ‘we’ car for me and my tribe. The SUV is that format. We knew, for the Mustang, for the next generation, it was right. It also gave us a great contrast with the two-door sports coupé.”

It’s somehow appropriate that a man who began his career at Ford pushing the boundaries of automotive technology has returned to his roots with the Mustang Mach-E, to push things forward once more.

The new car is undoubtedly a career highlight. But when you ask Palmer to name the other most memorable cars he’s worked on, he hesitates. Not, it seems, because he can’t think of any, but because he prefers to look forward rather than back. He’s proud of what he’s achieved but appears to feel there’s no more exciting time to be doing his job than right now.

“The launch of the Mustang coupé in Europe was amazing. I did that. I also did the new Puma. They were both cool,” he says, but then switches focus.

“I have a feeling that a new highlight in my career will be the F-150 [a pick-up truck sold in North America], the bestselling vehicle in America for four decades, of any type. Can you believe that? We’ve just announced the electric version for the US market to launch in 2022. I have more than 100,000 pre-orders for it.

The Mach-E comes bolting out of the Mustang stable with the same philosophy propelling it: if you’re going to make a car that’s different, you have to learn to think about cars differently.

“They’re not just practical transportation,” Palmer says. “They’re the second most expensive thing you buy. It should enhance your life and that’s why you love it.”

Palmer’s love affair with the Mach-E is more than personal: this could turn out to be of historical significance, for Ford and the wider motor industry. “This is a $30 billion investment to determine where Ford goes,” Palmer says. “We chose a strategy where every electric car we make will do things that petrol never could, and we will lead with the heart, we will lead with vehicles that people have to have, and the head will follow. There’s lots of reasons to buy for the head, but it’s the heart that’s stronger at making people move.”

And down the phone line, from 2,000 miles away, you’d swear you can hear Palmer smile.

For more information or to book a test drive, visit Ford.co.uk