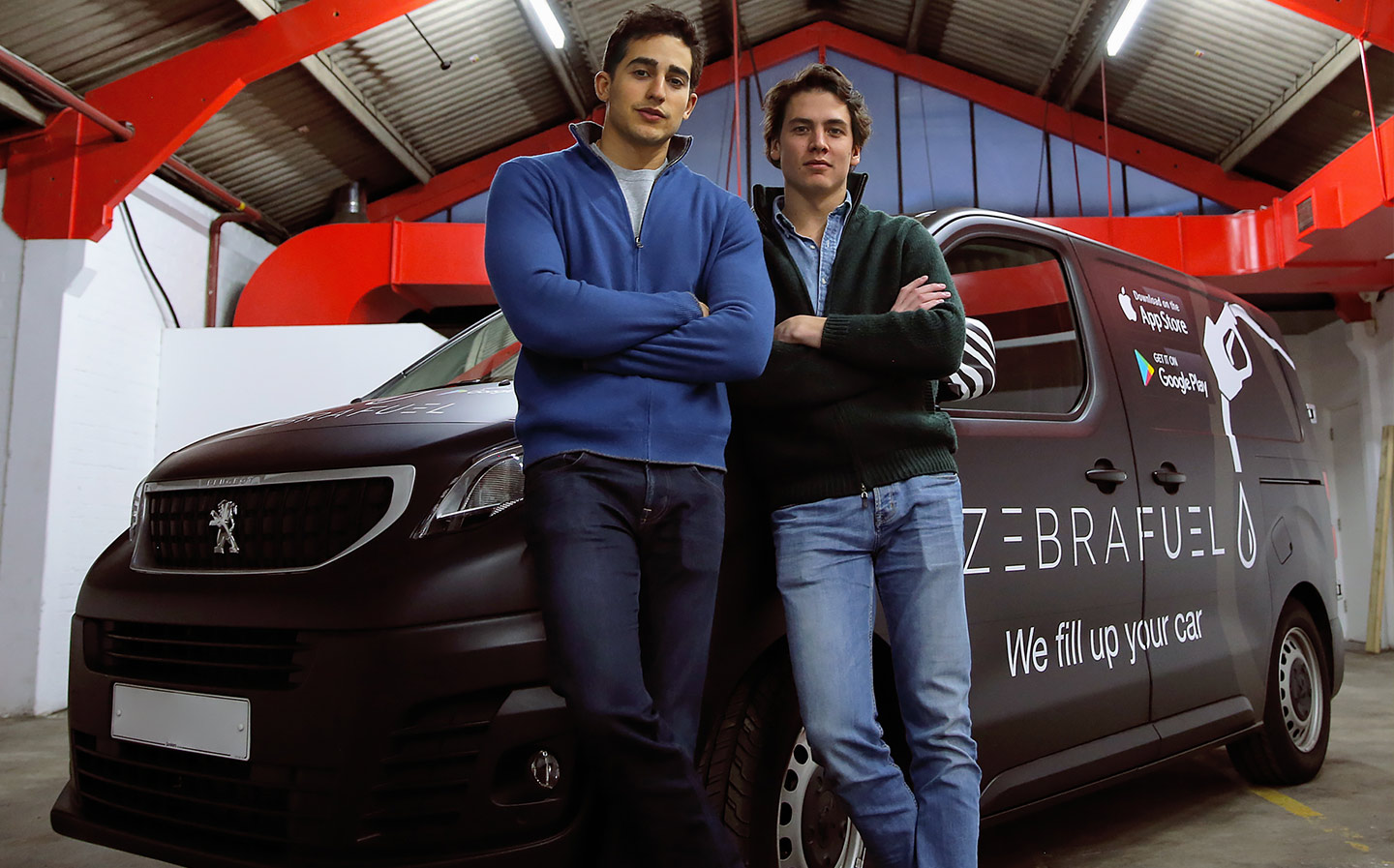 FILLING up the car can be a bit of a chore for every motorist. Now a solution is at hand: fuel delivered to your front door.

Britain’s first on-demand fuel service has been launched to fill up cars on the driveway or in the street while owners are asleep.

Drivers in London can make an order via an app and leave the fuel tank cover open to allow vehicles to be filled 24 hours a day. At present the service, Zebra Fuel, offers only diesel although it is hoped that it will soon provide petrol and even recharge electric vehicles.

This week, the company confirmed that it had raised $2.5m from a series of prominent investors, including Alex Chesterman, the Zoopla founder, in an expansion drive.

Reda Bennis and Romain Saint Guilhem, the company’s founders, hope to eventually replace every petrol station in the country. Mr Bennis said: “We’re like a Formula One pit stop for your car, van, truck or coach. We can also do fuel deliveries through the night, so customers can wake up to a full car outside their house or a depot of fully fuelled vehicles and not have to waste their own precious time.

“Our goal is to replace the petrol station and in doing so make filling up your car faster, cheaper, less harmful to the environment, and hassle-free.”

The company sources a 5% bio-diesel in bulk from a conventional supplier but keeps costs down by avoiding the high rental charges that can be accumulated by normal filling stations.

It charges customers for the fuel they dispense from a fleet of delivery vans, although it levies a small service charge depending on the time of day. The off-peak charge is £2.99 while deliveries during peak hours add £3.99. Last night the price of the fuel was £1.21 a litre.

It operates only in central London but there are plans to expand across the capital. The company also plans to move into Paris this year and four European capitals by 2020.

Such services already exist in the US but Zebra is believed to be the only company of its kind in Britain. Mr Bennis, who came up with the idea after running out of fuel in central London in 2016, said that Zebra was also working on a project with a vehicle manufacturer to bring the service to all of its car owners.

Petrol was not yet on offer because of the tighter restrictions on its delivery. Zebra said: “We plan on proving our model to regulators and working with them to ensure that we will be delivering petrol in London in the future as well.”

Zebra announced a series of new backers this week including Brent Hoberman, founder of Lastminute.com, and Saul Klein, founder of Lovefilm, who has backed the company with his venture capital fund LocalGlobe.

Suzanne Ashman Blair, a LocalGlobe partner, said the system was “addressing the urgent and growing blight of congested and polluted cities by delivering fuel directly to drivers”.

She added: “They can help London and Paris become the first global cities to eliminate petrol stations altogether and create a virtuous circle whereby the more people they serve, the more unnecessary journeys to petrol stations they can eliminate and the more they can reduce CO2 emissions.

“This is especially true with corporate customers, when an entire commercial fleet can be filled up in their depot, at night, with a single visit from one of Zebra’s refuelling vans.”