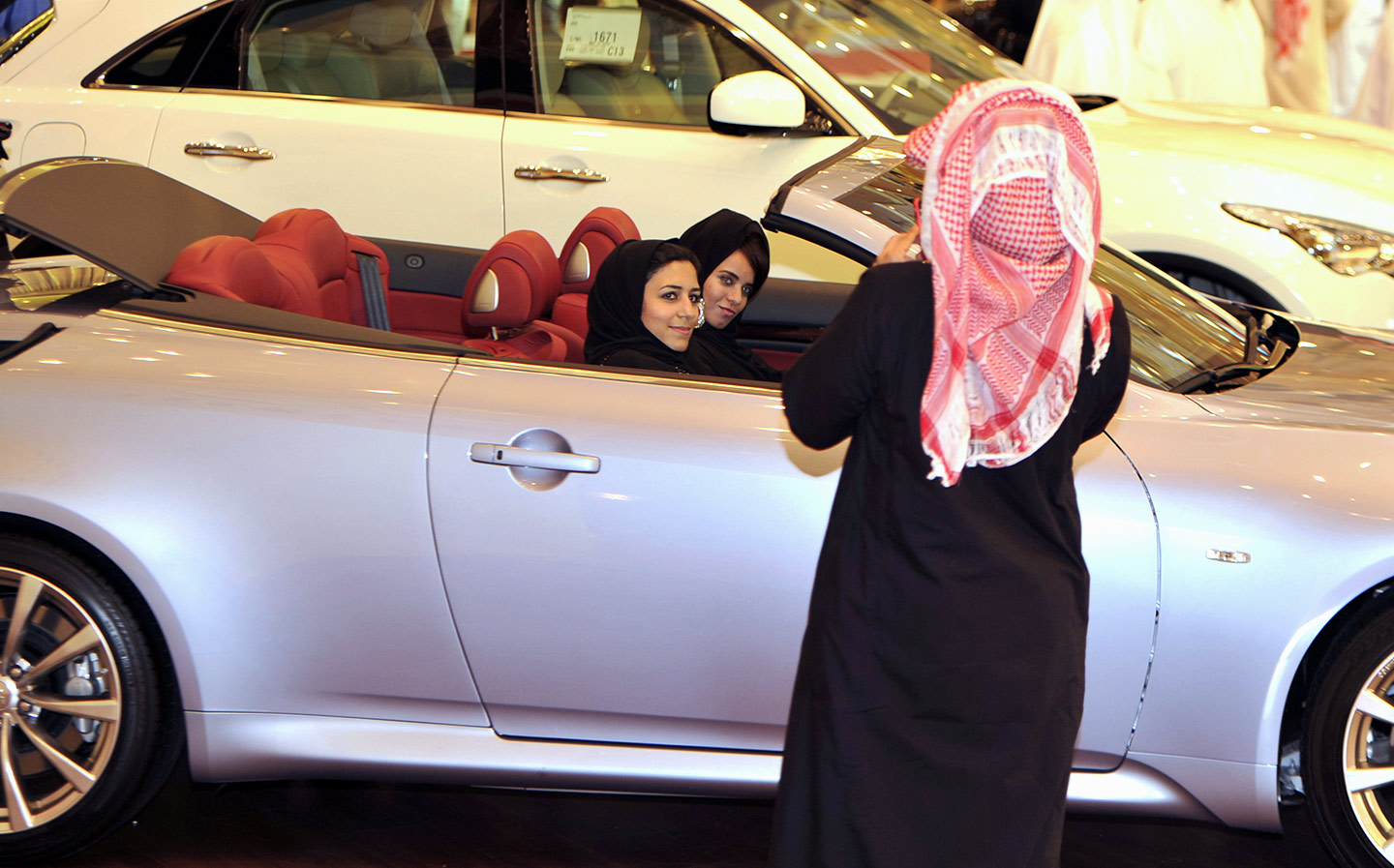 A LONG-STANDING injustice is set to be quashed after a royal decree will see women allowed to drive in Saudi Arabia for the first time.

King Salman bin Abdulaziz, 81, ordered the reform on Tuesday night, requesting that drivers’ licences be issued to women who wanted them. However, it will not come into effect immediately; a committee will study the issue and implement the reform next June.

Saudi Arabia is an ultra-conservative kingdom and the only country where women are still banned from driving. Those against allowing women behind the wheel have argued that it should not be allowed on various grounds, including that it leads to female promiscuity and can damage ovaries. Earlier this month, one cleric was banned from preaching for asserting that women should not drive because they have a brain half the size of a man’s, and a trip to the shops shrinks it in half again.

Reaction to the news on Twitter appeared mostly positive. “We did it,” tweeted Manal al-Sharif, an activist who started the women’s campaign to drive in 2011, and has been jailed for driving.

Today, the last country on earth to allow women to drive #Women2Drive#Daring2Drive we did it ??❤️☺️

In a statement, she welcomed the end of “one of the most draconian laws in modern history”, but said she would push ahead with the fight for full equality.

“Women’s rights activists will still continue to observe how this law is implemented and monitored and will continue campaigning to abolish the male guardianship imposed on them,” she said.

In 2013, Al Sharif, said in a TED talk that she ultimately wanted to see women drive their own lives:

Following the royal decree, others were quick to point out that true equality in Saudi Arabia is still some way off. Asma Ali Zain tweeted: “Saudi women are ‘allowed’ to drive and we celebrate. The irony.”

Women in Saudi Arabia will continue to be subject to a guardianship system that forces them to seek permission from male relatives to do everything from opening a bank account to travelling.

Those against the move included one man called Raig, who tried to start a hashtag entitled “You Shall Not Drive”.

The progressive Prince Mohamed Bin Salman, son of King Salman from his third wife, was made heir-apparent in June. The 31-year-old had hinted that he would be willing to drop the driving ban.

Prime Minister Theresa May said: “As a long standing friend of Saudi Arabia I welcome the Kingdom taking this important step towards gender equality. The empowerment of women around the world is not only an issue I care deeply about, it is also key to nations’ economic development.”