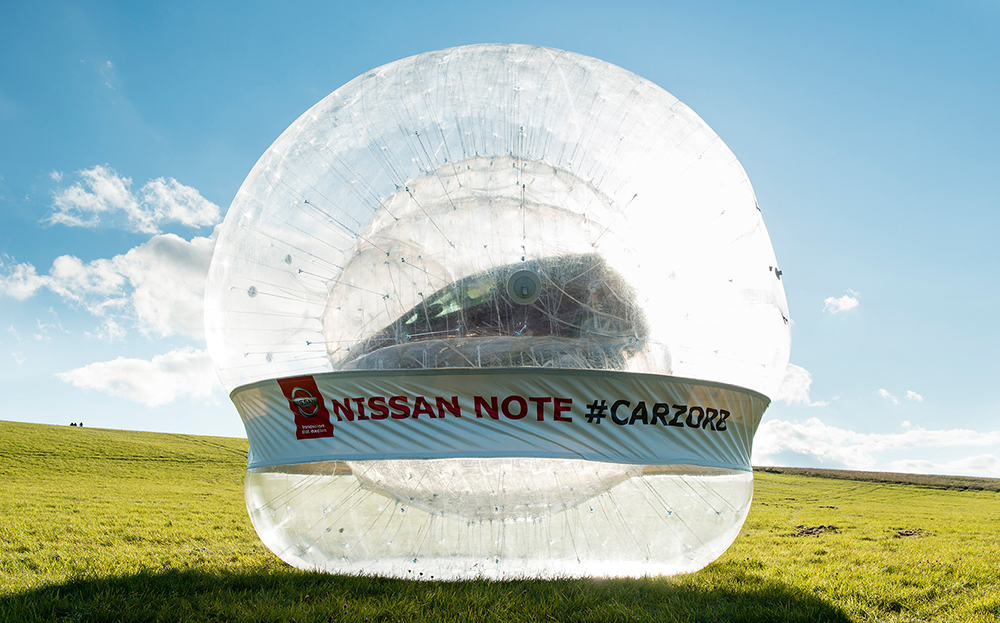 OFFICIALLY, THIS stunt is designed to promote the Nissan Note‘s Safety Shield technology, but creating the world’s largest Zorb – big enough to house the supermini – and sending it rolling down a hill is surely the result of a drunken bet at the marketing department’s summer party.

Search for and buy a Nissan Note on driving.co.uk

Whatever, the huge CarZorb is an impressive sight. Weighing more than a ton (before you put the car in) and 20ft in diameter, it took two months to build and was tested at a military training base in Britain.

Nissan told Driving that it had no plans to bring the CarZorb to car festivals and other events, but we think it would be a great addition to the Goodwood Festival of Speed. Just don’t expect passenger rides.