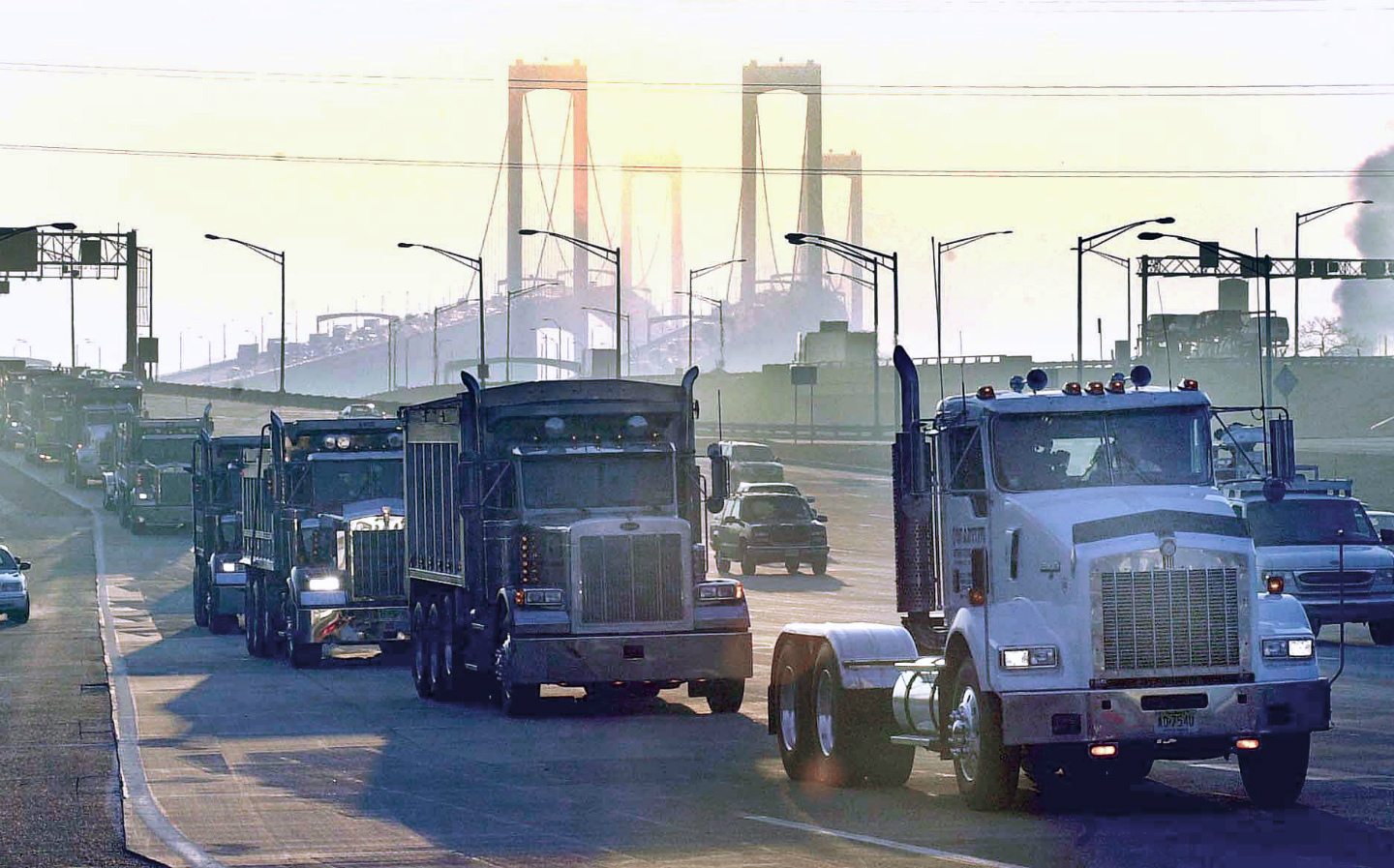 IN THE 1980s film Over the Top, a trucker played by Sylvester Stallone is travelling with his estranged son and suggests dinner at a steak restaurant favoured by fellow kings of the road.

“Sir,” his son replies, “you’re going to be the victim of cholesterol poisoning. Later in life, you’ll just start to rot away.”

This bleak assessment was echoed more recently by the National Institute for Occupational Safety and Health, which surveyed 1,670 drivers and found that 69% were obese and nearly 90% were vulnerable to chronic disease. Against this grim reckoning, a growing cohort of truckers are making some drastic changes. They have taken up cooking.

“Whenever I have a day where I have a little bit more time, I make a roast in my crock pot,” said Tom Kyrk, 42, who drives a 72ft-long refrigerated lorry in eastern Pennsylvania. It roasts as he drives. “You can’t make Gordon Ramsay-style prime rib in the little oven we have on the truck, but that’s about the only thing I can’t do.”

Mr Kyrk started driving 12 years ago and began cooking initially to save money. Eating at truck stops was getting pricier, he said. Some truckers managed to subsist on hot dogs. “But even if you go with the hot dog approach, where it’s two for $3, it’s still $10 to $15 a day. People are worried about high blood pressure.”

On a Facebook group called Big Truck Cooking, drivers swap recipes for curried eggs, or stuffed peppers with sprouts and a cucumber salad. Leading proponents of cab cuisine post YouTube videos in which they sit, or crouch, in the confined space behind the driver’s seat. Haulage companies have begun offering cooking guides for their drivers.

“A lot of the truck drivers are older and they have to pass Department of Transportation physicals,” Jennifer Hintz, of Dedicated Systems in Wisconsin, said. Her company installs refrigerators in all its cabs, as well as auxiliary power units, to help power cooking equipment. Half their drivers say they now cook on the road, she said.

Mr Kyrk, who drives for a company in Dallas and is widely known on the road as Captain Kyrk, is one of the leading lights of the new highway cuisine. “There are some serious foodies among the truckers now,” he said. In a recent demonstration at the Great American Trucking Show in Dallas, he showed his fellow truckers how to do a four-course meal in thirty minutes.

He said the new trucking cuisine is in the tradition of the steam train drivers who once cooked on their engines.

Can the meat-free Impossible burger save the world?