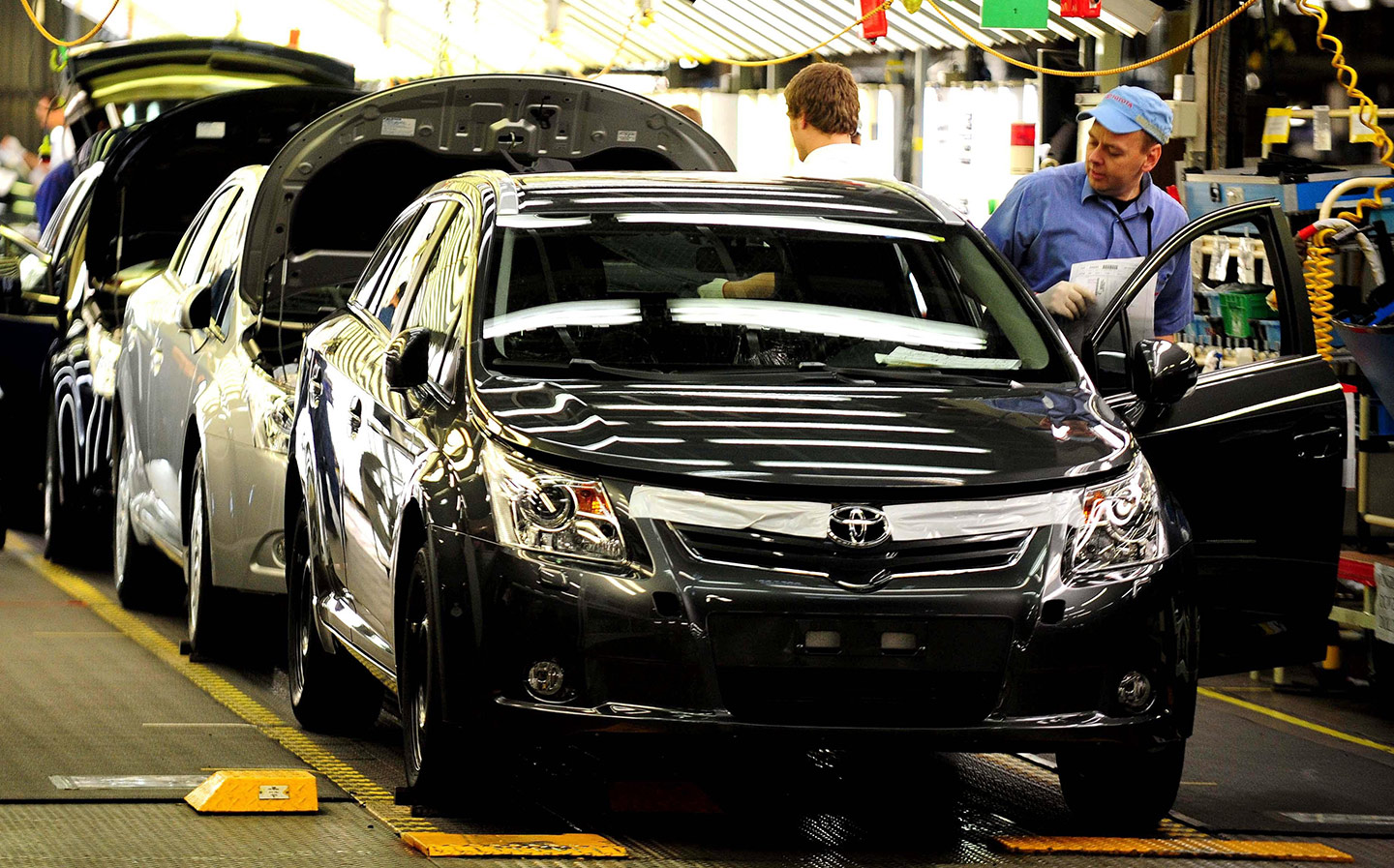 TOYOTA is investing £240m to upgrade a plant in Derbyshire in a sign of commitment to the UK post Brexit. The plan is backed by £21m of government funding.

While announcing the modernisation, the Japanese manufacturer took the opportunity to reiterate its call for “tariff- and barrier-free” access to European markets after Britain leaves the EU. The plant at Burnaston, Derbyshire, exports 85% of the vehicles it produces.

The investment by Toyota follows the decision by Nissan to make its next Qashqai model at its Sunderland plant after it received reassurances from the government that its competitiveness would not be harmed by Britain’s withdrawal from the EU.

Car makers are on the front line of Brexit negotiations because if Britain leaves the EU without a deal, cars and components will face a tariff of up to 10% under World Trade Organisation rules. Customs checks could also wreak havoc with their quick supply chains, which enable them to operate without expensive inventories of parts.

Toyota said the plant would get new equipment and technology. Johan van Zyl, chief executive of Toyota Motor Europe, said the cash injection was a sign of confidence in employees and suppliers. He added: “Continued tariff- and barrier-free market access between the UK and Europe that is predictable and uncomplicated will be vital for future success.”

The government’s £21.3m funding, which is subject to independent assessment, is to support training, research and development and innovation.

Greg Clark, the business and energy secretary, said: “Toyota is one of the world’s largest car producers, and this inward investment underlines the company’s faith in its employees and will help ensure the plant is well positioned for future Toyota models to be made in the UK. As we prepare to leave the EU, this government is committed to ensuring the UK remains one of the best places in the world to do business and we are able to help businesses seize on economic opportunities.”

The investment was welcomed by the Unite union. Len McCluskey, its former general secretary, who hopes to be re-elected next month, said the government must allay fears in the rest of the industry.

“With discussions set to start on the replacement of models such as Vauxhall’s Astra and decisions due on BMW’s electric Mini, it is vital government ministers calm nerves by stating they will secure tariff-free access to the European single market and customs union in Brexit negotiations,” he said.

“This must be backed up with investment in the UK’s supply chain and new technology to ensure the UK remains a world leader in car manufacturing. The car industry is one of the jewels in our nation’s manufacturing crown; government ministers must work with us to keep it that way.”

Burnaston, one of two Toyota plants in Britain, produces the Auris and Avensis models. The other plant, at Deeside in north Wales, makes engines.