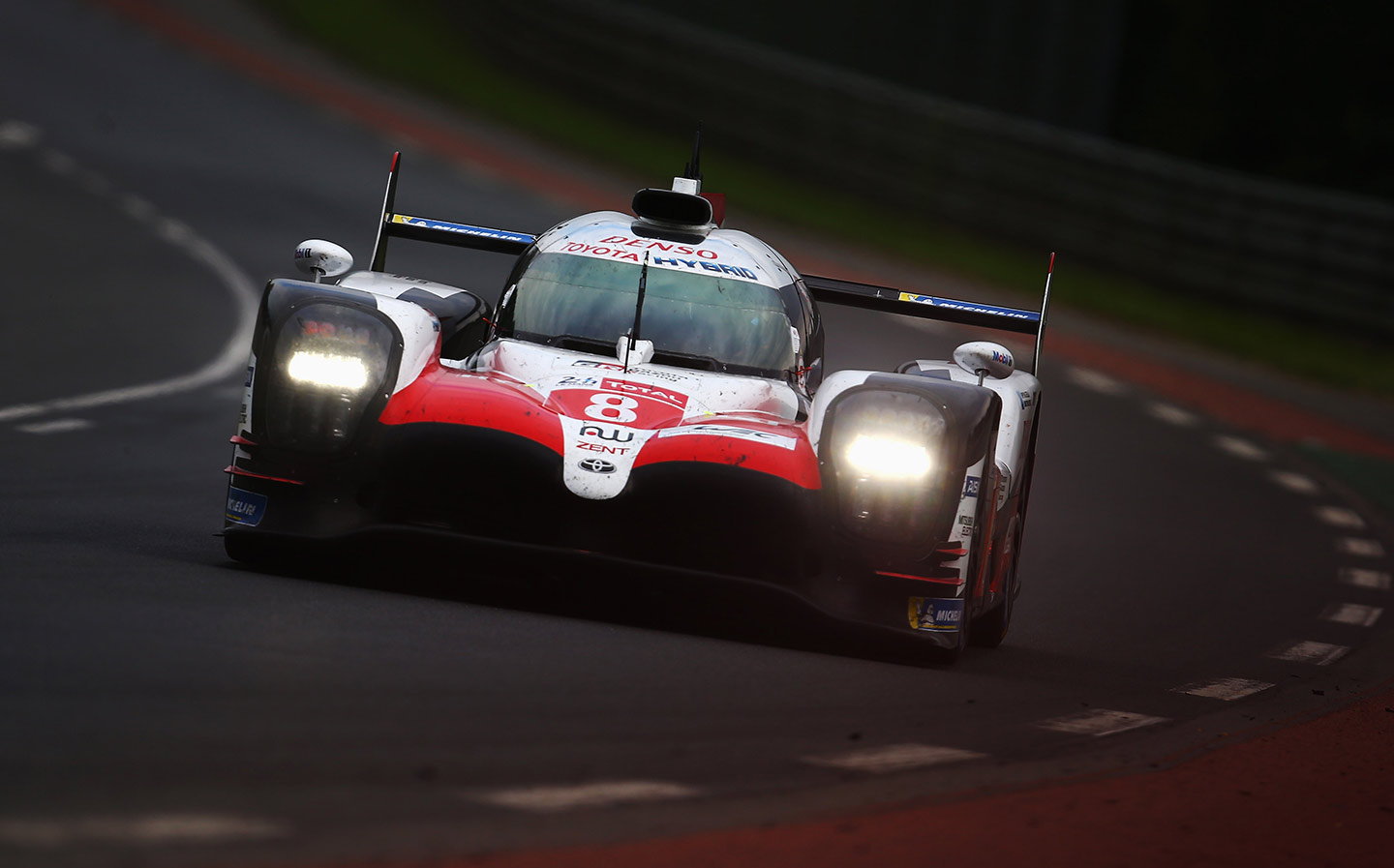 TOYOTA scored an emphatic one-two in the 2018 Le Mans 24 Hours with its pair of 1,000hp TS050 Hybrids, finally putting to bed the company’s years of disappointment in the world’s most famous race.

Behind the wheel of the winning car was former F1 driver Kazuki Nakajima, who shared the honours with team-mates Fernando Alonso, the former F1 world champion, and another F1 alumnus, Sébastien Buemi.

Toyota first competed in the Le Mans 24 Hours in the 1980s, coming close to winning on several occasions, most heartbreakingly in 2016 when Nakajima was forced to retire from the lead with just one lap to go — a horrible blow after such a long battle with the might of Porsche and Audi that year.

For the Japanese driver, that memory was banished as he finally brought home his #8 Toyota for the historic victory.

The win is no doubt a sweet one for the Japanese marque but critics could argue that it was less of a challenge this year, given that its big German rivals in thetop Le Mans Prototype 1 (LMP1) class have both pulled out of the sport — Audi following the 2016 World Endurance Championship season and Porsche at the end of last year’s championship.

That has left Toyota as the only ‘works’ team in LMP1, and the only hybrid-powered car, with the rest of the field made up by traditionally-powered privateer teams.

To try and level the playing field, the sport’s governing body tightened the “balance of performance” rules, with Toyota allowed less fuel per lap, but it wasn’t enough to prevent both Toyota cars controlling the race from the front for the full 24 hours, having started from pole position. The team also collected the fastest lap of the race in a clean sweep of honours,

It wasn’t all plain-sailing, though. The second-placed #7 Toyota had a scare with just over an hour to go in the race, after it slowed down on-track, resulting in more than a few worried faces in the Toyota garage — and hospitality unit, where guests were hosted. It turned out the car had failed to come in for a fuel stop and so driver Kamui Kabayashi was ordered to lift off and nurse the car back for more petrol on the following lap. 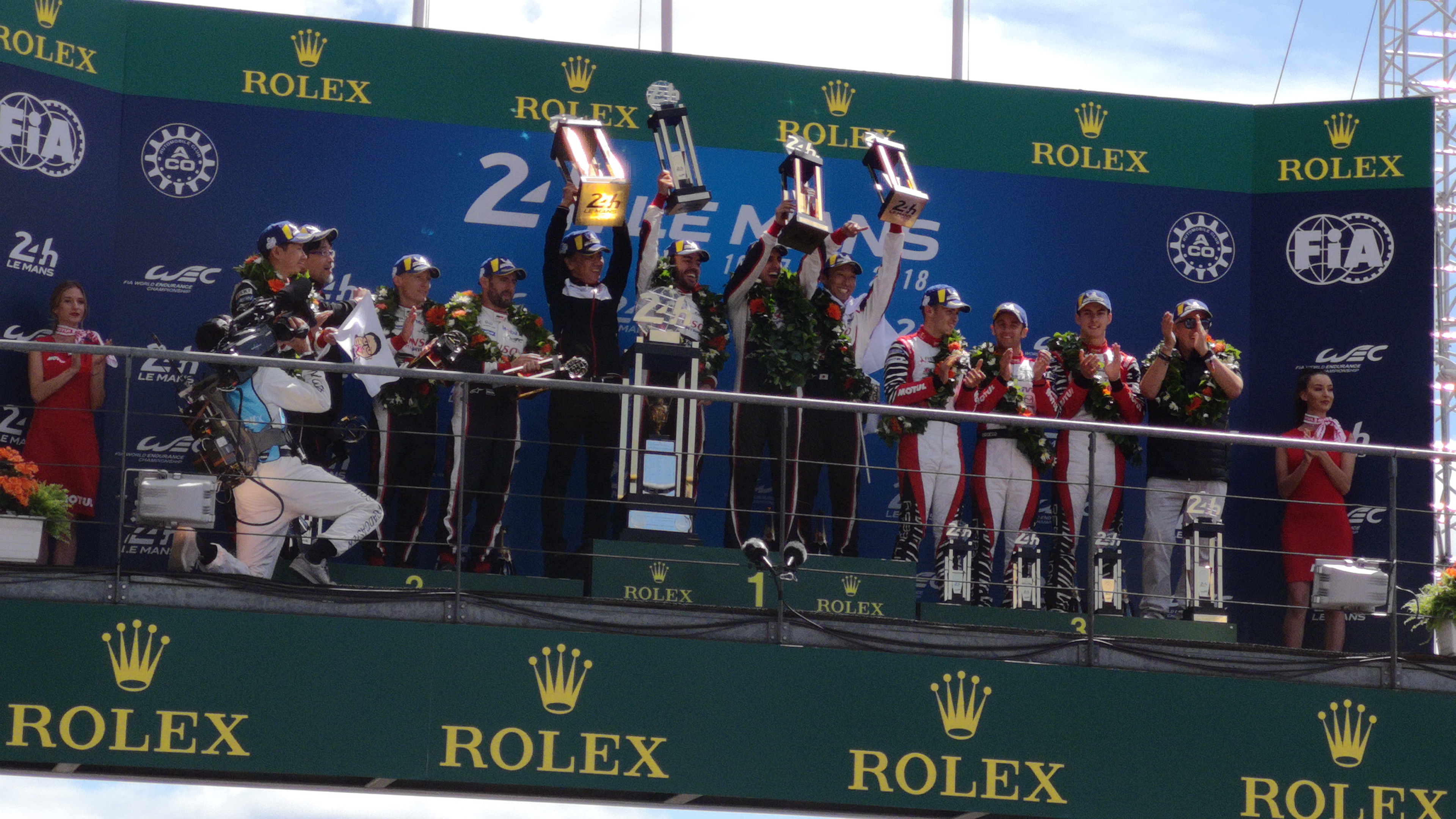 Still, the advantage over the third-placed car of Rebellion Racing of 12 laps was easily enough to allow this all to play out without endangering Nakajima’s chances of the second spot on the podium..

Alonso’s former F1 team-mate Jenson Button’s race ended with less than an hour to go, following an apparent engine failure. Button announced the car’s expiry over team radio with the words, “Game over, guys. Game over.”

Although his #11 SMP Racing car was in the same top-flight LMP1 class, overall glory was always a tough ask given the might of the manufacturer-backed Toyota team, but any glimmer of hope was all but extinguished after the car lost three hours over two pit-stops in the first six hours of the race, with mechanical issues.