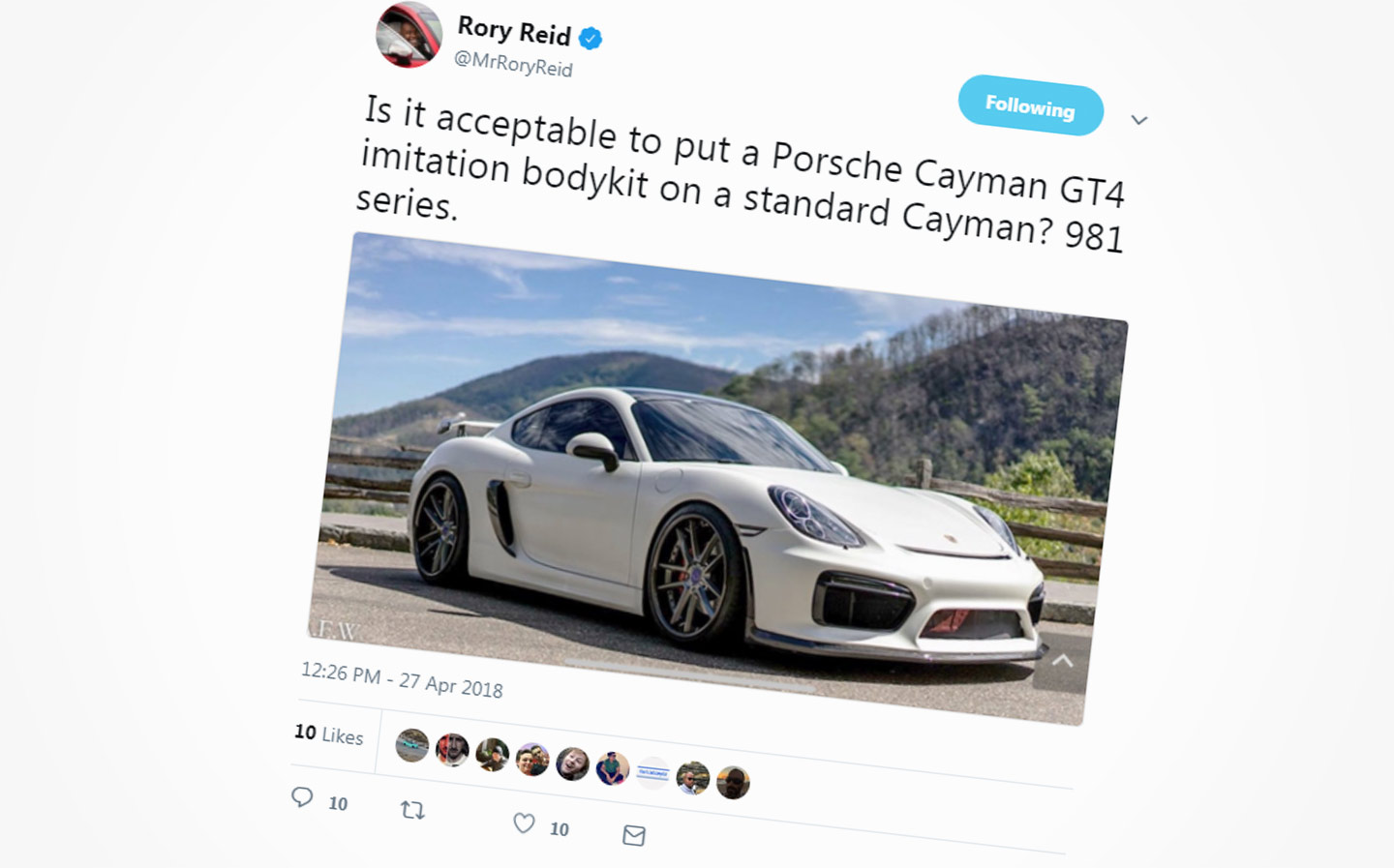 And what would you say to a person who was considering adding a bodykit from a hot Porsche Cayman GT4 to a standard 981 series model?

If you are shouting “No!” at the screen, you’re not alone; that’s what the majority of Top Gear presenter Rory Reid’s Twitter followers said when he mooted doing just that.

And you’d be in good company — Reid’s co-presenter Chris Harris was quick to respond with that simple, yet cutting, one-word response.

Reid’s enthusiasm for the idea only grew after reading Harris’s answer. “I might do it just to piss you off,” he said.

What do you think?

Should Rory Reid fit a Cayman GT4 bodykit to a standard 981?
Created with QuizMaker