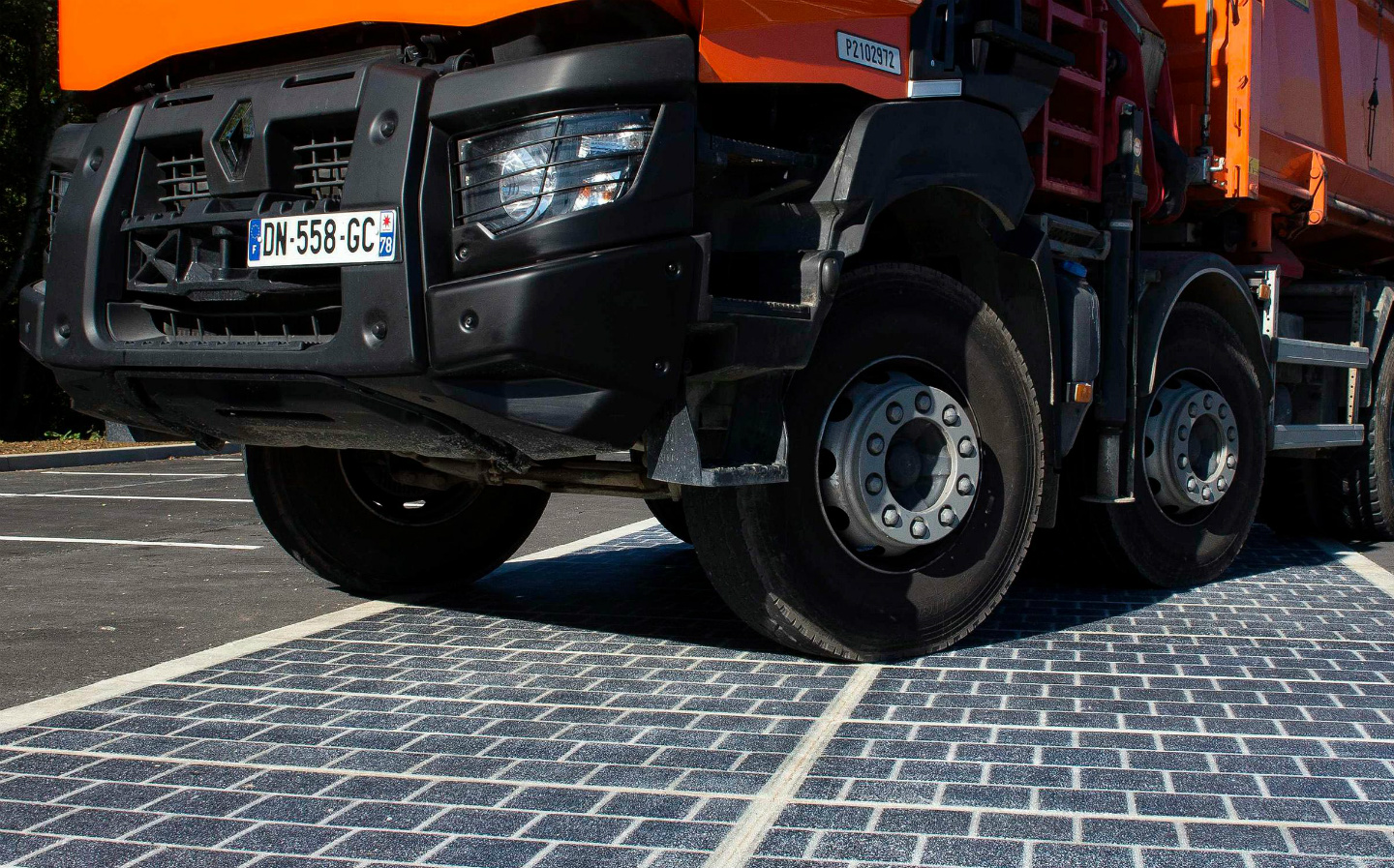 A ROAD covered in a layer of thin solar panels that can help power homes and offices is to be built in the UK next year.

The quarter-inch photovoltaic material can be glued on top of a traditional road surface and is tough enough to withstand lorries driving over it, according to the engineers behind the scheme.

Colas, a subsidiary of the French engineering firm Bouygues, is planning to test its Wattway solar road at up to three trial sites in the UK. One of the locations is likely to be near Cambridge.

“The potential behind this is huge, if you [consider] the number of square kilometres of road that are available for energy instead of building big solar farms in fields,” said Pierre Trotobas, Colas’s development manager. “There is no issue of public acceptance.”

The solar panels, which can also be glued onto cycle paths and car parks, are coated in a glass bead resin to give vehicles grip and prevent skidding. As well as being fed into the grid, electricity generated by the roads could be used to power street lights and electric road signs, and to charge electric vehicles.

Colas is planning about 100 trials worldwide and has installed more than half a mile of the material in the village of Tourouvre in Normandy. Just 30,000 sq ft of solar panels would be able to power all the public lighting in a town of 5,000 people, according to the firm.

While the cost of the road is reportedly between £1,697 and £2,121 per square metre (10 sq ft), the company hopes to make the technology competitive with solar farms in cost by 2020.