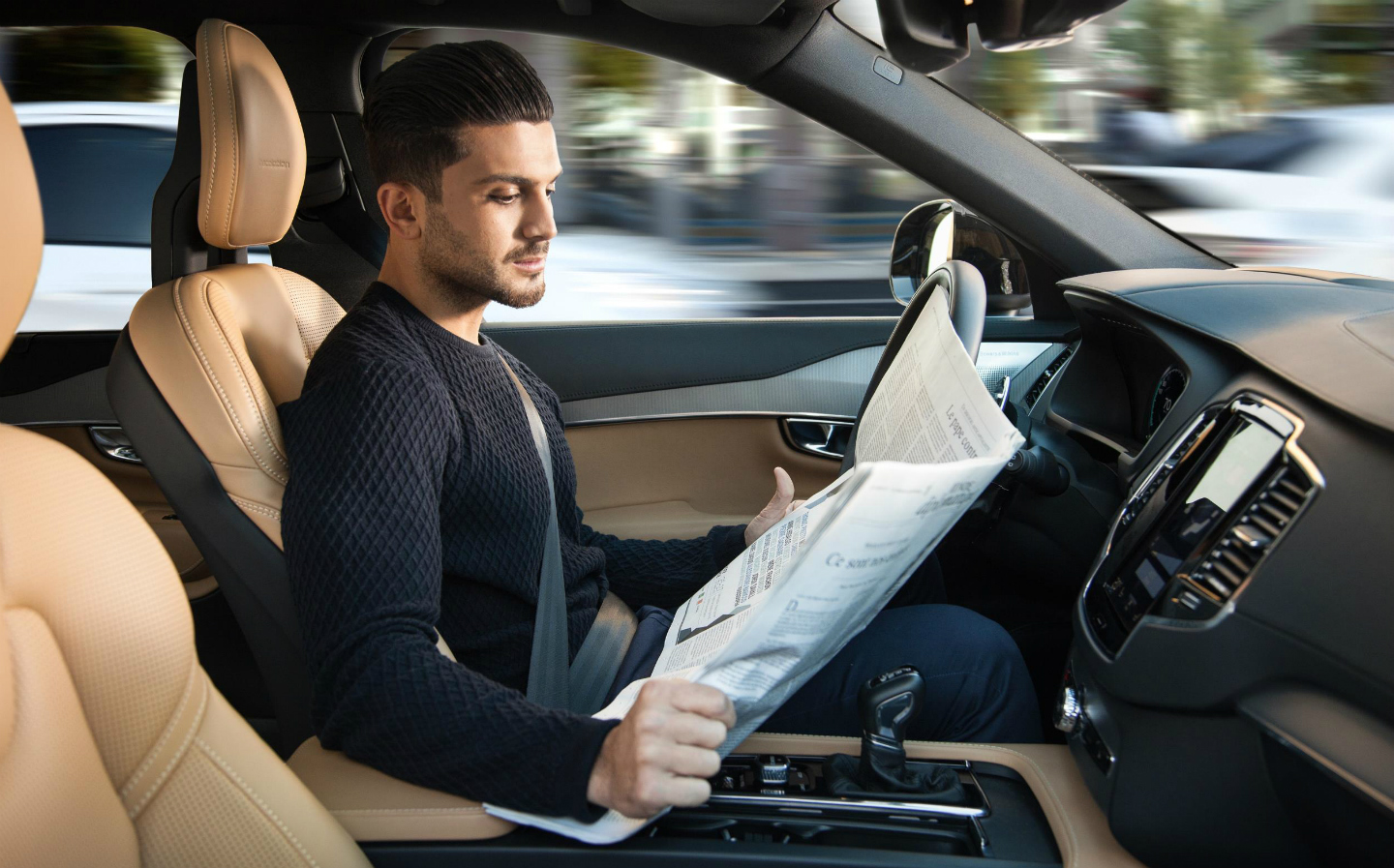 THE LATEST new cars in showrooms are a technology fan’s dream and are seen by the average driver as a way to make the process of driving less laborious.

Numerous models, including cars from Audi, BMW, Mercedes and Nissan, are capable of driving and steering themselves on main roads.

However, no matter how clever the systems that manage speed, regulate the gap to traffic in front and even change lanes for a driver, the government is updating regulations to require self-steering systems to switch off should drivers remove their hands from the wheel for more than a minute.

The revisions to new car “type approval” and the Highway Code and are being put in place to catch up with advances in self-driving technology.

But critics argue that they lead to inattention. Last month, the owner of a Tesla Model S was caught on camera using his car’s self-driving Autopilot function while sitting in the passenger seat. Bhavesh Patel, who told the court he was “the unlucky one who got caught,” was banned from driving 18 months.

In April, vehicle regulations were updated to ensure all newly-launched cars with automated steering will visually prompt drivers if they take their hands off the wheel for more than 15 seconds.

After 30 seconds, an audible warning – much like a seat-belt alarm – will sound, and if the driver fails to respond for one minute, the self-steering system must switch off. New cars that were on sale before the April introduction will have to have the alarms in place by April 2021, to comply with regulations.

Ministers want the Highway Code to be updated to address the grey area around self-driving technology. The revised Highway Code will state: “Do not rely on driver assistance systems such as motorway assist, lane departure warnings or remote control parking.

“They are available to assist but you should not reduce your concentration levels. Do not be distracted by maps or screen-based information while driving or riding. If necessary find a safe place to stop.

“If you are using advanced driver assistance systems, like motorway or traffic jam assist or a remote-control parking application or device, then you as the driver are still responsible for the vehicle and must exercise full control over these systems at all times.”

A spokesman for the Department for Transport told The Telegraph: “Self-driving vehicles have the potential to bring enormous benefits to the UK – improving mobility, increasing safety and reducing the cost of driving.

“The UK is one of the best places in the world to test these vehicles, but we must ensure that robust safety standards are rigorously observed.