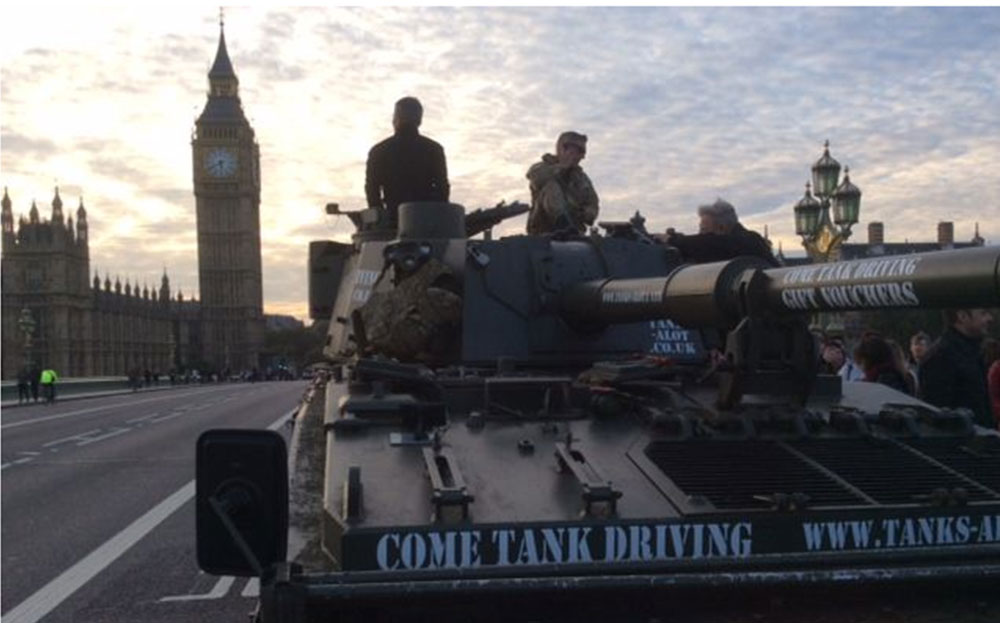 IT’S ONE way of stopping the traffic. Sightseers will soon be able to tour London in a 17-ton British tank.

The company providing the service says it is the first time fee-paying passengers have been able to travel around the capital in an armoured vehicle.

Tod Chamberlain of Tanks-a-Lot, which is hiring out the vehicle, says passengers will not only see the sights; they will become one of the sights.

“When people see it on the streets, the place comes to a stop,” he says. “Pedestrians, traffic … everything freezes and people just smile and stare at it.”

When it was in service, the FV433 Abbot self-propelled gun, to give it its correct name, could fire a 105mm artillery shell 16 miles. Fortunately, its gun no longer works.

The 50-year-old Abbot is powered by a Rolls-Royce engine and has a top speed of 29mph. It is old enough to be exempt from road tax and because it is a tracked vehicle, it’s exempt from the MoT test, too. However, it does qualify for the congestion charge.

“It leaves a plume of diesel smoke wherever it goes,” Chamberlain admits.

Tours cost £1,500 but the vehicle does have a secret weapon to cope with traffic jams. If push comes to shove, it could cross the Thames.