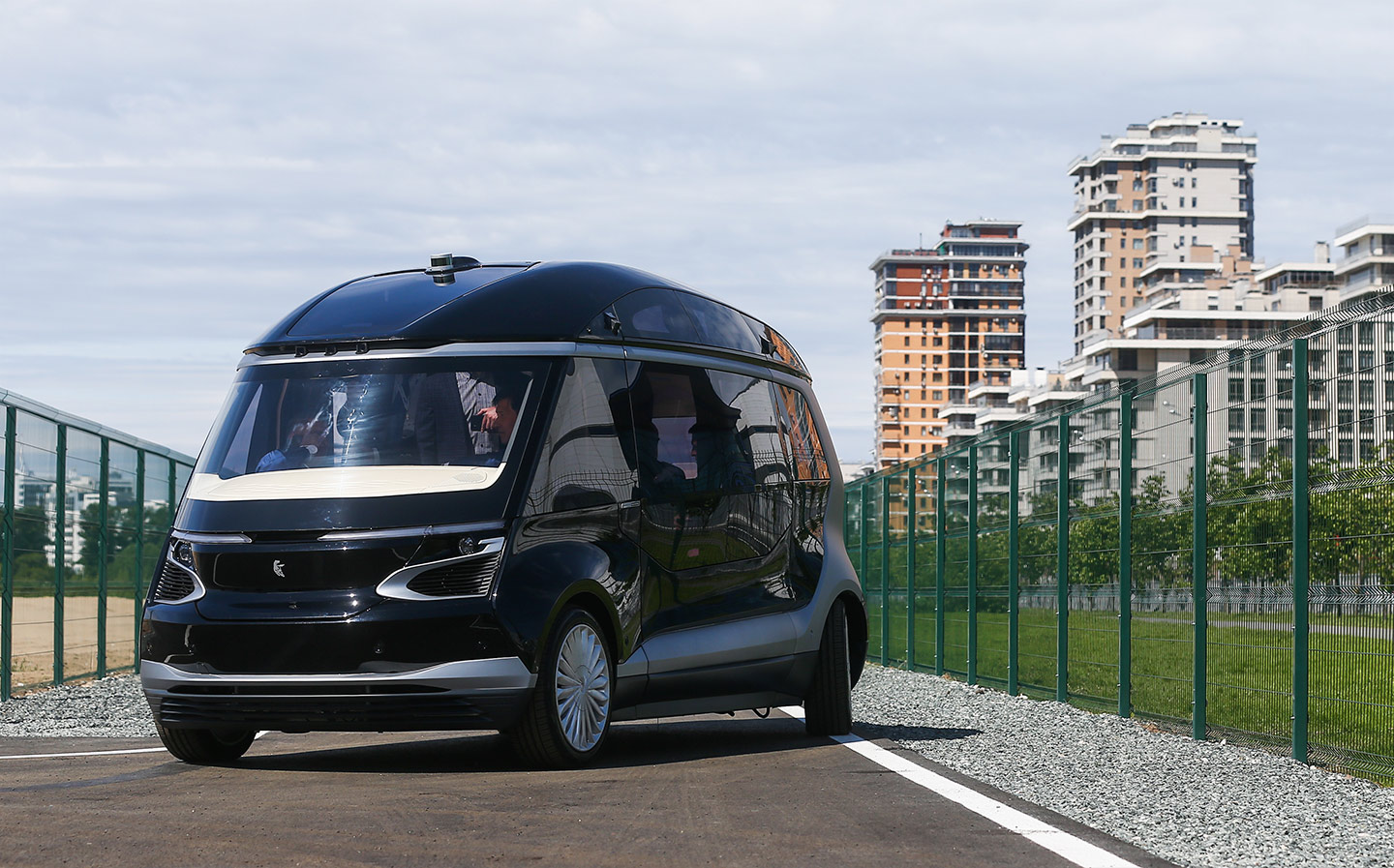 A SELF-DRIVING bus has made its maiden journey on the roads of Kazan, one of the 2018 World Cup Russia host cities, as part of a state-backed push into driverless vehicles.

Agricultural equipment company Kamaz PJSC, Russia’s largest truck maker, laid on the vehicle’s first journey on Saturday. It carried French and Australian fans 650 metres, from Kazan’s World Cup “fan zone” meeting point, along a designated, closed road — fenced off to humans and animals, to avoid collisions — to a stop quite some distance away from the Kazan Arena, leaving fans to walk the rest of the way, reports Bloomberg.

The article claims Kamaz wanted the buses to take the fans all the way to the stadium but the firm was overruled by authorities. No government agency has developed regulations for autonomous cars, so road testing is constrained to designated testing zones.

Driverless buses are currently being developed by British, French, German and Russian companies.