The advent of DAB radio has improved the wireless listening experience by offering a broader selection of stations and better sound quality than its FM, MW and AM forefathers.

Car manufacturers have been slow to catch on to the DAB revolution, with many still offering the feature as an optional extra on new models. But it is owners of older vehicles that are really missing out.

The Highway 400 from Pure, a leader in the DAB field, is an aftermarket digital radio with Bluetooth music streaming and the promise of uncomplicated installation.

Open the box and you are greeted by a small wireless controller, which fits neatly onto most car dashboards via the included bracket, a digital receiver and a small antenna designed to stick to the inside of the windscreen.

Pure claims that the system is “plug and play” — add power and it should simply work — but in truth there is some kerfuffle involved in getting the thing running properly. 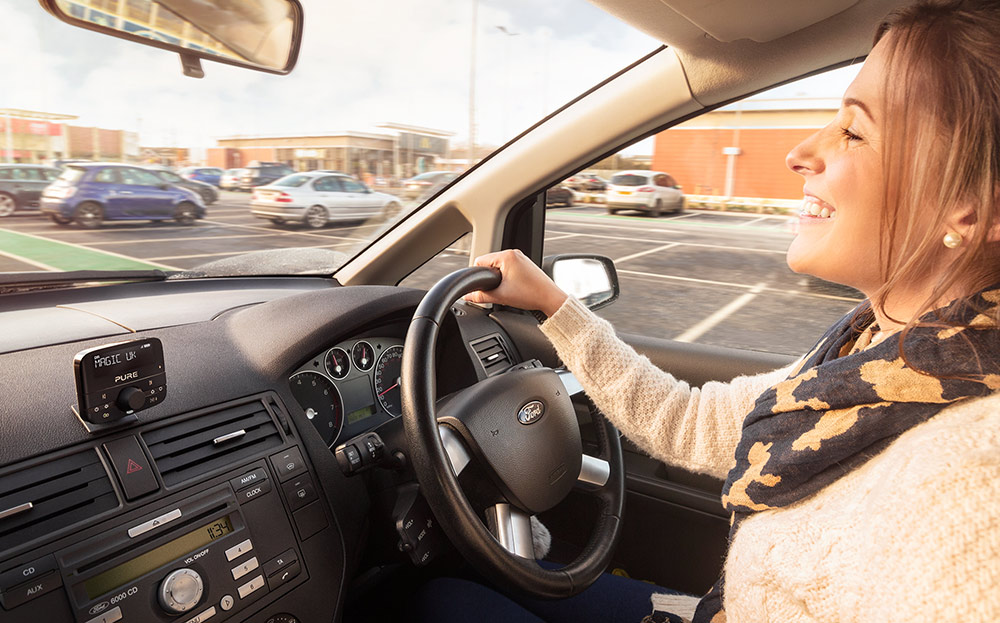 First of all, the inside of the windscreen must be clean and dry to ensure the wiring adhesive works correctly. Second, the roof lining must be pulled down gently and a magnetic “grounding tail” added. This clips into the receiver, which is around the size of a matchbox and sits in the left-hand corner of the windscreen.

Finally, an adhesive DAB film antenna is also slapped onto the windscreen. The wiring for the auxiliary and USB power cable is designed to run along the glass, with small adhesive clips stopping it flapping in the passenger’s face.

Get the setup wrong, and the inside of your car can resemble the cable equivalent of Spaghetti Junction, which is why Halfords suggests you have one of its experts install it for you when you “click and collect” (currently an additional £30). This is plug-and-play in the same way as an Ikea wardrobe is ready to use out of the box.

The unit can also be “hardwired” into many existing infotainment units, which does away with lots of the wiring hassle but may incur an extra fee from a professional installer.

Those not particularly concerned with aesthetics can plug into any existing USB slot or 12V (cigarette lighter) socket via the included adaptor, meaning that the unit is compatible with most cars currently on the road. Note that the wireless controller requires two AAA batteries, which are included.

The vehicle I used to test it had an aux-in socket, which meant I could pipe crystal-clear DAB sounds into the existing head unit. But those without an aux slot can set the Highway 400 to broadcast over an empty FM slot on the radio. Don’t expect the sound quality to be as good, though, and reception may cut in and out as you travel. 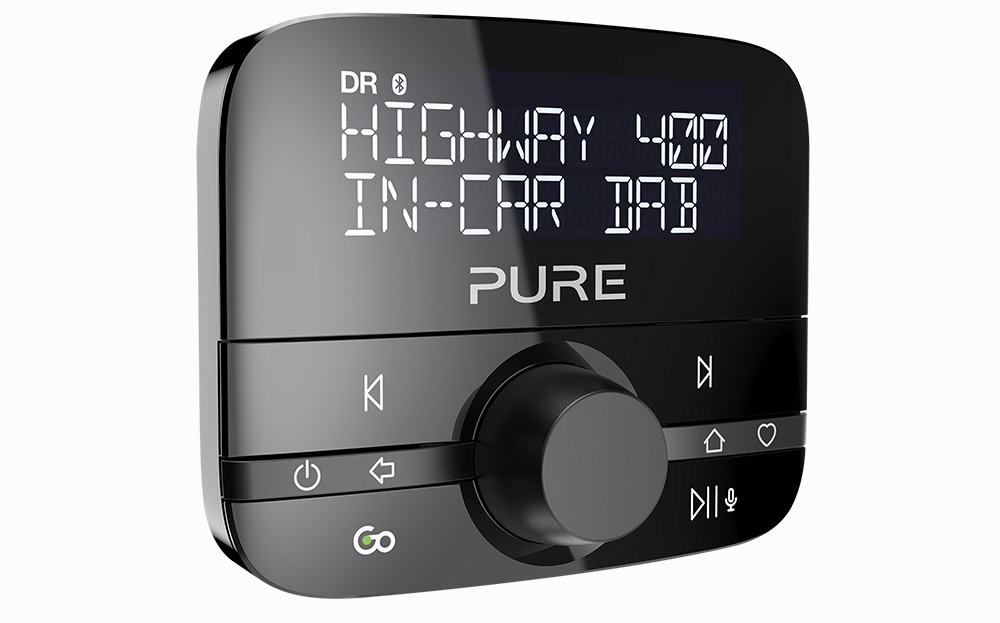 Once set up, the unit is a doddle to use, with a clear LCD display, a small rotary dial and eight buttons acting as controls. Nonetheless, the Highway 400 loses a couple of points in the build-quality department, as it’s a struggle to get the plastic wireless controller out of the bracket, should you want to hide it away from thieves, and the smaller buttons are a bit fiddly.

In its defence, it manages to cram a lot into that slightly cheap plastic package, as it doubles up as a Bluetooth media system for easy streaming from smartphones and tablets.

Navigating the menus is easy, and hands-free smartphone assistants, such as Apple’s Siri and Android’s Voice Command, can be activated via a small button on the controller, making the system much safer to use when you’re behind the wheel.

To add to the digital experience, users can download the Highway Go app and “tag” songs heard on the radio by pressing a small button on the wireless controller and saving them to a playlist for later. Pure offers this service free for the first 12 months.