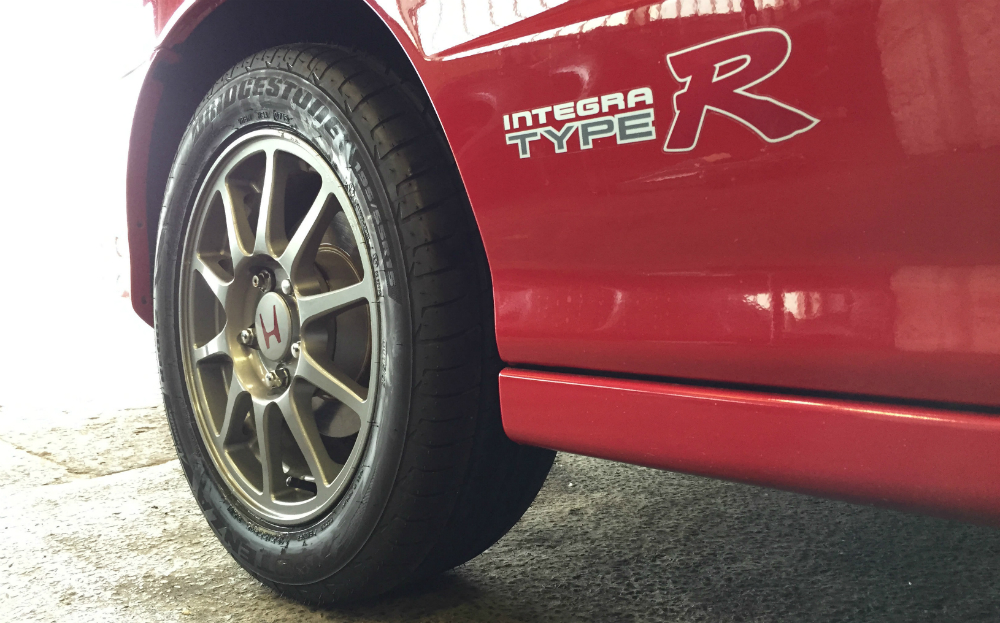 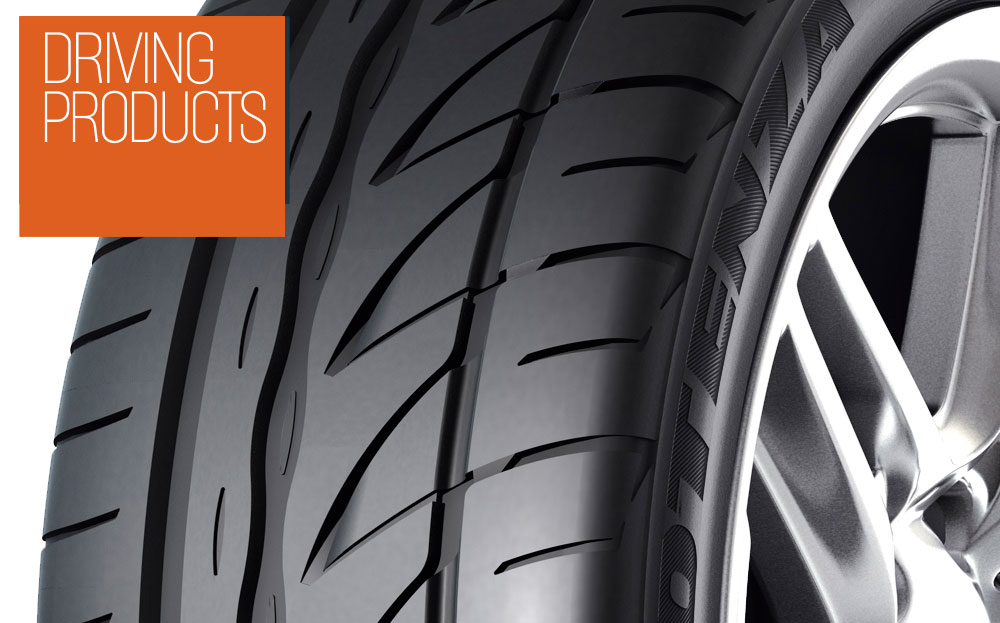 DRIVERS WHO own an older car can’t fail to have spotted a trend in new models: the wheels are growing bigger. That means the tyres are growing in size too. As small wheels become less common, finding a high-performance tyre for an older sporty car becomes increasingly tricky.

The Bridgestone Potenza Adrenalin RE002 is one of the few tyres that are designed for sports cars but come in smaller sizes. It will fit wheels with a rim diameter of 15, 16, 17 or 18 inches and comes with a “W” speed rating, which means it’s approved for travelling at up to 168mph. That should see you through.

We fitted the RE002 tyres to a car with 15in wheels that demanded high-performance tyres: a 1999 Honda Integra Type R. The forerunner to the RE002, the RE010, used to be fitted as original equipment to the Integra Type R; would the updated tyres make a difference to the car?

The first impression was of a far smoother ride. Although the RE010s that were replaced had plenty of tread left on them, one pair was 10 years old, the other seven. Tyres grow brittle with time, and the RE002s were a revelation, helping the car slip over potholes and lumps without any of the crash, bang, wallop of the RE010s.

The steering was lighter too, but with no reduction in feedback. The RE002 behaves as you’d want at the limit of cornering, gradually releasing its hold of the road once it passes its very high level of grip in a way that inspires confidence. 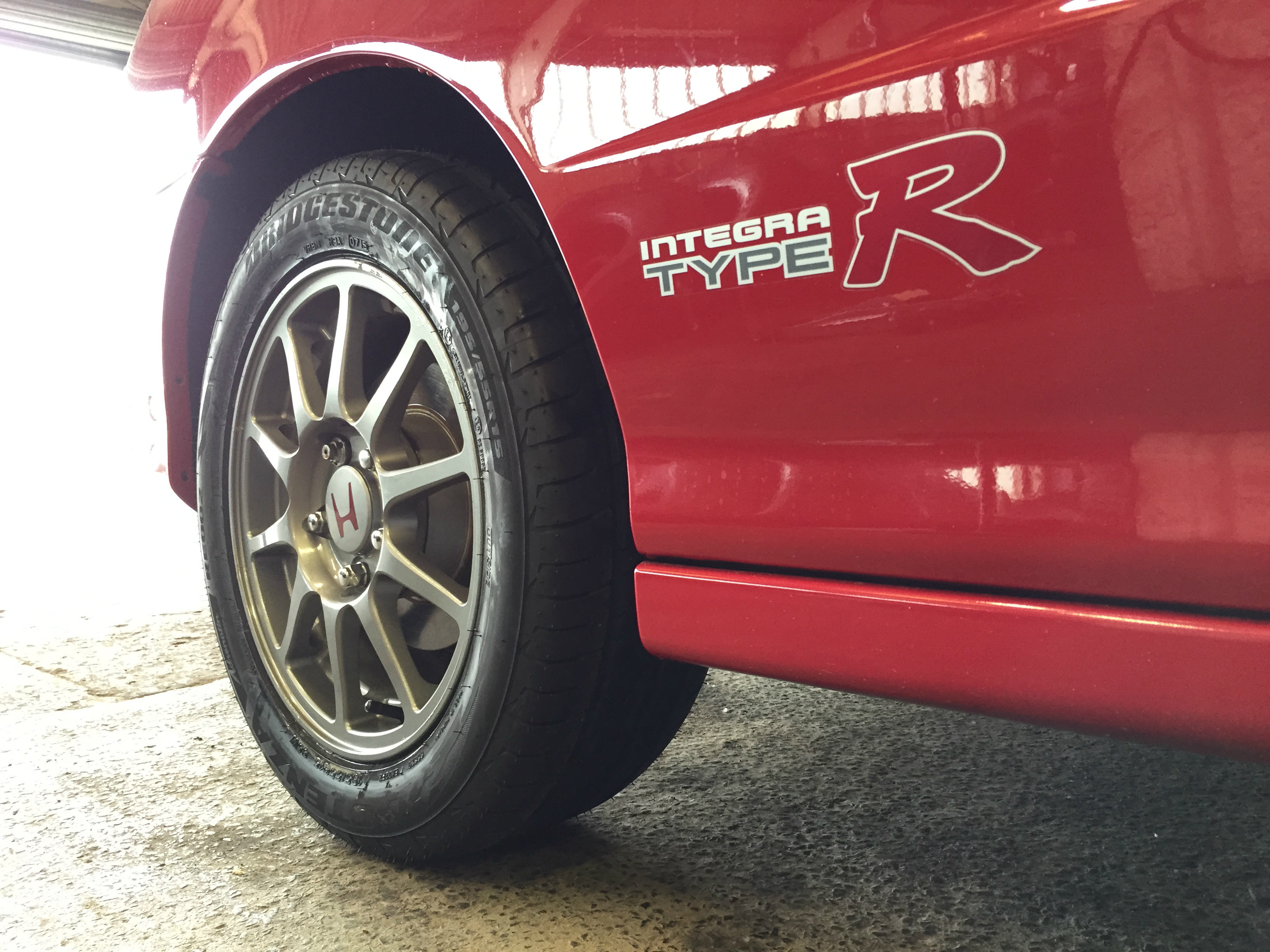 So how would it fare in the wet? All too often, high-performance tyres deliver the goods on dry roads but fall to pieces when it’s raining. No such behaviour from the RE002. The car remained secure and stable at all times, and, again, when the limit of grip was breached, the Type R would gently start to edge off the line of a turn.

We’ll be putting the RE002 to the test on a racetrack soon (see update, below), and comparing it with other high-performance tyres. There may be better tyres in larger sizes, but we found this Bridgestone gave as good a performance as any small tyre we’ve tried.

They cost about £70 each fully fitted, though you may find a better price by shopping around online.

The Bridgestone Potenza Adrenalin RE002 were finally put to the test on a race track, after a trip to the historic Goodwood Circuit presented an opportunity for some hot laps in the Honda Integra Type R.

The track is fast and fairly unforgiving. Make one mistake, and because there is precious little space for run-off – it doesn’t appear all that different to its original configuration of 1948 – a driver can quickly find themselves ‘parking’ their pride and joy against immovable soil banks at speeds of over 100mph.

It goes without saying, therefore, that a good tyre should not only grip the surface of the track with tenacity, but also relinquish that grip progressively, so that a driver can push a car right up to the limit of adhesion, without fear of overstepping the mark.

This is where the RE002 comes into its own. It hunkers down with determination,  generating impressive levels of grip and refusing to wash out at the front, even after a handful of flying laps. In fact, the harder you pushed the car to the ragged edge of adhesion, the harder the tyre seemed to work.

Beyond this point, it gradually switches from grip to slip, so there are never any heart-in-mouth, trousers-in-the-wash moments.

By the end of a 10 lap session, driving right at the limit of adhesion, there was some slight graining (wear) of the inner tread blocks, which is to be expected, but to be honest, the tyres outperformed the brakes. So the next job for the Integra Type R is to consider how the pads and discs could be improved…