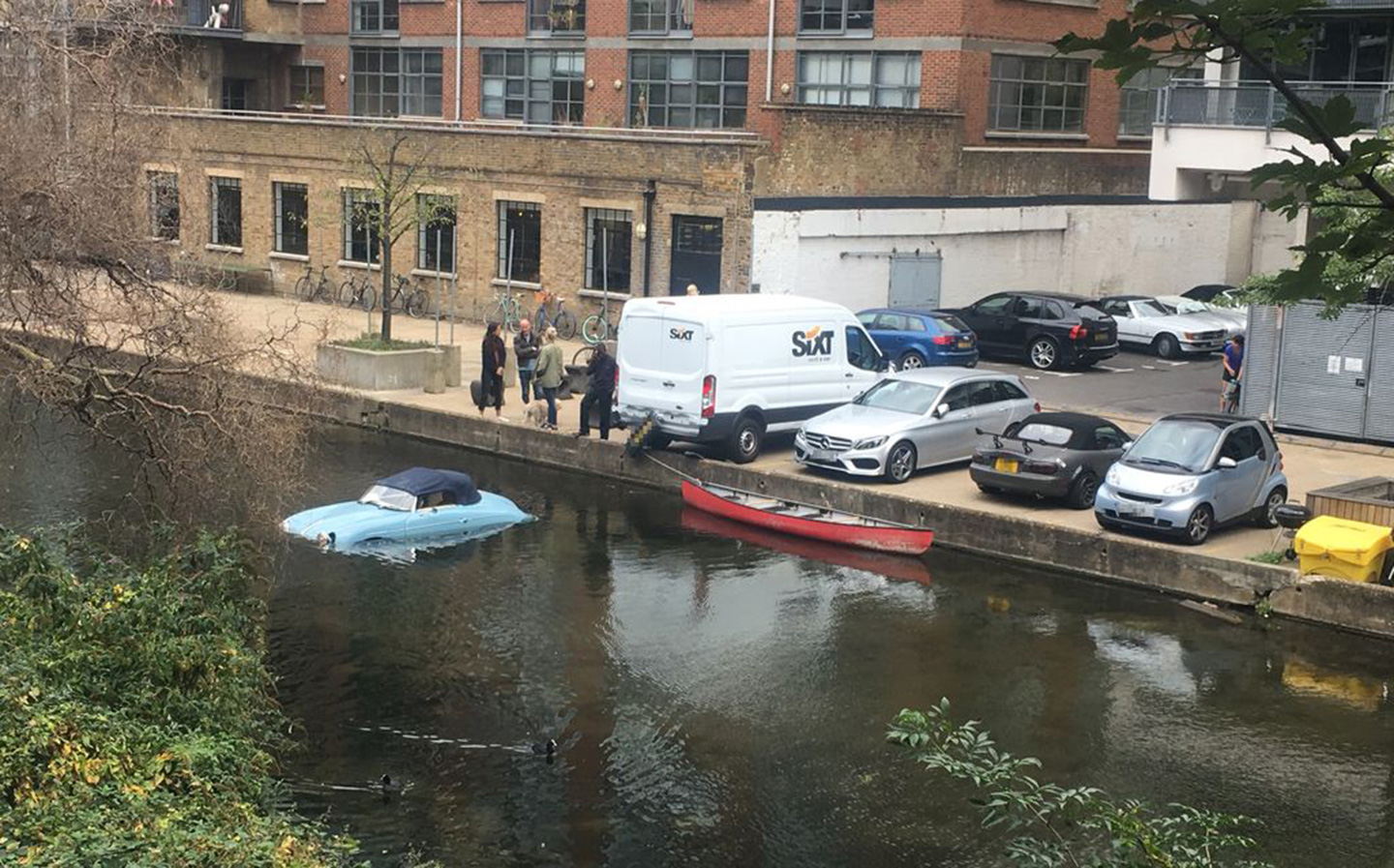 A REPLICA of a classic Porsche is expected to be written off, after the recreation car ended up partially submerged in London’s Regent’s Canal.

The bizarre incident occurred on October 3, when the copycat car was shunted into the waterway by a reversing van. According to reports, the van driver wasn’t aware the replica roadster had been parked there when he was making his manoeuvre.

A recovery crew spent most of the afternoon trying to get the Volkswagen Beetle-based sports car out of the canal. By the following morning, the Chesil 356 Speedster (which was up for sale at the nearby AutoVero classic car dealer for £29,950) had been brought back on dry land.

Speaking to The Sun, the AutoVero boss Kalvin Cauldwell revealed the convertible has only been parked outside so photographs could be taken of it for a listing on the dealer’s website.