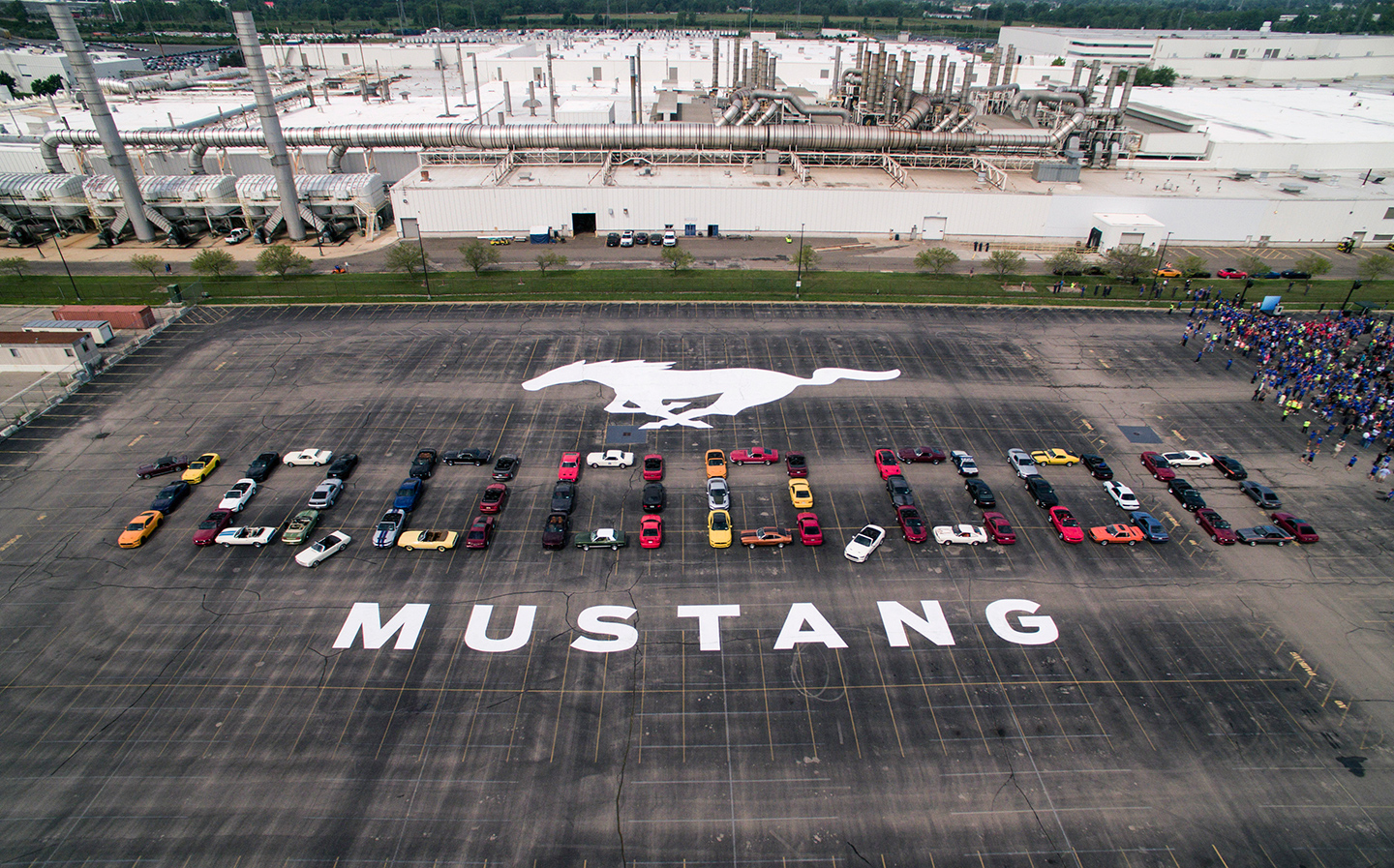 THE MUSTANG, America’s most famous muscle car, has passed a milestone few at Ford could have predicted when it was launched in 1964, after the 10 millionth model rolled out of the Flat Rock factory in Michigan.

The feat suggests workers at the Ford factory are a productive bunch, building an average of 500 Mustangs each day.

To mark the occasion, a special ‘Stang was crafted to a very appropriate spec. To mirror the aesthetic and technical details of the very first Ford Mustang, the 10 millionth example was derived from a Ford Mustang GT Convertible; complete with a V8 engine under the bonnet and the exterior finished in the same shade of Wimbledon White that adorned the inaugural car, 54 years ago.

Ford laid on quite a celebration for the occasion, inviting more than 60 owners of various Mustangs to bring their cars to the factory and enjoy a flypast of three World War II-era P-51 Mustang fighter aircraft.

With so many Mustangs being sold over the years, it’s almost a given the Ford has topped many a sales chart. As well as being the best selling sports car in America ever since 1966 (by which point a million Mustangs had already been sold), the fast Ford has also been a hit with European motorists and become something of a cultural icon, helped in no small part by its starring role in Bullitt, a blockbuster often said to feature the best car chase of all time.

The Mustang has a very exciting future ahead of it too. Ford will launch the most powerful stock version of the car yet (the 700bhp Shelby GT500) next year, with the Blue Oval also confirming an eco-friendly hybrid version is in the pipeline.