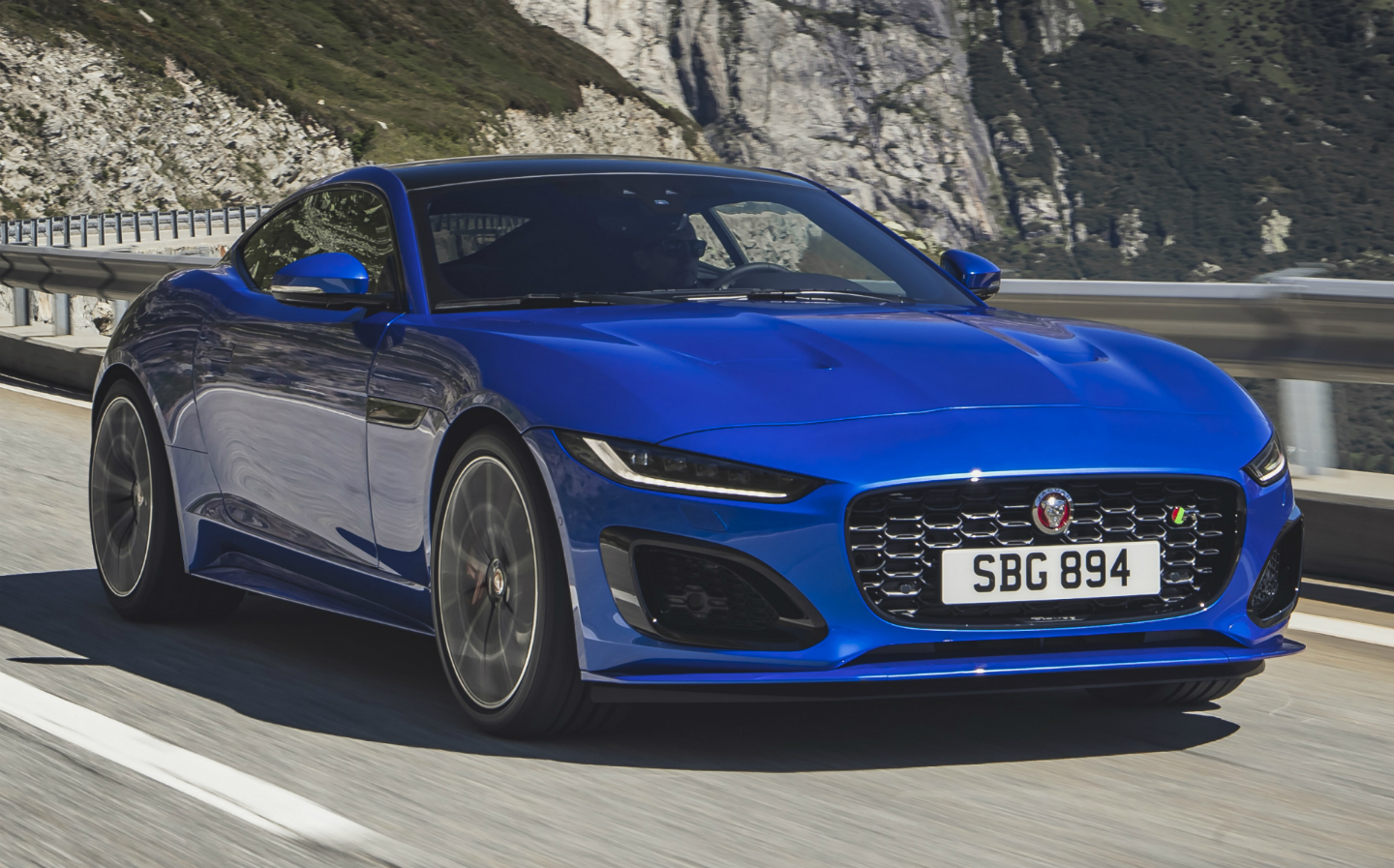 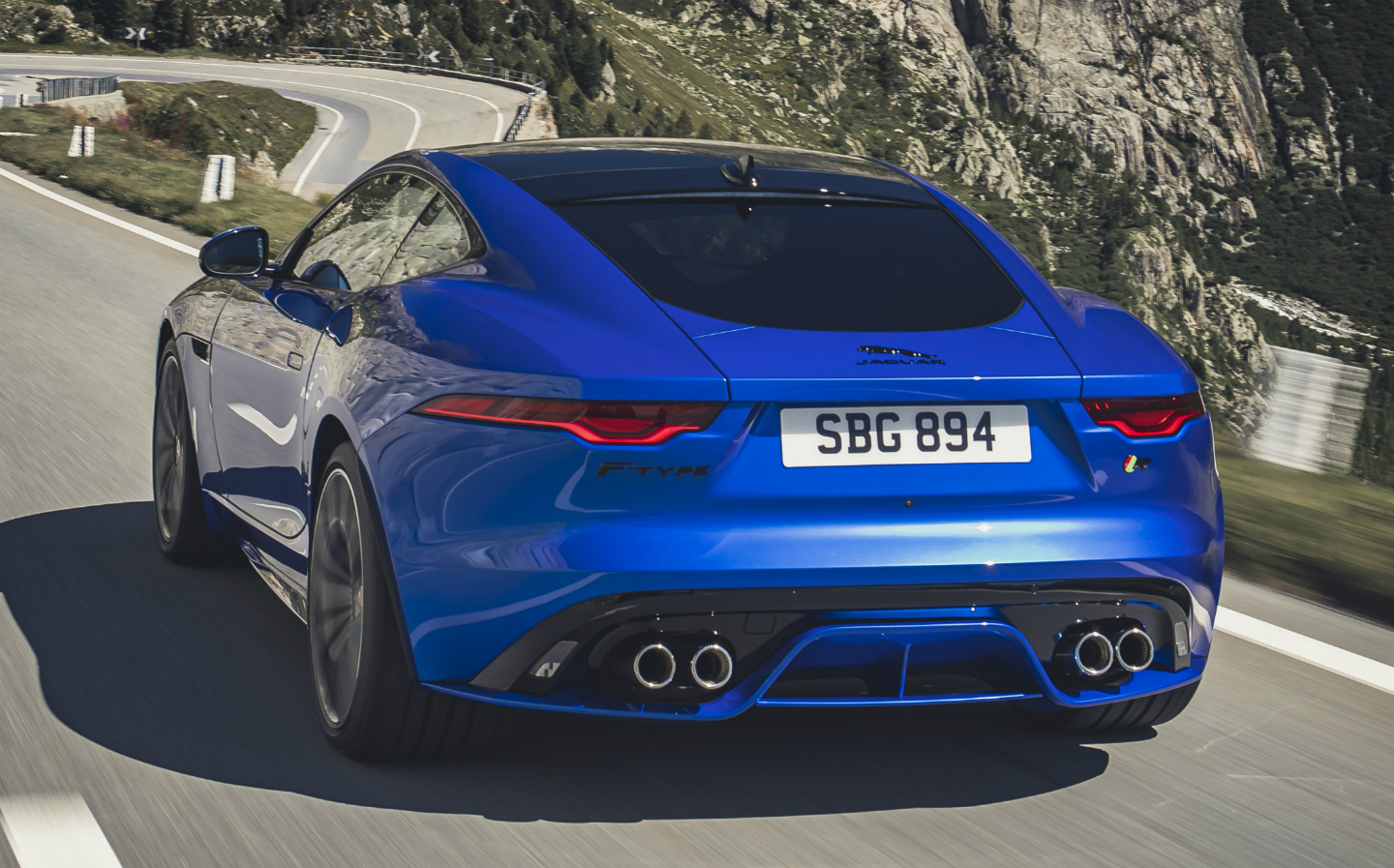 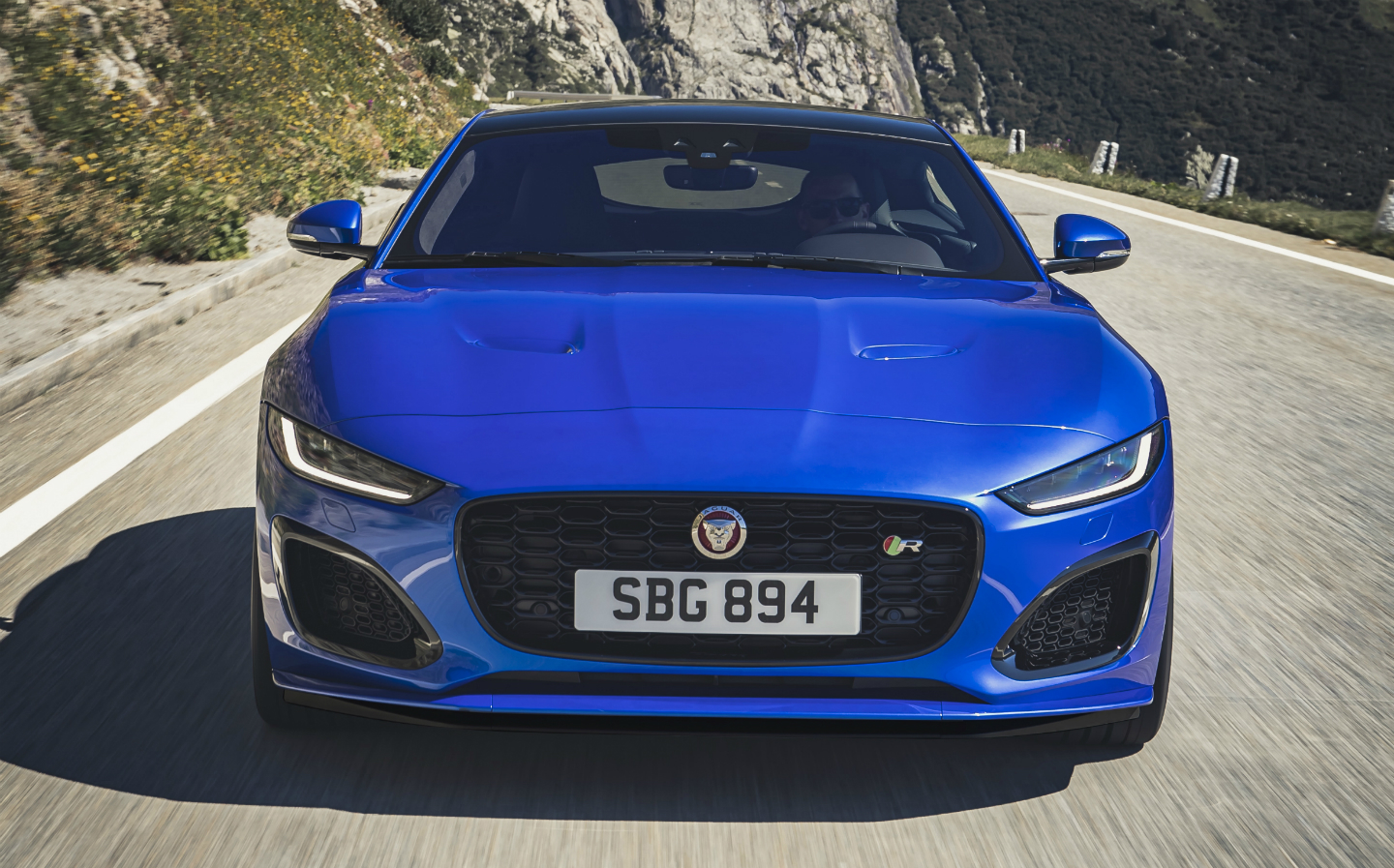 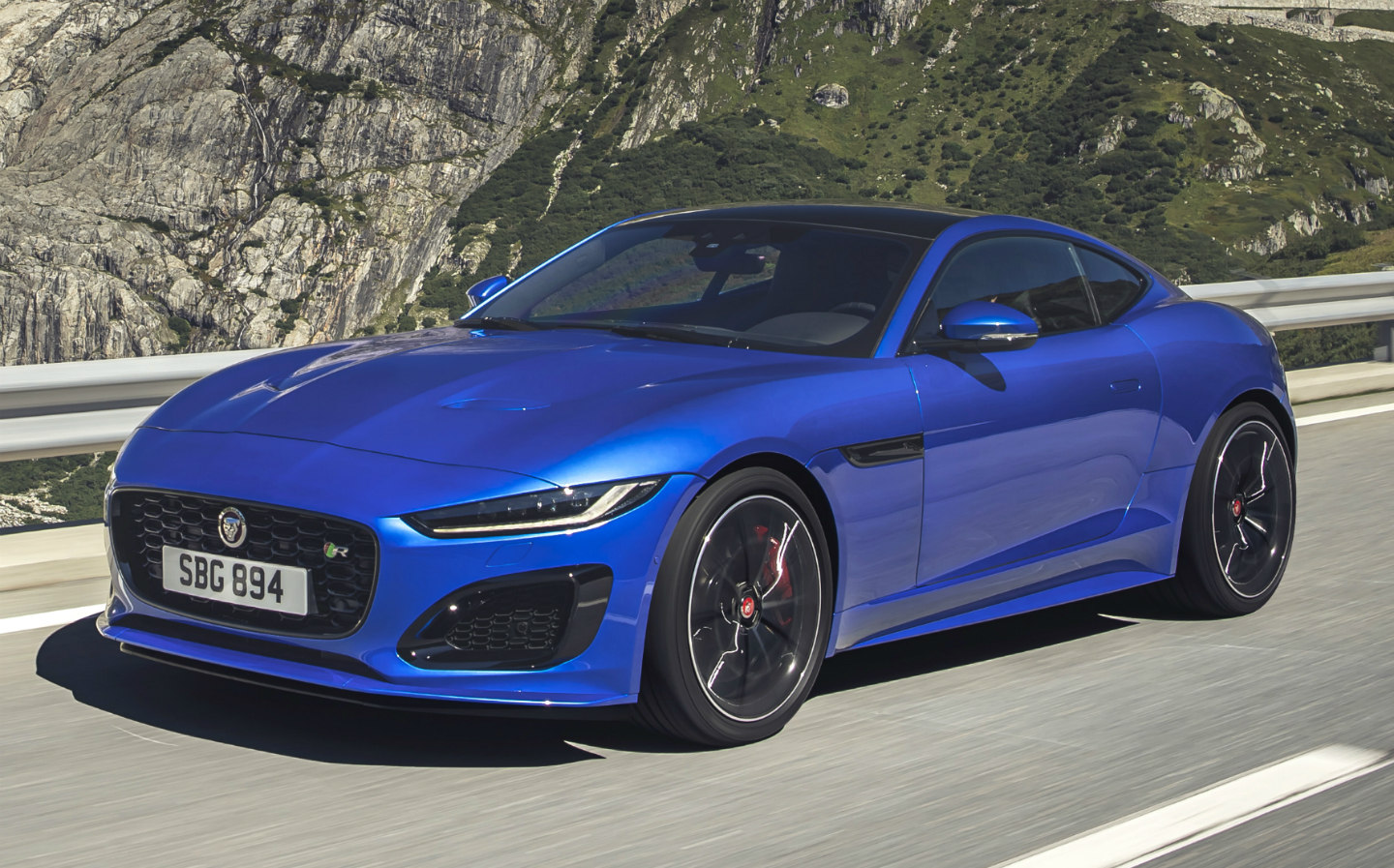 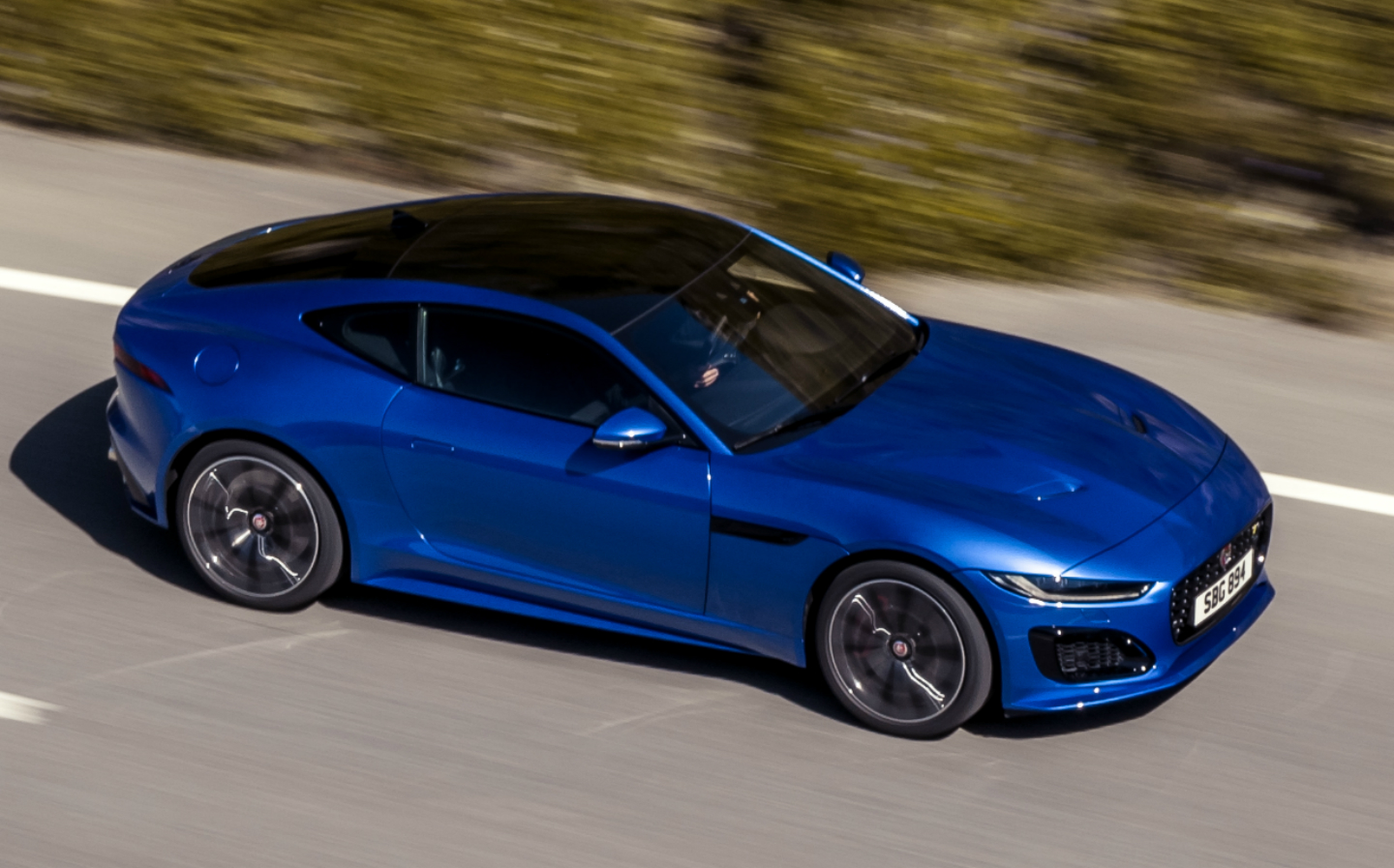 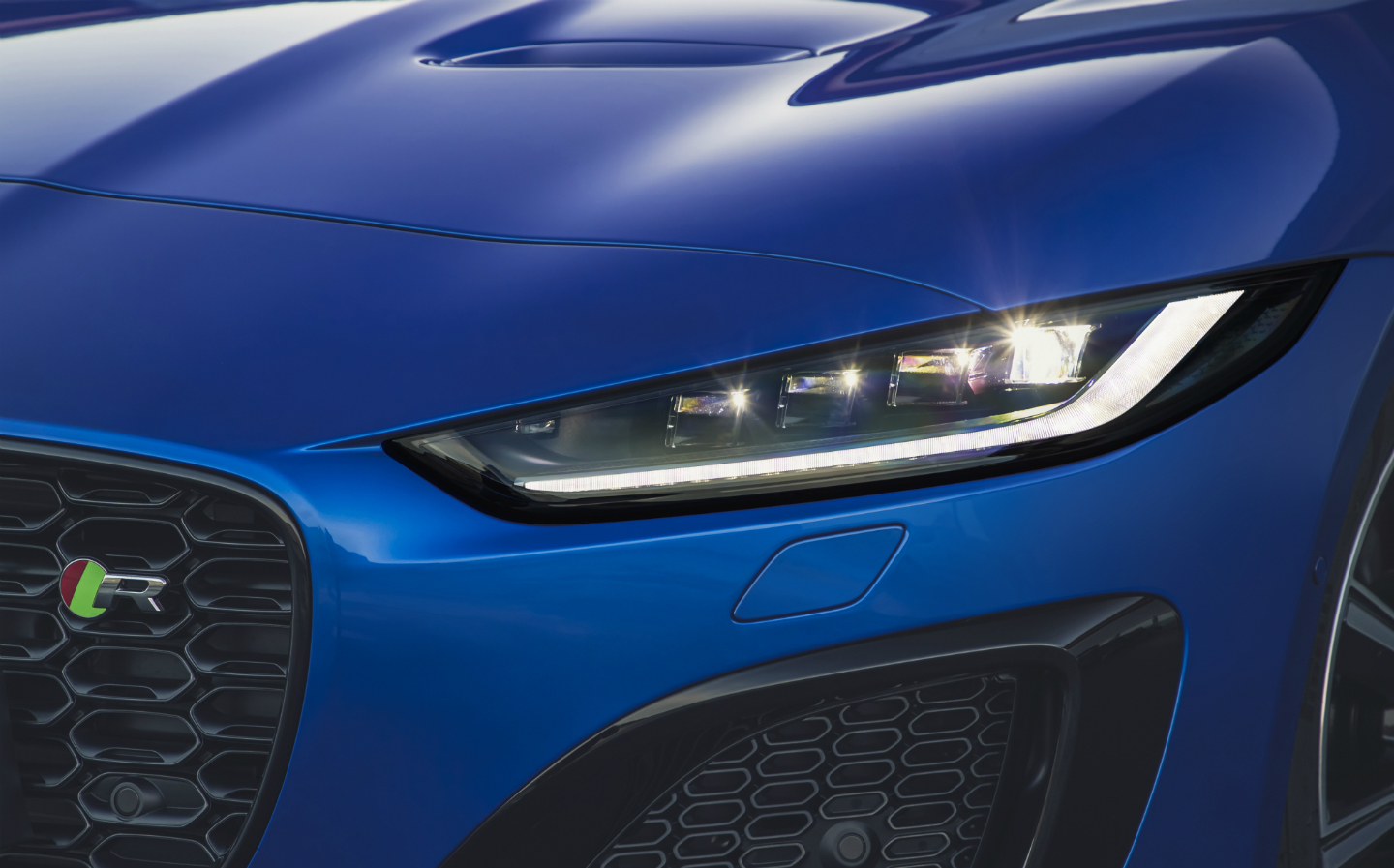 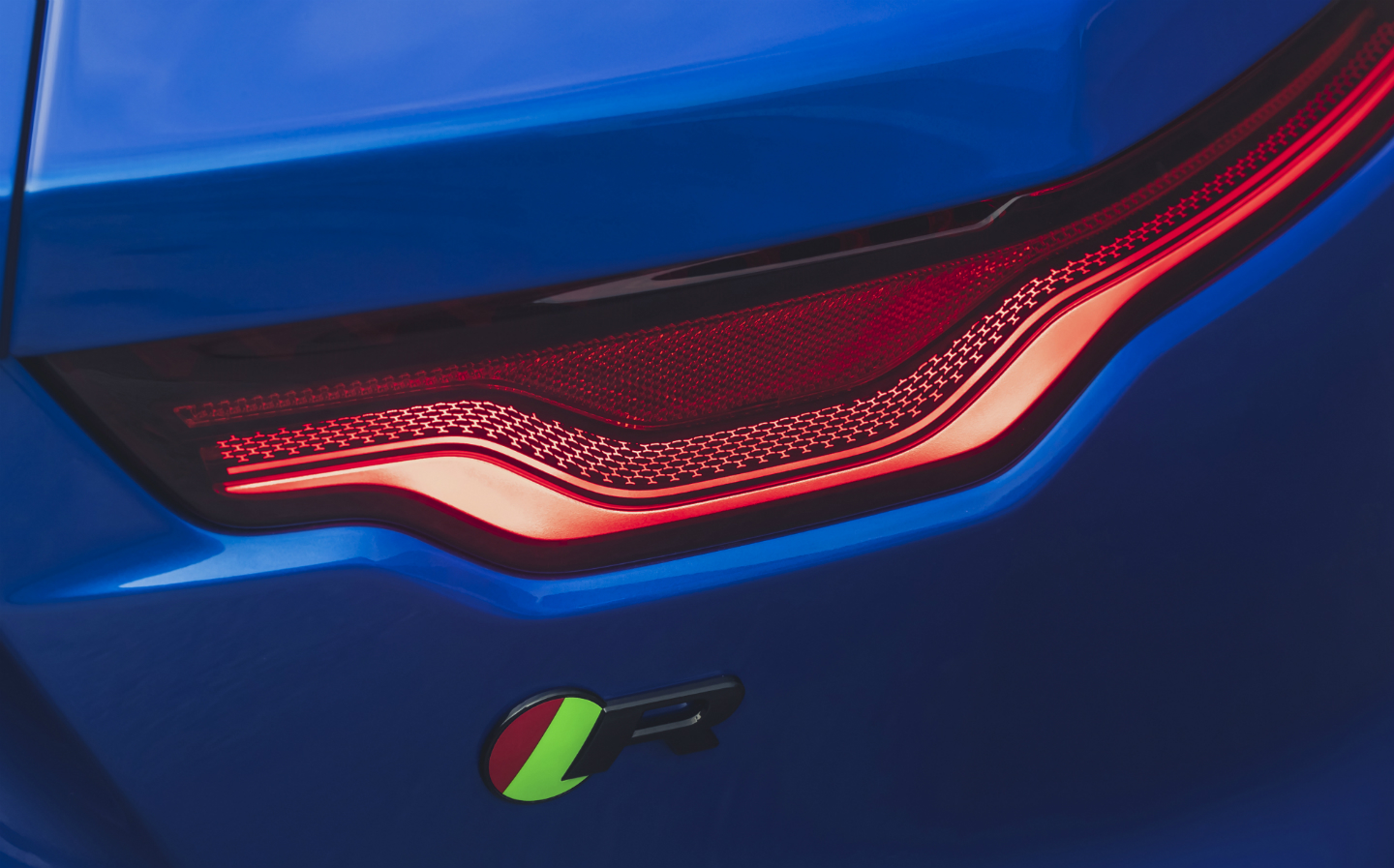 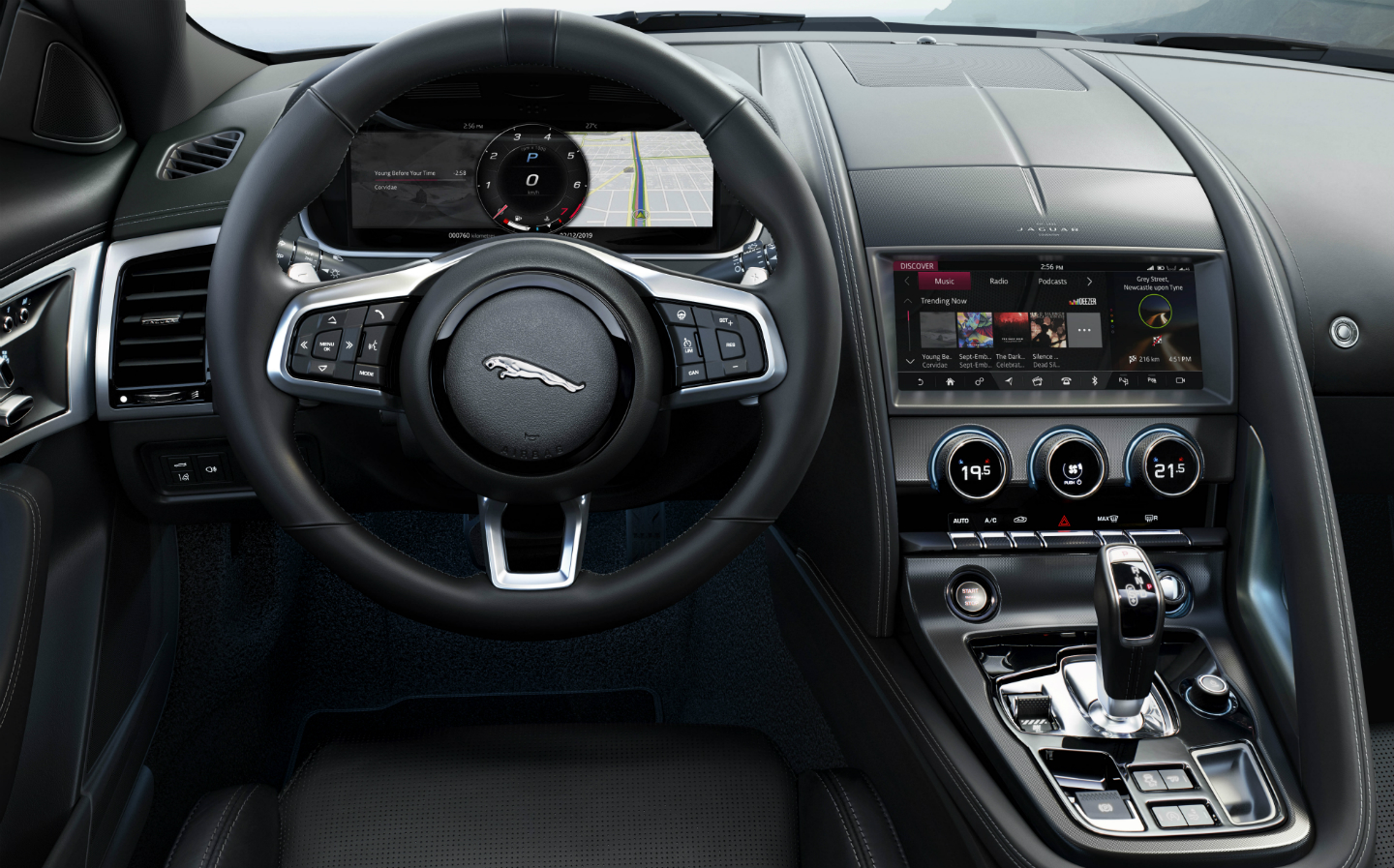 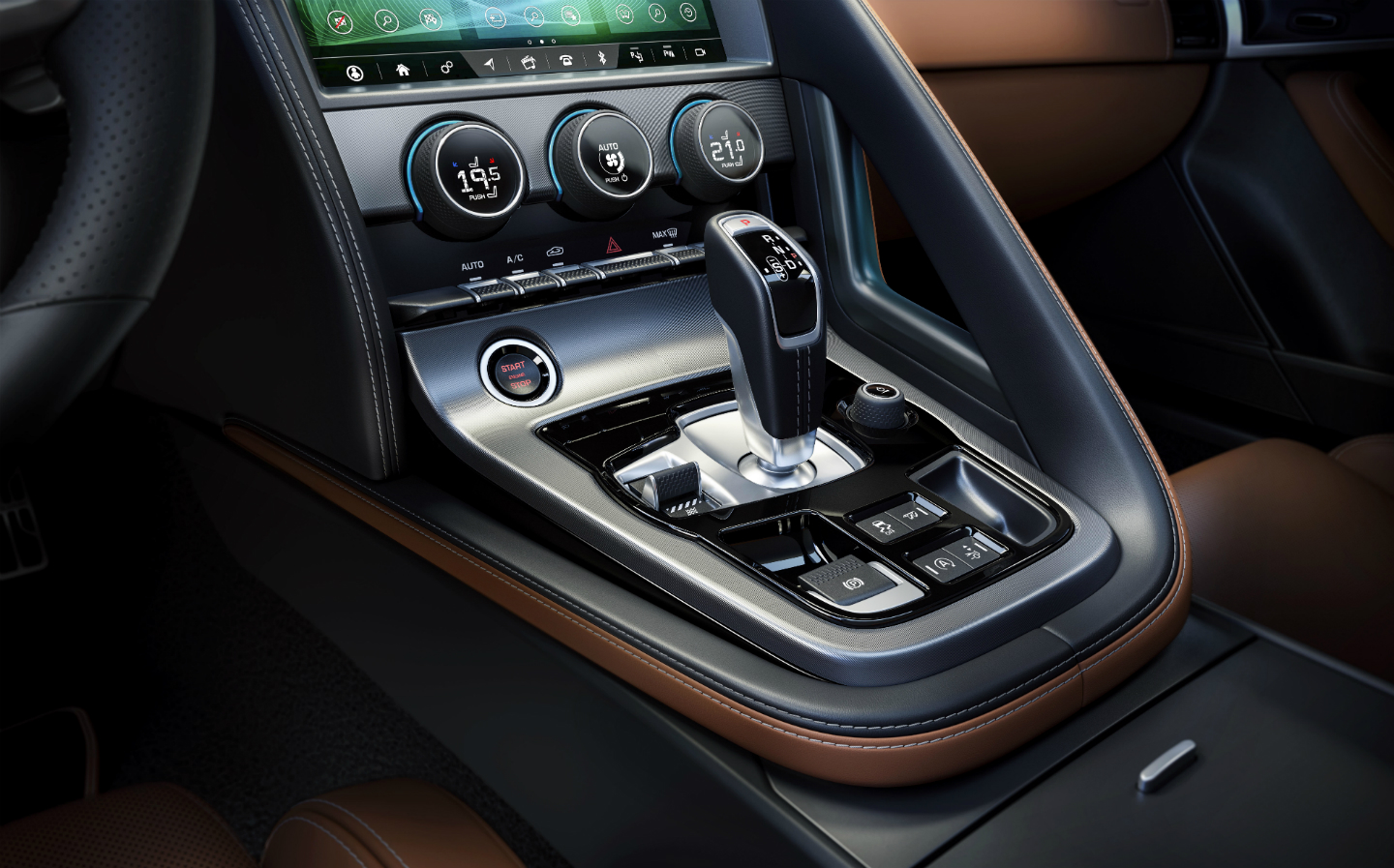 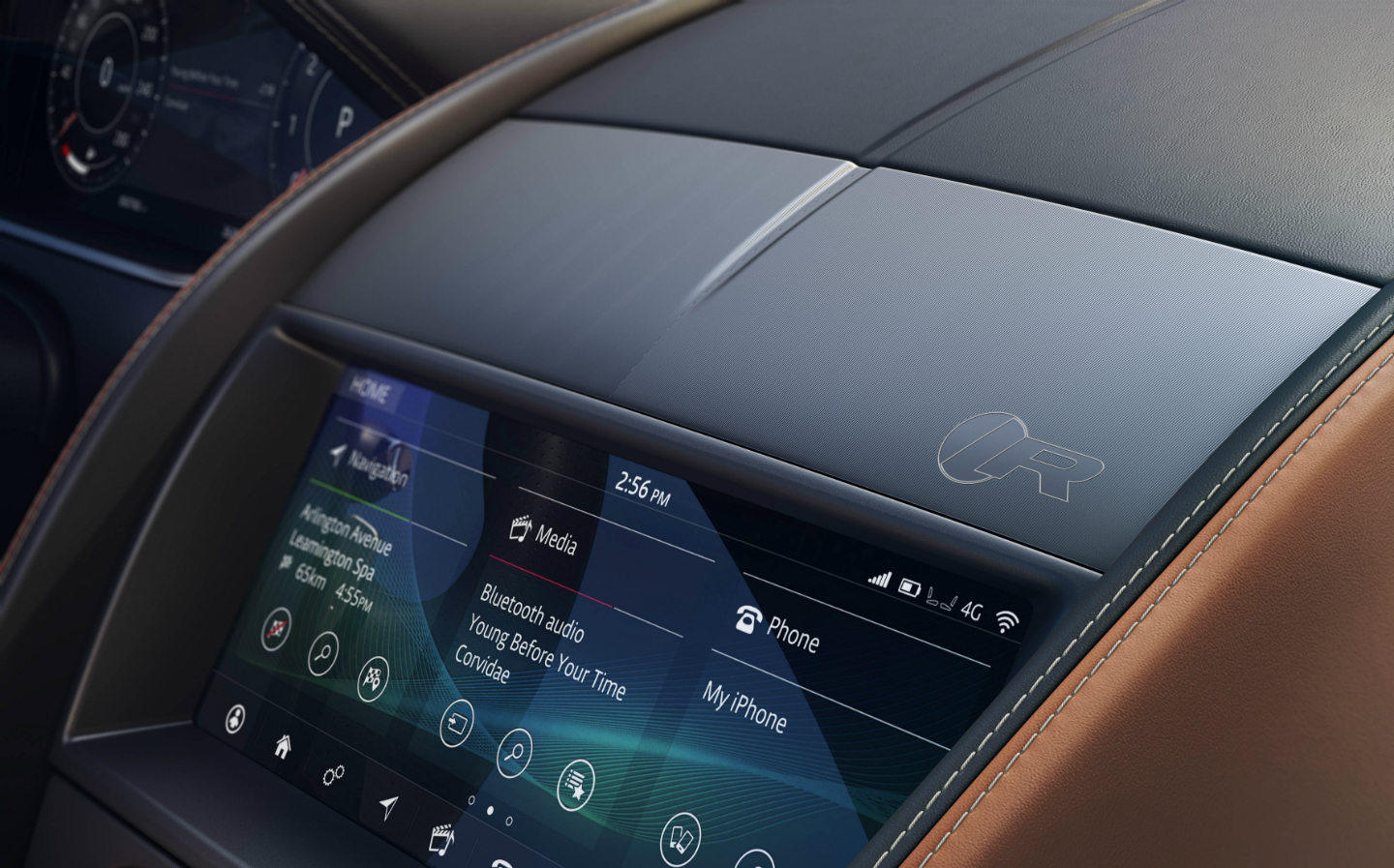 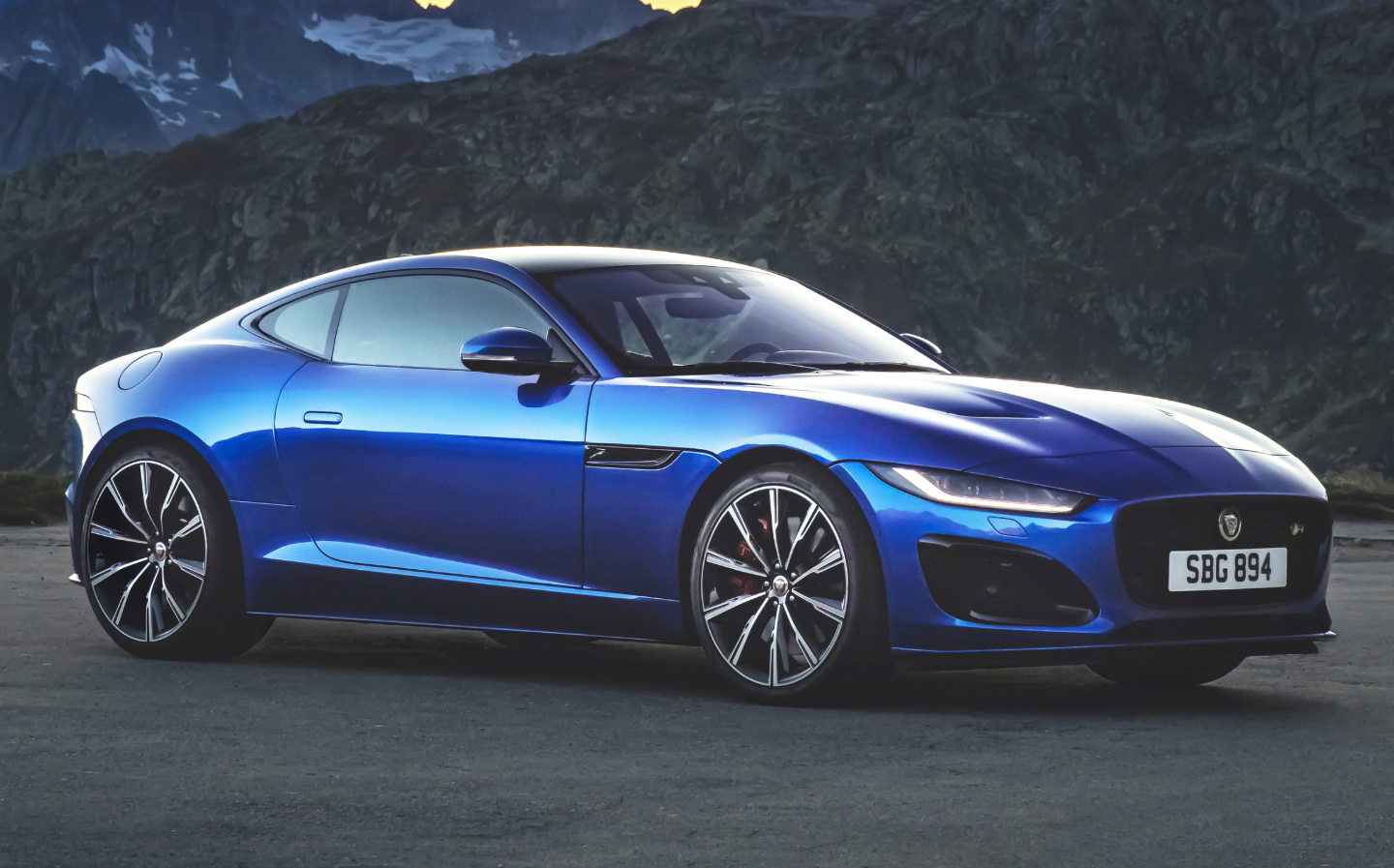 JAGUAR’S facelifted F-Type sports car has roared in with styling tweaks and comprehensive updates under the skin.

The new F-Type has rear haunches broadly similar to the outgoing design, though there are subtle tweaks at the rear such as slimmer rear light clusters.

The front end has been given a bigger makeover. Replacing the original car’s vertical headlights are a pair of slimmer, horizontal clusters that flank a large front grille not dissimilar to the fascia you’ll find on Jags launched relatively recently, including the pure-electric I-Pace and the facelifted Jaguar XE executive saloon, which launched earlier this year. The bonnet has also been given a nip-and-tuck; Jaguar claims the new “liquid metal” surfacing helps exaggerate the F-Type’s visual width, and a pair of vents now sit alongside the retained bonnet bulge.

Those vents are there for more than an aesthetic flourish: Jaguar’s potent petrol engines need plenty of cooling. Even the entry-level, rear-wheel-drive F-type, which comes with a 2-litre, four-cylinder turbocharged petrol engine, produces 296bhp, which is good enough for 0-62mph in 5.7sec and a 155mph top speed, according to the car maker.

Offering the most scintillating experiences will be the pair of 5-litre supercharged V8-engined models, though. Jaguar says the 444bhp variant (which is available with either rear-wheel drive or all-wheel drive) can launch from 0-62mph in 4.4 seconds and top out at 177mph, while the range-topping 567bhp version, which comes exclusively with all-wheel drive, sprints from standstill to 62mph in 3.5sec, and tops out at an electronically limited maximum speed of 186mph.

Of course, that leaves a six-cylinder gap in the new F-type’s engine range, the firm deciding not to retain the supercharged 3-litre V6 petrol from the original car. The six-speed manual transmission has been dropped too, meaning all new F-Types now only come with an eight-speed automatic.

Jaguar have removed a popular engine option but it is being generous with regards to interior equipment. New features include a fully-digital driver’s display, which replaces the old car’s analogue dials, and a 12.3in touchscreen infotainment system that can be updated over time thanks to its built-in, over-the-air software update functionality. The changes don’t fully disguise that the facelifted car’s cabin was first designed towards the dawn of the decade, but F-type drivers haven’t had cause to complain about it over the years.

Jaguar hasn’t announced when the first facelifted F-types will be delivered in the UK, though orders for the two-seater sports car are already being accepted.

The range-topping F-type V8 is firmly in high end sports car territory, however; its base price of £97,280 puts the British bruiser alongside similarly-potent models such as the Aston Martin Vantage and the Mercedes-AMG GT.

While the new F-Type comes as standard as a coupé, buyers can opt instead for the convertible version. Unsurprisingly, doing so bumps up the price a bit: four-cylinder and 444bhp cars become £5,480 more expensive when the fixed roof is replaced with folding fabric, whereas the 567bhp V8 variant is £5,090 pricier as a convertible than it is as a coupé.