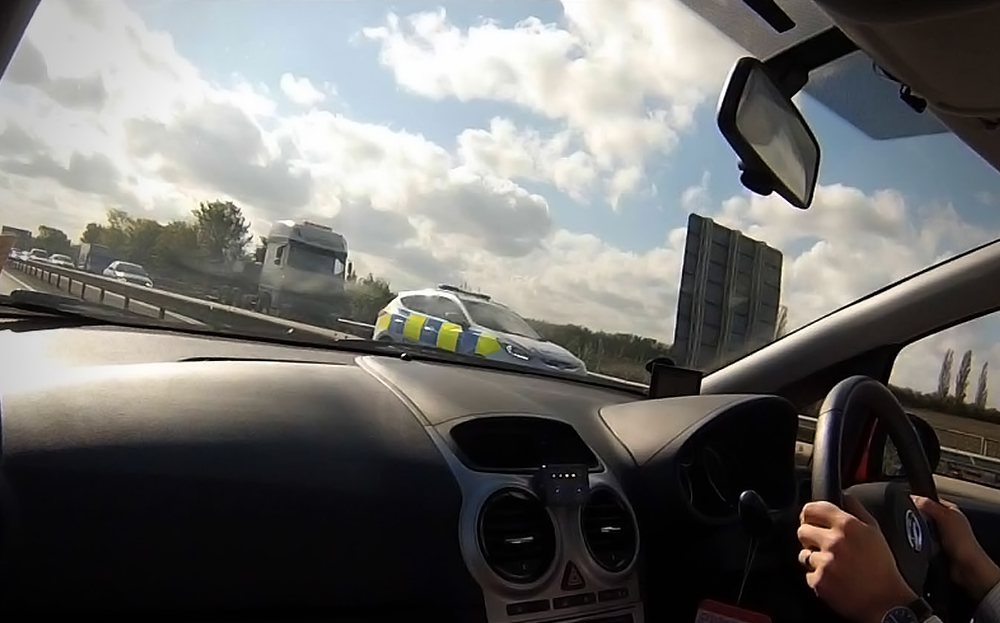 IT COULD be every crook’s must-have gadget — a device that can warn when a police car is nearby.

The small dashboard-mounted display alerts the driver by bleeping and lighting up when it senses police radio transmissions. It also reveals when ambulances and fire engines are near. The maker claims that it is useful for telling drivers that an emergency vehicle needs to overtake.

Target Blu Eye has its critics, who predict that the device will be used by irresponsible drivers to make sure that the coast is clear while they speed or use mobile phones.

The £999 system (plus £100-£200 for installation) monitors the frequencies of emergency services’ Tetra and Airwave radios and, according to the manufacturer, listens for the distinctive regular pulses sent by the radios every four seconds. These could be emitted by marked or unmarked vehicles; by radios worn by beat officers or mobile speed camera operators; or by radios in police helicopters. When a transmission is detected, the driver is alerted.

CBS Automotive, the Cambridge-based importer, says that because the system cannot decipher the information being transmitted and does not interfere with the frequency, it is legal to use.

“People driving with Blu Eye are more aware of their speed and driving behaviour, which makes them check that they are doing everything OK.”

Driving tested the device in and around Cambridge, setting it to maximum sensitivity so that it would detect any emergency radio within 1,100 yards. Near Addenbrooke’s Hospital the black panel lit up, and it chirped repeatedly as we passed ambulances.

Out on the motorway it gave ample warning of a police car approaching on the opposite carriageway. The LEDs slowly went from green to yellow to red. In theory this gave plenty of time to check the speedometer or stash any mobile phones that shouldn’t be in use.

“As it does not distinguish between a police car, ambulance or fire engine responding to an emergency or one that is simply driving under non-blue-light conditions, this particular device is sadly just as likely to be bought by a minority of motorists who wish to evade being caught behaving illegally,” said David Bizley, the RAC’s chief engineer. 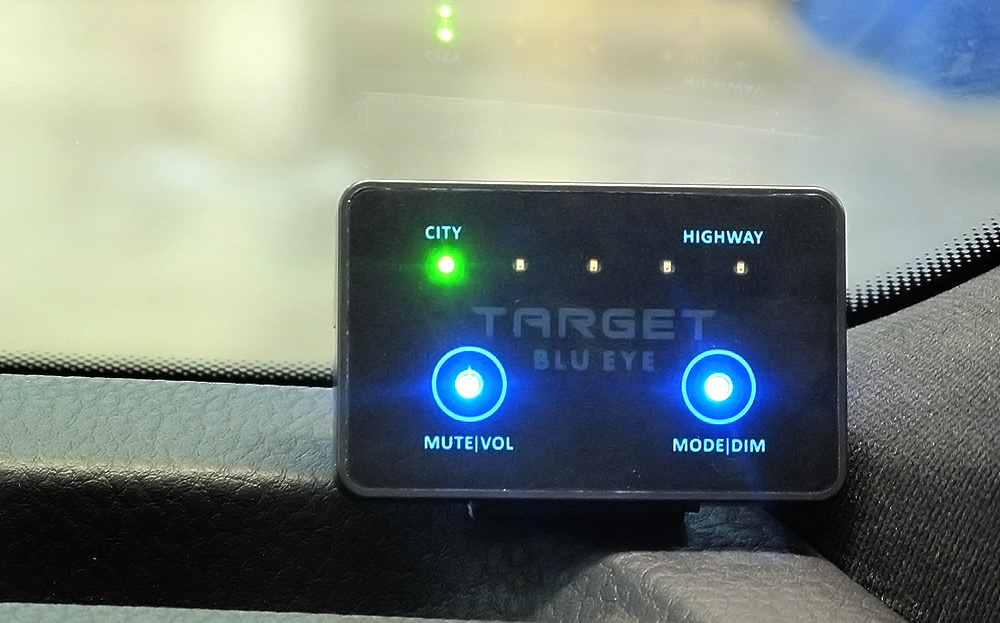 It is an offence under the Wireless Telegraphy Act 2006 to listen to police radio in the UK. In any case, the move from open analogue to an encrypted digital system has made it practically impossible to hear what is being said on police frequencies.

The makers of Target Blu Eye insist, however, that it is not illegal simply to listen for the presence of police radios and could help save lives by warning motorists of approaching emergency vehicles. Sound insulation in modern cars, plus the popularity of powerful car hi-fi systems, means that many drivers now don’t hear sirens in time to move out of the way. The flashing LEDs on the Blu Eye are harder to miss.

“We promote the safe side,” said Jan Rijks, the Dutch inventor of the device. “Of course, people may say, ‘I want, now and then, to drive a little faster’, but in a big city there is no licence to speed because there is always the presence of emergency vehicles, which could be ambulances or fire engines. People driving with Blu Eye are more aware of their speed and driving behaviour because you get alerts, which makes people check that they are doing everything OK.”

The police appear unconvinced: “We welcome careful driving from all road users and appreciate the assistance of motorists in allowing emergency-service vehicles optimum conditions for doing their job,” said the Association of Chief Police Officers.

“We would, however, remind road users that it is an offence to impede or obstruct the work of the police, and this includes warning drivers about police activities to combat offences on the roads.”