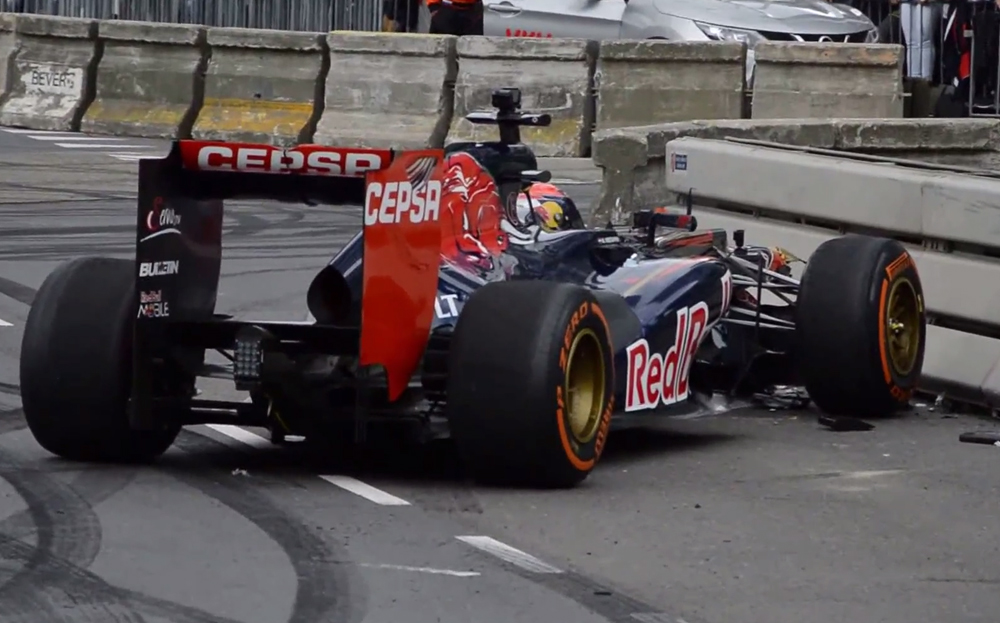 ALL KIDS make mistakes, but 16-year-old Max Verstappen will have more reason to be red-faced than most after crashing a £1m Formula One car during a demonstration run in Holland.

Driving a 2011 Red Bull Racing car, Verstappen was attempting a series of doughnuts in front of the Rotterdam crowd but got off to a bad start by locking the front wheels and having to be pushed back from the barrier by marshals.

Worse was to come seconds later, however.

The Dutch racing prodigy (and son of Jos “the Boss” Verstappen) hit headlines earlier this month after it was announced he would be replacing Jean-Éric Vergne in a race seat at Toro Rosso in 2015. Verstappen will turn 17 in September but that still makes him the youngest driver to land an F1 drive in the sport’s history, with the previous youngest being Jaime Alguersuari, who was 19 years and 125 days old when he made his F1 debut, also for Toro Rosso, at the 2009 Hungarian GP.