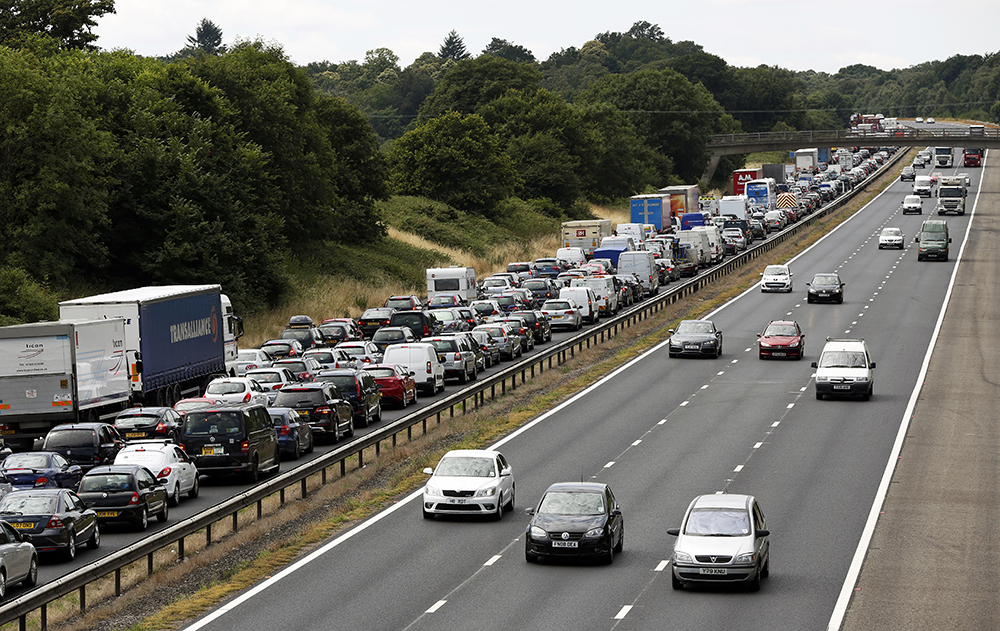 A DOUBLE-WHAMMY of Bank Holiday sun-seekers and the threat of a strike on London Underground is likely to cause major travel disruption for drivers this weekend, warns Inrix, a traffic intelligence company.

The South East will be worst affected with delays of up to 40 minutes on the M25 western stretch between junction 7, where the motorway meets the M23 to Gatwick and Brighton, and junction 21A, where it meets the M1 taking drivers north.

Similar delays are also expected on the M4 between London and the West Country.

If talks between management and the union fail today, Thursday, the strike on London Underground will run from midnight on Saturday to 8am on Tuesday. The prospect could push more cars onto London’s roads as people look to escape the capital.

Inrix said the weekend’s busiest periods would fall between midday and 5pm on Friday, when drivers should expect a 60-minute journey to take 90 minutes in the most congested areas, and on Monday from 9am to 4pm as drivers head home.

To ease congestion, the Highways Agency has said it will suspend 75% of roadworks.

Inrix has produced a table, below, showing the worst-affected roads and suggesting alternative routes to avoid them.

Most congested routes with suggested alternatives