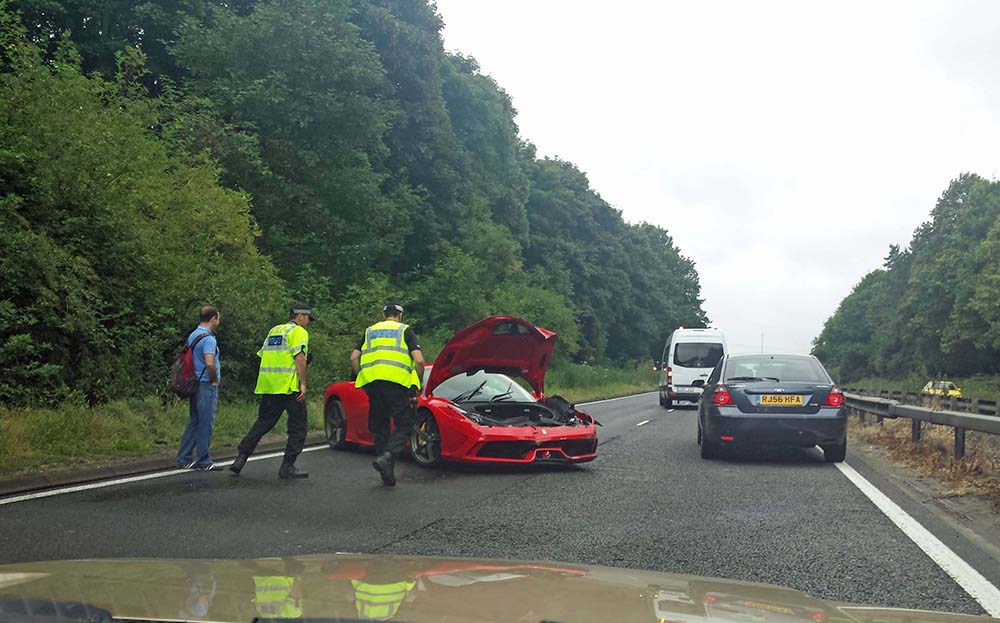 A TEST drive turned into a crash test for one unlucky Ferrari driver.

The man was driving the new 458 on the A12 in Essex when, according to witnesses, it spun into another car and crashed into the central reservation, before coming to rest facing the wrong way on the inside lane.

It was believed the car, which costs around £200,000 and has a top speed of over 200mph, was being test driven by a customer in the presence of a salesman. Police were called to the scene but fortunately, the vehicle’s two occupants were unhurt.

Michael Carpenter, who witnessed the aftermath of the accident, said: “I saw the police move a VW Bora onto the hard shoulder. It was then I saw the Ferrari with damage to the front and rear corners.

“It had been raining just shortly before and I’m guessing they had spun out and hit a nearby car.”

A spokesman for Ferrari said the company could not comment on the origin of the car.

“Ferrari takes the privacy and confidentiality of its clients very seriously, and therefore we are unable to provide any information about an incident of this type to a third party, except the necessary authorities where we are asked to do so.”

Search for and buy an immaculate, used Ferrari 458 on driving.co.uk